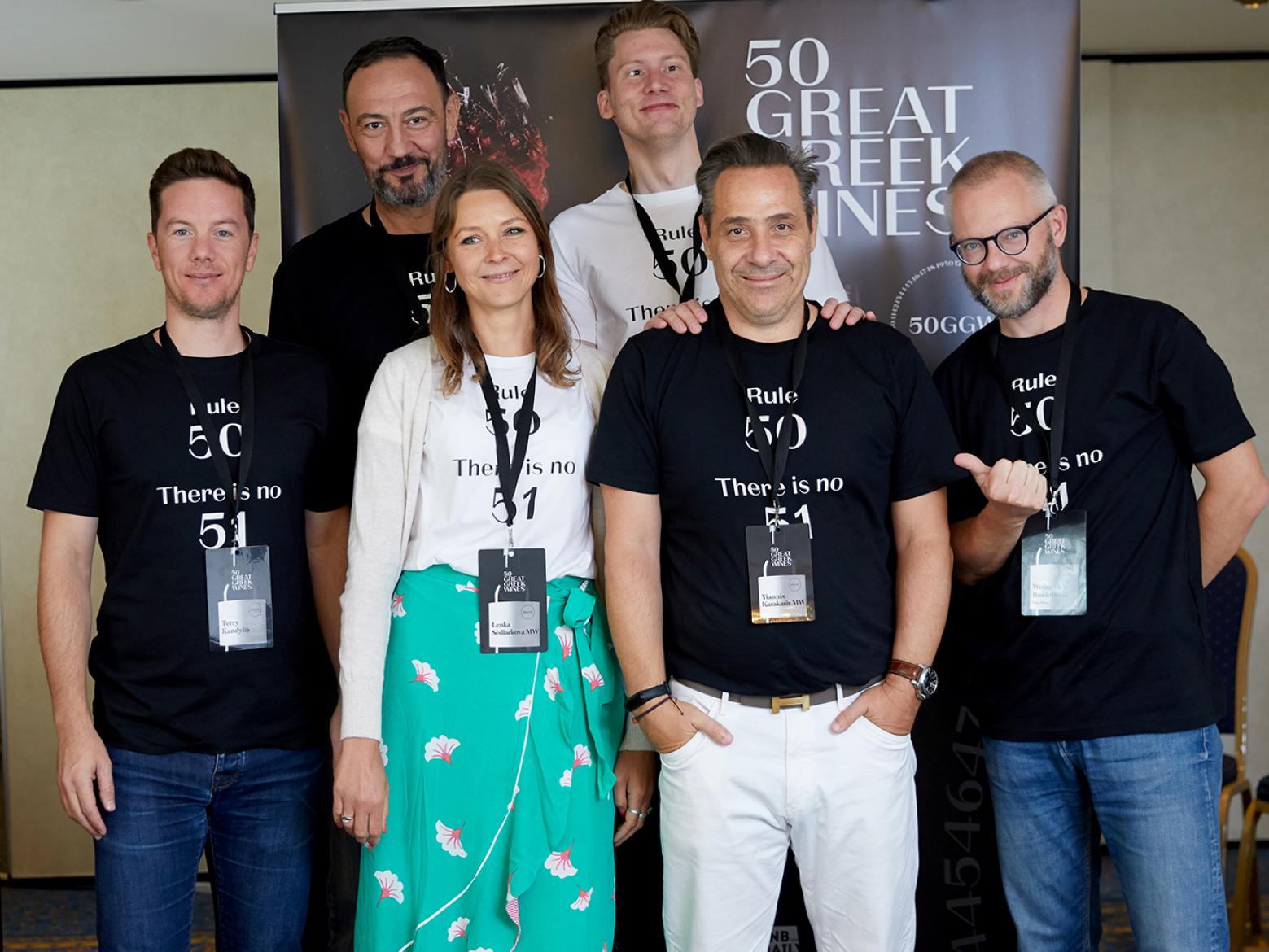 The dust has now settled from the much anticipated and super exciting wine competition that took place in Athens last month, the 50 Great Greek Wines. I was very happy and honoured to be part of the judging process, which lasted four full days, and during which we evaluated more than 420 wines (roughly 140 wineries) from around Greece. The 50 winners can be seen here.

The fact that we have 5 Assyrtikos in the top 10 is no surprise to me. Greece’s superstar grape didn’t fail to deliver; some wines were truly world-class according to the international judging panel. If there were a surprise or two it might have been the fact that the top10 was not dominated by the island of Santorini, as T-Oinos and BiBlia Chora composed part of the Assyrtiko team. This not only shows that the grape can excel outside the island, as it adapts well to different soil conditions (like the granitic boulbenes of Tinos or the limestone-rich soils of Pangaio), but it is also well suited to a variety of climatic conditions. Tinos can harvest up to a month later than Santorini, without a substantial drop in the final acidity of the finished wines. The profile of the wines is very different, ranging from the ultra-sharp and focused, mineral-driven styles of Santorini and their high dry extract, to the more vertical, but softer acid and fruitier styles from Tinos and northern Greece.

Assyrtiko, our ace of spades, will soon find itself up against international examples from Australia, South Africa or California. We had better be ready for this challenge; albeit, this competition gave me the confidence that our winemakers have really started to understand the grape and their respective terroirs.

The big question is: which red grape variety will be Assyrtiko’s counterpart and will take the place of its equivalent in red wines? For years it has been thought that the answer lies between Agiorgitiko and Xinomavro. Both have the qualities and the character to be considered noble varieties. The former has an appealing juicy red fruit character, with a moderate tannic structure and crunchy acidity, that is easily understood and widely appreciated by any modern wine drinker. The latter echoes its name. Difficult to pronounce for non-Greeks, with gripping tannins and high acidity that can be challenging to the less trained palates. But, an absolute ‘must-have’ for serious connoisseurs that want to have an alternative Nebbiolo or Pinot Noir in their cellars, with very good ageing potential. The fact that we saw three Xinomavro based wines in the top 10 is not a surprise either.

The other point I would like to discuss is the progress I noticed in winemaking. A couple of years ago I was part of a Greek expert panel for the famous Decanter magazine. During that tasting, not only did we all come across many faults that are due to careless hygiene in the winery but also with over-oaking and high extraction, which was particularly common for Agiorgitiko. And, despite the fact that there are many wines still made in this fashion, there are even more which are made according to the demands and trends of the modern world. Juicy and crunchy wines, with moderate alcohol, with either less new oak or completely unoaked, that enhance the ‘drinkability’ factor, as I call it. And which, to me, confirm the fact that Agiorgitiko can be a crowd pleaser and a fantastic alternative to many modern wines from around the world, at a fraction of their price. That we have a well crafted Nemea (Greece's largest wine region) in the top 10 makes sense. The opposite would have definitely been a surprise. Also, a good number of Agiorgitiko based wines were included in the top 50, not only from Nemea. 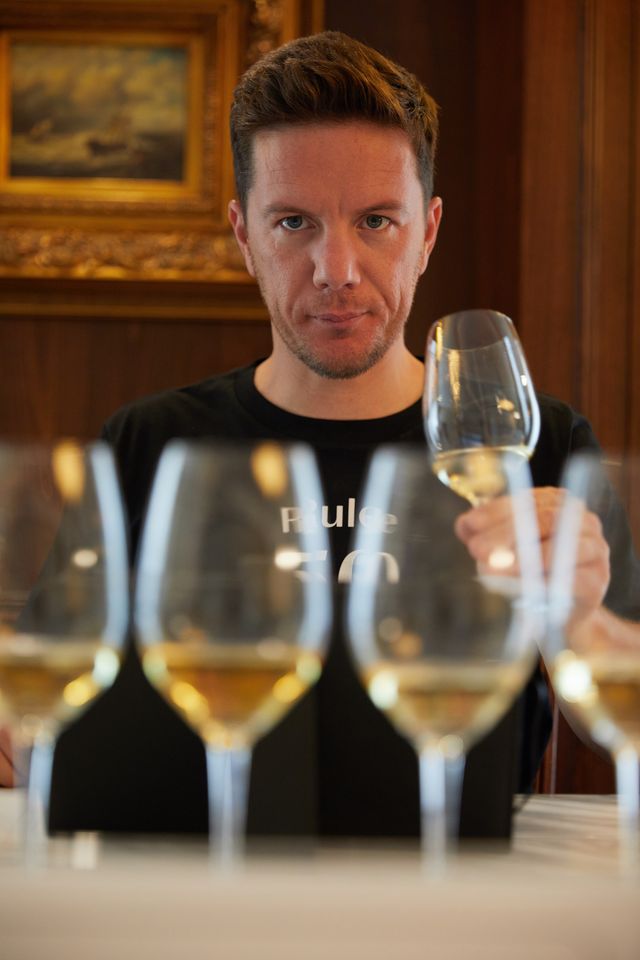 Of course, Greece has many more than 3-4 grape varieties. Looking at the rest of the list, in terms of white grapes, the Cretan varieties Dafni & Vidiano showed their potential with their unique aromatics and structure. The same can be said of the aromatic varieties like Moscofilero (Moschofilero) and Malagousia. Some of these were truly charming and seductive. Moreover, we shouldn’t underestimate Muscat! Especially wines from high altitude areas, where elevation compensates their naturally modest acidity. Savatiano may have fewer aromatics than the varieties mentioned above, but it does not lack character and deserves more attention.

Of the other red varietals that were positioned in the top 50, it came as no surprise that there were quality wines from grapes like Limniona, Limnio or Mavrotragano. It also came as no surprise to find Crete’s top Liatiko producer among the top 50. Nevertheless, the fact remains that the whites are performing much better than the reds on the island.

As for international grape varieties, Rhône varietals seem to adapt to our terroirs and climate best, and this was confirmed by the Viognier which made it into the top 10 and the Syrahs into the top 50. I have to confess that I found most international reds based on Bordeaux varietals either lacking in character or heavily extracted and overripe, quite frequently with drying tannins and high alcohol. It doesn’t surprise me that we didn’t see any in the top 50. Could it be that more precise picking, less new oak, less extraction and manipulation in the winery will do the trick? Just food for thought.

Do you know what the saddest thing of our times is? Pandemic apart, the fact that the world is drinking less dessert or fortified wine. Such a pity, because Greece makes stunning ones! This was the favourite part of our tasting…

And last but not least, I would like to highlight the importance of vintage variation. Top wines for both Assyrtiko & Xinomavro came from 2016, which clearly states the dynamic of the vintage. We all know the difficulties of keeping back vintages, but wouldn't it be worth the investment on top wines?

The general impression was that white wines are more technologically sound than the reds, with some a bit too ‘technical’. The quality of reds has improved over the last couple of years and I was happily surprised with the more minimal approach that many winemakers are following. I hope this trend will continue and more vignerons will trust their work in the vineyard, highlighting their fruit rather than their winemaking abilities. 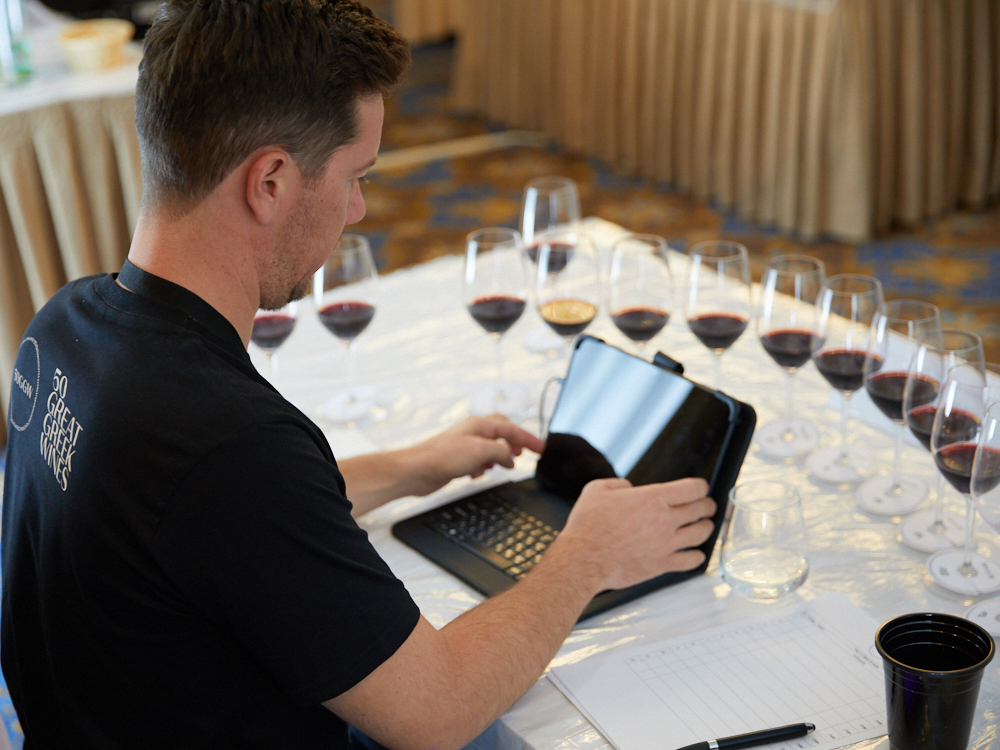