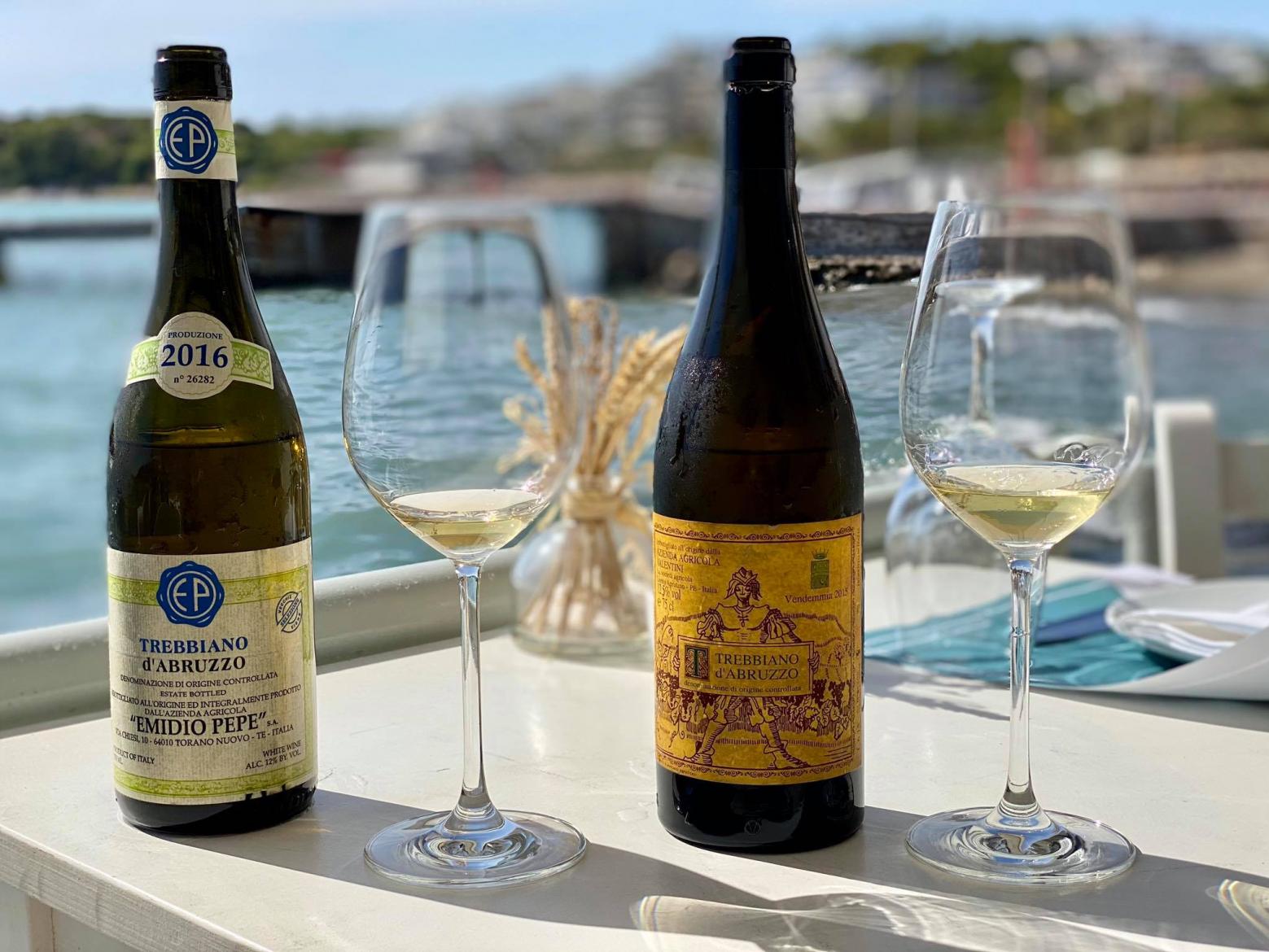 Whenever I find myself at the Bluefish restaurant, situated on a lovely cove in Vouliagmeni, just a twenty-minute drive from the centre of Athens, I can’t help thinking what a privilege it is to be able to feel the proximity of the sea, as if one were on one of the celebrated Greek islands. I was enjoying an ordinary Sunday lunch and once again chef and owner George Economidis and his team were spoiling us with his excellent seafood dishes that are always made with the freshest catch. It is worth looking up the wonderful and very detailed post by my good friend Panos Kakaviatos describing his experience at the Bluefish restaurant. But, amazing food needs amazing wine, and here the wine could only be the best, as I happen to have put together the selection. There are two separate lists, one which is more standard, and one which is more advanced featuring some precious gems like Ulisse Collin, Emidio Pepe, Agrapart, Egon Muller, Envinate, Miani, Vacheron and more.

This particular Sunday, I had got it into my head to experience the ultimate tasting of Trebbiano d'Abruzzo placing two legendary producers side by side. Emidio Pepe vs Valentini! And I almost managed to get the same vintages. Well, almost, as Pepe's was a 2016 vs Valentini's 2015.

First things first. It is important to understand or at least try to understand some key facts on the variety. The legislation states that a Trebbiano d' Abruzzo DOC must be produced of a minimum 85% Trebbiano d' Abruzzo or more neutral Trebbiano Toscano or a combination of these two grapes plus other white varieties authorised in the region. Alternately up to 85% of Bombino Bianco can be used, which many think is identical to Trebbiano d'Abruzzo, but DNA profiling has failed to confirm this (wine searcher). I told you it was going to be complicated. The reason for this ''anomaly'' is that these two varieties have frequently been misidentified for one another and/or thought to be interchangeable.

Tasting the wines side by side was a stimulating exercise. I have tasted some old vintages of both wines going back to the 90s and 00s but never next to each other. And never blind.

The first one was paler in colour with a moderately intense nose. Smokey mineral, maybe flinty with a core of stone fruit and toasty, nutty undertones. Lovely acid and definition on the palate with elegant citrus complexity. A 12.5% abv giving the impression of maybe 13%. That was the definition of power and elegance. A Grand Cru Chablis in terms of Burgundy?

Number two was quite different; more evolved in terms of colour with a golden hue pointing perhaps to an older wine compared to number one. Stylistically on the antipodes. Broader, honeyed and rich, with intense marzipan like finish. That was my Roussanne-like, broader, deeper and more buttery of the two with more phenolics and an appetizing bitterness.

Which was better? I really don't know. I drunk both glasses with immense pleasure. Both wines created a wonderful discussion on the table with my friends Stefanos and Dimitris. But I have to be honest, while I value the ‘eleganza’ of Valentini (which was the first wine in the line up) I was seduced by the depth of fruit and creaminess of EP.