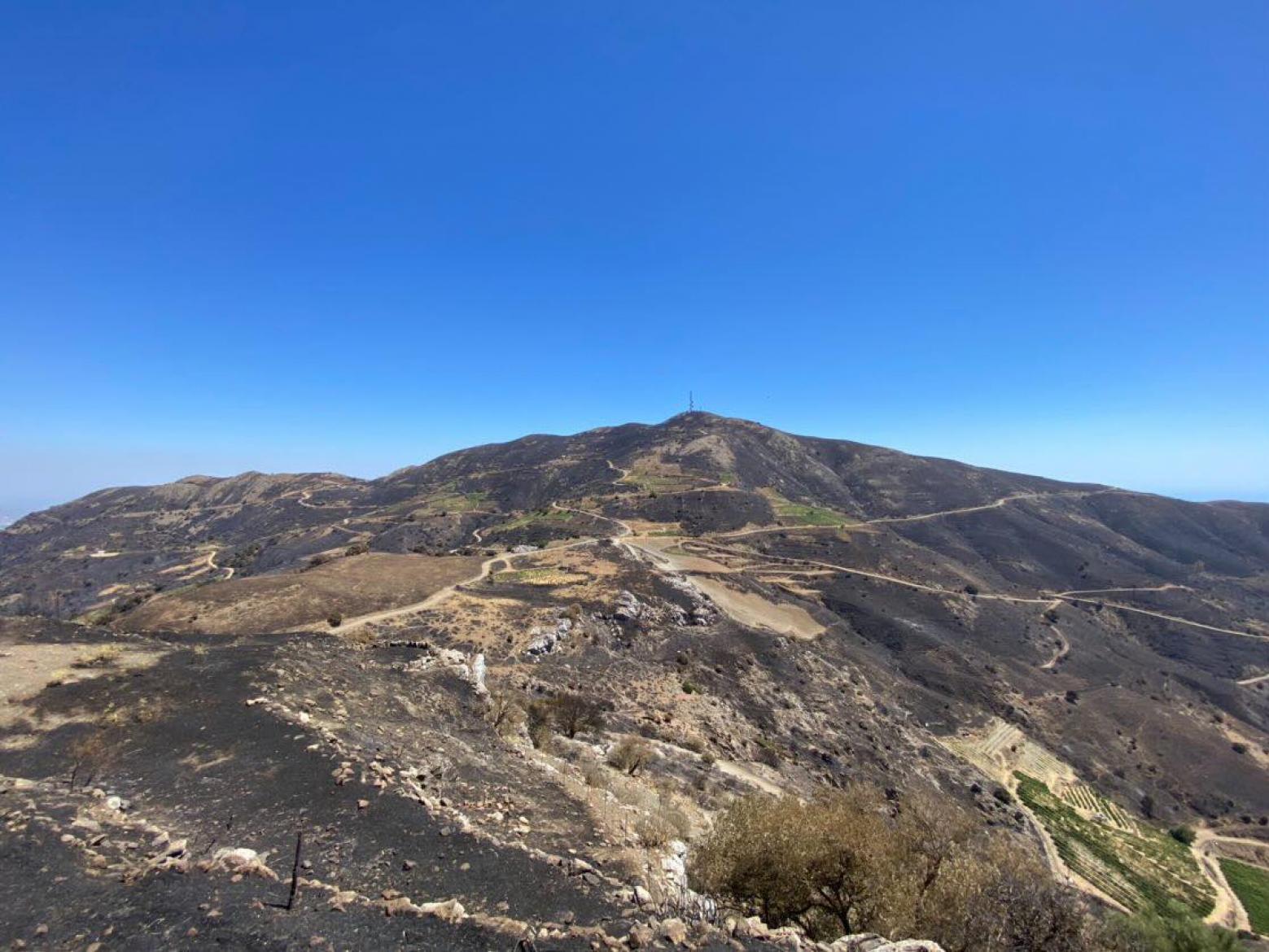 I wouldn’t say I like writing about disasters, it honestly makes my heart ache, but the choice of turning a blind eye is (sometimes) not a choice at all. The recent wildfire caused a major catastrophe in the village of Melambes of Rethymnon, Crete. A village that had just recently re-entered the wine maps due to the efforts of a young producer, who decided to regenerate a forgotten vineyard with old Vidiano vines. Iliana Malihin managed to bring together a whole village, and she deserves much credit for that and for producing exciting wines.

But, “of the 34ha, very little is left; I haven’t got the full picture yet”, she writes hurriedly and adds that even if they manage to harvest what is left, the wine will have smoke taint...The situation is quite disheartening as the vines affected by the extreme heat may produce in about three years, whereas those that were burnt and whose trunk has turned to coal may, at best, if they manage to reshoot, make something in 5 years.

“For Melambes, this is a total catastrophe. The families have been hard-stricken and will lose their income for five years and more than ten for the olive groves. The situation has divided the local community as members seek liability, " she continues. This is a massive blow to her as well since the winery had built its philosophy around the particular characteristics of the area. Melambes accounted for 80% of the wine production; the rest was from Fourfouras and Meronas.

Moreover, apart from the magnitude of the disaster for all those involved, the question of how cultural heritage is protected arises, as not only the old own-rooted pre-phylloxera vines were burnt, but also a large number of centenarian olive groves. Iliana feels tremendously distraught as she had repeatedly requested protection but to no avail. The least we can do for her and the village is to help. Below you can find the link to a crowdfunding campaign for Iliana and her producers.