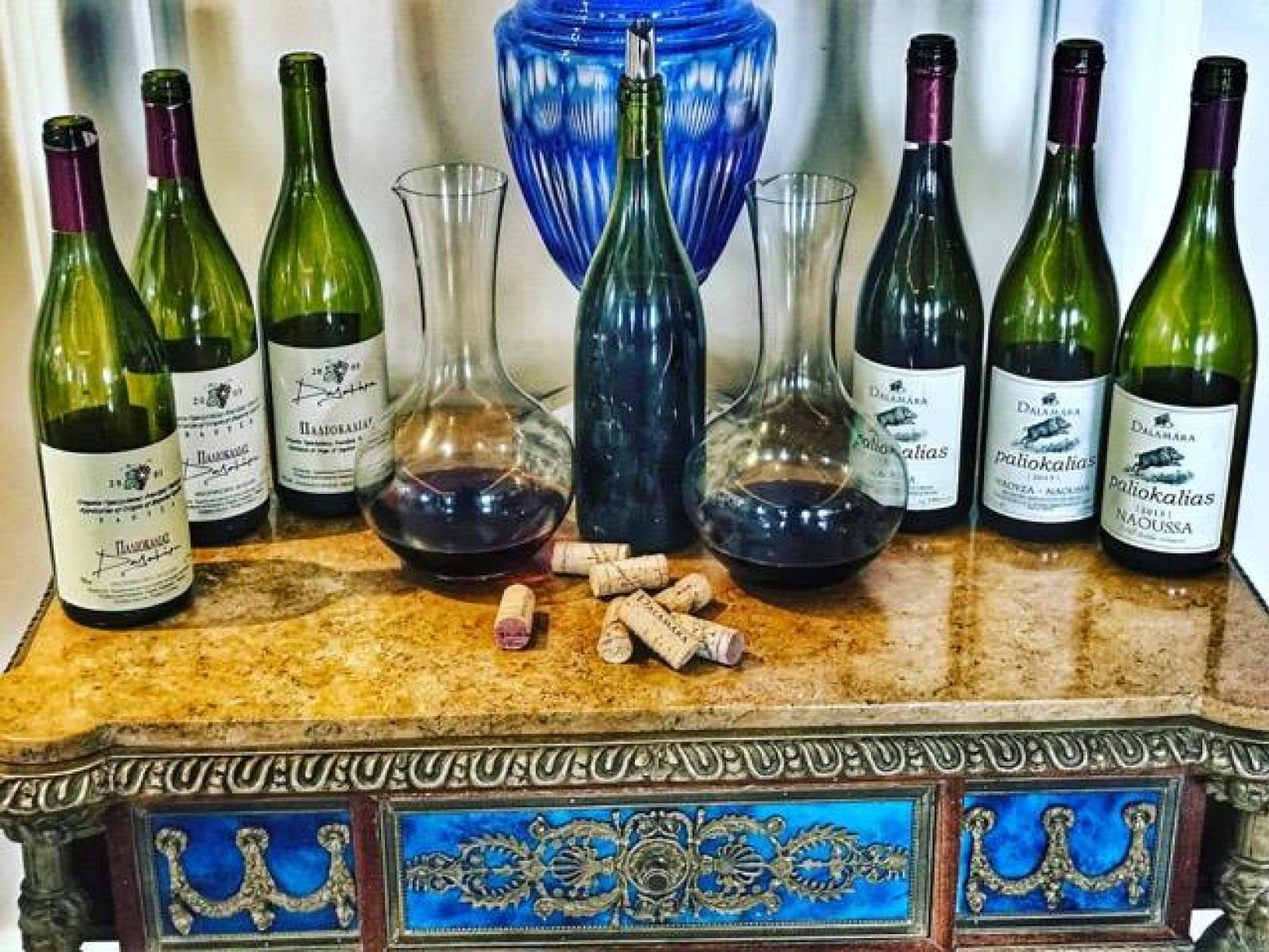 Anatomy of Paliokalias vineyard in Naoussa region through a vertical of seven vintages going back to 1997.

Ktima Dalamara history is one of the oldest in the Greek wine scene, dating back to 1840. Today on the lead is Kostis Dalamaras, a hugely talented winemaker, marking the sixth generation of a family of winemakers. He is positively supported by his wife Maria Doulgeridou. In total 5.7 hectares of organically grown grapes are cultivated in Naoussa region, mostly Xinomavro bringing total production to approximately 30.000 bottles.

The most symbolic, signature and characterful wine is their single vineyard Paliokalias Naoussa which was acquired in 1960 - the original part is the Barba Giorgis and V3-V6 parcels shown in the center of the map pictured below, The remaining parcels were gradually added later on to almost 5 hectares. In the central part of the vineyard 0.32 ha of vines have survived from phylloxera and are planted on their own roots. These magnificent vines planted in the early 20's produce a stunning red called Vignes Franches, alas only in few vintages. 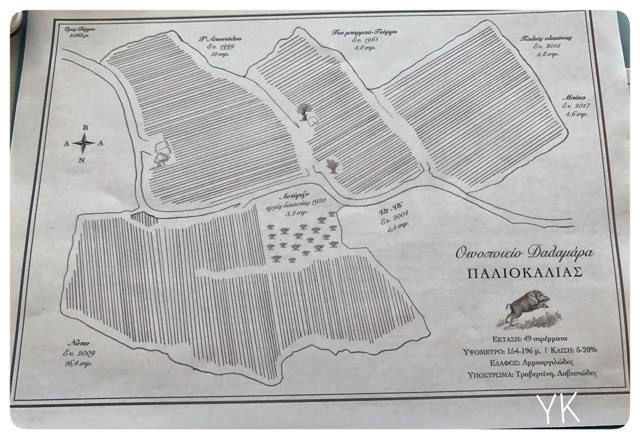 Back to Paliokalias which features more or less seven different terroirs as can be seen in the map. Soil is sandy clay over a bedrock of porous limestone (travertine). There is even some shale in some patches. During a recent vertical of 7 vintages of Paliokalias which I moderated, Kostis Dalamaras emphasized on the good ripening conditions of the hill, the southern part in particular. He says ''all the different terroirs bring something to Paliokalias. Now I am intrigued to experiment with the southeastern part that is rich in shale which seems to be very promising as it encourages deep rooting. Then perhaps we will experiment with the different slopes as there is a range from 5 to 20% in some parts''.

Everything in Ktima Dalamara aims in capturing the terroir expression with minimal intervention and fine tunings in the cellar. Organic viticulture, spontaneous fermentation since 2009, whereas from 2005 the wines are not filtered so as to preserve maximum complexity.

The wine stylistically balances nicely between being modern and traditional with a very tight structure that permits the wine to age easily for 15 to 20 years, yet during the last vintages manages to deliver a more modern fruity and elegant core. The emphasis is given to fresh red fruit, and not the stereotypical old school olives and tomato aromas. 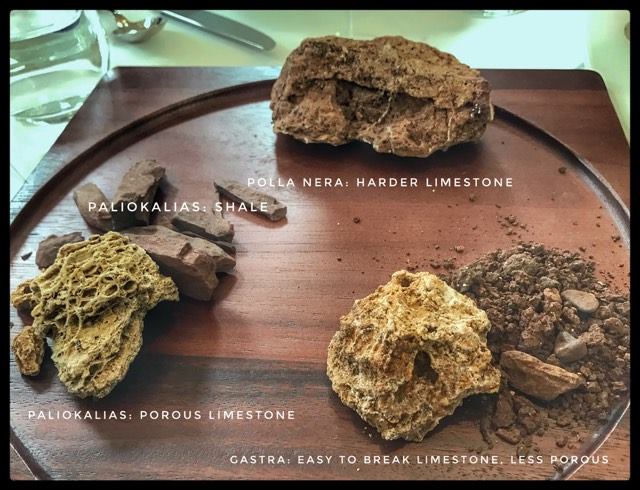 The tasting started with the Naoussa 2015 which is a recent addition to the line up (production is 10.000 bottles) and then progressed to three different terroirs, Polla Nera, Gastra and of course Paliokalias:

Polla Nera 2015 (not released commercially since it is a part of the blend of Naoussa - one of the coolest terroirs in the north of Naoussa) perfumed, elegant, light bodied. 90/100

For the vertical of Paliokalias that followed seven vintages were presented starting from the maiden 1997. Until 2000 Paliokalias uses fruit from only family - owned vineyards while from 2001 the family started working with other growers. Dalamaras says that because they witnessed lots of ups and downs they decided to work again exclusively with their own fruit from 2009 onwards. Moreover he adds that for Paliokalias only the best parcels and mostly old vines are included of 30 years of age on average. For 2015 only 3.028 bottles were released.

The first flight included 2001, 2003 and 2005 and the second one 2011 which was the first vintage of Kostis Dalamaras, 2013 and the current 2015. Last but not least the very first vintage of 1997 was also served. The ''Anatomy of a terroir Paliokalias vertical'' proved clearly the progression in the quality of the wine and the two different eras of the wine. The evolution to elegance, refinement of tannins and more complexity is evident rising Dalamara Paliokalias to a Greek Grand Cru status.

Some other interesting observations are:

- pH and TA rising and decreasing respectively indicating inclusion of riper grapes in the wine;

Finally some thoughts about the tannins of Paliokalias; in youthful vintages they maybe sometimes a bit harsh, needing  their time to integrate, although from the wines I have tasted there is an evolution to more refinement starting with the 2012 vintage. These are wines that need big glasses and proper decanting to nicely settle in your glasses. 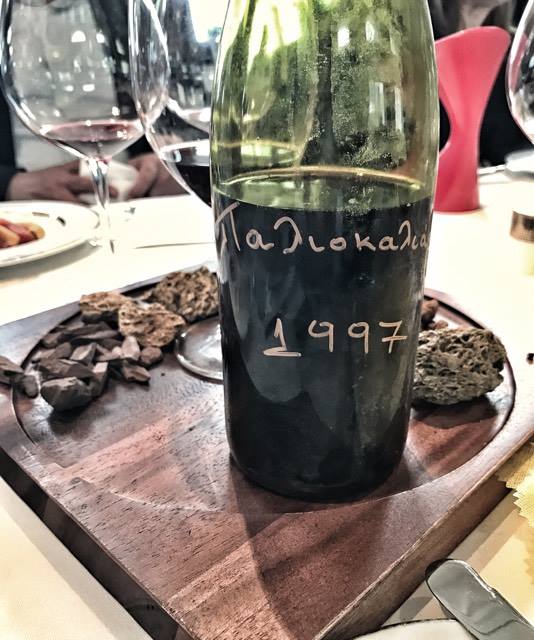 Paliokalias 2001: Truffles and leather, notable oxidation on the nose. Refined and satiny on the palate. Classy! 90/100

Paliokalias 2003: From the warmest vintage in the region. Round, rich with drying tannins. 88/100

Paliokalias 2005: Have tasted better bottles. This one showed very evolved with fading fruit. 86/100

Paliokalias 2013: Monsterous at this stage. Needs time to unfold complexity. 91+/100

Paliokalias 2015: Needs some aeration and blossoms. Roses, oregano, raspberries. Concentrated yet with much elegance and precision. Brilliant! 94/100 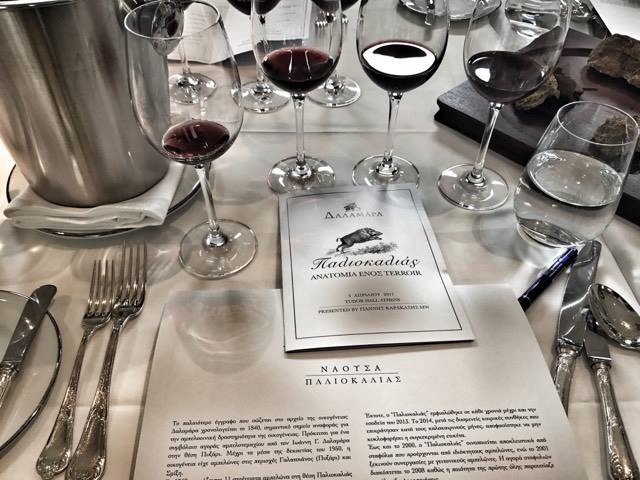 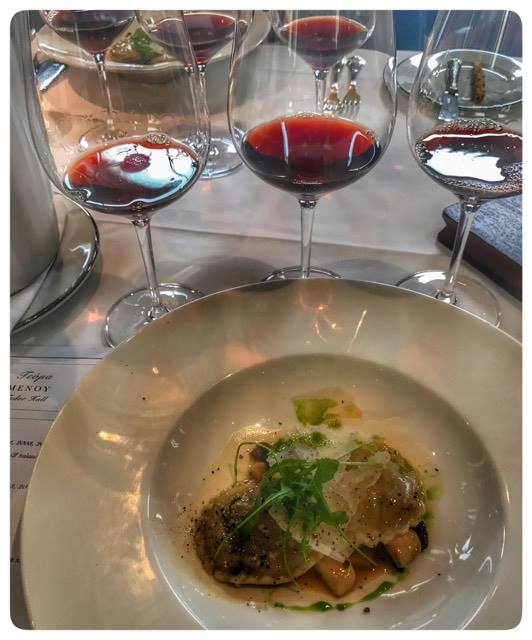 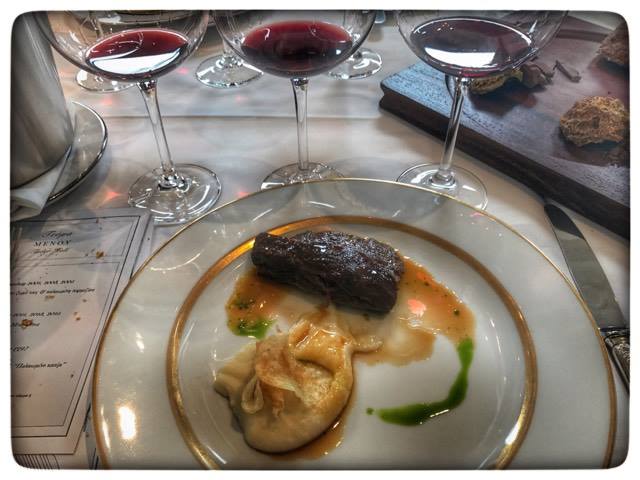 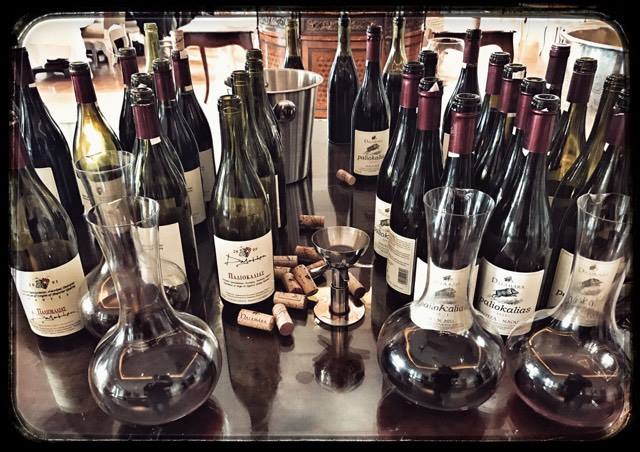