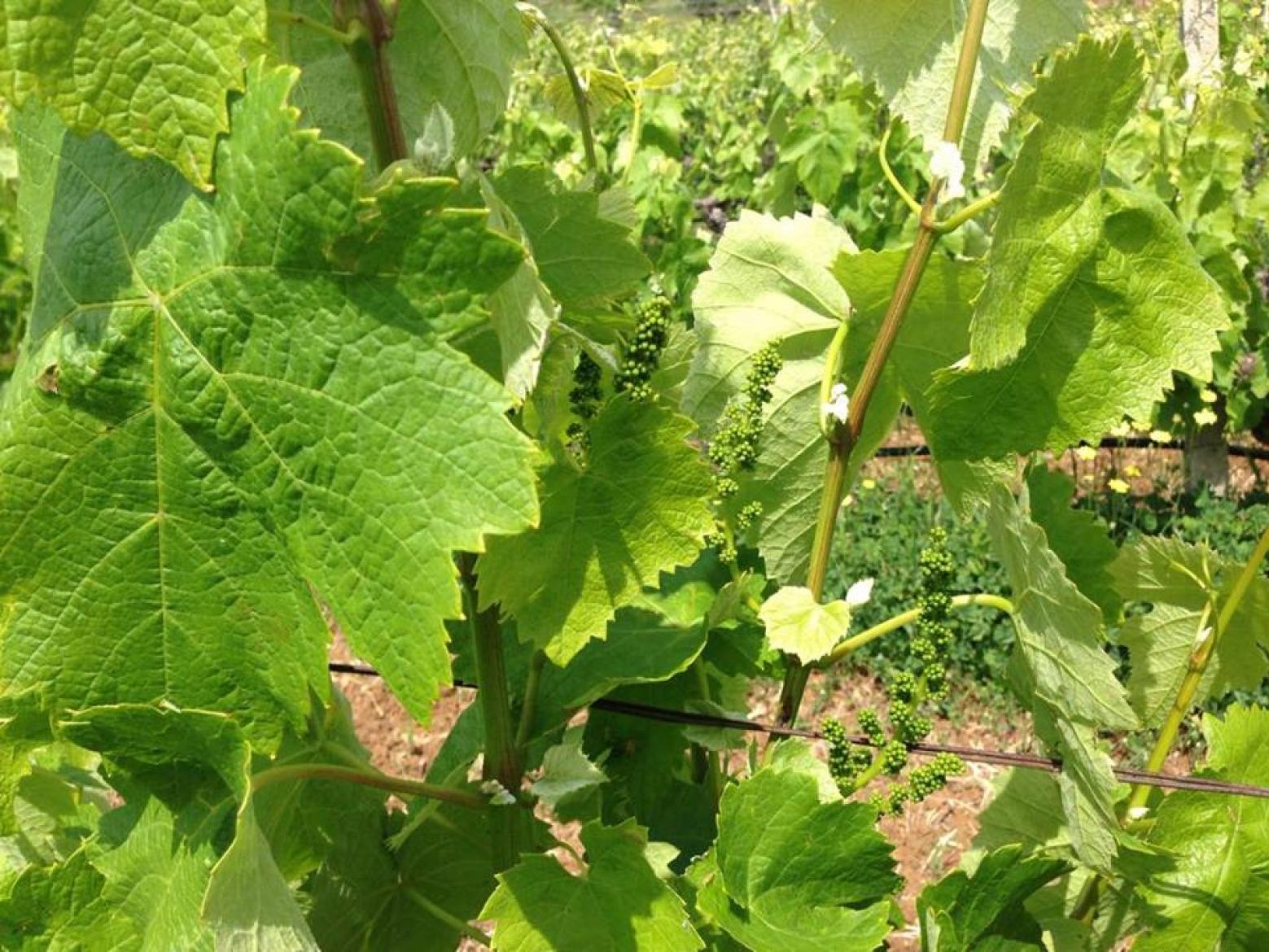 Just few months before the 2016 harvest and after the irregular 2014-2015 vintages Greece seems likely to experience an early ripening vintage. Hopes are rising for a productive crop, but patience shall prevail.

After two poor vintages with hail in late August for 2014 and abundant rain in 2015, there are good signs of a prosperous upcoming year for Naoussa. Yet growers do not want to speak big words since the vines are just before the flowering stage which precedes critical fruit set.

Dr.Haroula Spinthiropoulou owner of Argatia winery and viticultural consultant at large comments on the early maturity so far. ‘’While budbreak occurs usually during early April, this year it took place between March 20 to 25. The same will be the case for flowering which usually takes place between May 20 to 25. This means that we are about 10 days ahead although April was cooler’’. Spinthiropoulou also points to uneven ripening because of a very mild winter with some shoots 10 and other 20 cm long.

Because of the previous inconsistent vintages a good, ripe vintage is very much needed and so far the picture shows 2-3 bunches per shoot and an optimistic yield of approximately 5 kilos per vine suggesting that green harvest will be essential for better balance and optimum ripening as Dr. George Salpingidis viticultural manager of Tsantali highlights.

For Amyndeon, Angelos Iatridis from Alpha Estate confirms the earlier ripening of 10 to 15 days, commenting on the particular mild winter with very little rain and little snow. Sporadic rainfall  during late April to mid May, accelerated the vegetative growth. Overall Iatridis continues ‘’expectations are high provided we experience the typical dry summers we are used to’’.

Santorini – The cradle of Assyrtiko

On the same track again Santorini experienced a warm winter with lack of rainfall leading to a growing season diametrically opposite compared to 2015. This year's drought and unusually high temperatures in March and April brought a 3 weeks earlier budbreak according to wine producer Artemis Karamolegos where in 2015 it was 10 days later.

Ilias Roussakis from Vassaltis winery talks about ''the driest year of the decade with 4-5 rainfall periods during winter months and 1-2 in spring'' calculating a likely 40 to 60% increase of yields compared to 2015. He confirms an earlier ripening year with expected harvest date for first Assyrtikos, August 5-7.

The lack of the usual for Santorini strong winds allowed a normal flowering, whereas the occasional drizzle of the last month caused no serious problems. In a year however with very little rainfall the big question is how drought will affect fruit set and subsequent veraison.

Yiannis Kanakis, viticulturist-consultant reports that high temperatures during February and March in conjunction with low rainfall, resulted in early budbreak. After successive periods of high - low temperature alternation, it seems that right now the vine - year is 7-10 days earlier. Bud fertility was very good and both the number and size of inflorescences is 30 to 60% higher than year 2015. ''If fruit set is completed without problems, production is expected to be significantly increased'' he continues concluding that this will depend on the critical issue of the year, which is the soil available water.

Moreover, pests' pressure is low. Powdery mildew is the main disease that requires attention at the moment. There was a spring frost incidence on April 27 in part of Nemea valley and Asprokampos valley, that damaged 20-100% of the shoots depending on the vineyard.

Mantinia – The elegance of Moschofilero

Again indications of earlier ripening conditions with regard to budbreak due of a very mild winter and warm spring, something quite rare for Mantinia (generally cold) according to producer Yiannis Troupis. However during Orthodox Easter week there was severe spring frost which means a crop loss of 20%. 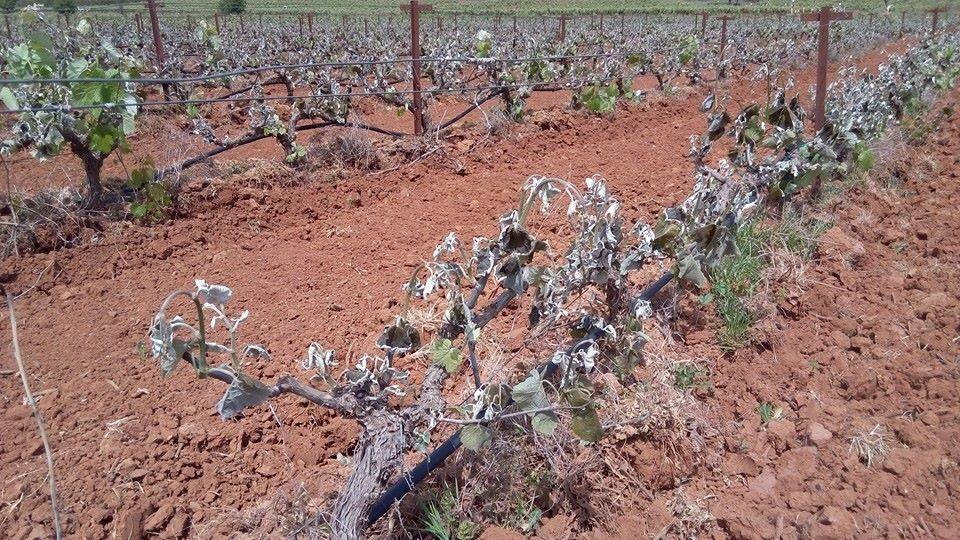 Budbreak started in Cephalonia with some rainfall that will help the vines to overcome water stress as most vineyards are dry farmed. These rains according to Kiki Siameli, winemaker of boutique Melissinos winery boosted plant growth suggesting a likely earlier harvest. ‘’Although it is too early for quality assessment, if summer is relatively cool without prolonged heat periods, then we are talking about a very good year with very concentrated fruit as yields will be definitely reduced for Robola ’’ Siameli concludes.

For Mavrodaphne spring rainfall have not caused serious problems since the variety is quite tolerant. It seems quality will depend entirely on summer ripening conditions with good hope for concentrated fruit.

Ιn the gorgeous island of Crete growing seasons has advanced 4-5 days but it is still very early to be completely conclusive, comments wine producer Nikos Miliarakis. ''Everything flows nicely for the moment and fortunely for there is no hail so it looks promising but we need to wait'' he says.

Finally for Attica region, there is an advance of 7 days so far according to producer Stamatis Mylonas who points to a possible productive year with good quality provided that summer will not be ultra warm.