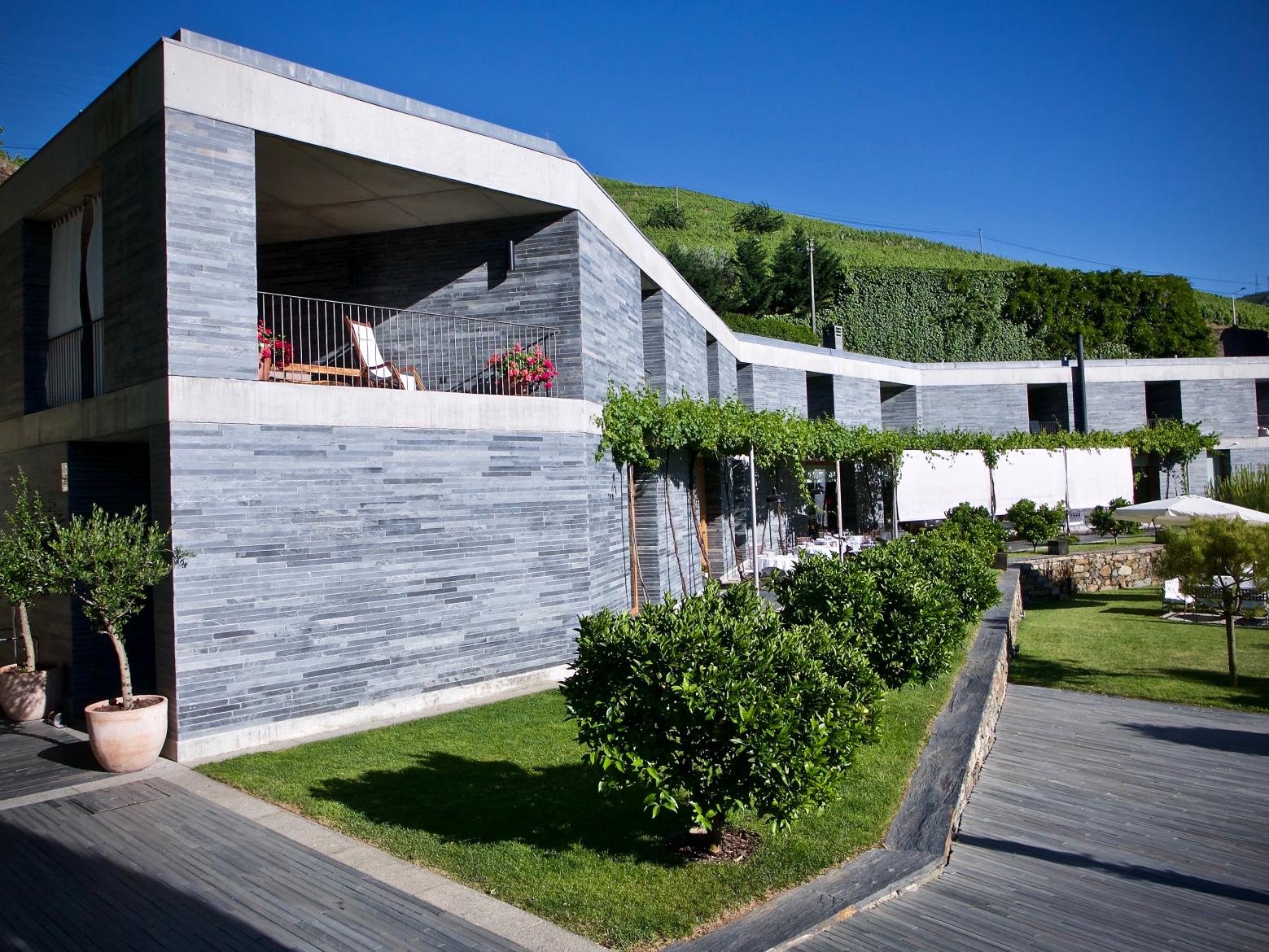 Quinta do Vallado Part 1: An Experience

I stayed at Quinta do Vallado, which is situated on the banks of the Corgo river near Peso de Regua, and a meeting with Francisco Ferreira (pictured below) was organised. It happened that on the particular day it was suddenly very hot, “Not so usual at this time of the year,” as he later told us. Instead of worrying about what we would be talking about, I ended up fretting about whether I would manage to not look completely dishevelled, with my make-up all smudged! A polite, good-looking man of about 50 makes his way towards me and Nikos. Dressed simply, in a white linen shirt, friendly, polite. He introduces himself and he is our man. He puts us in his car and drives a minute uphill to the area of the winery and tasting room. He proved to be an excellent host, informative, sensitive and with a good sense of humour.

Before we start talking about the property he explains that, “the Douro was the first wine delimited region in the world. It is divided into three regions Baixo Corgo, Cima Corgo and Douro Superior near the borders with Spain. The climate and soils in these regions are very different. Just to give you an idea in Porto the rain is 1300-1400mm a year, in Baixo 800mm and in Douro Superior less than 400mm. The soil is mainly schist and it becomes poorer and poorer towards Douro Superior.” We have stopped in front of a vertical cut of the ground above us (as the winery is in levels due to the inclination) and he shows us how there is about a metre of soil on the top, with the layers of brown schist underneath. “There are two types of schist here, the blue and the brown. Here we have the brown. It breaks easily and it allows the roots to go very deep in their search for water, thus getting all the terroir. It preserves humidity and sometimes it will have small crevices that store water. That is how the vine manages to survive this very difficult climate.” The climate is continental, meaning that you have very hot summers and very cold winters. 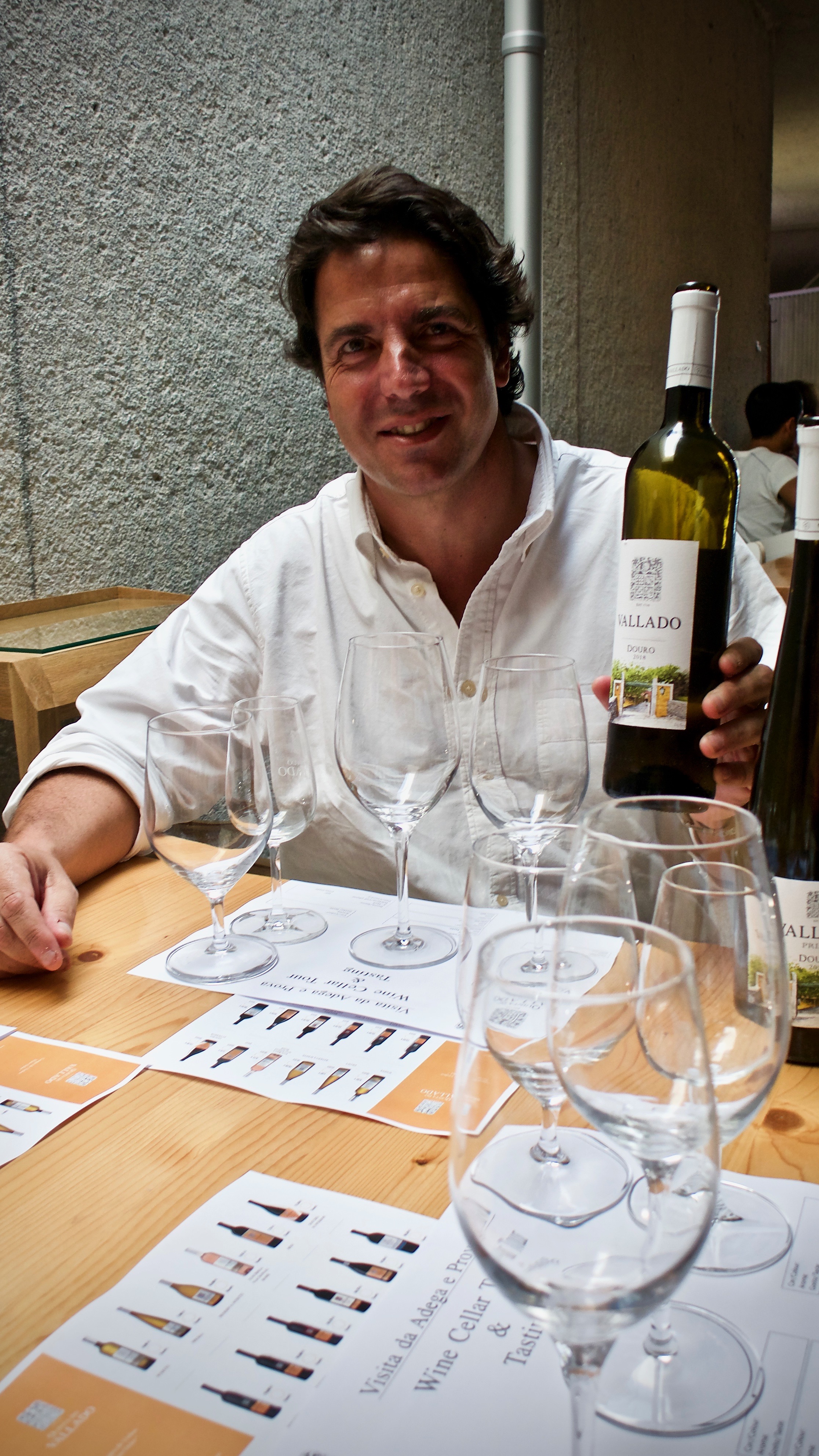 Francisco is the sixth generation Ferreira, a direct descendant of Dona Antonia Adelaide Ferreira, a very enterprising, visionary woman, who in the 18th century established the winery in the Douro Valley, owned about 30 properties, and is one of the most important figures in the wine business of the area. She opened up viticulture in unexplored parts of the Douro Valley, gave work to many families, she established the Ferreira Port House to promote port, she improved the wine business, built schools, hospitals, roads and supported people in need. She was a sort of local hero, known as the “mother” of the Douro. We are told that up to 1987 the Ferreira families gave all their produce to the mother company that marketed under the Ferreira brand. In 1987 the families decided to sell the Ferreira company and each established their own brand, thus Quinta do Vallado was born (as a brand name – the quinta was actually born in 1716).

Francisco studied agronomy and as he says he knew he wanted to work with plants since he was very young. In the ’90s, he was called upon to take charge of production in the new project. The management of the quinta he shares with his cousin Joao Ribeiro. In 1996 they bottled their first wine and it was released in 1997. In the meantime, the vineyard was improved, varieties were planted separately, vertical planting was instigated (wherever the inclination allowed), on steeper slopes ‘patamares’ with one row of vines, land was bought to increase plantings, “We had a period of investment and improvement. Here we have 70ha of which 10 ha are very old vines over 100yrs old and the other 60 ha were planted in the ’90s. We wanted production to be in our hands so in 2009 we expanded to Douro Superior buying 30ha more of land there, but we also rent about 27ha and still buy some grapes from producers that we have agreements with and stipulate the specifications.” In 2001 they were the first dry wine in Portugal to make it into the top 100 wines of Wine Spectator with their Douro Red 1999.

In 2009 they ran out of space so they constructed a new winery and a larger cellar. State of the art technology, temperature controlled stainless steel vats, granite lagares for the port wines and some of the very special reds, 3 big wooden vats, and a strange round cement contraption that can turn 360o (and allows for better and more homogeneous extraction which is pictured below). Each parcel is fermented separately, the must is moved with gravity, the caps are punched down with a special robot, and the best reds are then aged in 225 french oak barriques and the best whites in 500lt french oak barrels with acacia tops. Their cellar houses a little less than 1000 barrels; the port cellar is separate as that houses the hundred year old huge oak barrels. Their production has increased from 400,000 bottles in 2009 to 1,500,000 bottles today, of which they export a little more than 50%. He explains that the production of the Douro, if compared to that of Alentejo, is about 30% less, whereas costs are about 30% higher. This means that they have to aim at high quality and consistency in order to fetch higher prices.

Although Francisco seems very placid, you can sense that this man is in charge of this place. Wherever we walk, I can see him scanning the area to make sure everything is in place. Also, it seems that entrepreneurship and adventure runs in the family. I ask him what it was like moving here and he says: “When I was asked to come I thought to myself it would be an interesting experience and I should try it. But, after you come to the Douro to live and work, it’s difficult to leave. The place captures you. I remember the passion my father had for this place. As a kid I didn’t like coming here because the trip in the car, with no air-conditioning, on a winding road full of bends, that took over 3,5 hours made me utterly nauseated. The trip was a real sacrifice for me. Once here, I was ok. But, now I understand why my father was so in love with this place. Even my wife, who was born and bred in Porto and had no ties with this area didn’t want to leave, after living here for a year. I don’t know what it is. The people, the flavours, the peace, the beauty of the landscape. That I forget sometimes. I take it for granted and I am reminded of it by the guests, who can’t stop taking in the beauty. Yes, I am lucky.” 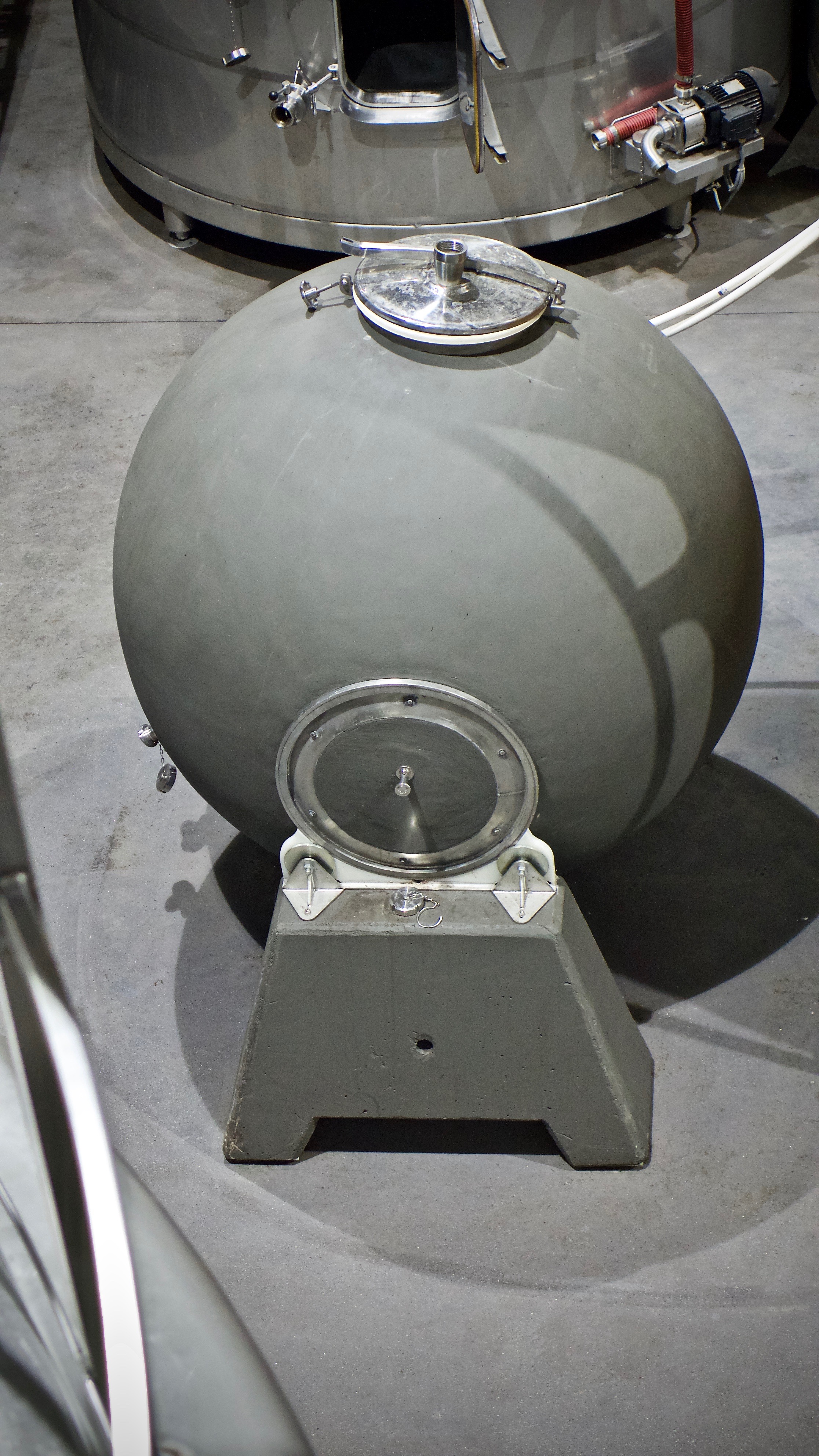