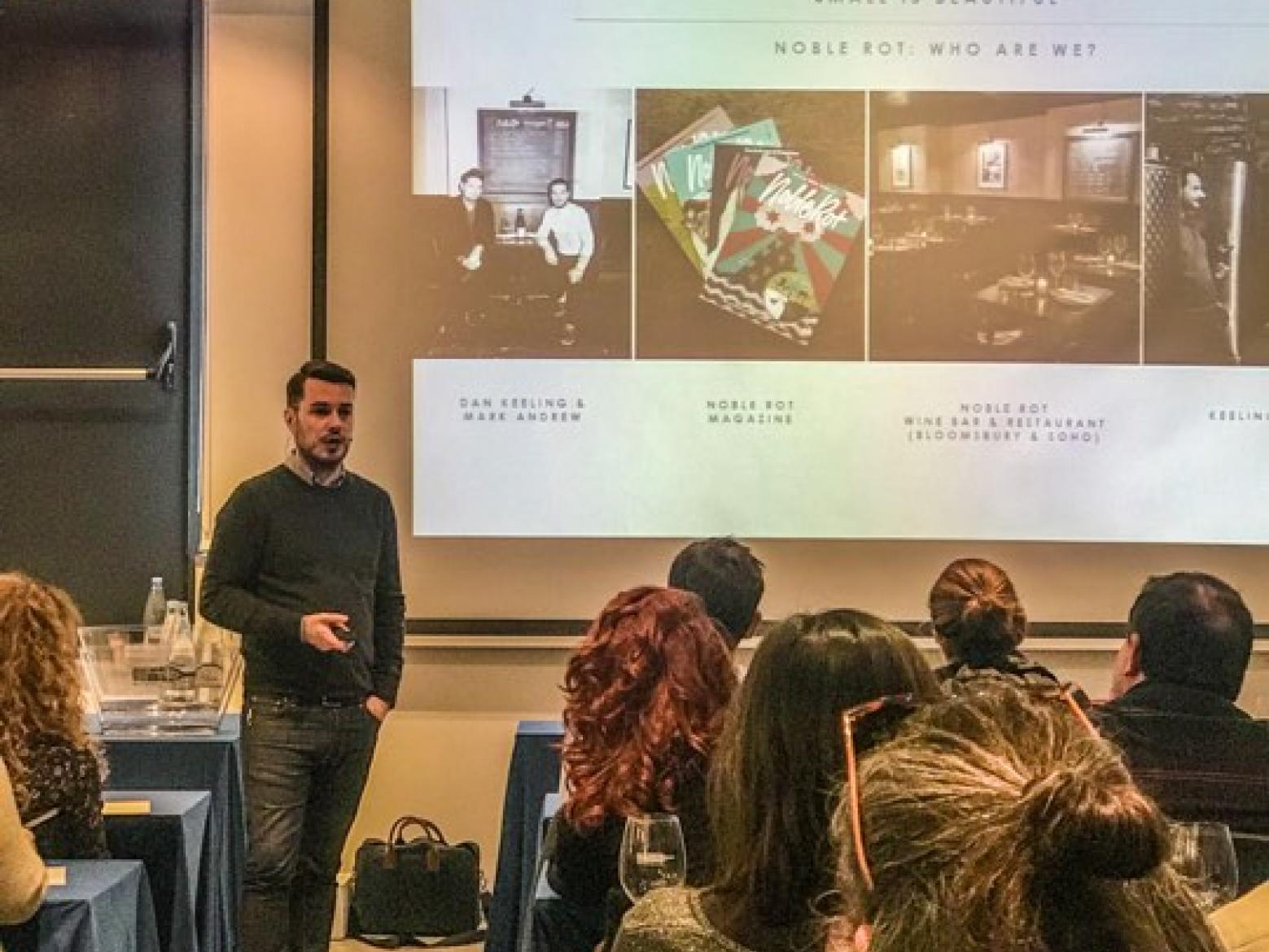 Restoring a Sense of Pride

Have you ever felt like jumping up and kissing someone who is giving a talk, because what that person is saying is so close to your heart? Well, I feel like that sometimes. I wish I had the guts to do it too! That is how I felt at the talk given by Mark Andrew MW at the Artisanal Wines of Greece Wine Fair in Athens a few days ago, the title of which was 'Small is beautiful – Why artisanal wineries are critical to the future of Greek wine'. This man is more Greek than the Greeks themselves. He spoke with such enthusiasm and passion about Greek wine and indigenous varieties, I could almost hear myself speak. I can't fit everything he said into this article but I will summarise his Ten Commandments and what he kept coming back to: patrimony, legacy, tradition, innovation based on what is already there. It was more than clear that he believes that the way forward for Greece is to highlight the diversity of the terroir, the diversity of the indigenous varieties, and that Greece will have to decide its identity in wine. Easy drinking, cheap, run of the mill, or authentic, characterful, different, based on our tradition? And, he somehow put it in the hands of the small wineries that it's up to them to make the difference.

It may not be the easiest thing to do, working with indigenous varieties, organic farming, indigenous yeast fermentations, etc, but according to him it is certainly worth the trouble as people in the wine world are now focusing on authenticity, clean, terroir-driven expressions of wines with character. He also referred to 'ethos' as being the spirit of the small winery and the fact that generally, a large business, cannot have the love, care, attention and soul of the small winery. It cannot have the detail a small winery has, by the very nature of its structure. “Small wineries bring detail to the wine conversation and a sort of pride that it gives to communities....”

The ten Greek wine commandments according to Mark Andrew:

1.    Focus on terroir. The work is done in the vineyard and with careful winemaking, one can make something spectacular.
2.    Indigenous Varieties. Central to the Greek wine conversation, exceptional and underrated.
3.    Farming responsibly. A baseline expectation.
4.    Indigenous yeast fermentations. The great terroir wines of the world are made with indigenous yeast ferments and there is much research to back up this choice.
5.    Respectful winemaking. Authentic wines, reflective of their descent, respective, minimal intervention winemaking.
6.    Quality rather than quantity.
7.    Distribute your wines intelligently, so they are sold in the places that represent you and your philosophy.
8.    Labels. Make them reflective of you, your country, your region.
9.    Price your wine with common sense.
10.  Collaborate with like-minded colleagues.

I will try and analyse why Greeks are in the position they are in, knowing full well, that many people will not like what I say. During the 20th century, Greece went through amazing turmoil. At the beginning of the century the First World War, very soon after that the Destruction of Smyrna, in the meantime Greek areas were still being freed of Turkish rule, very soon after that, the Second World War, followed by a very bloody Civil War, which left Greece in great poverty, with masses fleeing to other European countries, the USA and Australia to find work and make a living. In the '60s a Junta, which lasted seven years. I came to Greece in 1977 and the image I have in my head is of a country in awe trying very hard to redefine itself. Anything old and traditional was torn down, done away with, to be substituted by something that looked more 'modern' and was in no way reminiscent of past destitution. Whatever survived intact was because it had been abandoned. People took pride in anything foreign because it seemed disconnected to what had gone by and had an air of prosperity and wealth. It hasn't really been until this generation of 35-45yr olds who are beginning to rediscover the value of indigenous, of tradition. of patrimony. This generation is beginning to restore its pride in being Greek for the right reasons, and not only because of our glorious Ancient history. We still have some distance to travel, we still have to invent a new identity, but it seems we're on the right track. And, it's nice to hear other people remind us that “innovation is about ideas and things that have gone before. How you reinvent things or tweak things to take them into the next stage. Building on tradition.....”