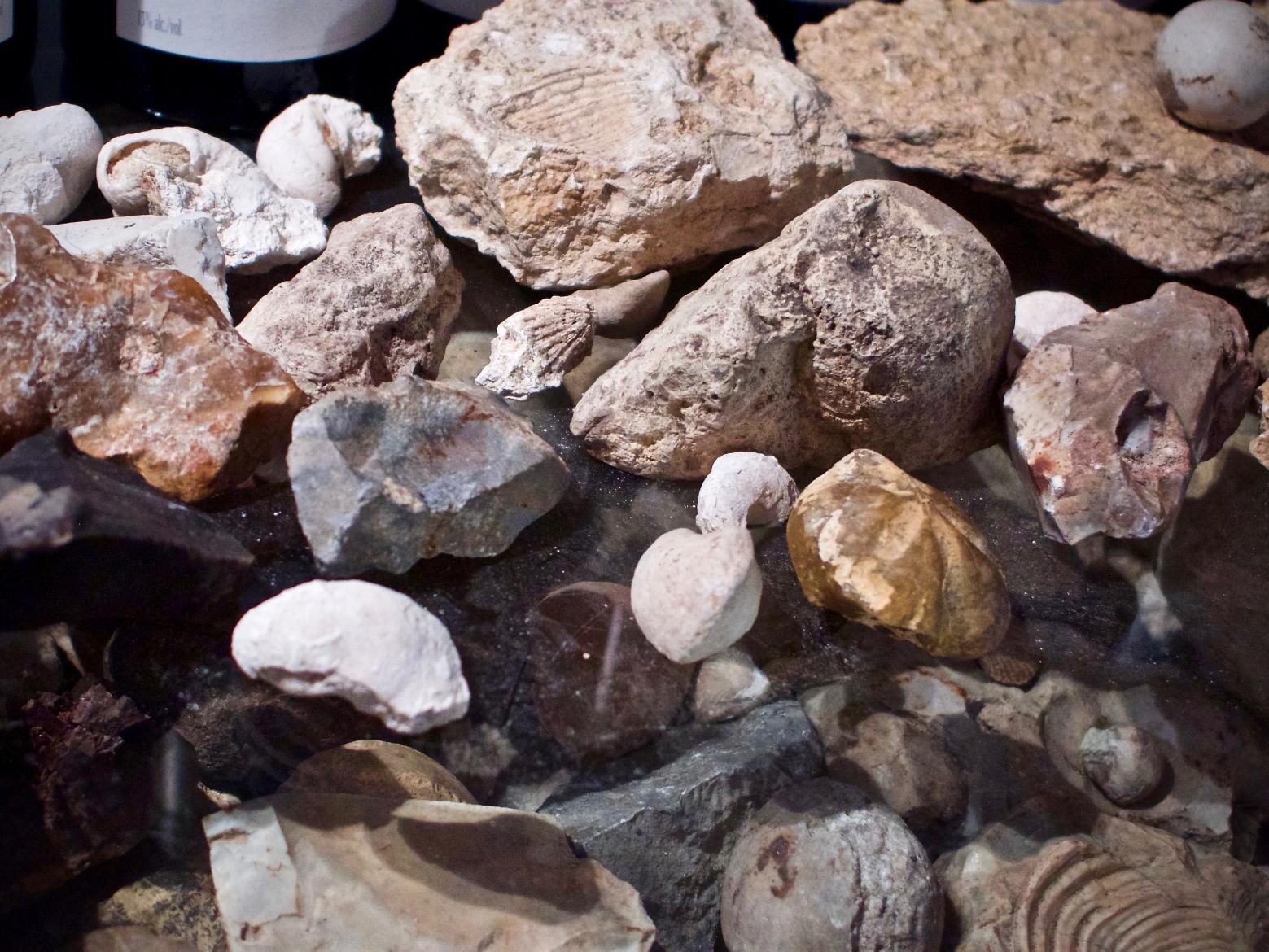 Sancerre in the Nude

About a month ago I visited a small part of the Central Loire. I travelled from Chinon to Sancerre with a group of about thirty people, with many stops at wineries on the way. The idea was to focus on organic and biodynamic wineries and winemakers of ''natural' wines.

It is impossible to write about all the wineries as that would be a very long read, so I will concentrate on two, both in the area of Sancerre: Domaine Vincent Gaudry and Domaine Vacheron. They are both biodynamic wineries, both are keen on expression of terroir and both make characterful wines, albeit quite different from each other.

Vincent Gaudry (pictured below) is considered one of the best kept secrets in Sancerre (Le Petite Chambre). A rising star in the ‘natural’ wine scene. A man who is tall, lean, and has a face that belongs to fairy tales. A face which is amazingly expressive and strange. He didn’t just talk about his wines, he gave a full performance. And he is obviously in love with what he does. He owns 8ha of land and farms biodynamically. About 90% is planted with Sauvignon Blanc and 10% with Pinot Noir. He follows the lunar calendar and he allows the vines to ‘guide’ him in their needs. He believes that it is imperative to express terroir in the wines. He makes ‘natural’ wines, so no yeasts, fining, filtration, ages on the lees and bottles “when the wine tells me it is ready”. There was something very metaphysical about his attitude. This idea that one is a part of nature, encompassed by it, and in an ongoing exchange with it, I found inspiring. I like people who are special. And he is special. Not only because of his looks, but because his wines are accurate, complex, elegant, but also lingering and impressive.  We tasted:

Le Tournebride 2017 which comes from a mix of soils, caillotes, terres blanches and silex. Aged on its lees. Clean tasting, citrus and flinty.

I left the winery (more like a shed in the backyard) with several thoughts about how you need to come across the right people in life so as to have another aspect revealed to you. To now, my relation to natural wines has been one of hesitation, because I hadn’t had much luck with most of what I’d tried. These wines opened a new door for me and proved that there can be another way. 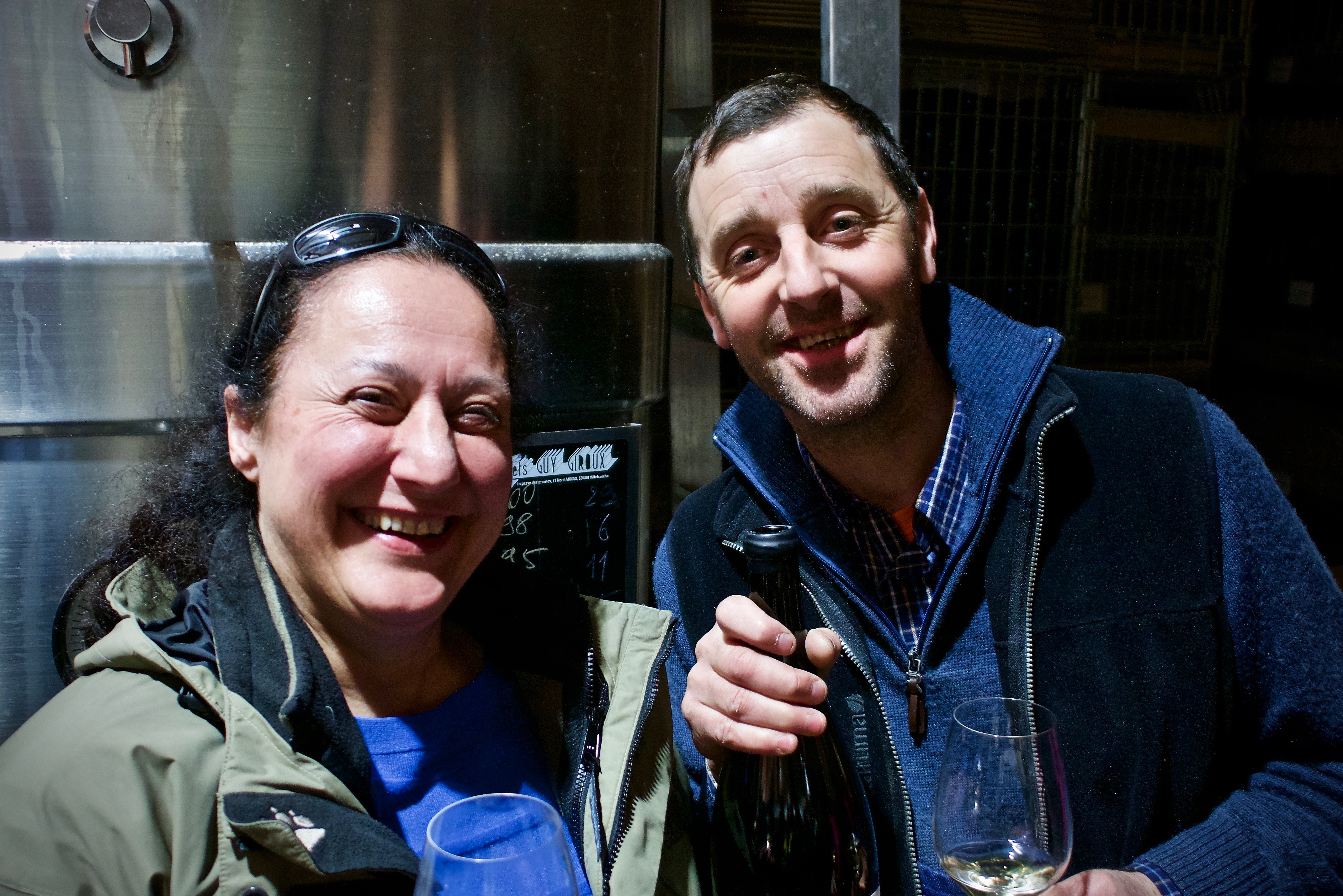 The winery of Vacheron is right inside the city of Sancerre. Currently a big part of it is under construction and the idea is to also have a restaurant included on the premises. We were toured by Jean-Laurent who returned from Paris and came straight to the winery to meet us. They own 48 ha of land and practice biodynamic farming with most of their vines planted on silex, a composition of flint over clay-limestone which is rich in oceanic fossils. In the area where we had the tasting they had numerous pieces of fossils and flint lying on the wooden counter. They vinify parcels separately and their blends differ from one year to the next. They focus not only on Sauvignon Blanc, but also largely on Pinot Noir, which is not the norm for Sancerre. Jean-Laurent was amazingly generous with the wines he opened for us. Not particularly talkative about the wines, imparting just the basics of information, but would offer them to us with great pride, waiting for the wines to speak for themselves. And they did. Each wine was unique. Precision and the salt of the sea are trademarks.

If I were to compare the precision, the clarity and the weight of these Sauvignon Blancs, I would think of them as diamonds (I mean the 4 C’s: colour, cut, clarity, carat weight).

Of the Pinot Noirs we had the Belle Dame 2014 planted on silex. Elegant, with black berry fruit, pepper notes, full-bodied, fresh and mineral. We also tried the 2013 which was more red fruit rather than black, smoky, peppery.

Les Marnes 2010, which they don’t make every year, this was love at first smell. Red fruit, lightly peppery, mineral with sweet spices shining through. Marvelous!

Belles Dames 1997 vibrant for its age.

L’Enclos des Remparts 2015. As Jean-Laurent noted it must be the most expensive Vin de France. Ungrafted sauvignon blanc vines from a very small plot right inside the city of Sancerre, which is not allowed to be labelled as Sancerre because of the methods used to produce it. Beautiful, tight, citrus fruit, apples and stone fruit, crisp and full. If I hadn’t drunk the wine to confirm that it was a Sauvignon Blanc, I could have mistaken it for a Chablis.

These wines were a study in terroir.

This was the last winery of the trip and we were all really tired. It had crossed my mind to skip the visit and just get some rest. A good thing I changed my mind at the last minute. I would have been green with envy if I had missed it.

Now, when I travel to famous regions of the world I always play a little game with myself and wonder how the wines I've tried compare to the wines of Greece, or if famous varieties have some common features with indigenous varieties of Greece.

If I think of the Sauvignon Blanc of Sancerre, not so much the aroma profile, but more the cutting freshness, the salty/shelly minerality, the weight and complexity I could only compare it to a Santorini Assyrtiko. Pinot noir is classically thought to be akin to a Xinomavro, but in the Sancerre pinot noir I could also think of a Limniona with its rather medium coloured wines, the beautiful red fruit, the herbal quality, the silky tannins, sweet spice and the very nice acidity. So much in common, so much apart.

Other articles by Olga: