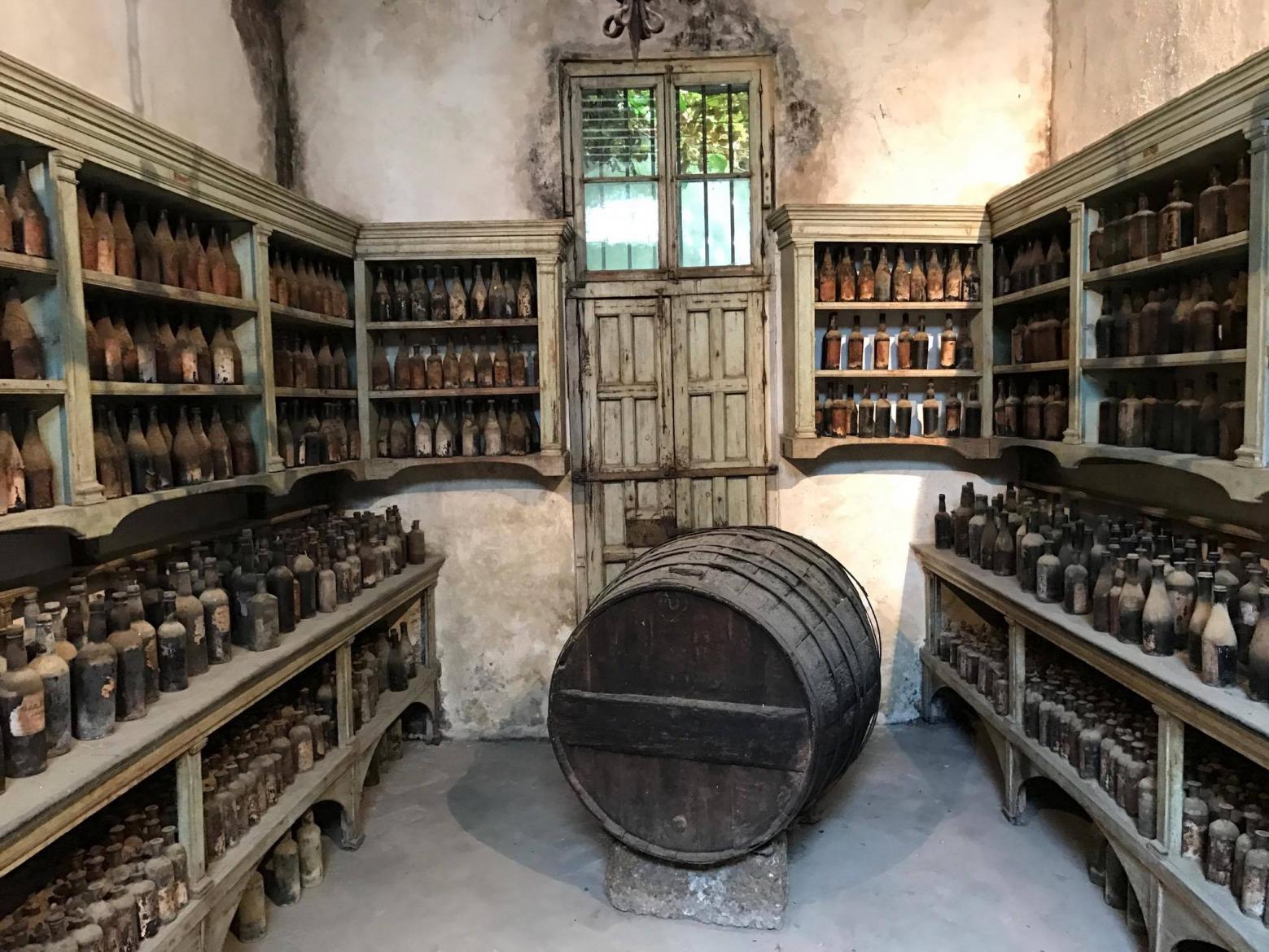 Tasting the Palmas and Annadas Palo Cortados from Gonzalez Byass

During my trip to Jerez (see my previous story Τhe Land of Sherry with Tio Pepe Sherry Master) the ''mystery'' of Palo Cortado was discussed by master blender Antonio Flores and Ronan Sayburn MS at the Annadas (Vintage) Palo Cortado tasting.

Palo Cortado has no official winemaking protocol; the only condition is that it must be somewhere between an Amontillado and an Oloroso in terms of style, holding on to the aromatic refinement of the former and the structure and body of the latter. Compared to an Amontillado, it will often have spent less time under flor and its base must will have been really delicate. Another way of describing it would be as a kind of very delicate Oloroso.

This was a very rare tasting and a treat for us all. For the Annadas Palo Cortados Antonio Flores selects those Sherries that have spent 6 months with flor. But, before this, the initial step is free run juice from the best grapes, from vines that are between 25-35 years old. Total production is approximately 600-1000 bottles in total. After 35 years of aging they lose 50% of their volume due to evaporation and glycerine levels rise very high contributing to the softness and creaminess on the palate

This has not been released yet, but there is a strong possibility it will in the future. Nutty and oxidative with dried apricots on the nose. Peppery and leathery on the palate, with rather warm alcohol it shows a wild character and personality. 92/100

The last two Annadas were maybe too strong and oxidized for my taste, 1978 quite peppery and intense with warm alcohol (22% abv) while 1963 had a charred bacon character but the palate lacked substance and body. 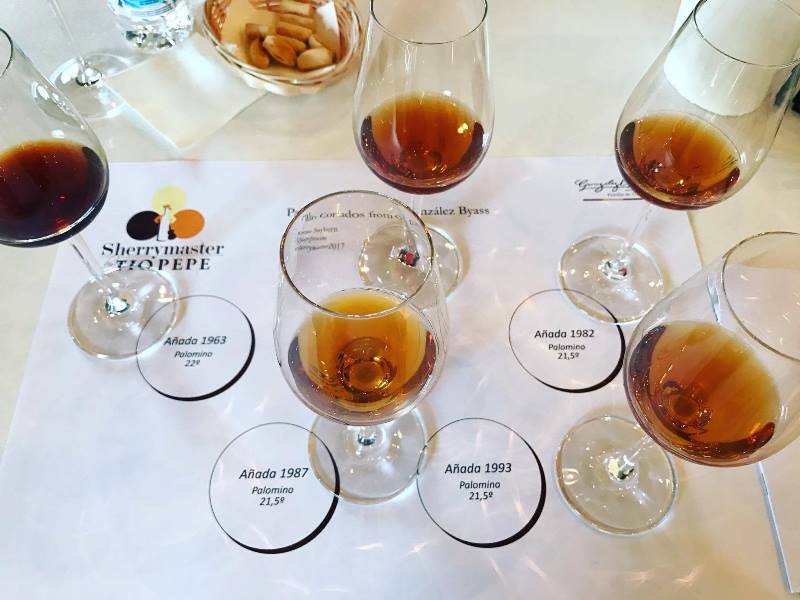 Moving on to the Palmas tasting these are absolutely En Rama masterpieces (unfiltered and with no stabilization) that are offered in tiny quantities and sell very fast. Personally that was the most fascinating part of my stay in Jerez and I am looking forward to getting some bottles in my cellar.

This is a Sherry En Rama with 6 years of age and it is a Fino produced in 3.000 half bottles. Alcohol is 15.3% abv and the wine bursts with smokiness and salinity on the nose. An absolutely delicious, layered Sherry and a top introduction to the series. 93/100

This has 8 years of age with a thinner layer of flor and 15.5% abv. It is more intense compared to Uno Palma, very salty and nutty with a very long finish. Superb! 94/100

Here we are at 10 years of age that signify the death of floor. Alcohol is 16% and the wine is a Fino Amontillado where real oxidation starts. Gold coloured quite oxidative and creamy on the palate with high persistence and tension. Oak of course is more dominant but this is very fine. 95/100

This is a 54 years old Tio Pepe or Palomino to the edge. It is an explosion of aromas, a door to an antique shop with tremendous depth of fruit and memorable finish. Just 500 bottles of this masterpiece. 98/100 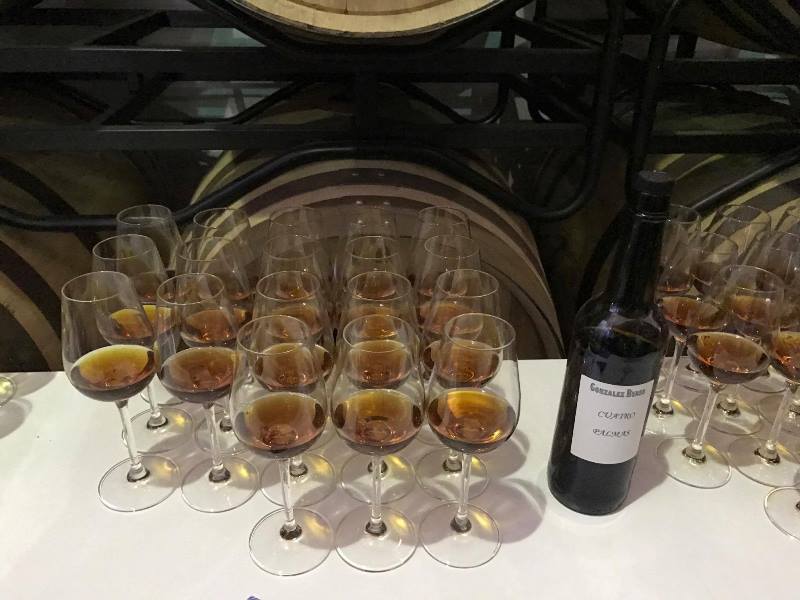 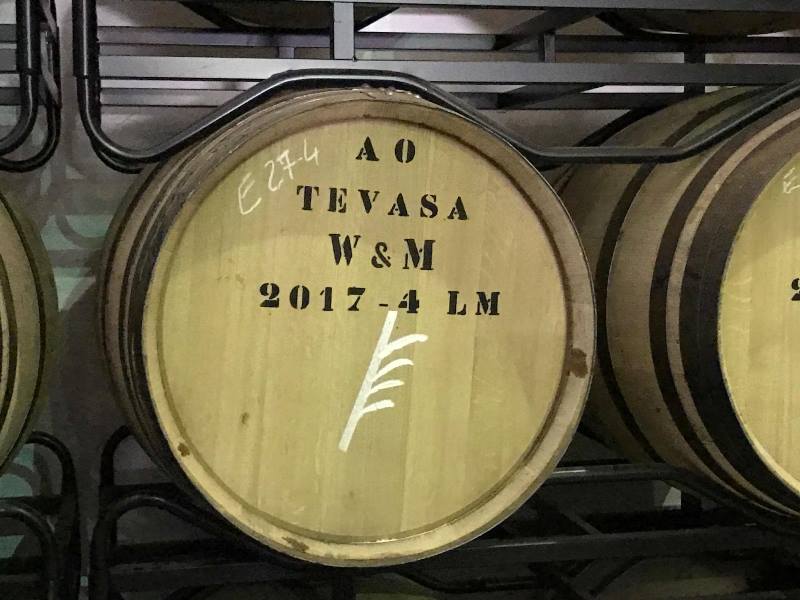