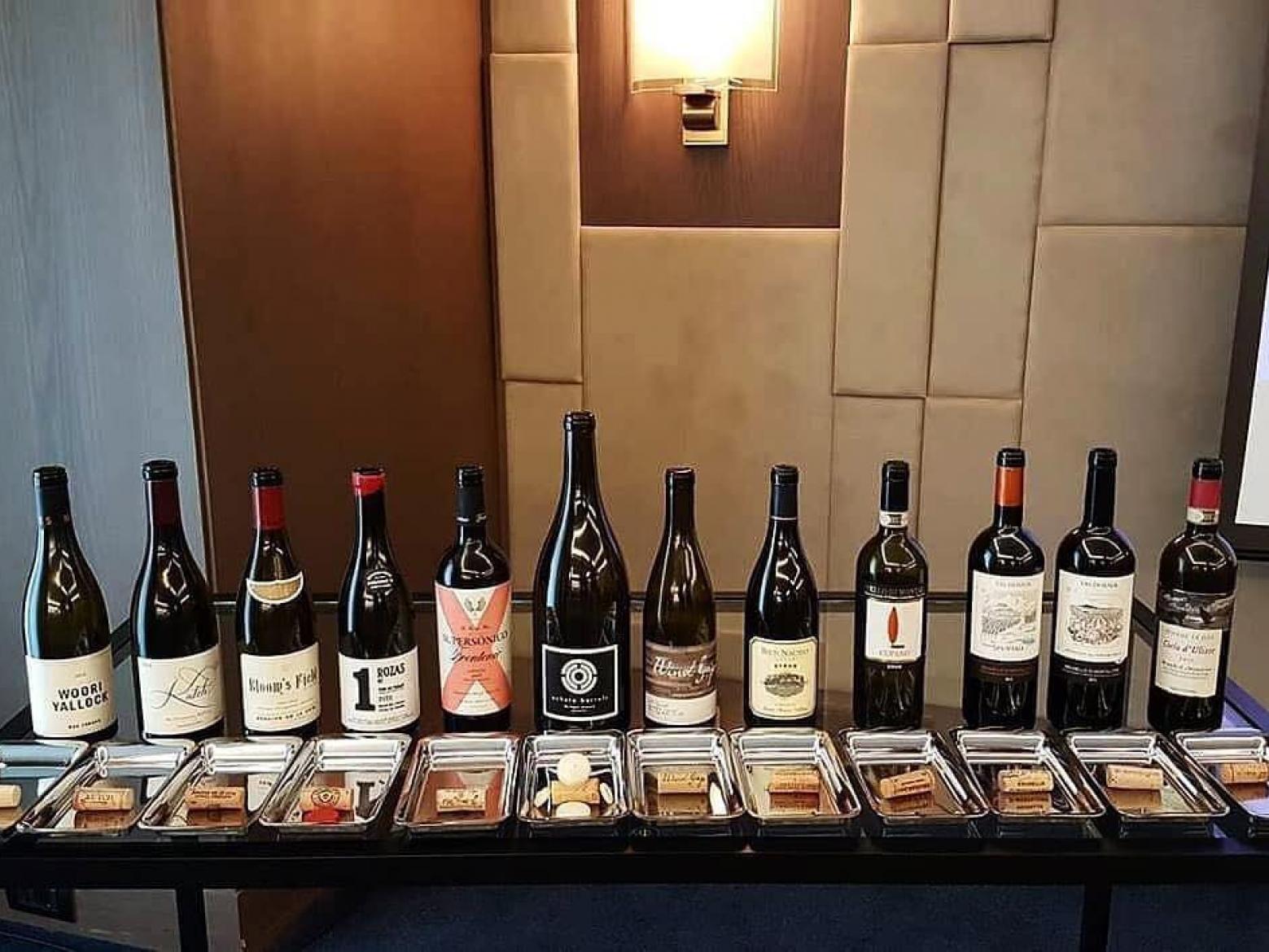 Yiannis Karakasis MW and Terry Kandylis presented the 'New Wave Reds of the World', in Athens, on the 30/9/18. A lively presentation, with each host delivering a different perspective. But, as you know by now, I like to write about the people in wine, so it was Terry, who became the centre of my attention, this time.

I am always amazed at how people who have achieved much, and are acknowledged for their work, are unpretentious and affable. I met Terry Kandylis, Head Sommelier at the Private Members’ Club 67 Pall Mall, a day before the scheduled presentation. The day I was meant to meet him, in the centre of Athens, it was pouring with rain due to the Zorba Cyclone. My heart sank at the idea that I had to commute and then walk in this wretched weather. For a minute there, it crossed my mind to actually postpone the meeting for the following day, but my remorseful personality would have haunted me, particularly as I had practically bombarded the poor man with e-mails, to make sure we would meet.

He and his brother were ending their meal with Yiannis, at one of the wine bars around Syntagma square. I was greeted by a young man of small build, fair-skinned, blue eyed - not very Greek looking – smiling, friendly, unassuming. As I sat across him, I took in his image, looking for something on him that I would consider creative and passionate. Nothing. A rather grey simple jumper, with greyish washed jeans. This was until my eyes got to his socks. Yes, the socks were a revelation. Reddish/burgundy, strewn with an assortment of corkscrews (!), worn with dark burgundy ankle boots. 'Hmm', I thought, 'the fire is hidden, to be seen only by the watchful.'

As I chuckled to myself, I looked up and caught him gazing straight into my eyes, reading me, with a smile that was teasing, captivating, challenging (?).

When he was a kid he used to skateboard, “I was always running around with bruises, cuts, stitches, and half the time I had to lie to my mom about how I had become them”, he grins. I say: “Weren’t you scared?” “No, not really. I always think that unless you fall, you don’t learn. It’s the only way. Nowadays, I snowboard.” He grew up in Chalkida, Evia (actually an island, though most of us forget that it is so), with an idea in his head that he might become an architect, as his father was in the construction business, but then he actually studied physics, at the Athens University. So, a young man who is obviously a high-achiever.

As many, he got into wine by chance. Working in restaurants while a student, in order to pay his way, he was introduced to wine by a cousin, who worked as a sommelier at the time. “I’d been around wine all of my life, as my dad made his own wine at home. But you know how those wines are. Most of the time oxidized, without something very special about them. I wasn’t very taken by wine at that time. Then, as I started working in restaurants, and my cousin would call me over for a glass of wine, I began to realize how different, in style, wines could be, how you could tell one region from another, how cheap wine lacked character, and so forth. I went on to study at the WSET…..”

He now holds the WSET Diploma, and is on his way to an MS title. “After my studies I had decided that I would either move to Geisenheim to study oenology, or to England to study within the hospitality department. Then the Fat Duck offer came my way, and I thought that was something that could not be missed. There I learned to pay attention to detail. I then moved on to the Ledbury and learned more about wine pairings. The 67 Pall Mall was a challenge, and I took it. I like to challenge myself. I will never take the easy option when I make decisions. I will press myself to learn and improve. We have 4.000 labels on our premises and 750 labels ‘by the glass’. The broadest selection of wines by the glass worldwide. I like working in a big team, and I like having Ronan Sayburn as my mentor. I often tell my colleagues that we should all feel privileged to be working on such a large project. The amazing wines I have tasted, and the frequency with which one gets to taste them, is a once in a life-time experience. A job which involves diversity and great responsibility.”

He continues: “You know, the thing that I really admire about the British is that they never look at colour, race, nationality, accent, or anything of the sort. If you’re efficient and can deliver what is expected of you, you get the job. The best candidate will win.”

I start to feel that I have completely abused his kindness. We were meant to meet for a coffee and we’ve spent more than a couple of hours talking. I tell him and we decide to wrap it up. We could definitely go on and on. He is a fountain of knowledge and he is generous with it.

“I like the insouciance of wine. The people one meets, the jovial atmosphere it creates, the producers that enjoy what they are doing. I now often spend time on wine farms, harvesting, learning what is behind the label.”

The wines chosen for the tasting with Yiannis, were wines that are more reminiscent of their terroir, more elegant, more fruit-forward and structured. Wines that do not have tons of extraction and oak, and convey a sense of place.

Although I took very detailed notes about all of the wines, I didn’t feel I wanted to share them in the usual way. I decided I would like to dwell on the impression I was left with. Most of the wines had crystal clear fruit, and when I tasted berries of any kind I could taste and ‘see’ the fruit. Berry aromas and their ‘sweet-sour’ freshness linger in your mouth and senses, and make you want more. This is what came to mind. Crunchy fruit, crunchy tannins (most of the time), with backbone and the spice playing a very subtle role in the background. The alcohol levels were on the lower end, and when they weren’t, the alcohol was nicely integrated. Vibrant wines.

This tasting was a study of the ‘nude’. 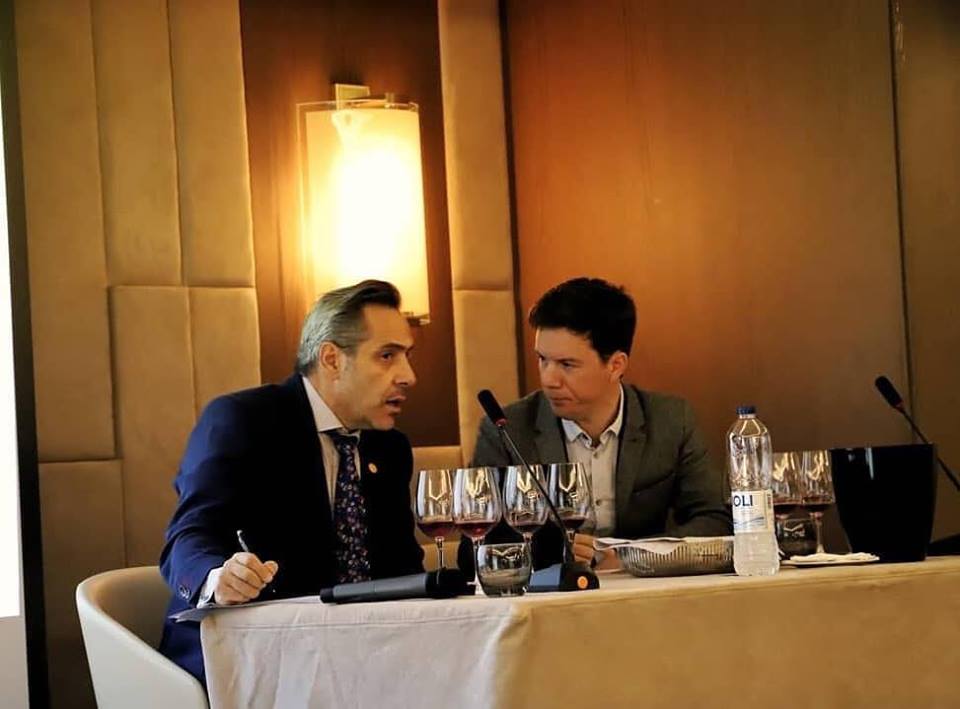 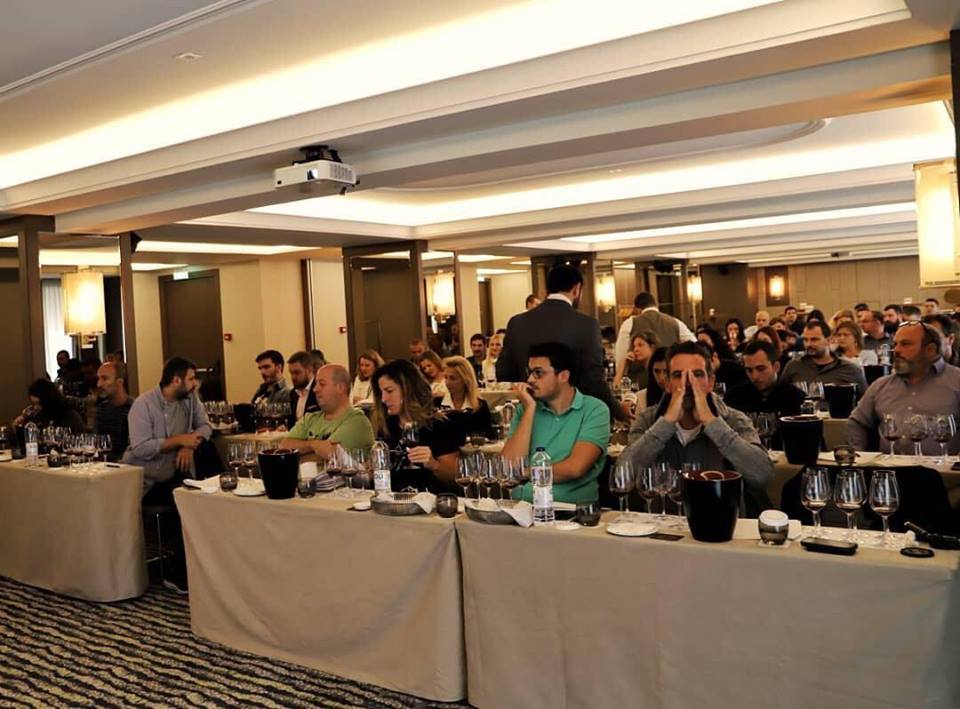