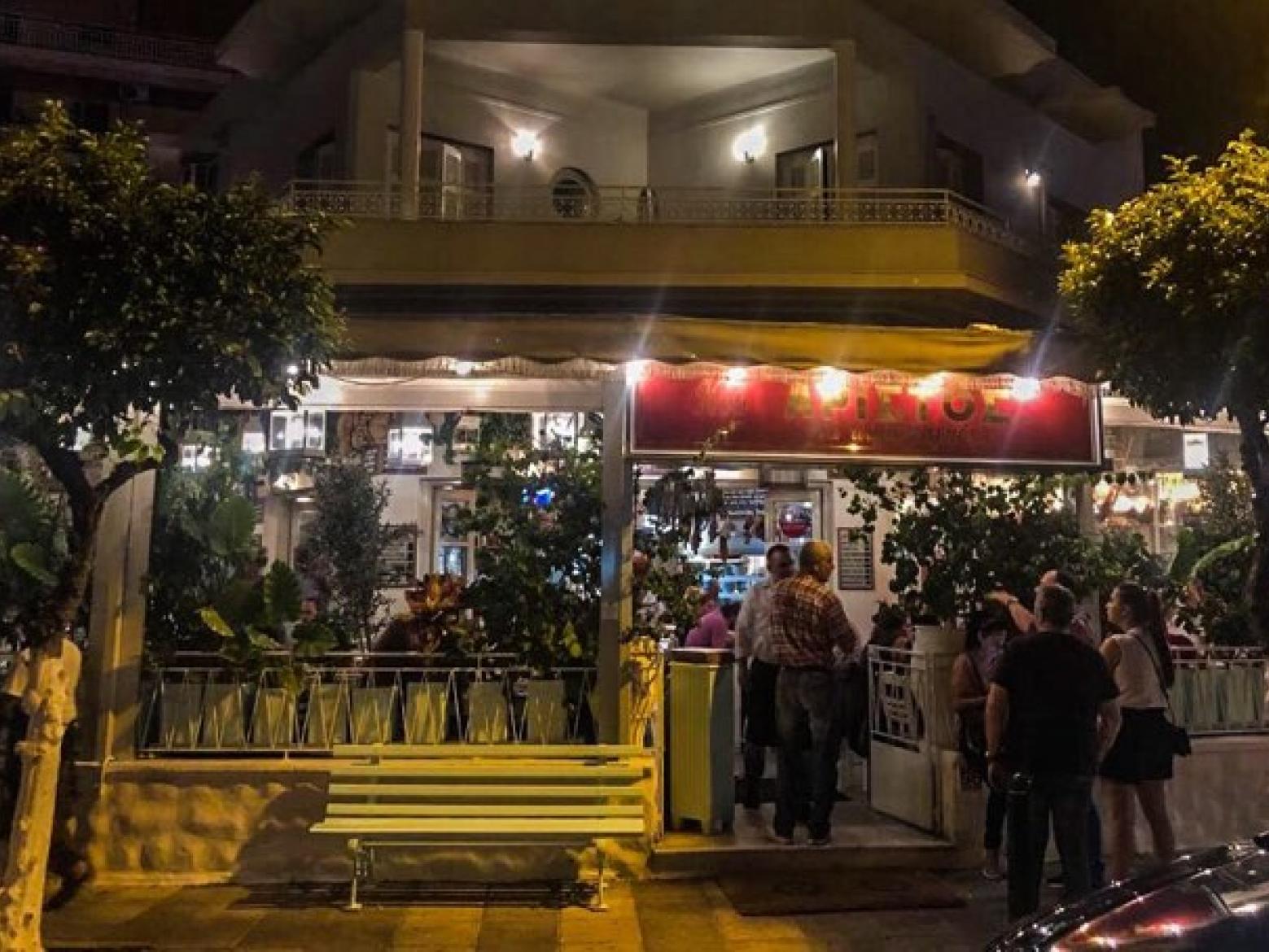 I had to run the last 400m to get to Kir Aristos' tavern, as I had been stuck in traffic for the last hour. “Great,” I thought to myself, “talk about luck.” I had been invited to the souvlaki, and beer tasting with the 20 Masters of Wine who are visiting Greece and I had been hoping I could get a tiny idea of how it all went during their first three days. I was lucky as I got to sit near Taina Vilkuna MW from Finland, Lenka Sedlackova MW from the Czech Republic based in the UK, Jane Boyce MW from Ireland, and Madeleine Stenwreth MW from Sweden, who all looked as if they were thoroughly enjoying themselves (I can’t resist smiling faces!). Also, they were quite welcoming. Right next to me was Mr. George Papapanagiotou from Enterprise Greece, the organising body of the visit (Hellenic Investment and Foreign Trade Company), across from me Gregory Michailos and Mrs. Eva Milik again from Enterprise Greece.

I asked Madeleine what her impressions were of the first three days and she said: “It was so intensive, I think I need some time to process all the information”. Apparently, the first evening they had attended a walk-around tasting of wines from Thrace/Macedonia,  the second day they visited an old vines vineyard with producer Stamatis Mylonas and then the Kokotos Winery, where another walk-around tasting of wines from Attica and Central Greece had been set up, this was all after a guided tour of the Acropolis, later on in the day a Honey presentation, followed by an evening with producers at Vintage Wine Bar, where they tasted wines from the Islands, and at Oinoscent Wine Bar, where they tasted wines from Thessaly.

On the day I met them they had attended a Masterclass in the morning about the ‘Perspectives of the Greek Vineyard’ moderated by K. Lazarakis MW,  a walk-around tasting of wines from the Peloponnese, lunch with a Retsina tasting, a visit to the Stavros Niarchos Foundation Cultural Centre and a walk-around tasting of wines from Northern Greece. By now, I was beginning to admire the stamina of Masters of Wine. I thought that being in wine was lots of fun, meeting people, traveling around, tasting the best wine...that kind of thing. But I was sitting with people who are ‘soldiers’ of wine. They only get to have fun after they’ve endured hours of standing, walking, concentrating, tasting, note-taking. “Hmmm, not exactly what I had in mind.” But, as Madeleine had confided to me earlier, “this is my passion. I can’t think of myself doing something else”.

I then decided to ask a table of ten ‘lads,’ who were laughing their hearts out, if maybe they were missing some female company and I was told off. “No, no, this is why we are having such fun.” What can a gal say to that! My heart sank. Then, Simon Nash MW, Cornelius van Casteren MW, Konstantin Baum MW and Richard Kershaw MW must have felt sorry for me, so we struck up a quick conversation about what they had thought of the retsina tasting and the fact that Richard lives in the country of my childhood and as I was told “he is one of the best wine-makers in South Africa”, which he quite 'naughtily' confirmed himself.

Unfortunately, I never got around to meeting the people who were sitting with Yiannis Karakasis MW and Konstantinos Lazarakis MW. But, I did have my photograph taken by Liz Thach MW, who insisted two kind gentleman, John Downes MW and Arne Ronald MW, be in it with me (pictured below). This table had the two beer brewers sitting with them, Sofoklis Panagiotou from Septem and  Antonis Peristeris from Strange Brew, who had brought with them excellent samples of what they make. I’m not much of a beer drinker, but the ones tasted are some of my favourite.

What I liked was the boisterous atmosphere, the laughing and talking, the energy going around. One would never have thought how hard all of these people had worked all day long. And, just as I was getting used to them all, and having fun myself, they were ushered into the coach that would return them to their hotel, as at 7:15 am they were checking-out to fly to Crete. At least there, they get to start their day with two beautiful guided tours of the archaeological sites at Vathipetro and Knossos, before they go into the Masterclass “Natural Approaches and New Trends” chaired by Yiannis Karakasis MW and the very rigorous programme that follows. 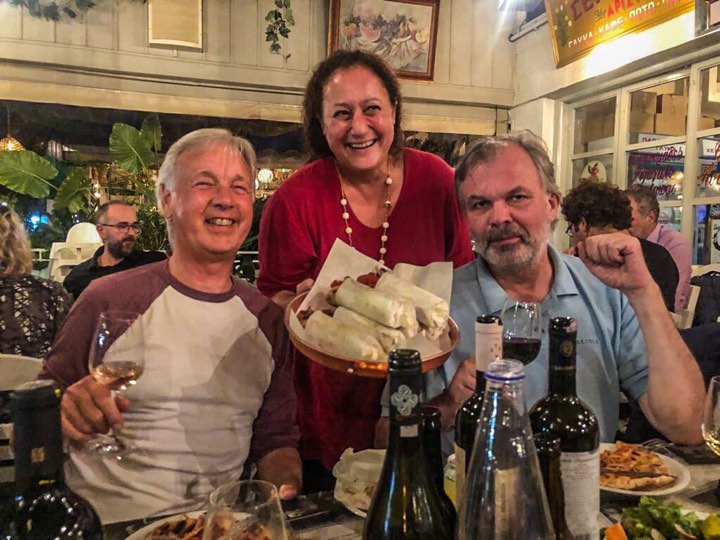 Other articles by Olga