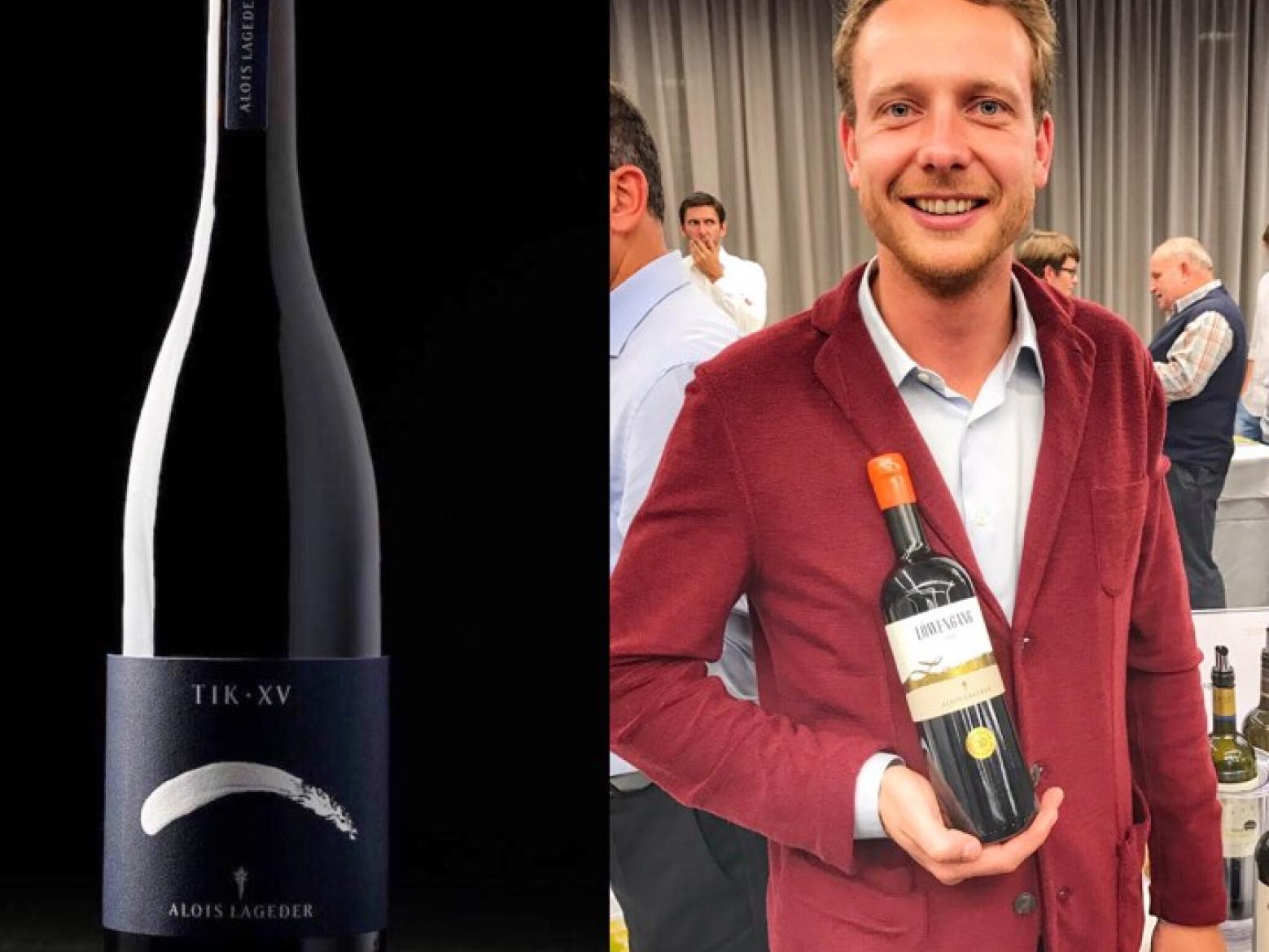 During my tasting round at the Alto Adige Wine Summit in Bolzano I stopped at the Alois Lageder stand. Clemens Lageder and I struck up a lovely conversation about the old vintages of Alto Adige and the feedback he had been getting from visitors about these, the previous day; the opening day of the summit. Since wines with character were the topic of our conversation, it felt quite reasonable to also ask him about the progress of their Assyrtiko project.

My friend Stefan Metzner had first written about the Alois Lageder Assyrtiko venture on my website Karakasis mw. You can read the original text at the following link: An Assyrtiko from Alto Adige and Alois Lageder. Well, the good news is that the wine has now been commercially released, and is included in the winery's Comets series.

Clemens Lageder describes this line-up of unexpected varieties and experiments, as follows: ''Comets flash by, leave a trail, and burn out. Some last for years, others just a few seconds. They leave an impression and can light a path to guide us in what we do every day. Our Comets are all about the joy of experimenting, the desire to innovate, and the need to explore our limits so as to learn from them. Each of our Comets is unique, just like a fingerprint, and the labels on each and every bottle are hand-made: the tail of a comet painted by a finger.''

The name of the Assyrtiko Comet is TIK XV (2015 vintage). ''Climate change got me thinking about planting other varieties, and that is how I came up with the idea of Assyrtiko. Now, after a few trials, we were very satisfied with the evolution of the 2015 vintage, so we released it to the market. So far, we are talking about 600 bottles only and we will see how it goes'' says Clemens Lageder. ''It's fun to experiment with new grape varieties and to see if it might work or not. Sometimes it does, sometimes not, but for sure we gain a lot of experience out of it. It is best said with the words of Samuel Becket: Ever tried, ever failed, no matter. Try again, fail again, fail better." he continues

Wine legislation forbids reference of the variety on the label, this is why the wine has been named TIK, to allude to AssyrTIKo. The vines are planted on slopes, at 300 m altitude, on gravelly, sandy soils, rich in limestone. Technical data -  Alcohol: 12.5% by vol, Residual Sugar: 0.4 g/l, Acidity: 5.3 g/l. The must is partially fermented on the skins and stems for three weeks and is then aged in a used barrique for several months (around 18 months).

Lageder might produce another Assyrtiko in future. In 2016 it was not possible, as the conditions for the grape were not favourable, yet it might be a possibility for 2017.  Clemens comments that ''we still need to wait how the wine gets at the end. But anyway, we will for sure try every year to produce an own wine out of it. If we will then release it or not it is a decision to be taken at the end. It's a comet. It might shine or but it could also disappear''.

I'm eager to taste this wine - the soonest possible - and hope that this Comet will become a leading light...