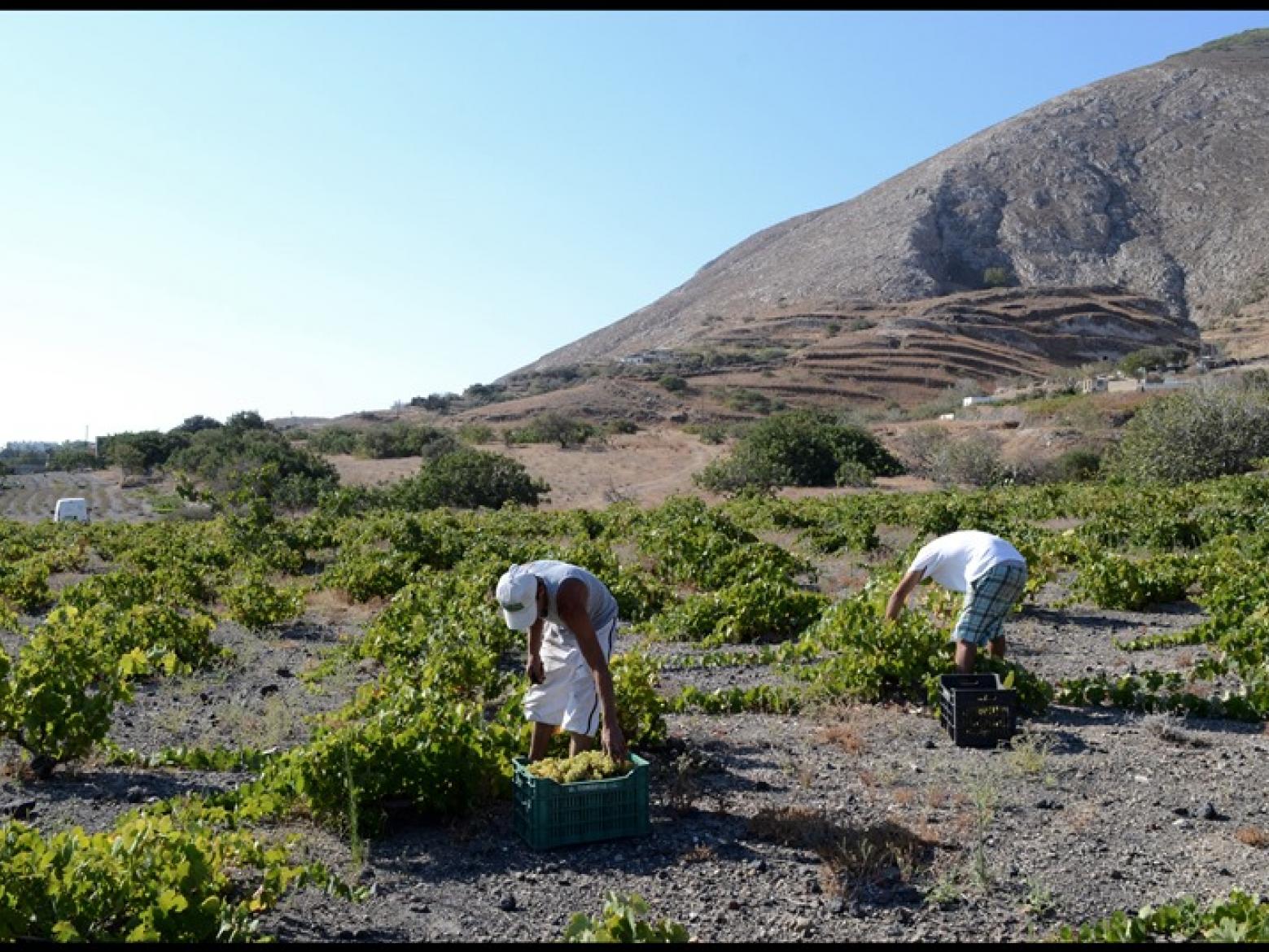 Assyrtiko, diversity and interpretations - a hero with many faces

I have in my new ebook ''The Vineyards and Wines of Greece'' described Assyrtiko as an ''Iron Man'' variety because of its taut and firm structure and powerful personality. Also because it needs time to unfold and reveal more layers of complexity.

Other game - words I have used from time to time are Robocop and Terminator. As long as Robocop is concerned you may read DameWine's post here that covers in detail my point. Regardless of which super hero you may choose, one thing is sure, that Assyrtiko is a fantastic variety, a variety on steroids expressing the unusual combination of high alcohol and high acidity along a salty, mineral if you prefer texture. Indeed if someone wants to taste minerality in a wine (provided it exists), an Assyrtiko from Santorini ticks all the boxes both aromatically but also on the palate.

But Assyrtiko is in now planted all over Greece and during my recent tasting in Thessaloniki and ''Map of Flavours'' wine show, I noticed more and more producers including an Assyrtiko label in their portfolio such as Lyrarakis, Theopetra, Pyrgakis, Lalikos and Pieria Erateini among others. This is good news for the variety I reckon, provided that other indigenous varieties are not left behind or neglected.

Very recently I had an once in a lifetime opportunity to lead a Masterclass on the variety in Thessaloniki organized to perfection by Stefanos Kogias' Wine Style. There I presented under blind conditions thirty five examples from all over Greece, literally x-raying the variety in seven thematic flights listed below:

b. Expressions in North and South

e. The oak factor and experiments

The wines showed really well and there is no single doubt in my mind that Assyrtiko can climb even higher in terms of quality although it already delivers stunning examples of terroir-driven wines. Consumers and wine enthusiasts need however to add more terroirs in their mind and wine - vocabulary like Crete and Drama that show great promise of producing unique, other interpretations.

First impressions as I plan to post a complete report after the Masterclass in Athens:

Terroirs: An Attica, mainland Assyrtiko was perceived by almost everyone as a textbook Santorini while the same more or less happened with the Cretan example. These two wines may open a discussion whether the Santorinian typicity could be be imitated, perhaps due a stressing factor in the vineyard or the cellar. Regarding typicity I could argue that most mainland Assyrtikos show a fruitier and more approachable character in their youth compared to the wines from Santorini, Tinos and cool climate Amyndeon

Drama produces fruity and round wines with less minerality and immediate expressive character while Crete when Assyrtiko is planted on high altitudes lean and savoury wines full of freshness and precision.

Lees ageing if done wisely can add more layers retaining however the varietal expression; Vassaltis Santorini and Karamolegos Pyritis are such examples while oak fermentation and maturation is responsible of a more Burgundian example (Gaia Wild Ferment). The Nykteri style can be anything as regulations state minimum alcohol 13.5% abv and three months in oak, so it can be from elegant discretely oaked to full bodied oxidatively nutty.

This can become a big debate but in general I believe that unoaked versions can evolve for more time and the Sigalas 2008 basic Santorini which was in perfect condition proves my point.

Besides the Big Guns

Some of the unusual suspects that impressed me were:

Papagiannakos 2015, Very mineral at first with a taut structure and pure fruit.

Lyrarakis Vóila 2015, From Voila vineyard at 580 m altitude in eastern Crete this is lean and elegant with a nice combination of minerality and some floral nuances. Charming and characterful.

Vassaltis Santorini 2015, Almost full-bodied, yet surprisingly forward for such a youthful wine. Refined and balanced with a long aftertaste.

Vriniotis Sur Lie 2015, This is consistently one of the most interesting Assyrtikos out of the variety’s homeland. Expressive, refined and complex nose, like a cross of a Santorini and a dry Riesling with lime and intense chalky minerality.

Karamolegos Pyritis Mega Cuvee 2015, three parcels in Megalochori and Pyrgos, 10 months on the lees. Tight and focused nose followed by a delicious palate with a salty core. Lots of fruit as well. Impressive and long.