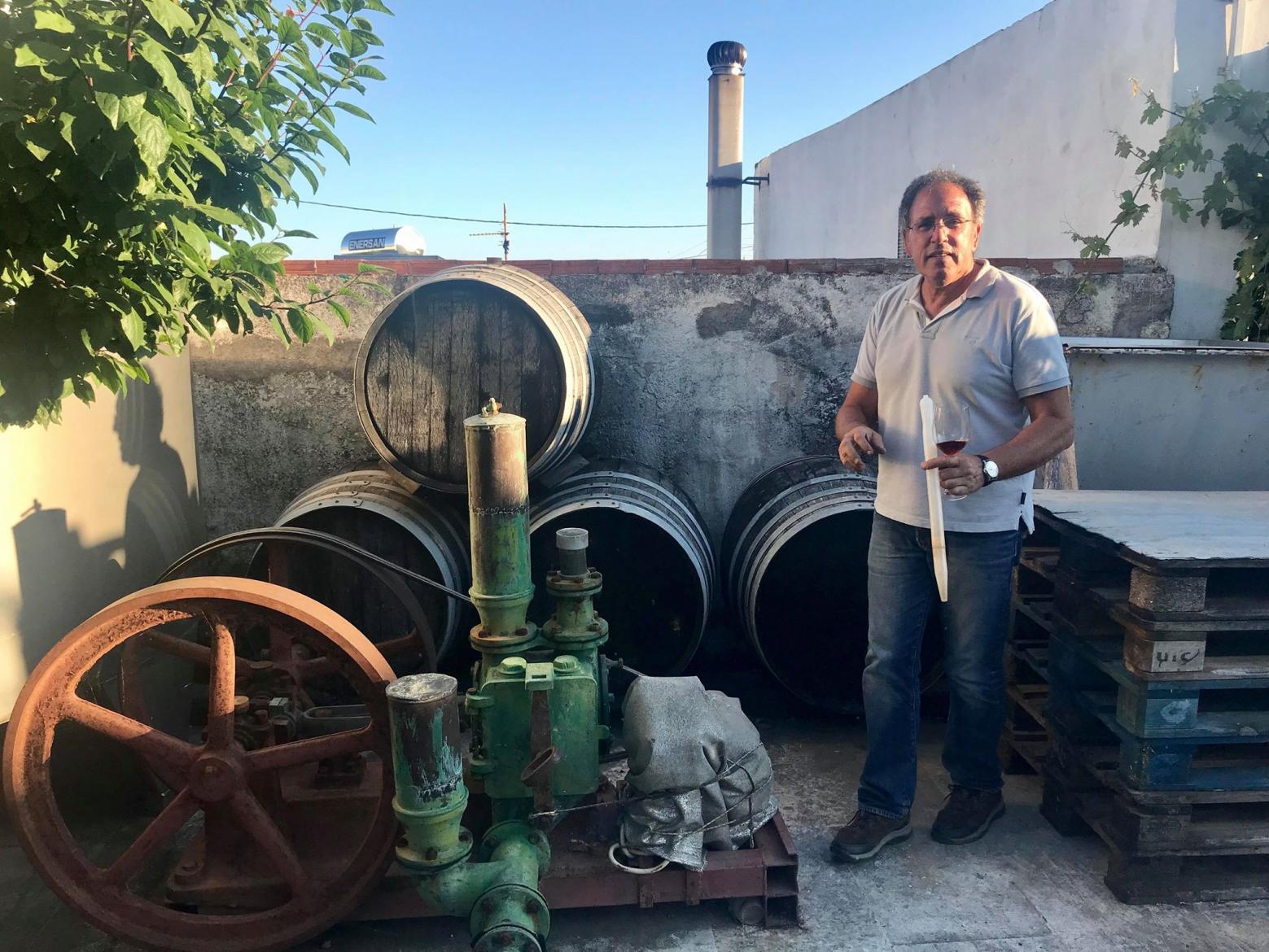 When I started writing this story, in the airplane flying back from Sitia to Athens many titles popped up in my head; Mad Max Universe, End of the World, or even the Antikythyra mechanism, all sounded appropriate. For the world of Yiannis Economou in Ziros, to the south of the city of Sitia in the furthest eastern part of Crete, is a singular one. As are his wines. Wines not for the faint hearted, a cross of aged Rioja with the power of Gevrey - Chambertin and some Barbaresco charm. Released with considerable age; 2004 was released last year while 2008 is the next in line.

An uncompromised man of passion and vision sets the tone as we start touring the vineyards. “The broader area of Sitia is very different compared to the rest of Crete; here we play the violin and not the lyre as our strongest influence came from the Dodecanese” he says. He owns 16 ha with 10 of those under production all in Sitia PDO at altitudes of 550 to 650m. The entire area is semi mountainous peaking to 700m. There is a constant see breeze cooling temperatures down and contrary to what might one expect the average temp for summer is just 25C. There is considerable rainfall (600mm on average but 2019 experienced 1900mm!).

Economou has an obsession with old vines, he works with ungrafted prephylloxera bush-vines. He estimates their average age between 60-80 years. “Phylloxera is not here. You know why? Βecause of the climate, there are no fresh roots, no ‘meze’ to feed on. So it cannot survive” he states. Red Liatiko is king but Yiannis questions all this ‘July related saga’. “Liatiko refers to the size of the berry and bunch (not to July harvest), I harvest in mid-September and not in July. And the Liatiko clone in Sitia is completely different than the rest of the island’. For 2019 which seems to be a late ripening vintage he may even have to get into October and this applies also for Assyrtiko. He believes that Liatiko produces watery wines when in high yields and all the magic lies in polyclonal selections. “I like ‘anarchy’ in my vineyards, why keep only some clones?’’ 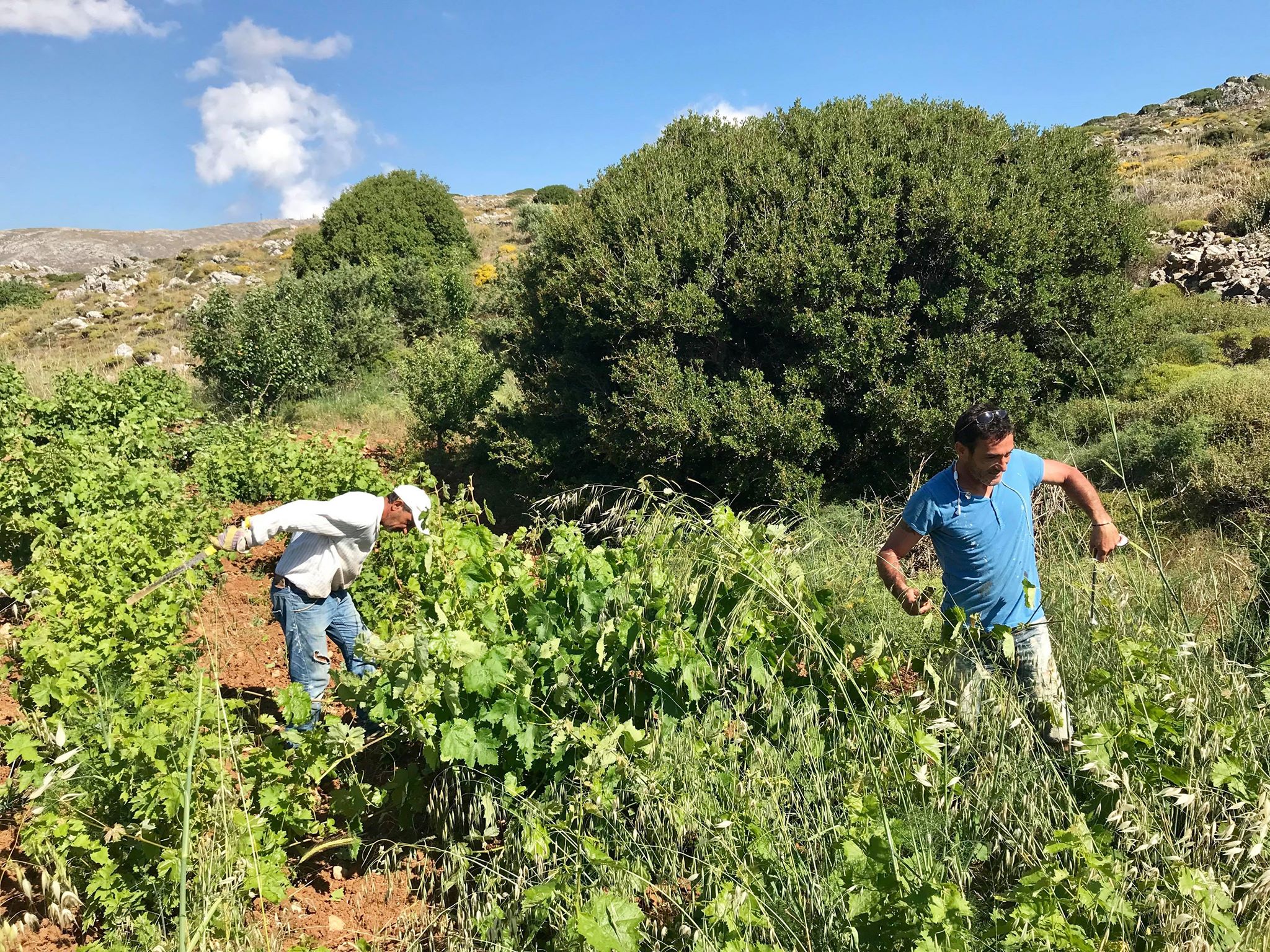 Despite being the only producer of the area he doesn’t mind producing a wine without the PDO designation. “It is not a matter of Peza, Arhanes or Sitia. Few people will really care about this, if none. It is the power of the producer that makes the difference,” he continues. He admits that he has always been a loner. The only child of the family that had to manage situations on his own with no brother or sister to call for help. And then as the only producer of the region. “It was hard only to make the decision to start, and then everything was much more simple’’ he says.

Our discussion goes back and forth many times. Born in the mid 60’s and after living a good life in Italy, France and Germany and having worked in celebrated wineries as an oenologist in Bordeaux and Piemonte he came back to the mother land. At the end of the world. This is the place that extremely few people will manage to reach. To get to Sitia you have to come only for Sitia. At the beginning he struggled because his wines were hard to understand, there was no international element but only sophistication and a new approach. When he started releasing only mature vintages, people thought he was from another planet. And maybe he is.

Yet things are very straightforward for Economou. He is a perfectionist and makes no compromise. There is no shortcut and no recipe. He first faces the challenge of the totally fragmented land. “It is a crazy concept because everything is in tiny pieces. You see this vine?’’ he asks me. “It is owned by 9 people’’. He explains that there is no notion of a single terroir in Sitia. Soils change across few centimeters from limestone, to marl or to schist and phyllite in the western parts. “Crete emerged from the sea because of the friction between the African and European tectonic plate. I often find sea shells in my vineyards’’ he continues. 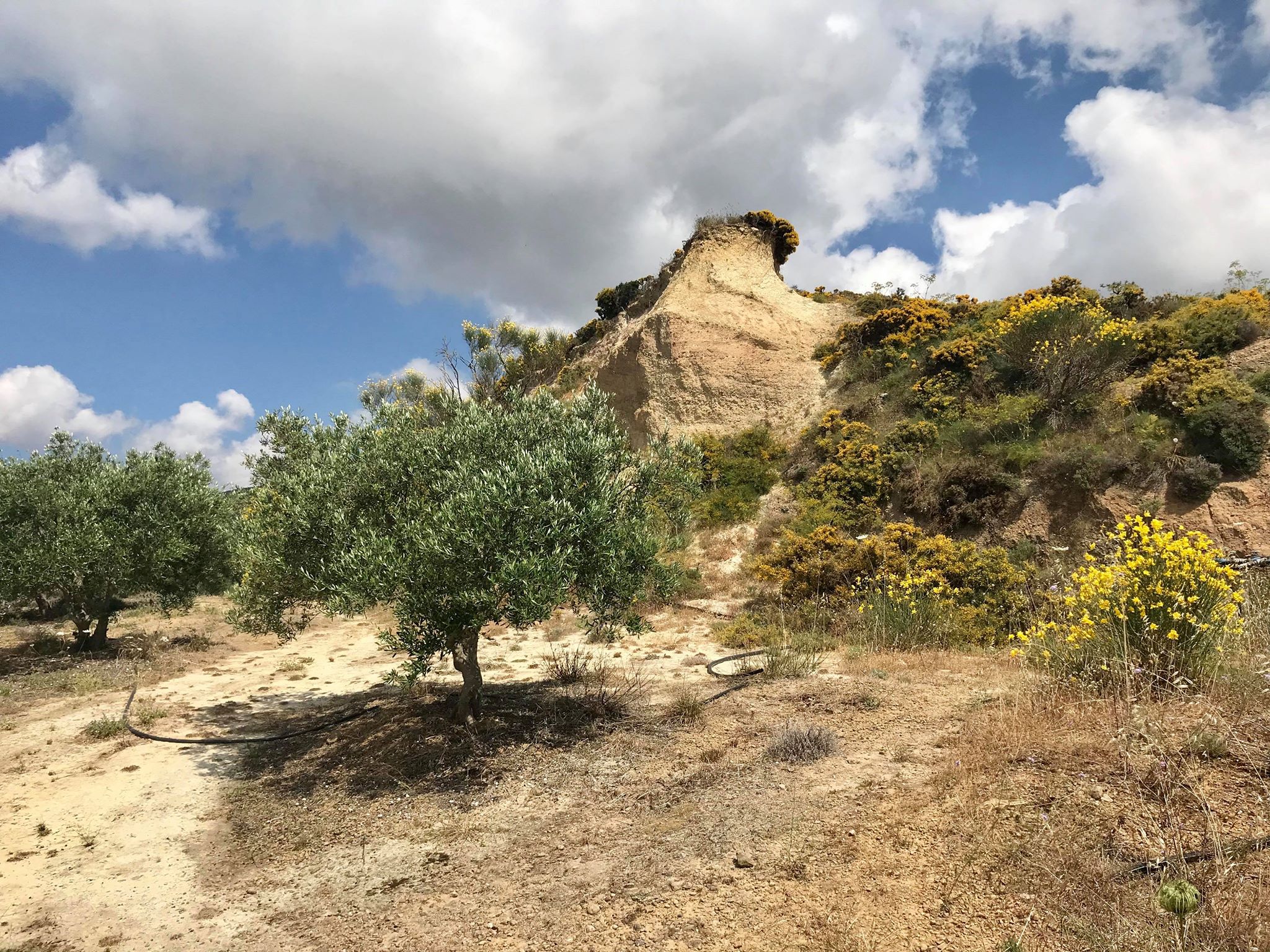 A snapshot of various soils (limestone, marl and clay/schist)

Then he tests his wines under extreme conditions constantly experimenting. Some parts are aged oxidatively, some others under the sun but when they are ready to get together they shape a form of Antikythera mechanism. The wines that do not pass the tests end up among the 50 tons of vinegar that he keeps separately.

Following some tough years when he could not sell the wines Economou has risen to an iconic state. But there is no winery sign, no fancy building but a Mad Max world with tools and machine parts everywhere in his mother’s house (pictured below), in Ziros, 31 km to the south of Sitia. This is a small town with only 400 inhabitants dating to the Venetian era being mentioned for the first time as Siro in 1577. The scenery is unforgettable with tanks everywhere and old barrels of Malvasia in the sun like in Madeira.  “Malvasia started from the Eastern Mediterranean, this is the original wine’’ he says as I taste a liquid elixir straight from the cask.

Total production is 20-25,000 bottles with almost 17,000 red Liatiko that has some drops of Mandilari (local clone called Voidomati) and 7000 whites of Assyrtiko and Thrapsathiri/Vilana. There is also some rosé that he wants to grow to 6000-8000 bottles and a sweet Liatiko. He makes some international varieties (calls them 'pardala') Cabernet/Syrah etc but has never tried to sell them. From some vintages he holds back 2000lts from specific vineyards that he plans to release in the near future, adopting the burgundian 'Cru' model, starting from 1999 from the Vassilikes vineyard (tasted below).

Ιn this unique world, Economou is an evangelist not only of Liatiko but of a new vision of things not completely understood by everyone. But by the few. As are his wines. But he would not want it otherwise. 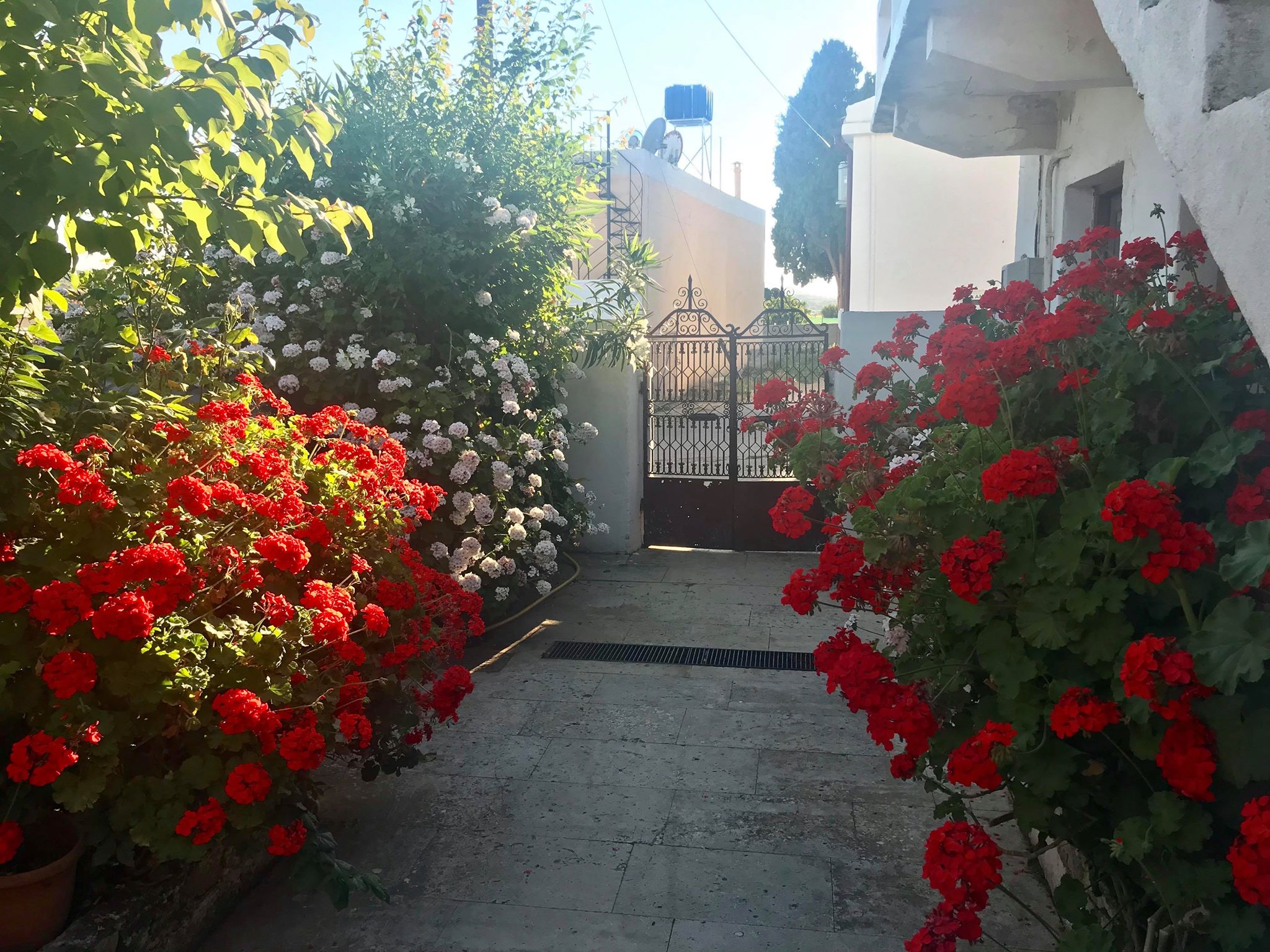 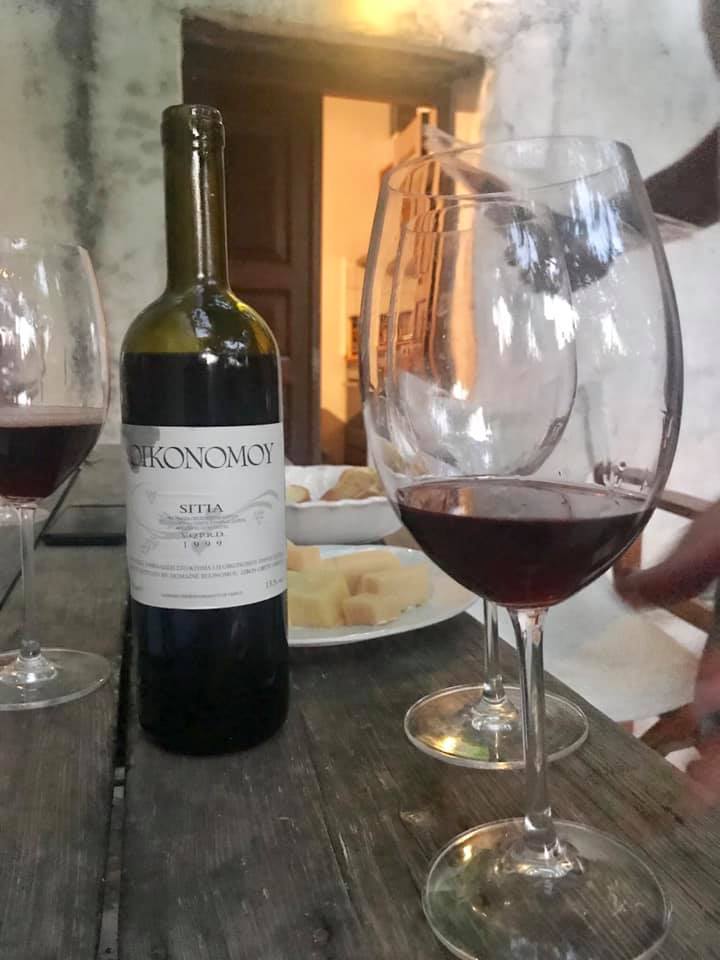 This is a pre-release 08 Liatiko with a dash of Mandilari from Sitia that Economou calls Voidomati. Medium bodied with a tomato confit character. Very elegant perfumed and peppery on the nose. Ripe but firm on the palate. An exotic wine of aestheticism.  ****+

A wine that makes you wonder. Classic Economou on the nose with noble funk, earth, black cherries, black olives and spices. Majestic on the palate reloading when you think that the aftertaste has ended. An alert pointed calligraphy.  ******

Like walking in an Asian spice shop full of cardamom and cumin around a core of tar and dried cherries. Silk and cashmere perfection on the palate. Now and for the next 15 years. Epic.  *****

Full scores in the Wine Records Section of my blog 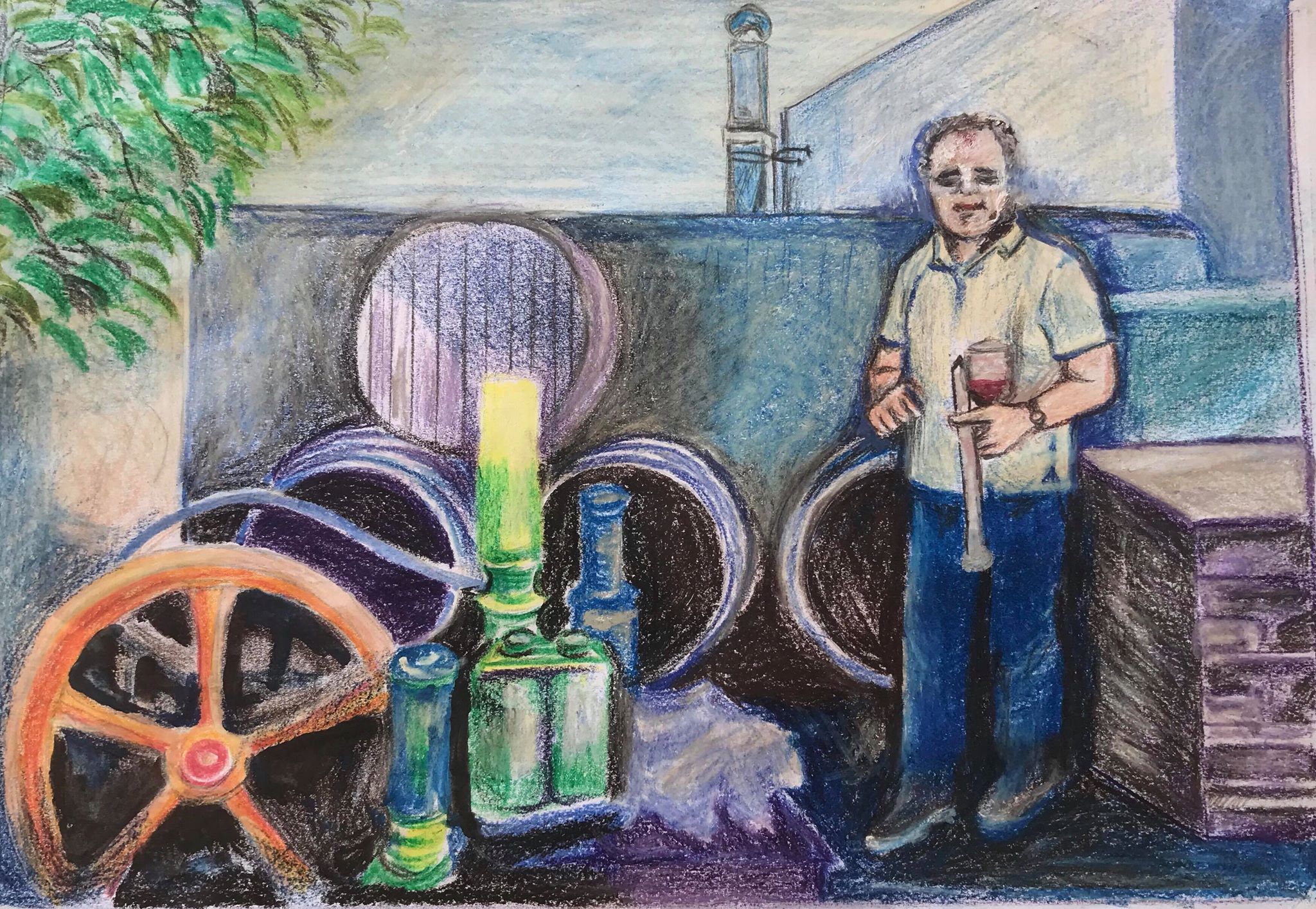 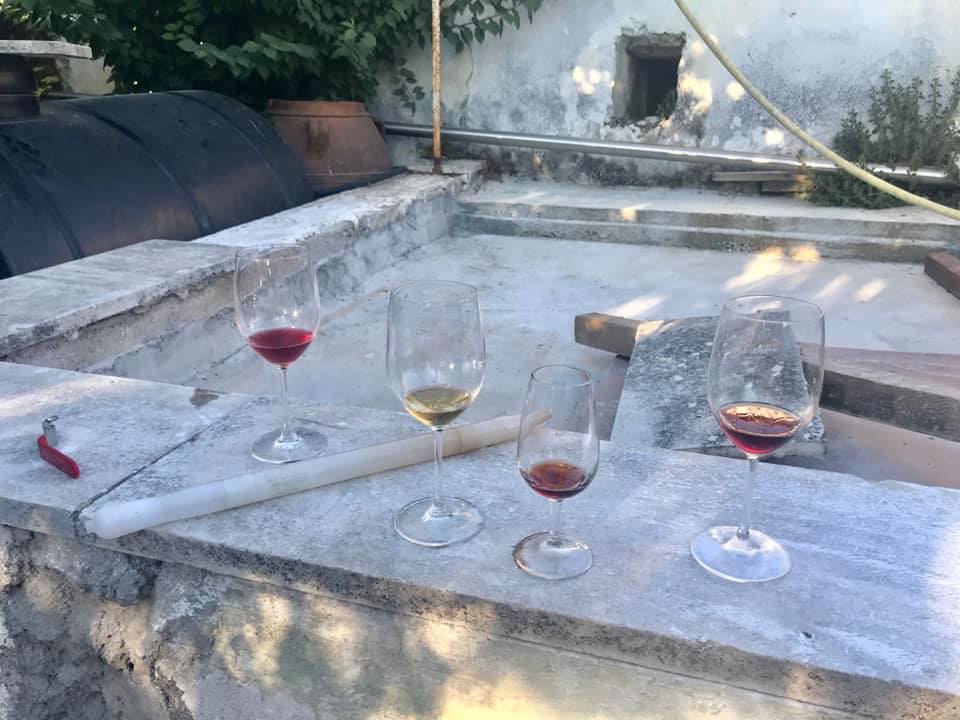 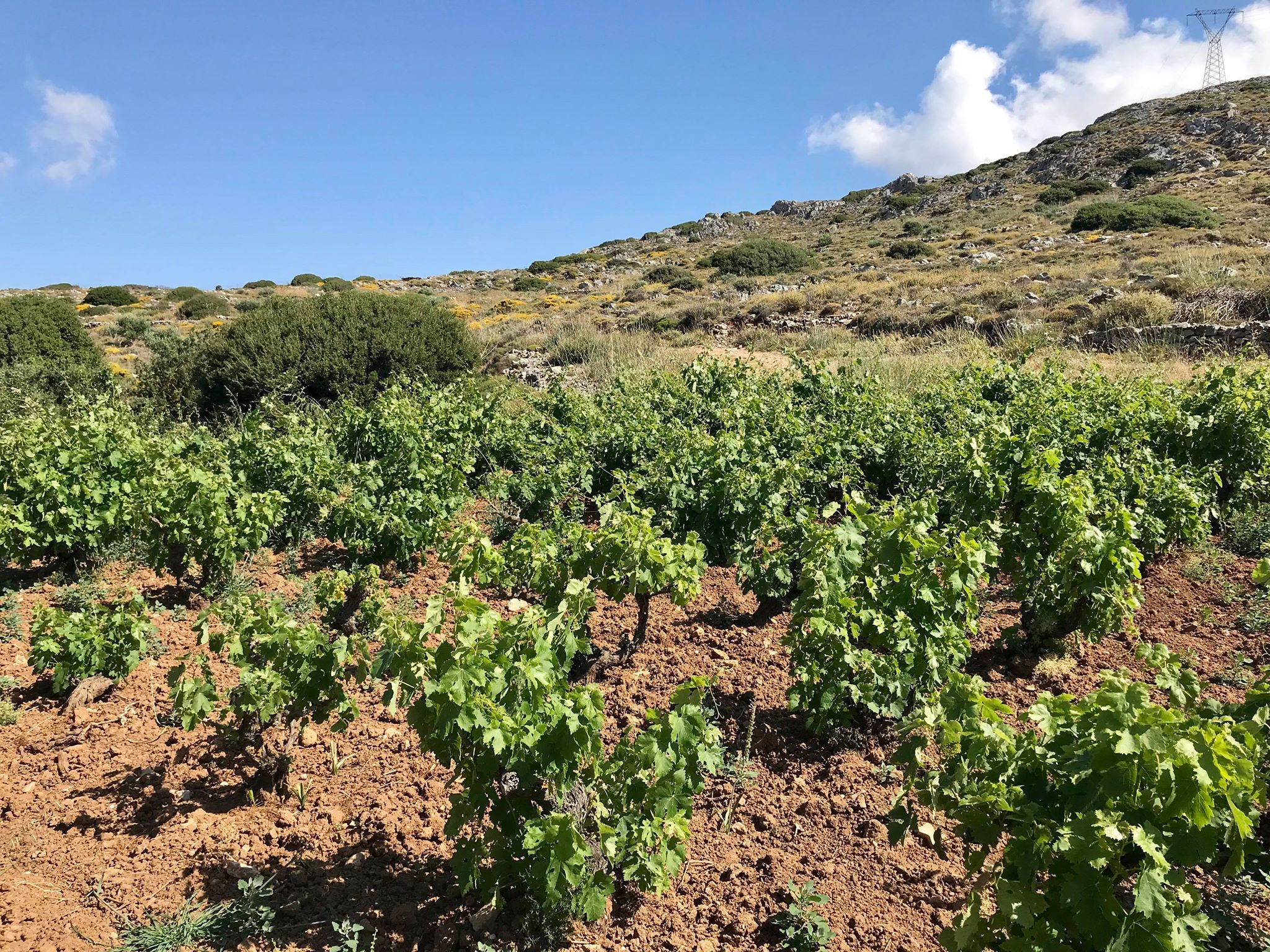 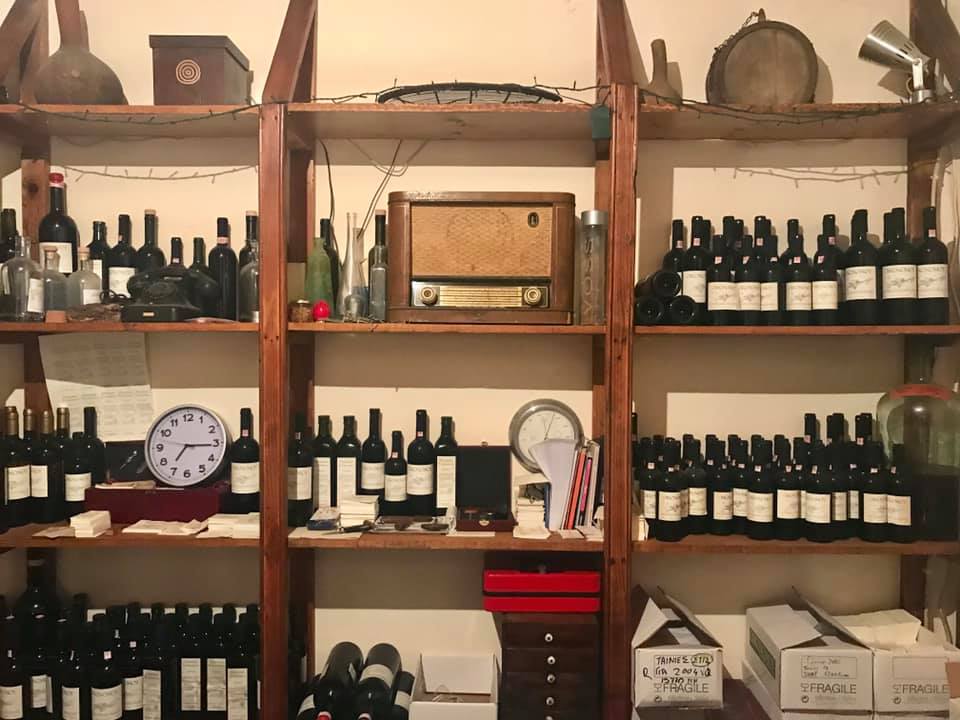 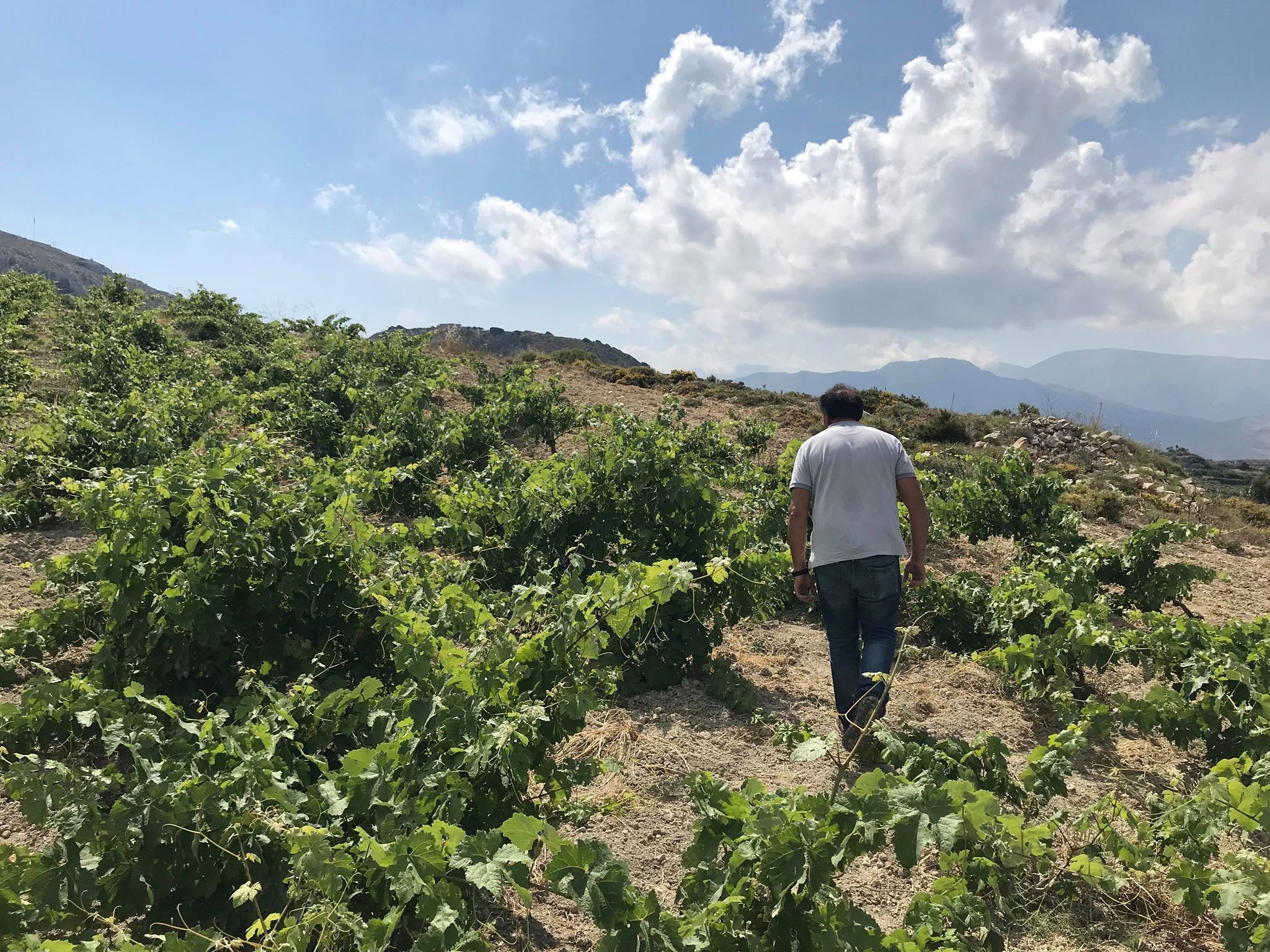