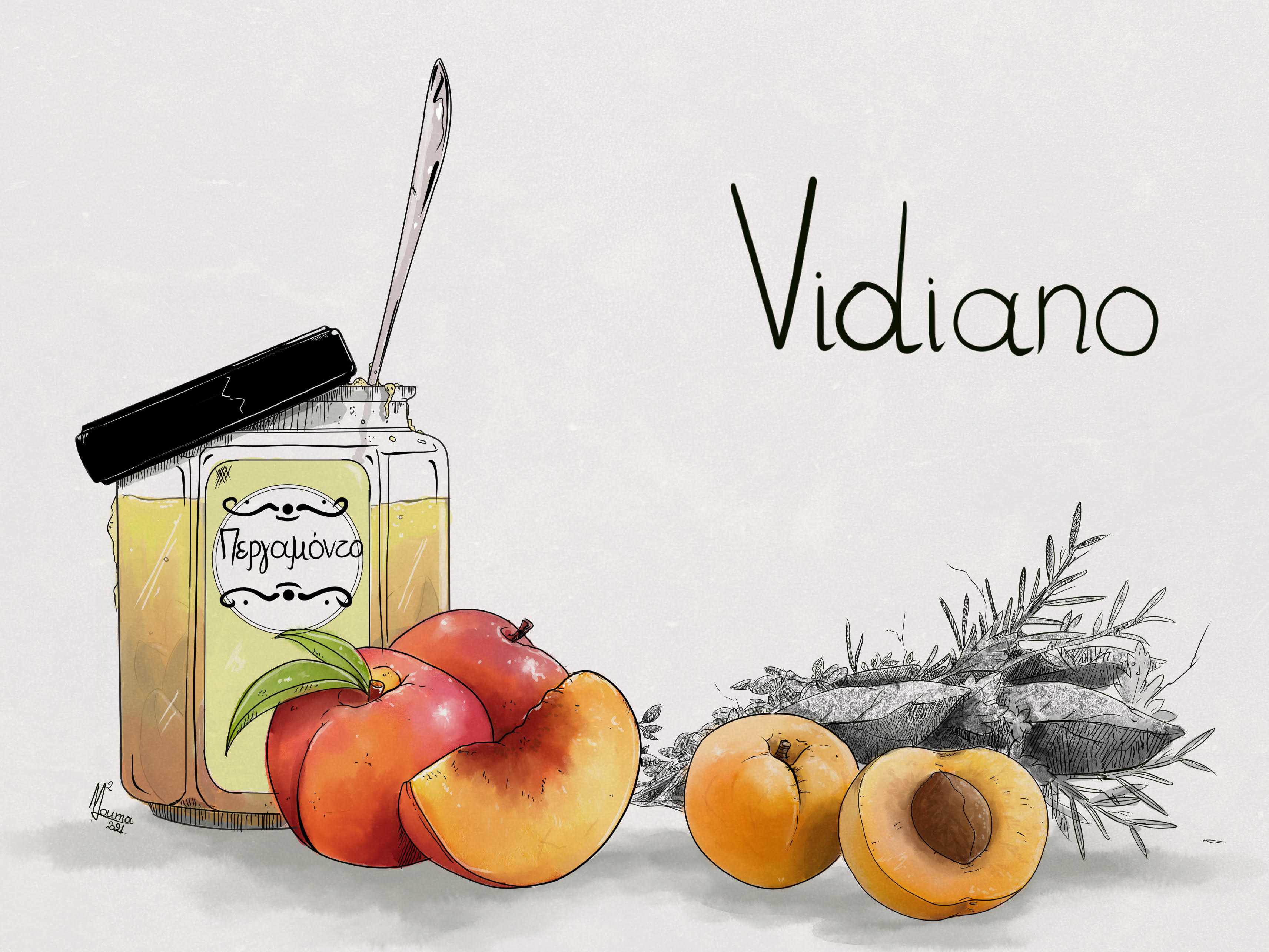 A Cretan variety that was rediscovered in the 80s and is only recently showing its true potential. It currently occupies a small part of Crete's total vineyard area, around 150-200 ha, but is constantly expanding. Mainly found in the prefectures of Heraklion (primarily), Rethymno and Chania in Crete, but lately, it has also emigrated to Kavala (Pangeo) and Pieria (Northern Greece).

Its reputation is on the rise because it combines the fruity, textural and mineral elements. Wines range from fruity and aromatic to complex, mineral and elegant in character depending on the altitude at which the grapes are grown and the vine's age. Textbook aromas include peaches, apricot, bergamot and herbs, with a mineral undertone. Can be oaked or not, but it will always retain a solid vein of acidity.

It is increasingly being explored in all styles from sparkling, unoaked, oaked and even orange wines.

Αccording to Stavrakakis (The Cretan Grapes 2017) it is a noble indigenous variety of Crete, that has been cultivated from the 13th or 14th century, of uncertain origin. It seems there are different versions concerning its name and origin. One suggests it originated in Lassithi and its name was lent by “Vidis”, an old Venetian family, that lived in Heraklion around 1249 and owned property in Lassithi. In contrast, another suggests it was cultivated in Heraklion. Its name is derived from the village of Avdou, named after the Prophet Avdiu, and was later transferred to Rethymno by refugees who settled in “Avdanites”, a small village in Mylopotamos.

Either way, it wasn't until the 1980s that it was discovered. According to Nikos Douloufakis, one of the first winemakers to focus on Vidiano, in 2000 when he was in the process of restructuring his vineyard in Dafnes, Heraklion, he was told that Haroula Spinthiropoulou from the Institute of Vines had attempted microvinifications of Vidiano and had concluded that it is a variety with superior characteristics. Around the same time, he met two viticulturists from a neighbouring village, Agios Thomas, who were already growing Vidiano. This they had found, among other varieties, on old terraces in the village of Fourfouras in Rethymno.

Vidiano is genetically close to Lagorthi and a smaller degree to Tharpsathiri and Vilana (Biniari 2007). Moreover, it is a vigorous variety with high but unstable (due to uneven ripening) productivity (up to 180 hl/ha). Mid-early budding and ripening from the 20th August to 5th September. To control its high productivity, it is planted on slopes and poor limestone soils.

Older own-rooted vineyards, mainly in Rethymno, are head-trained and spur pruned. In contrast, newer vineyards, on grafted rootstock (110R, 140Ru, 41B), are Cordon-Royat trained, spur pruned, with vertical shoot positioned trellis systems. There are patches of Vidiano also trained in the pergola system in Asites village in Heraklion. This is a “V’’ shaped system adopted by producer Zaharias Diamantakis, which provides the grapes with more shade and this perhaps results in a more restrained and mineral expression. Bush vines would be ideal for the variety says Diamantakis, but he also notes the difficulties involved (labour intensive).

Nevertheless, as Douloufakis points out, some spurs produce much, whereas others not at all. For this reason, he had contemplated experimenting with Guyot pruning, which he surmised may correct the unevenness in the production. He also adds that in the first few years production levels are higher, but this stabilises at lower levels as the vine ages.

Best results are shown when grapes are harvested at 12.5 to 13 Be to produce a wine in full colours at 13.5% abv. Vidiano prefers moderately fertile soils, calcareous with a degree of inclination and good drainage. The type of soil in Dafnes Area, where significant plantings of Vidiano are located, is characterized by medium texture to clay loam. It is rich in calcium carbonate in a percentage that exceeds 40%. The presence of calcium carbonate that neutralizes the soil's acidity, connected with the pH that ranges from 7 to 8.5, is excellent for the absorption of most trace elements by the plant. Calcium carbonate also improves soil structure, ensuring proper drainage and good soil temperature. These soil characteristics contribute to the satisfactory phenolic and technological ripening of the grapes and, therefore, to wines with solid structure, weight and sufficient acidity.

Medium to large conic shaped bunches of medium to high density with a rather short peduncle lignified at its base. The berry is round or slightly oval, yellow-green, thick-skinned, difficult to detach, with a sweet and slightly tannic soft pulp. Its taste is reminiscent of peaches, apricot and pomegranate. Drought resistant, but susceptible to powdery mildew, leafroll virus and grape moths. It retains its acidity even though it needs to be harvested fully ripe, which means higher sugars and alcohol.

So far, only two clones have been identified. The one with the more spherical berries is considered inferior, according to Douloufakis.

A variety that produces well on different soils, but does best on calcareous, clay-calcareous, granitic, poor soils, on slopes and cooler regions. In Heraklion, in the broader Dafnes area (50%), with some vineyards with mostly old vines in Rethymno and Chania.

Ideal terroir: slopes, poor limestone and rocky soils, an altitude of 300 to 550 m (below that too productive and higher possibly too lean), long pruning, deleafing.

The vineyards in the Dafnes area are located northeast of Psiloritis Mountain. The wider area's relief is formed by rolling hills, almost parallel to each other, extending from the northern part of the prefecture to the south at 300-500 m. The vineyards are planted on the slopes of these hills, with eastern or western exposure.

The elongated valleys formed between the hills serve as natural canals, transferring the conducive chilled breeze from the Cretan Sea to the prefecture centre, maintaining the slopes' temperature at excellent levels during the summer. Rainfall is rare in the summer months, so plants and grapes are not susceptible to virus diseases.

Whereas in Heraklion the oldest vines are 25 to 30 years old, in Rethymno there are a few old vines, of over 80 years old, according to producer Iliana Malihin. Essentially in Rethymno, most Vidiano vines are found in Melampes (Agios Vassilios) and Fourfoura (Amari). In these areas, the plantings of Vidiano are found in a percentage of 80% or more. Old vines say Malihin are more resistant to disease and yield approximately 40 hl/ha. They have significantly reduced production, but they deliver high concentration. The wine from these vines has a deep and concentrated nose while the fruit is focused on a honeyed character and intense minerality.

Classic fruity/mineral: Fermentation in tank is characterised by aromatic wines in the first few months, with a bouquet of citrus and stone fruit, together with floral aromas, that will give way to a more complex and mineral character as the wine ages.

Orange: spontaneous fermentation increasingly in an amphora that can be followed by barrel maturation. This result in a rich, aromatic and zest expression with a light tannic grip on the finish according to the degree os skin contact.

Blends with other Cretan and international varieties, such as Plyto.

From the vineyard to the cellar

Lees ageing is becoming increasingly common to provide more mouthfeel and added texture; however, if overused, it will strip the wine of its benchmark aromatics' elegance.

It is fascinating to witness the evolution of Vidiano over bottle ageing. Drink the simple tank versions in the first 1-3 years following the harvest, but cellar more the barrel-fermented and lees-ageing examples for 5-7 years.

Just as lamb is rich in thymol, pork is rich in lactones, which gives it naturally rich fruity notes. Lactones belong to a family of molecules with expressive tones of apricots and peaches, hence many chefs have created recipes that match pork with fruits. Wines that are rich in lactones are those that have matured in oak barrels and Vidiano is a variety from Crete that has an affinity to oak and sometimes reminds me of a slightly oakier version of Chenin Blanc; a bit broader and less sharp. 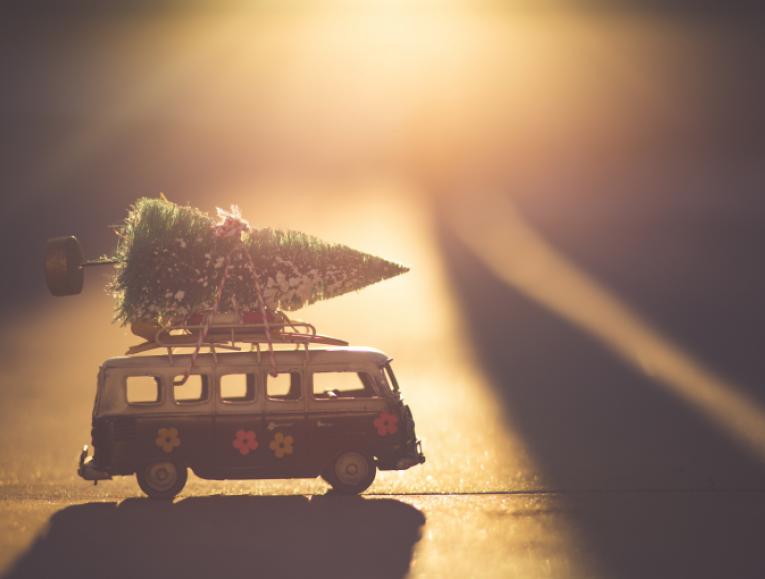 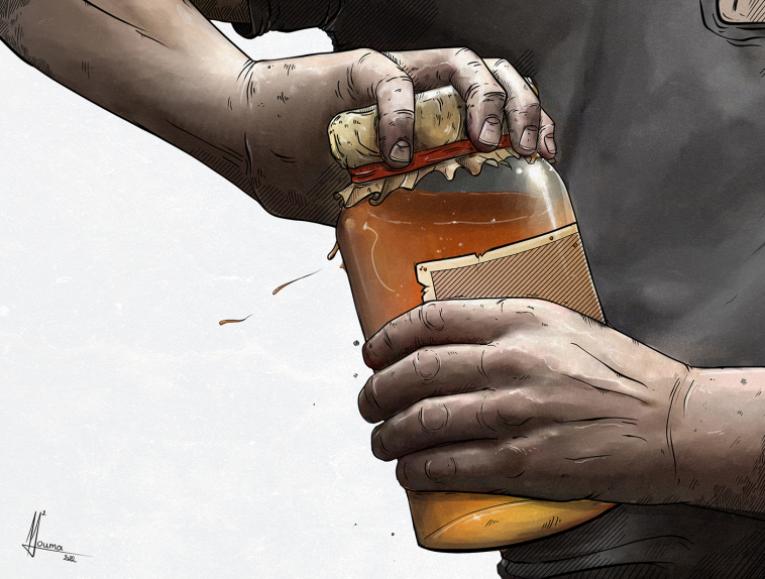