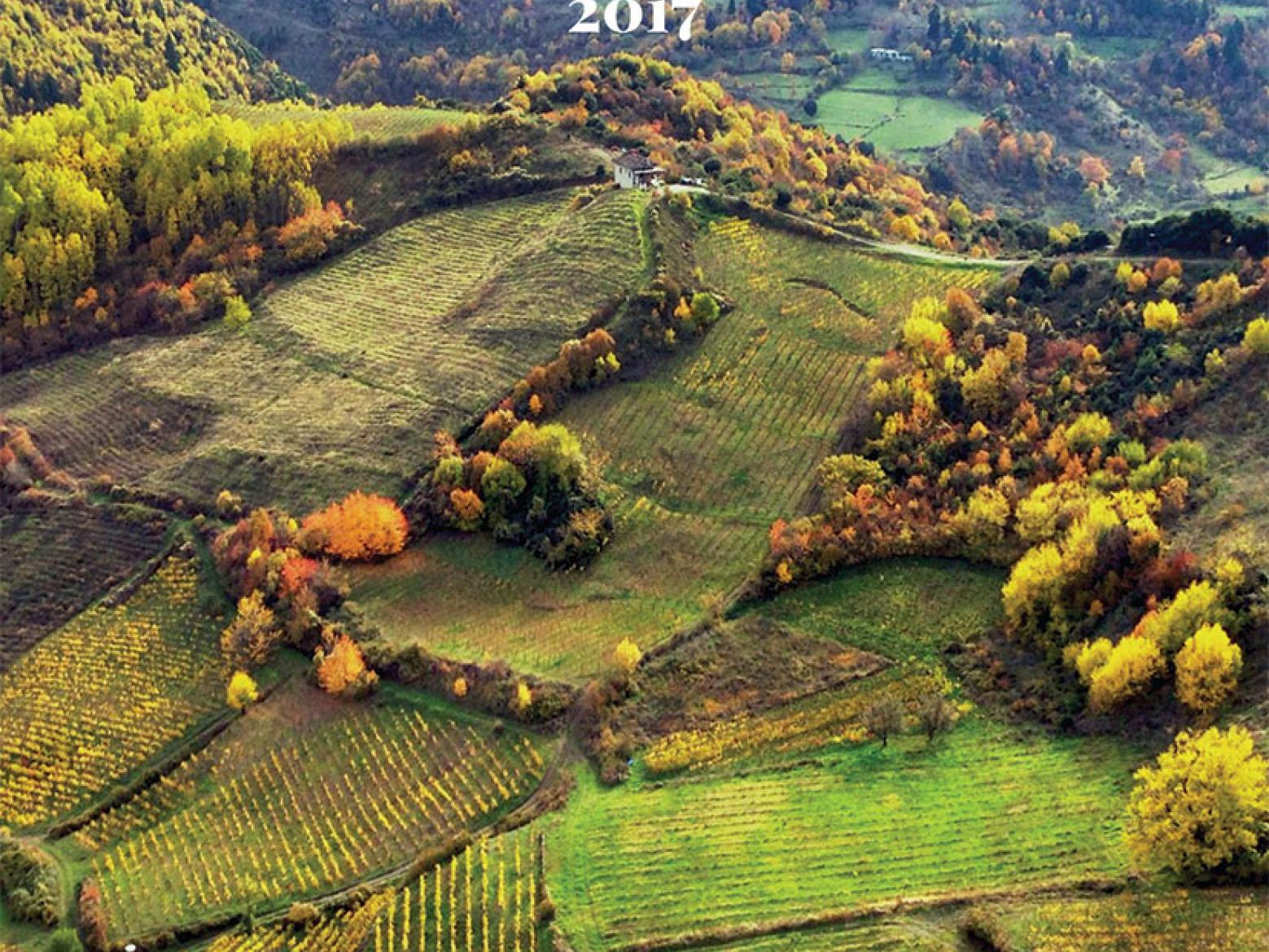 Trends and Challenges on Greek wine. (Originally published in The Vineyards and Wines of Greece 2017)

Less is more: Whites, especially the ones with no oak during fermentation and/or maturation have reached a satisfactory to high quality level, demonstrating an expressive character full of freshness, minerality and elegance. However, when it comes to reds there is still considerable room for improvement since it often involves more complex winemaking protocols. I have witnessed though a trend for a more judicious use of new oak, which I believe should not exceed 20-30% in most of the cases.

I have also observed producers reconsidering and investing in concrete of various shapes. For example, Sigalas purchased both square and egg tanks made of concrete for selected vinifications; T-Oinos in Tinos Island will experiment from the 2016 vintage onwards in concrete amphora, while Sclavos in Cephalonia selected concrete from Sonoma. The benefits? The same amount of oxygen avoiding the toasty vanillin character. The challenges? Quality wine and addressing the implication associated with new types of fermentation vessels.

While these are limited examples, they indicate that something may change in red (and white) vinification permitting better fruit expression and allowing terroir to shine. Producers might start reconsidering the use of oak, by starting with less new oak and increasing it when there is a need (something that I personally doubt).

Emergence of a ‘’natural’’ scene: Though I am particularly happy for the appearance of Greek ‘’natural’’ wines that show another interpretation of winemaking, we shall be cautious. The main and number one priority should be to produce an enjoyable wine. Sclavos - Zisimatos in Cephalonia and Tatsis in Goumenissa have already implemented a protocol for all production while good efforts have been made by Dalamara (Natural Negoska), Melissinos (Robola Natural), Tetramythos (Roditis, Mavro Kalavrytino and Muscat) and Boutari with its No Added Sulphur Moschofilero and Syrah.

Lees contact: This is a well recorded trend worldwide and spread also in Greece with fine results in Assyrtiko, Malagousia and other varieties. While most of the times the result complement the initial idea, there is a threat that prolonged lees ageing might dominate the varietal expression.

Researching the varieties: A few months ago I had the chance to interview the famous French ampelographer Jean-Michel Boursiquot during one of his visits in Nemea. When I asked him specifically of how much we really know about Greek varieties, Boursiquot replied that for the main ones (like Assyrtiko, Xinomavro and others) we know about 50% and for the rest almost nothing!

Thereafter, we held with Dr.José Vouillamoz a masterclass for the preservation and promotion of Greek varieties. There, Vouillamoz also endorsed the view that we need to further research our already 220 recorded varieties, to fill in the enormous missing gaps. For example, so as to identify the two types of Mavrotragano that exist or the exact variety that we are calling Mavroudi of Thrace.

Vouillamoz proposed various ways to achieve this. In my view this is a chance to get to know better our heritage and so to be able to produce even better wines. Such ways are:

1.  To maintain and get to know better, Greece's grape collections. There are eight collections of about two hundred and twenty varieties but this is not accurate as many synonyms and homonyms exist.

2.  Pre-existing data base is a good starting point to get more information and share it but it needs to be re-activated and updated.

3. There are more varieties waiting to be discovered especially in the islands. José gave an example of Pitsila variety from Kythira which is not listed in the existing data base. He is sure there are many more waiting to be explored.

4.  For major varieties to focus on clonal selection promoting biodiversity and not narrowing the variety.

5. To investigate wild grape vines like Pausanias' vine in Achaia region, that may be the oldest vine in the world. Some say it is 2000 years old while so far the oldest known vine was found in Georgia and it was about 500 years old.

Clonal Selection: Greece boasts hundreds of indigenous varieties that need to be researched in great depth to achieve optimum results. So far, lack of legislation for clonal selection discouraged it. However, since June 2016 an official decree for clonal protocol has been legislated that places the procedure under state supervision.

The biggest issue however is finding healthy planting material that is not affected by viruses like leafroll and fanleaf. In Nemea, the biggest appellation in Greece with 2.2000 ha, leafroll delays ripening by 4 weeks resulting to 30% less polyphenols.  If and when new certified clones are introduced, the new healthy vines will automatically solve such serious issues, improving quality.

Synchronize Legislation: The PDO system was set back in 1971 by the Greek Lady of the Vines, Mrs. Kourakou - Dragona and has seen few updates since then, mostly for sweet Malvasia wines from Peloponnese, Paros and Crete. If PDO is something that will be strongly marketed I believe that we could start discussing how to synchronise the corresponding legislation.  For example when it comes to regions and varieties we could discuss classifying as PDO:

Likewise meaningless PDOs could be declassified. The point is always to look for the best match of a variety with its terroir.

A good example stressing out the need to modernise the law is the island of Cephalonia. First, Robola variety while it is a protected PDO in Cephalonia, it is not allowed to be mentioned outside the island. Secondly and perhaps more importantly, we have the Mavrodaphne case. Mavrodaphne is a dark skinned variety and at the time of wine legislation only dessert wines were produced so the variety is mentioned only in sweet wines. Since 1996 however beautiful dry Mavrodaphnes started to blossom but producers have no way to communicate it other than ‘’rare Greek variety’’.

Another issue with the current system is finding ways to support the already existing legal frame of mentioning villages and sites on the label for PDO wines. This could be achieved by drawing commune boundaries and controlling declared production encouraging Greece’s terroir-focused producers highlighting what makes their wines unique. Finally, I find the need to permit the use of screwcap for at least white PDOs a pressing issue, as this will provide flexibility to the producers and the ability to answer the market needs and the wine’s character.

Finding an Identity for Rosé wines

For many years Greek rosés had an individual style full of fruit flavours with light tannins on the palate. They were more of gastronomical wines, something which is sacrificed now due to homogenisation of rosé styles worldwide to resemble pale onion - skin rosés.

The challenge here is to find a unique style that is not influenced by external markets and is not dictated by fashion. Like Oscar Wilde said “fashion is a form of ugliness so intolerable that we have to alter it every six months…”.

Take on Santorini and improve marketing

These are two things that go hand by hand. I am really excited for the buzz and positive motivation going on for the magnificent wines of Santorini. This proves that it is the right momentum for Greek wine to target markets willing to pay for premium. The challenge however is to successfully introduce other varieties and regions next to Santorini.

And this goes hand to hand with packaging and branding innovation and crystal clarity in labeling regions and varieties. Branding examples that I think shine and pave the way for the rest to follow are the Alpha Estate in Amyndeon and Nostos/Manousakis in Crete.

* Originally published in The Vineyards and Wines of Greece 2017 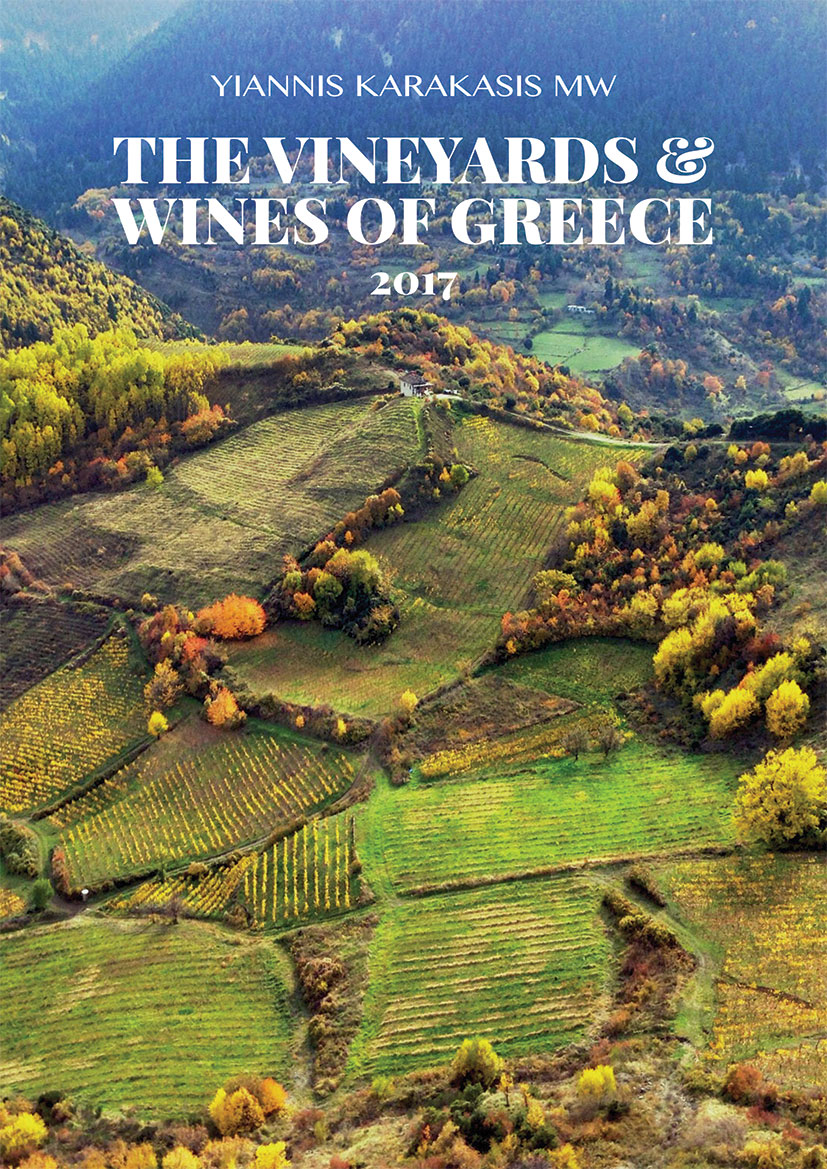