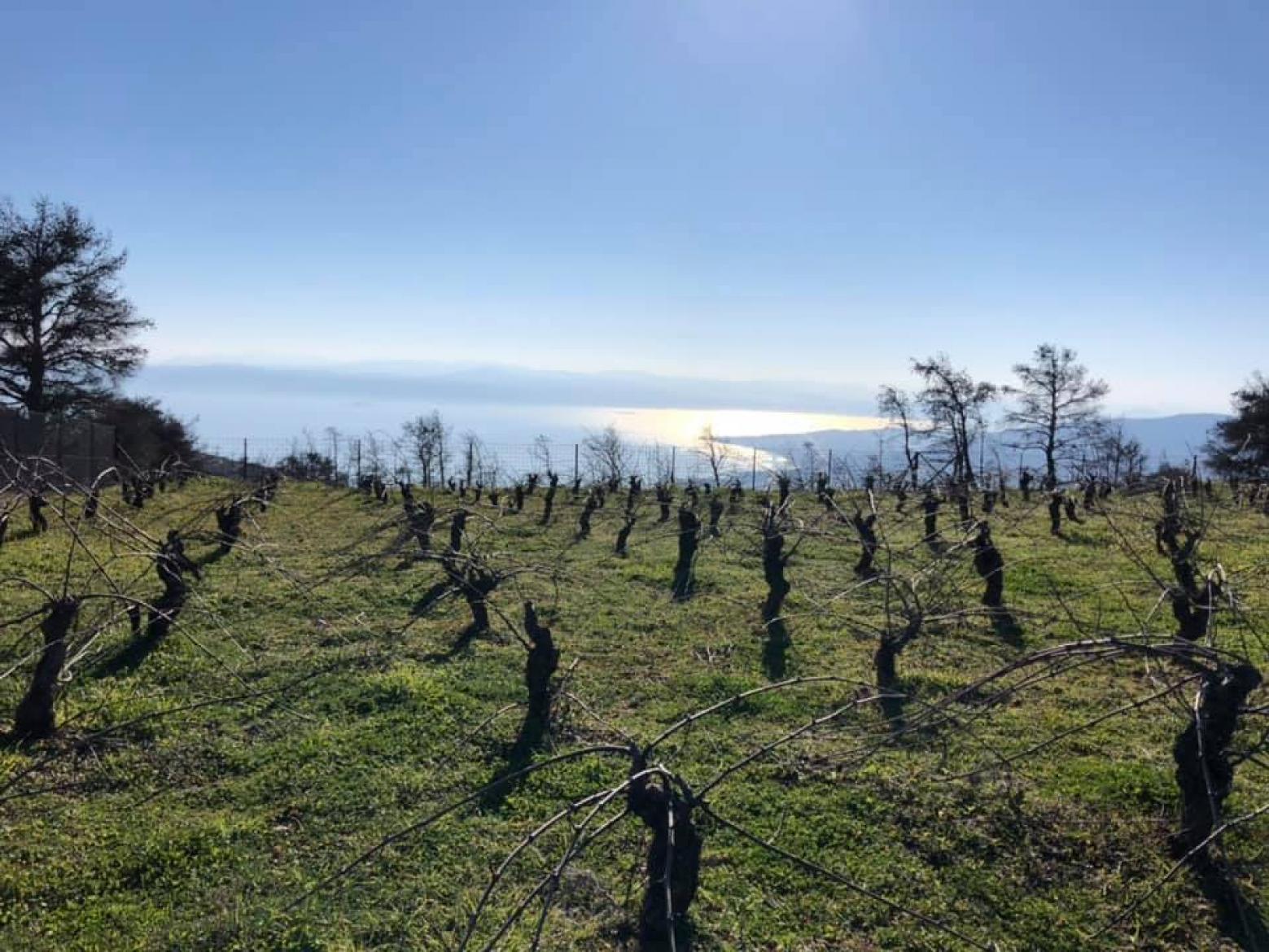 Spending a few hours with someone eating, drinking and talking about anything one can think of gives you an idea of the person sitting across from you. I love wine and have proclaimed as much on so many different occasions, but people are my deepest love, so talking to a winemaker strictly about soils and techniques is not my cup of tea. It's plain boring. All around the world, limestone is limestone, goblets are goblets, Chardonnay is Chardonnay, aspect is aspect, winemaking has different techniques, and we can make inferences about wines based on these. Still, if you remove the human factor, our assumptions will be off the mark.

So here I am sitting across Christos Koulouriotis of the Knack Project, who holds a WSET Diploma but makes his living off computer science because his passion can't provide enough for him yet. Polite, slightly timid, with the brightest smile one can think of. I instantly take a liking to him. We met at a wine fair once, and I liked him then too. I appreciate people who are not narcissistic. Narcissists are only interested in their image. Wine, to them, like everything else, is a byproduct. Contrarily, unpretentious people make authentic wines that speak of their love for their vines. Christos is genuine, tender, and passionate but also very structured. Quite a combination. I would have liked to go to Megara in Attica, where his vineyards and winery are, but he offered to come to Athens to meet me. For a moment there, I thought this wasn't right, but I was so pressed for time I shamefully gave in.

Christos tells me he married in his forties because he wanted to feel that this was the person he could share his life with. He and his wife are computer people; they work incredibly long hours and have two children. He feels lucky to live in the countryside because everything is nearby and safer for the kids.

Christos does the work in the vineyard himself with help from friends, either before he goes to work in the morning or after he returns in the afternoon. So he is there every single day. As of 2022, the winery adheres to biodynamic practices; before that, organic. "I had the vineyards from my family and wanted to do something with them. They're at an amazing place in the Geraneia Mountain Range. In a straight line, we're quite close to the sea, and on the one side, you see the Corinthian Gulf and, on the other, the Saronic Gulf. My highest vineyard, where Mouhtaro is grown, is at 630m elevation. As far as I know, it is the highest vineyard in Attica".

Total plantings are a mere 1.3 ha and produce, give or take, 5000 bottles. He founded his winery in 2017. "The good thing about being such a small winery is that I can afford to experiment, and I'm constantly trying out new things like right now, I'm trying out two pet nats. One from Chardonnay and one from Mouhtaro. Whether I put them on the market will depend on how happy I am with my results". All his wines follow a low-intervention protocol. "I prefer spontaneous ferments and little or no sulphur addition," he says, using two flextank eggs for maturation and both old and new 228lt and 225lt oak barrels.

I asked him how the name of the winery came about. "Oh", he grins. "Remember the band 'The Knack'? That was the first LP I ever bought. And then it was also a nice pun, as in, 'you have the knack for something'. So, that's how I named my wine. But then I was taking the wines for the first time to a wine fair, and people asked what the winery's name was. So, for a minute, I hesitated and then said The Knack Project. After all, to me, it is a project I started; my wine was The Knack, so………….there you have it".

The labels he designs himself. The one on the Mouhtaro and Chardonnay is from an old etching in a manuscript that belonged to his grandfather's brother: "it draws on tradition, but I changed the colours slightly, so it also has a more cult, contemporary feel to it". He currently makes five labels: The Knack Red (100% Mouhtaro, which spends 23 months in barrel), The Knack White (100% Chardonnay - 18 months in egg and oak), The LongTail (100% Savatiano that - 18 months in egg and oak), Sol Invictus a resinated wine from Savatiano (18 months in oak) and Lulu a light red Mouhtaro with no barrel ageing that can be drunk chilled.

As usual, I include tasting notes of two wines.

(100% Chardonnay that ages for 18 months in egg and oak, bottled unfiltered with minimal sulphite). It needed some time in the glass to unfold its beautiful aromas. Deep lemon coloured, slightly hazy, with aromas of lemon, bergamot, candied oranges, some stone fruit, blossom honey and toast, which was more evident in the beginning. Round, more acidic than I initially thought, with a long, savoury aftertaste. Very enjoyable. (28,30 euros Greek Market Price) 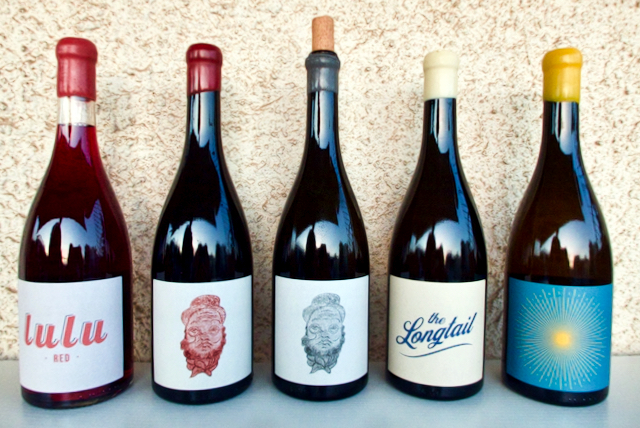 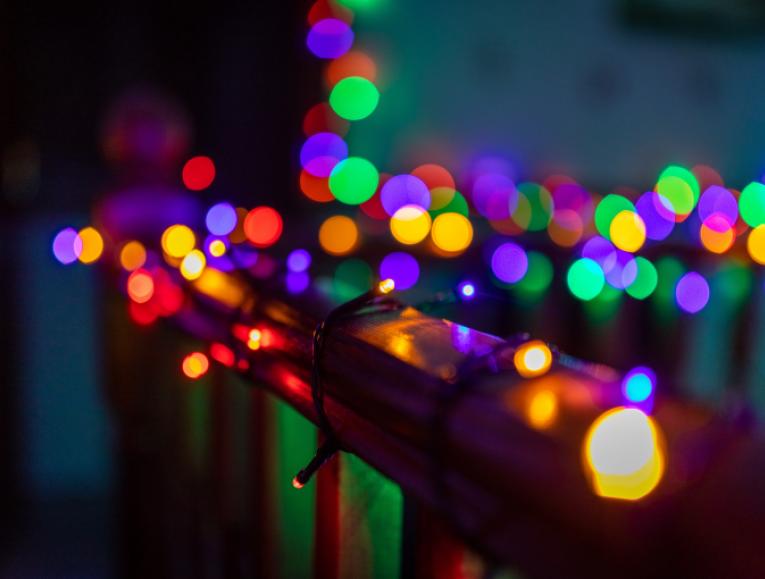 Olga’s Wines for the Festive Season