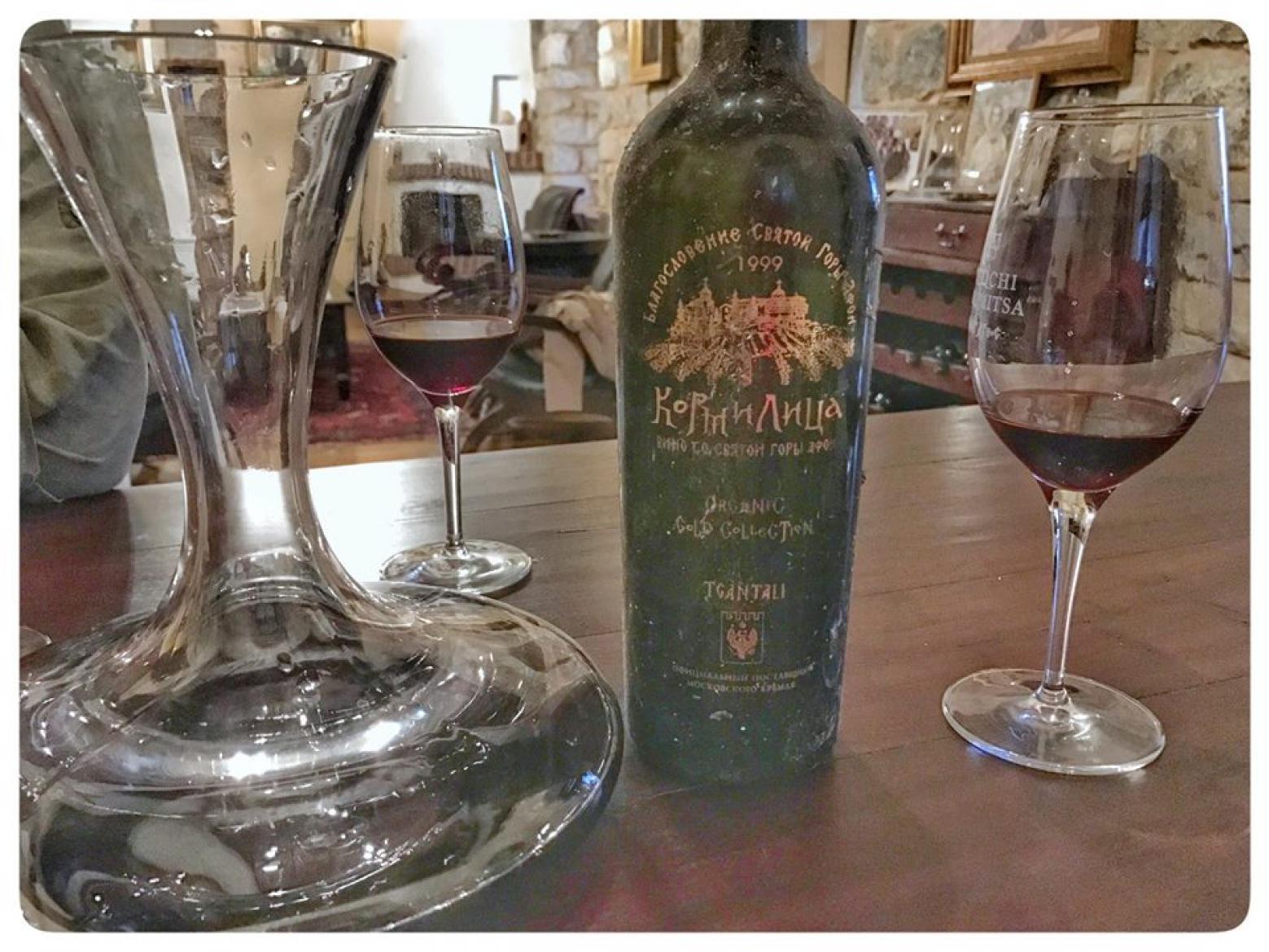 I first visited Mount Athos (Holy Mountain), the peninsula in Northeastern Greece - an autonomous part of Greece since 1926 and one of the most important centers of Eastern Orthodox Monasticism - when I was about ten years old. I revisited this unique place after two years and covered about ten to twelve monasteries out of the twenty existing. I still remember everything, the memories are so lively like it was yesterday. The energy of the place is so powerful and solid that it leaves you with no other choice. There is silence and power, a rare combination...

The roots of vine growing and winemaking in Mt Athos date back to ancient times as various texts describe. Each monastery used to have its own winery with the production of each one estimated between 8-10 tonnes annually. It was here that in 1969 Evangelos Tsantalis, seeked refuge during a storm and discovered a whole new wine-world and a magnificent terroir.

The idea of reviving the vineyards of the Holy Mountain came into action the following years when an agreement was signed permitting the Tsantali family to take under control an area of 1800 hectares near the Metohi of Chromitsa that belongs to the Russian monastery of Saint Panteleimon.

As we approach Metohi (pictured below) together with Tsantali's agronomist George Salpingidis the landscape is captivating. '' Today 70 hectares are under cultivation and there are plans to increase it to 100 hectares during the next years'' Salpingidis explains, pointing to the old age of the vines. An interesting discussion follows. ''So far he have replanted half of the vineyards, we have to do so as after 50 to 60 years the callus between the rootstock and the scion eventually ''breaks'' and does not function properly. It is a very demanding job to keep these old vines alive and kicking'' he says. 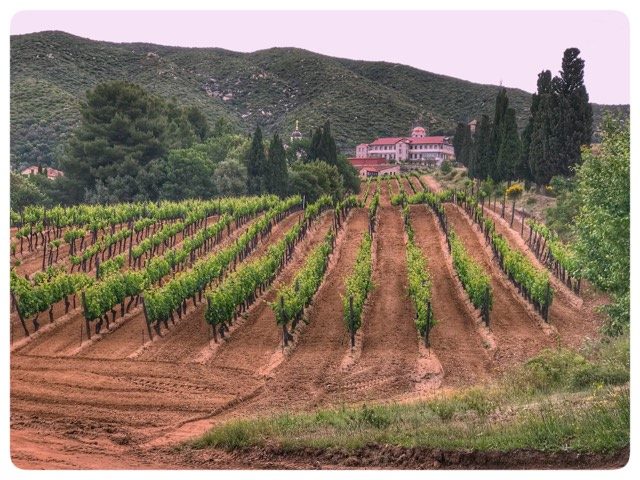 Soils are granitic on a sandy - clay bedrock (clay is about 60%) usually at an altitude of maximum 300 meters. Organic viticulture is practiced, it is a dry Mediterranean climate here with little rainfall to create mildew problems. The roots penetrate the granitic soil down to 2 meters as seen below. 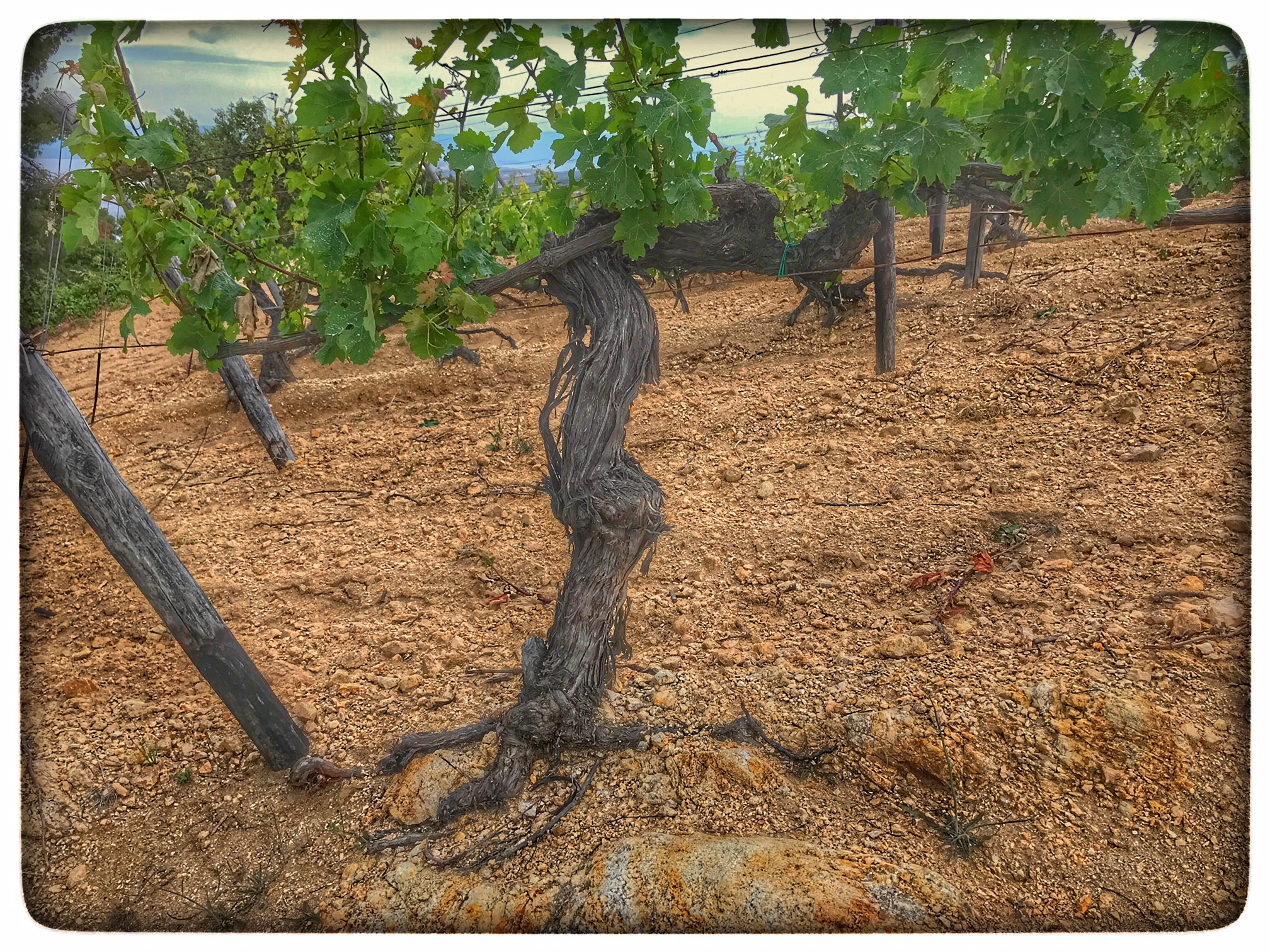 Both indigenous varieties like Limnio and Assyrtiko and international ones such as Cabernet Sauvignon and Grenache are important here. Salpingidis shows me the ''Amfithetatro'' vineyard of Assyrtiko (shown below) that his workers call ''Strofes (turns)'' which is 2.4 hectares producing yields of max 35 hl/ha pointing to the increasing importance of Assyrtiko in Mt Athos! 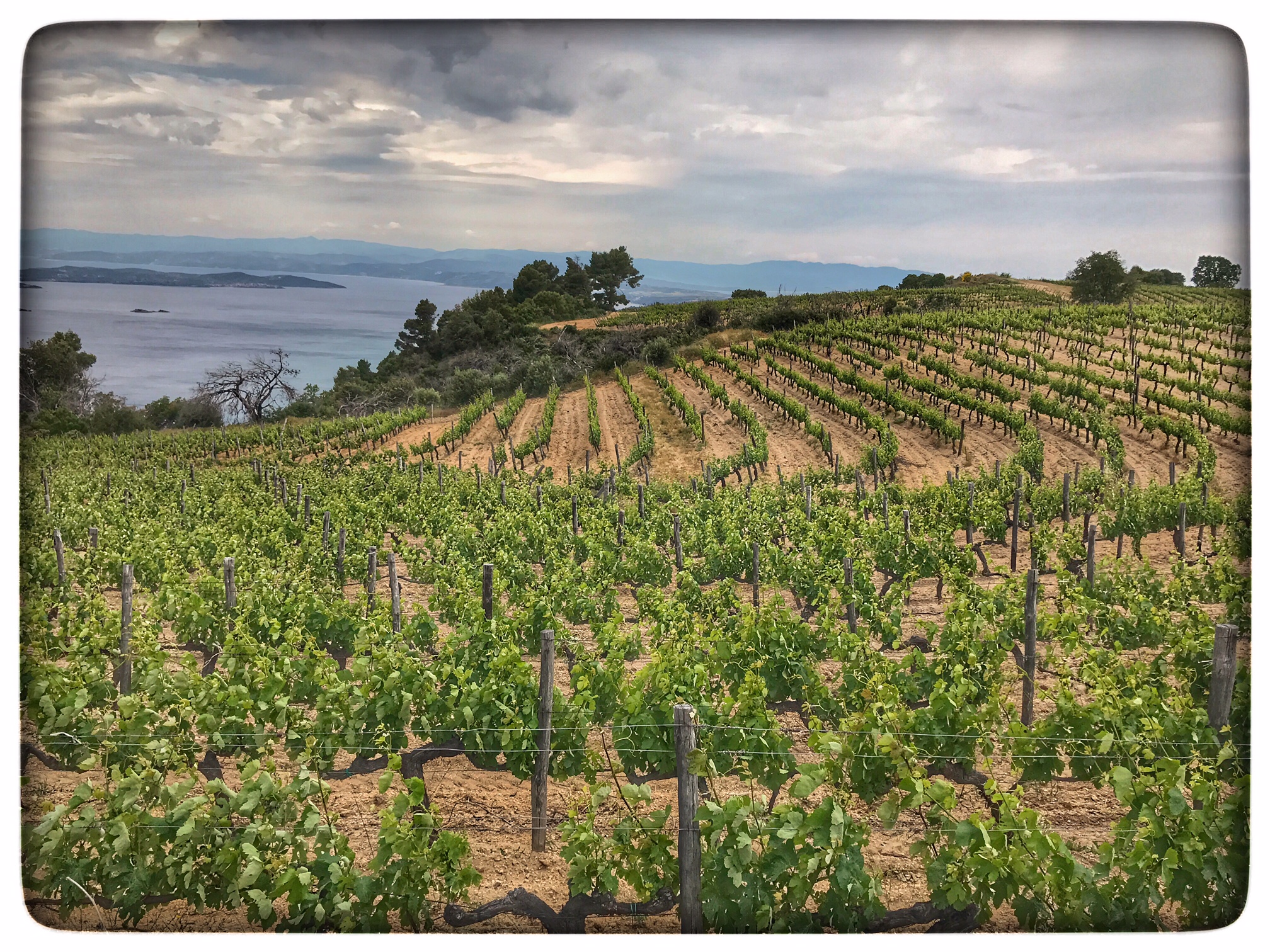 But it is the Cabernet Sauvignon planted in 1977 with a little Limnio that has gained a legendary status here. First there is the Abaton Gold Selection followed by the ultimate expression of Kormilitsa Gold both of them in a blend of 80% Cabernet and 20% Limnio for a touch of elegance. Kormilitsa Gold is the first ever wine worldwide given the title of the “Official Wine of Kremlin Moscow” and is produced in approximately 3.000 to 5.000 bottles, only in top vintages.

As we tour the cellar of the Metohi where some wines mature slowly Salpingidis explains that only the best quality of fruit goes in the Kormilitsa Gold. ''If and when we produce this superb wine we look only for old vines of about 45 years of age for Cabernet Sauvignon and for Limnio this will be around 10-15 years from the very first clone planted by Evangelos Tsantalis'' he says and starts looking for an older vintage of Kormilitsa Gold to taste.

He comes back holding proudly a dusty bottle of 1999 vintage! Later on we taste the wine and drink it of course as it proves to be a great example of silence and power. Ripe plums on the nose along milk chocolate with beautifully integrated oak (around 35% new). Very expressive, precise and youthful despite being 18 years old. Silky tannins on the palate fantastic definition of fruit with a touch of greenness on the finish to elevate freshness. Ultra long lingering finish. Power and silence indeed! (95/100) 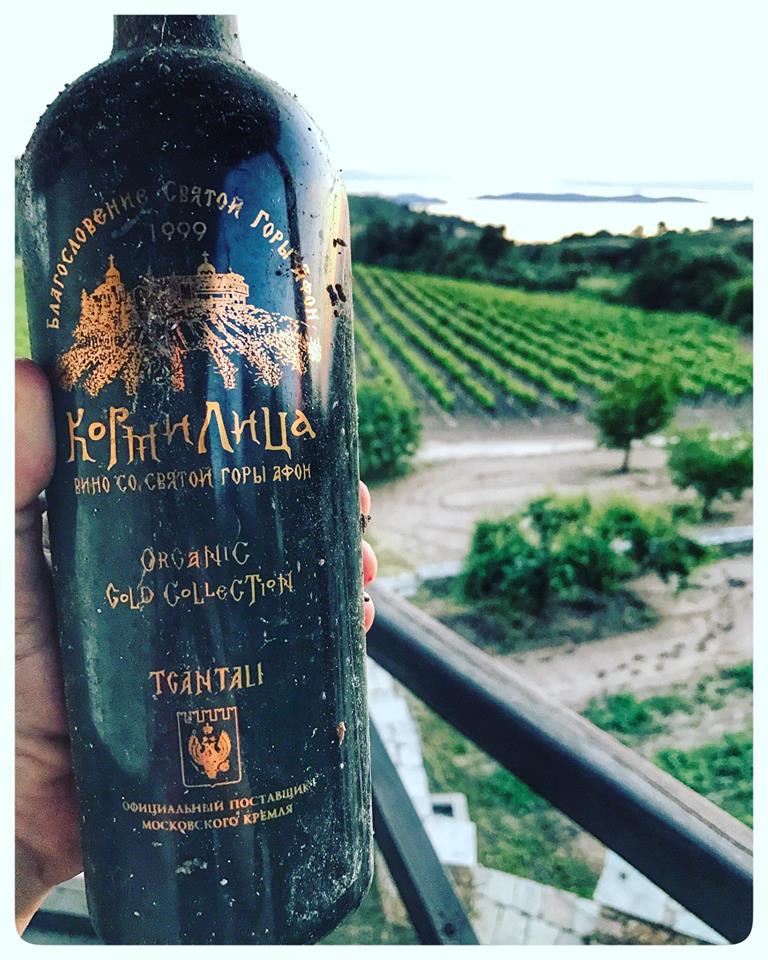