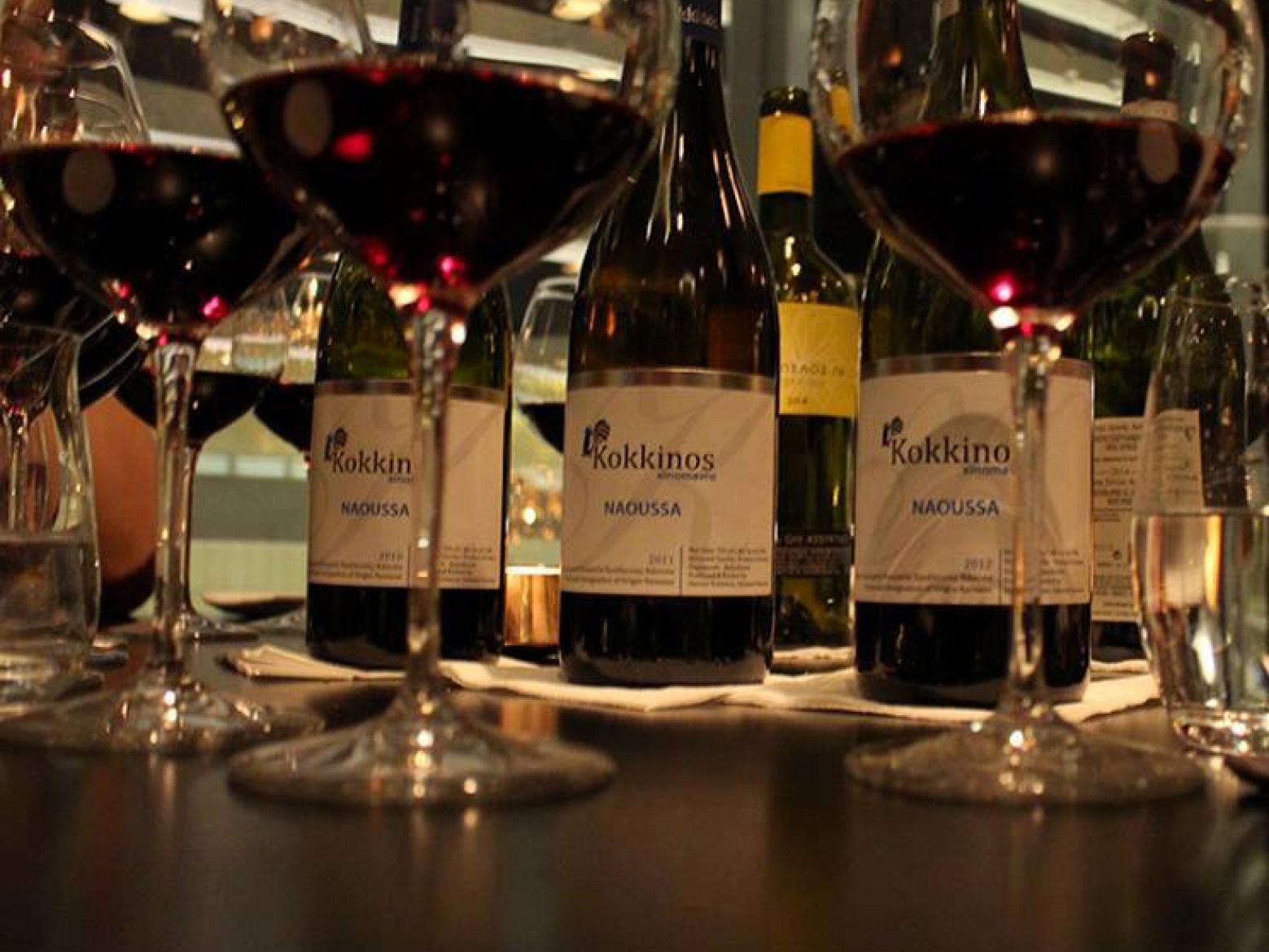 Looking at the future in Naoussa: The Kokkinos Winery Project

As they say, once a farmer, always a farmer and when it comes to Stavros Kokkinos this is certainly the case! Since his early life he has been involved in fruit farming. Together with his father he first started planting and harvesting peaches, apples and cherries and on 2000.... he got infected with the "wine virus"!

In 2000 he bought a plot of land in Paliokalias region and started putting the pieces together. His initial driving force has always been to control his business from cultivation to production. He further invested in purchasing more land and in 2008 he rebuilt a small but efficient winery.

Only in 2009 Kokkinos produced his first vintage. Currently the production has reached 30.000 to 35.000 bottles per year coming under two labels. His Naousa PDO reaches a production of 15.000 bottles which can be considered medium sized in the context of the region. He also produces Black Rooster, a blend of Xinomavro with Cabernet Sauvignon. For this year, he plans to surprise us with the release of Paliokalias Single Vineyard bottling aiming at 25 euros retail in Greece.

Just by walking through the vineyards makes you feel that the wine should have character and personality. Kokkinos controls through long-term contracts 6 hectares in Paliokalias, western and higher in altitude than Domaine Dalamara and about 3.5 hectares in Dalamari where the winery was built. Both terroirs are equally fascinating, Paliokalias with its agressive slope and Dalamari by its terraces that go around the winery. Pituresque and captivating, this winery is a must see whenever in Naoussa.

As previously written in Xinomavro the Prima Donna Kokkinos Naoussa is more of a modern style rather than traditional yet the producer sees it somewhere in between. ''It is a cross of two worlds, not only modern but equally classic'' he clarifies. And how about his future plans? ''I have achieved around 20-30% of what I am dreaming of, so still have a long way to go and there is a lot of work waiting for the whole family'' he passionately states.

Fruit is cultivated in an organic way but Kokkinos does not believe in getting a seal so he is not certified which is kind of intriguing. Maceration lasts for maximum 14 days and maturation depending on the vintage up to 18 months in just 20% new oak. Why not only old oak?

In a nutshell, Kokkinos wines are excellent to get to know Naoussa wines. Enjoyable, these are good and promising wines leaving space for quality to level up.

Dried red fuit, oxidative hints, some earthy minerality on the nose. Not very intense on the palate, starts smooth finishes with astringency. 88/100

Blood oranges, even roses on the nose with ripe cherries. Refined on the palate with strong peppery flavours finishing long. Stylish and polished. 91/100

Quite a lot of oak, deep spicy, savoury and earthy nose. Very young and awkward at the moment but with potential. Needs time to mellow. 89+/100 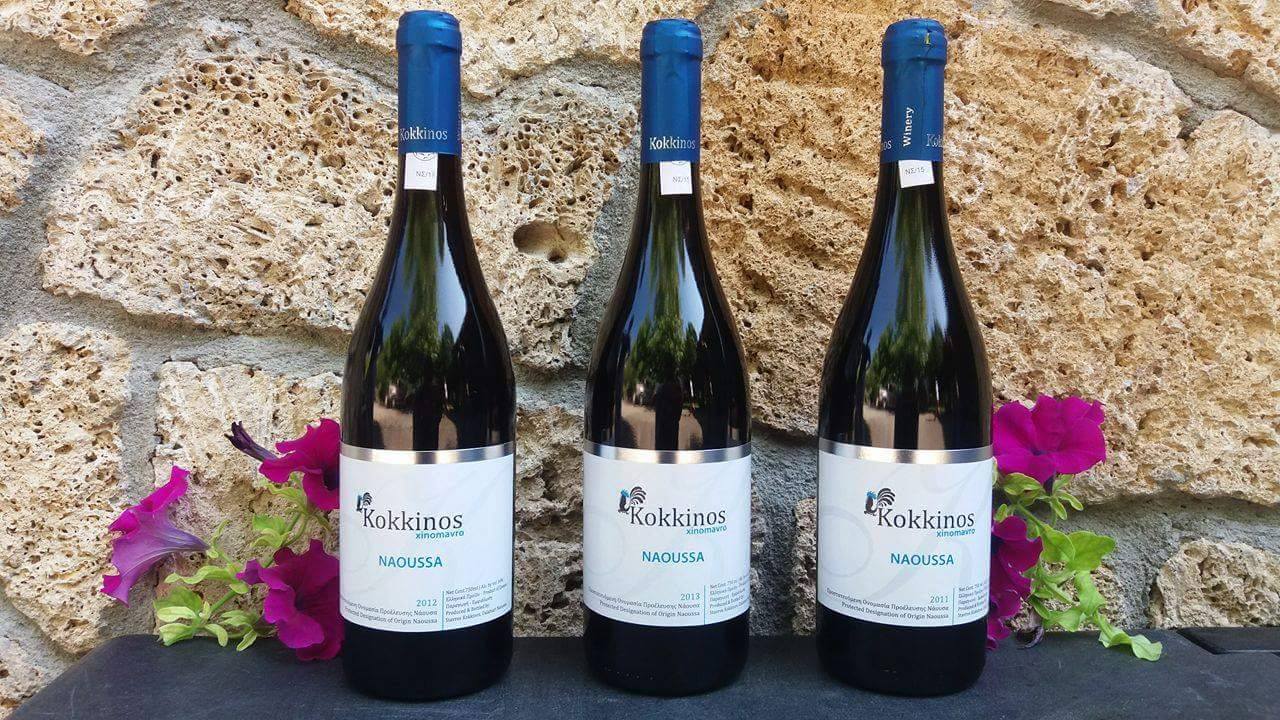 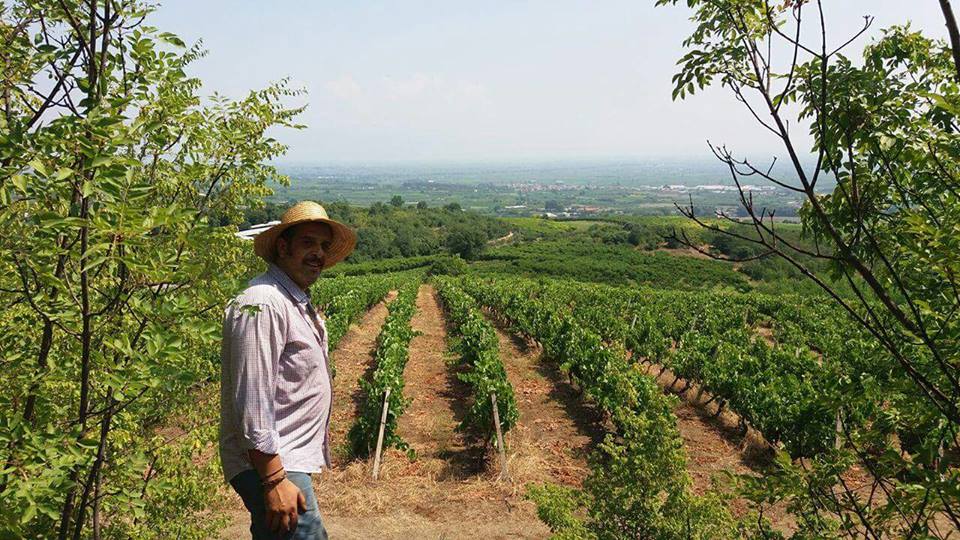