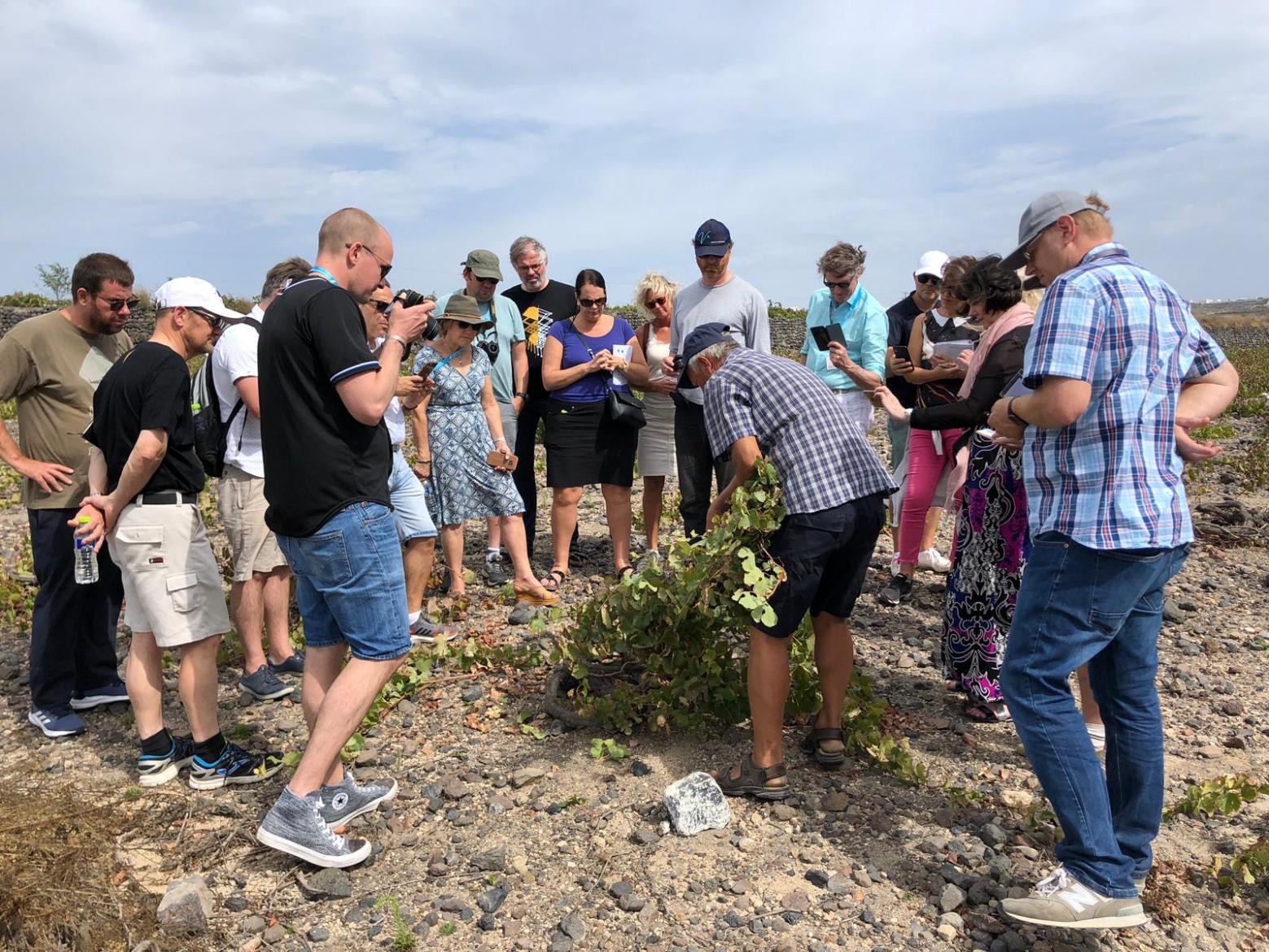 The Masters of Wine in Greece - Part 1 First Impressions

Originally published in Greece and Grapes (this is more extended)

The images from the recent Masters of Wine visit to Greece are still fresh in my mind as I sit down to record my first impressions. It lasted for seven days and was completed on the 6th of October. To begin with, I have to point out the importance of the visit. This was the second time that the Masters of Wine Institute visited Greece during the last decade, and the implications of visits of this sort are obvious.

For a full week, the spotlight was on our country, thus opening up the opportunity for Greek wine to state its presence and shine in the eyes of 18 great personalities of wine. You're probably wondering what stood out and what didn't? Let's look at some of the highlights of this very intensive week, as I perceived them, through conversations I had with MW friends.

Savatiano had its confidence boosted by the fact that it gained quite a few points. The German MW, Konstantin Baum, comments that it is a variety of great prospect, that has excellent ageing potential. In writings of mine in the past, I suggested that if we were to seek the counterpart of Savatiano we would have to look in the way of Australian Semillon, since the ageing of Savatiano displays a honey, toasty character and evokes a sensation of oak, without having spent a single day in it. Aged wines like Mylonas 2012 , Markou 2013, Papagiannakos Vientzi 2017 and Kokotos 2016 are proof of the brilliant future that the variety has. At the same time, new efforts such as those of the Akriotiou Savatiano Old Vines and Savatiano Yellow Nikolou clearly show why we have to be enthusiastic about the variety.

Retsina may be a hidden opportunity for Greek wine. But, it could be a kind of Russian roulette. The reason for this is that we would be trying to reverse the bad reputation of Greek wine with the very product that created it. Can the murderer go back to the crime scene and reverse his previous actions? This is a question worth posing. My view is that the new expressions of Retsina and wines such as Tetramythos, Mylonas, Vassiliou, Markou, Gaia, Papagiannakos, Gikas Pine Forest, Georga, and Kechri give us a serious opportunity to do so, provided we are helped by legislation and marketing. In any case, our guests’ preferences were divided among the different styles, which confirms my arguments. 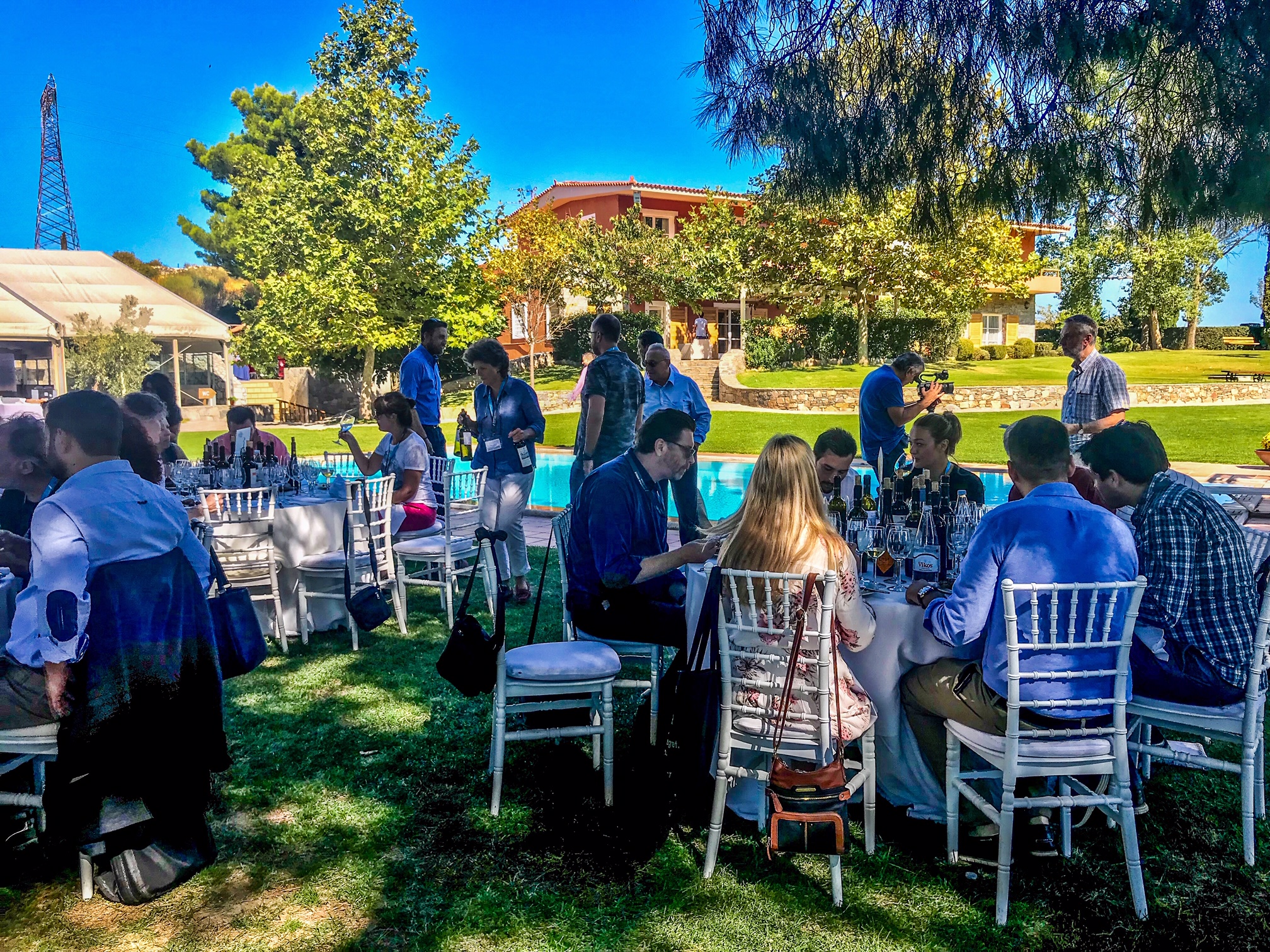 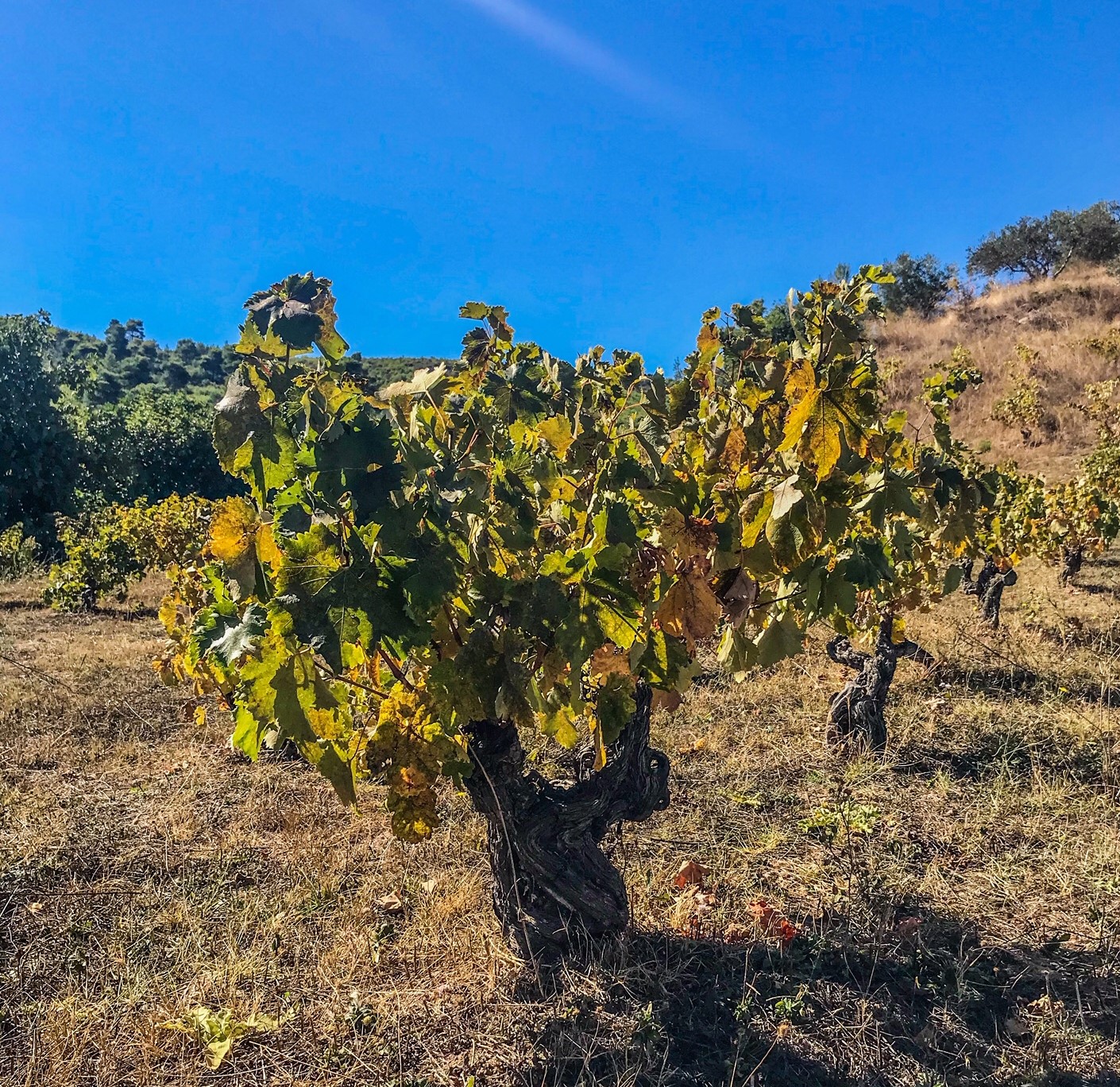 Although the visit focused on Athens, Crete and Santorini, wine tastings from all over Greece were also organised. It was the first time I tasted Xinomavro of such impressive quality. The MWs  I happened to talk to, showed great satisfaction. Great wines in a wonderful place like the Stavros Niarchos Foundation Cultural Center. Xinomavro wines, of world-class, stood out in this impressive tasting and I will mention a few like Alpha Estate 2015, Diamantis Magoutes, Karydas 2011, Kir Yianni Diaporos 2011, Voyiatzi Xinomavro 2016 and the new Aftorizo (Franc de Pieds) by Thymiopoulos.

One of the very strong points of the visit was the weekend in Crete. The combination of Vidiano and Cretan hospitality/gastronomy/culture with brave doses of lamb, in all cooking combinations, worked its miracle. The overall perception was more than positive, but Vidiano and the Wines of Crete team spirit stole the show. The reviews were also favourable for the international varieties of the Rhône, which have adapted well to the environment of the island.

New Trends & Natural Approaches was the subject of the first masterclass I held in Crete, during which we tried 14 wines from all around Greece. Each of these wines is contributing to the evolution of Greek wine. Wines from high altitude vineyards, biodynamic cultivations, use of SO2, orange wines, amphorae, old barrels, light-handed winemaking... When it comes to 'natural' wines, I’m sure we’ve all had bad experiences in the past. But, I will hold on to a comment by Lenka Sedlackova MW, who confessed that she was impressed by the freshness, nerve and crystal clear fruit of several samples of the 'natural' wines that we tasted. 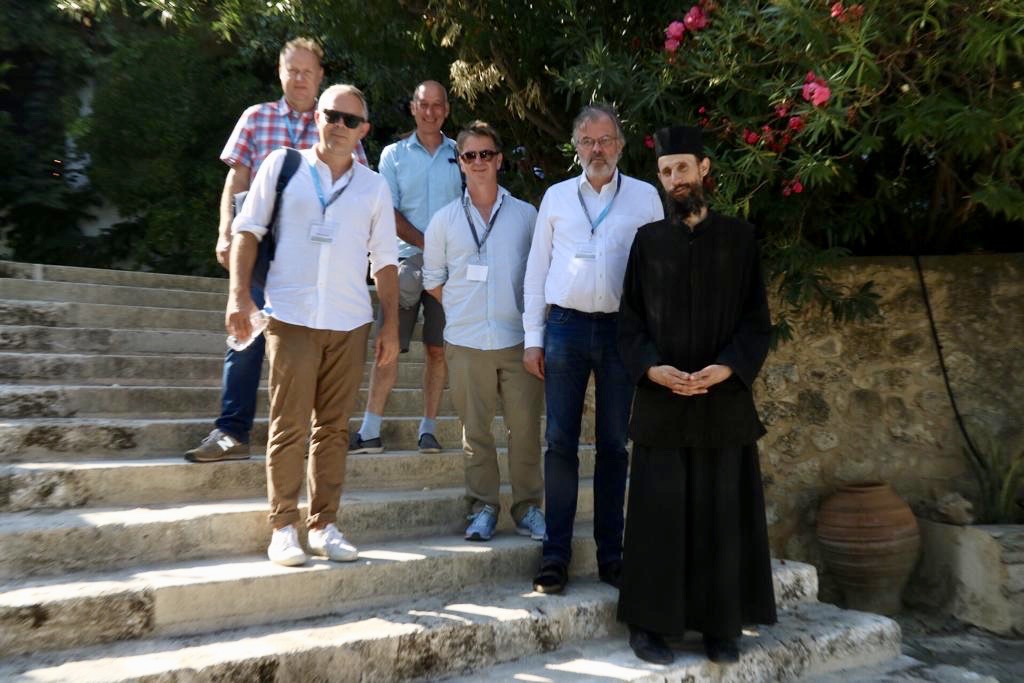 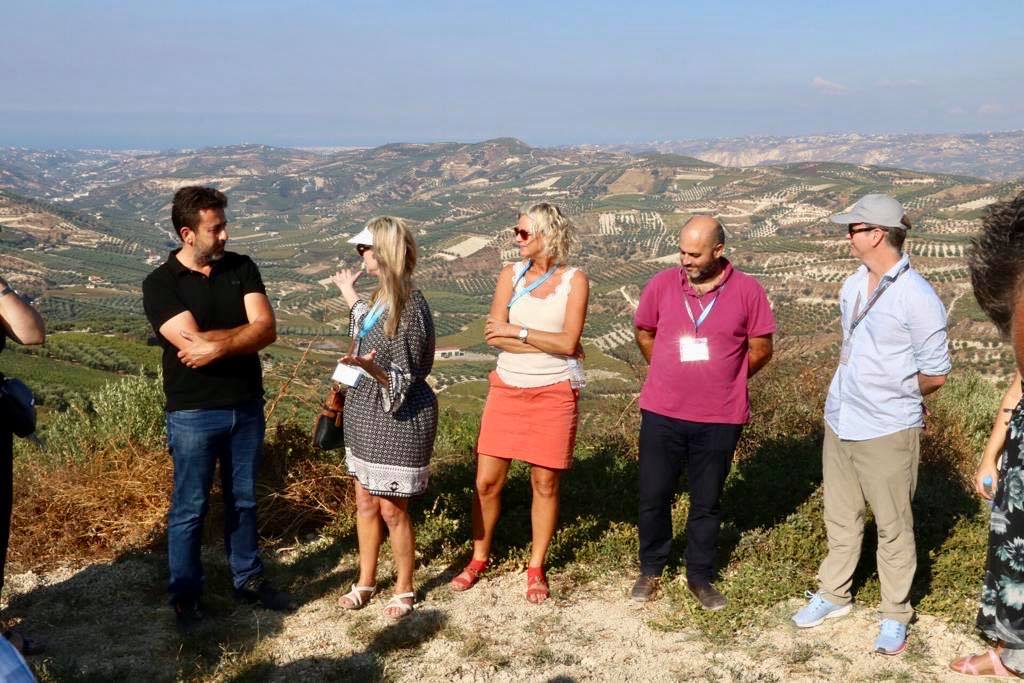 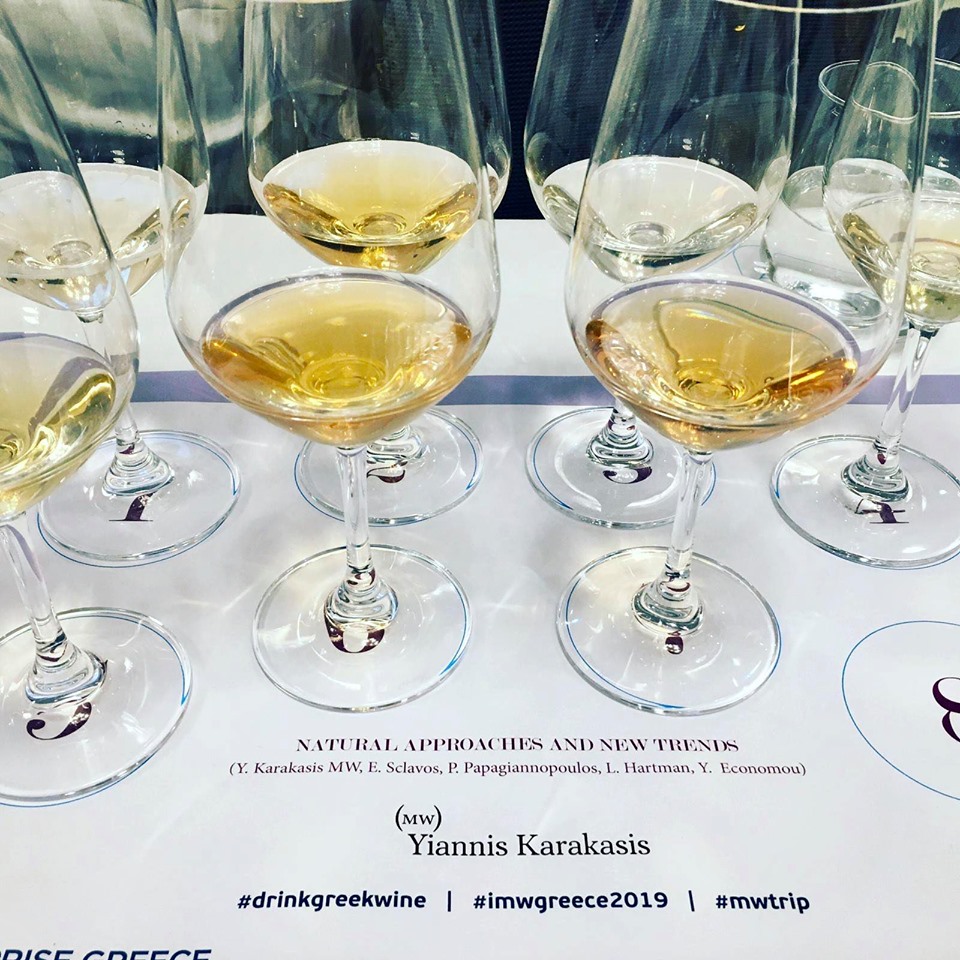 I obviously kept the best for last, as the Assyrtiko of Santorini was the icing on our cake. It wouldn't be a lie to say that all MWs were thrilled with the basic tasting of PDO wines. It was declared the 'most powerful tasting'; the level of all the wineries involved was considered consistently high. I held my second masterclass in Santorini, which took place in the unique Canaves of De Paul Antique Wine Caves on the subject of Styles, Terroirs and the Possibilities of Ageing Assyrtiko. There was an extensive debate. Imagine that this was the first time I presented wines from the different Terroirs blind (Akrotiri, Vourvoulos, Thirasia, Pyrgos, and Megalochori) and the MWs were invited to match each wine to the particular place. And they did great. For our closing of the Masterclass we tried a Vinsanto of 1947, courtesy of the Argyros estate, which had an aftertaste that takes you back to your first kiss. 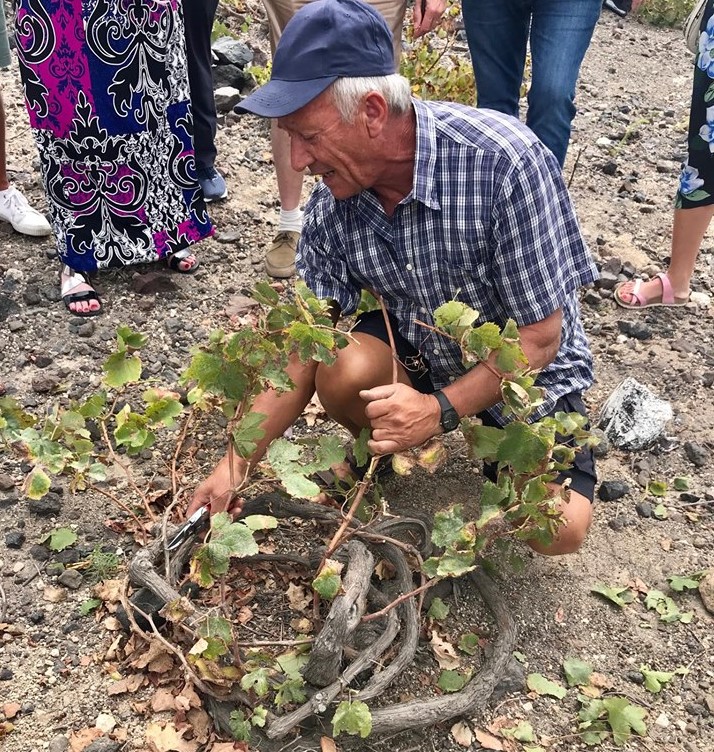 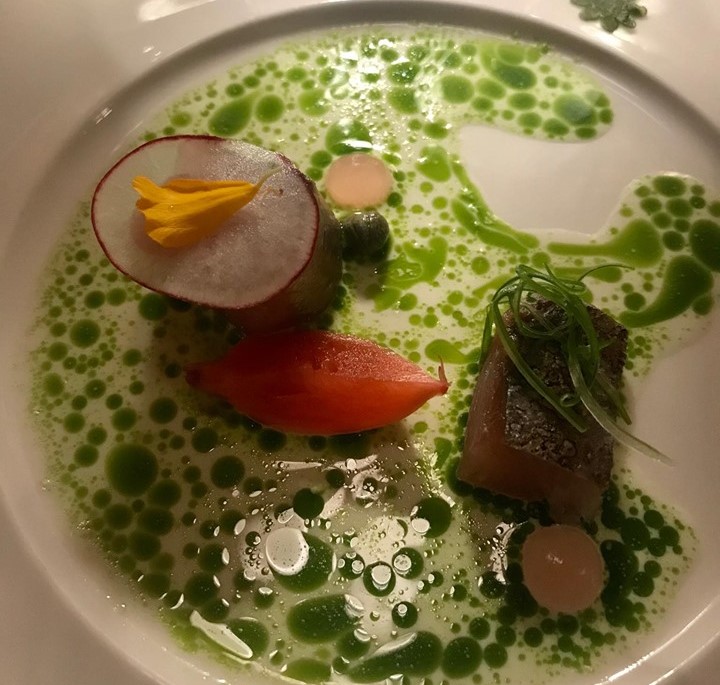 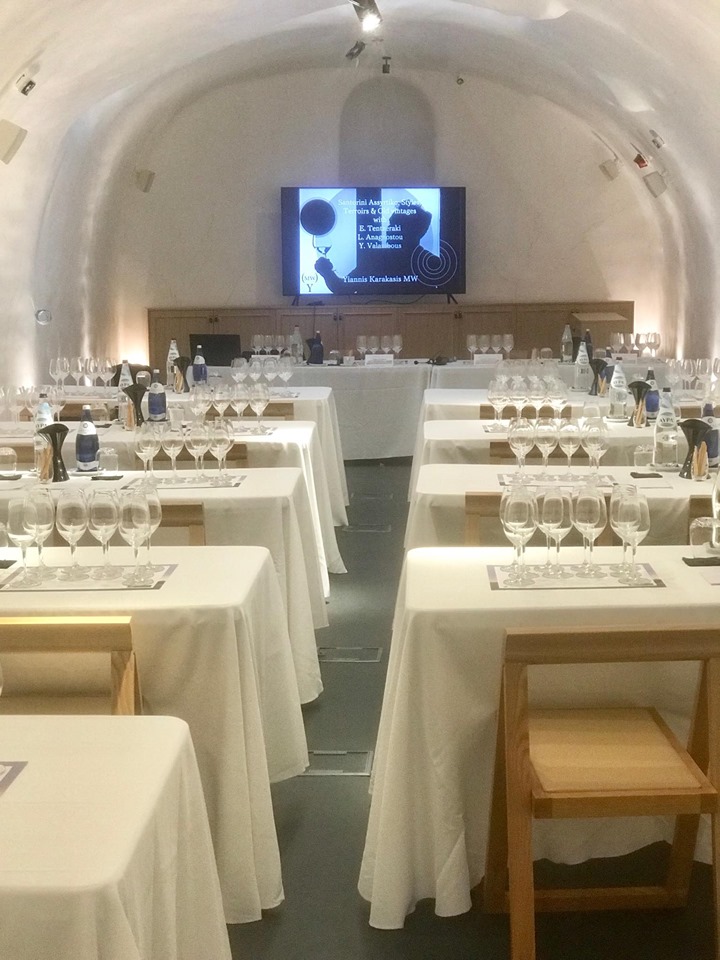