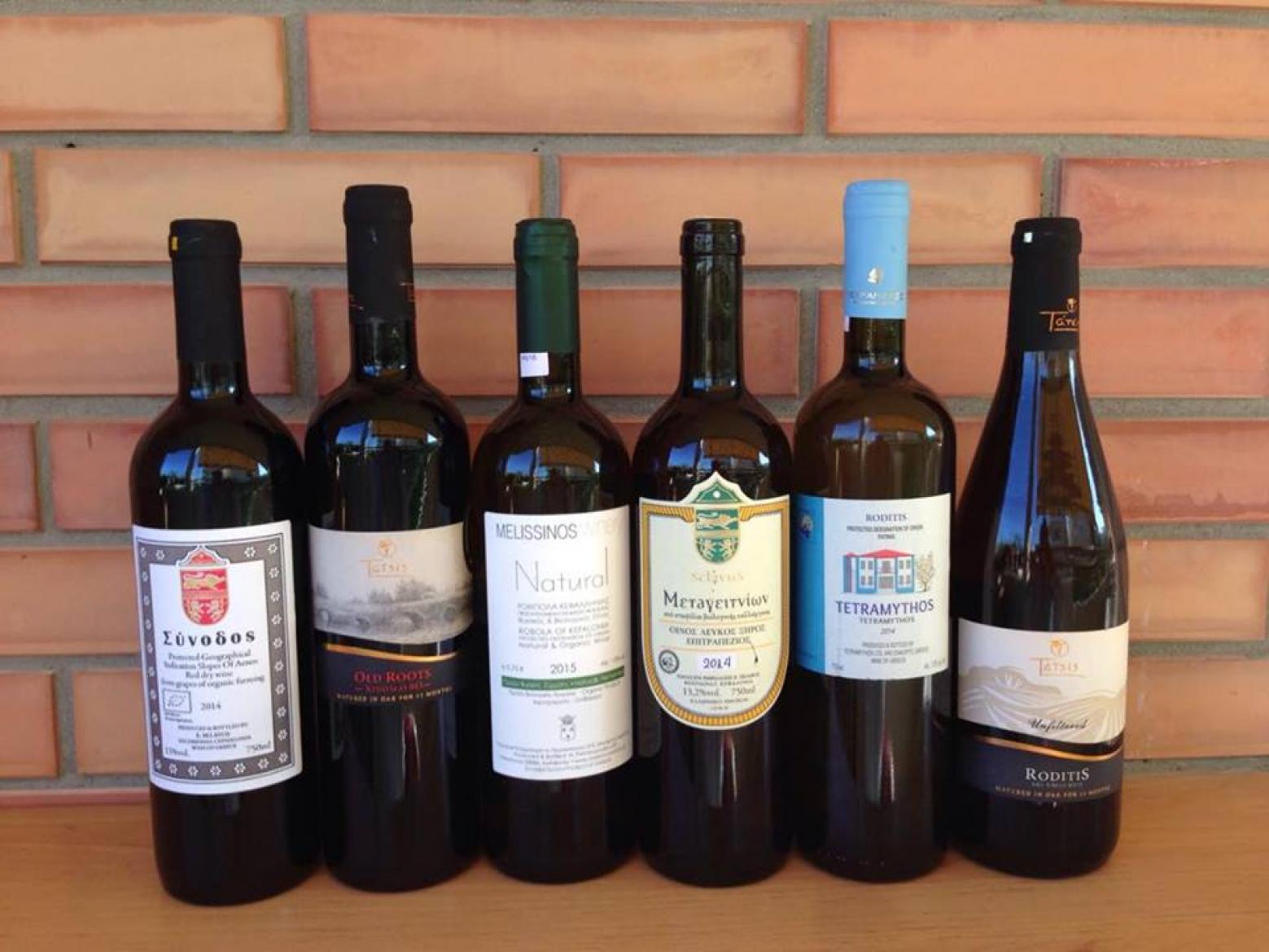 Natural wines in Greece: It's a start!

Natural wines is a trend that cannot be ignored. Like everywhere else in the world, some Greek winemakers have chosen to follow this path as well, trying to produce wines under minimal intervention scheme that are terroir-driven, expressive and well-made. Some very good examples exist that show clearly the dynamics of the so-called ''natural movement'' yet there are others that I feel need more focus.

Generally speaking and in an international context many claim the glory of producing wines with minimal intervention and none or very little SO2 added, but few have managed to produce clean well-made wines that can make a statement. It seems that in order to do less, one needs to pay extra attention both in the vineyard and in the cellar. This is the price a producer must provide!

Dozens of books exist about "natural wines", a rather misleading definition, as wine in no possible way can actually be natural. In reality, natural vinification has no bearing, as at some point throughout the production process the human factor will need to interfere quite significantly. Though we appreciate the symbolic meaning of the term as a counterweight to the international commercial style of other wines that you cannot actually distinguish between, perhaps another wording might be more accurate and honest in the eyes of the consumer.

In any case, there is no legislation that delineates the meaning and the criteria of a natural wine, but instead it takes a form of declaration that talks about minimal intervention in the winery. Indeed, the fact that emphasis is given to the winery and not the raw material is another peculiarity in the concept of natural wines.

If natural implies that all other wines are ''unnatural'' and subsequently inferior I may have a big objection; if however it is the description of an honest philosophy of nothing added - nothing taken so let it be provided the following :

1. The wine is not a seminar for faults with ''natural'' not used to hide the winemakers' skeletons in the closet.
2. There is some level of varietal typicity which many times disappear under a ''natural'' approach.
3. There are honest intentions and sincerity both in vineyard and in the cellar.

Back to the natural Greek scene I have chosen half a dozen of wines that I feel are on the right track of showing character and authenticity. I hope that many more will join them in the near future.

Winemaker Panagiotis Papagiannopoulos expresses the rather neutral Roditis grape with a ripe concentrated version focusing on texture and oiliness.On the nose it is expressive and forward, quite rich with lovely complexity of ripe stone fruit with hints of minerality. Layered and weighty on the palate with 13.2% abv this is a great wine to match a variety of food. I tried it with a squid risotto and it was superb.  Produced in 10.750 bottles mostly for exports( organic, indigenous yeasts, addition of only 20 mg/lt SO2 at bottling). 90/100 - level of consumer difficulty * - domestic market 9.70 euros

The winery produces also another two notable natural wines, a Muscat and the obscure Mavro Kalavrytino (Black of Kalavryta) that are worth trying.

This boutique winery in Cephallonia is the brainchild of entrepreneur Nikos Petrakopoulos producing just less than 20.000 bottles. The natural version is beautifully balanced in terms of minerality, extract and ripeness, combining peach and herbal aromas on the nose. Layered with tension and vivacity on the palate it is a great example of Robola. (600 bottles). Naturally fermented and bottled with just 5 mg/lt free SO2 (total is 25). 91/100 - level of consumer difficulty *

Evriviades or Vladis Sclavos for its friends is a pioneer in the biodynamic viticulture in Greece and in the minimal intervention scheme. However he is not against technology so he uses it to do less. For example he is using a state of the art sorting table and peristaltic pumps to get the best quality of fruit. Metageitnion, a name that refers to the second month of the Attica calendar (the period from late July to late August) is Sclavos' most natural effort.

Grapes are sourced from 100 years old Vostilidi vines, an indigenous variety producing powerful and ripe wines.Yields are tiny, less than 20 hl/ha where winemaking is oxidative yet without skin contact. No fining, no filtration, no added SO2 define minimal intervention. The wine is fermented and matured in old oak and is classified as organic wine. Colour is amber gold with evident oxidative winemaking resulting in honeyed, candied fruit aromas with a touch of flowers. Quite nutty as well. Palate is medium full bodied, concentrated with depth of fruit and light tannins at the end. Needs decanting and some time in the glass and improves. An intriguing wine for the open minded. 90/100 - level of consumer difficulty ** - domestic market 20 euros

Tatsis brothers, Perikles and Stergios are doing a very noteworthy job in Goumenissa region for decades. Their Roditis is an orange wine fermented with skins for 30 days and then matured in old oak for 12 months before bottled unfined and unsulphured. It shows an intense smoky and nutty character followed by a robust palate with evident tannins. Not easy but improves with decanting. Needs proper food to pair. (7.000 botles) 88/100- level of consumer difficulty ** 1/2 -domestic market 17 euros

This is a ''natural'' made Negoska from talented Kostis Dalamaras with no added SO2 in just 400 bottles which disappeared in 10 days. Masses of red cherries on the nose along pepper and nutmeg. Funky as well but integrated. Elegant on the palate with drying tannins. A nice effort.  88+/100 - level of consumer difficulty * 1/2 - domestic market 12 euros

I asked Kostis Dalamaras of the level of acceptance for this wine and he was thrilled to confess that success was huge and that he could have sold 4.000 bottles...So big was the demand! I could not also resist asking him of how he sees the natural movement in general. '' Two things are sure, first it is a trend that no one doubts and second it takes a lot of work to produce a decent result because everything is risky especially in the winery where it needs to be like a surgery room in terms of hygiene''.

100% single-vineyard Xinomavro from clay and limestone soils, this is fermented with indigenous yeasts, matured in oak for 12 months and then bottled unfiltered. This is quite an effort! Dense, savoury and meaty packed with solid tannins and a fresh core of fruit. Slightly rustic but overall exciting. Has real flesh. Will benefit from 2-3 years of cellaring. 91+/100 - level of consumer difficulty ** - domestic market 17 euros

Organic wine, no flitration, no added SO2 during bottling from own-rooted 40 years old bush vines of Mavrodaphne and Vostilidi. Yields are tiny close to 25 hl/ha. Exceptional expression for this terroir-driven wine. Nose starts quite gamey with masses of black cherries and plums along dark chocolate and savoury notes. Improves over time and needs minimum half an hour of decanting. Detailed, precise and concentrated with solid, yet ripe tannins this wine combines race and finesse. Really delicious! 91+/100 - level of consumer difficulty * 1/2 - domestic market 11 euros 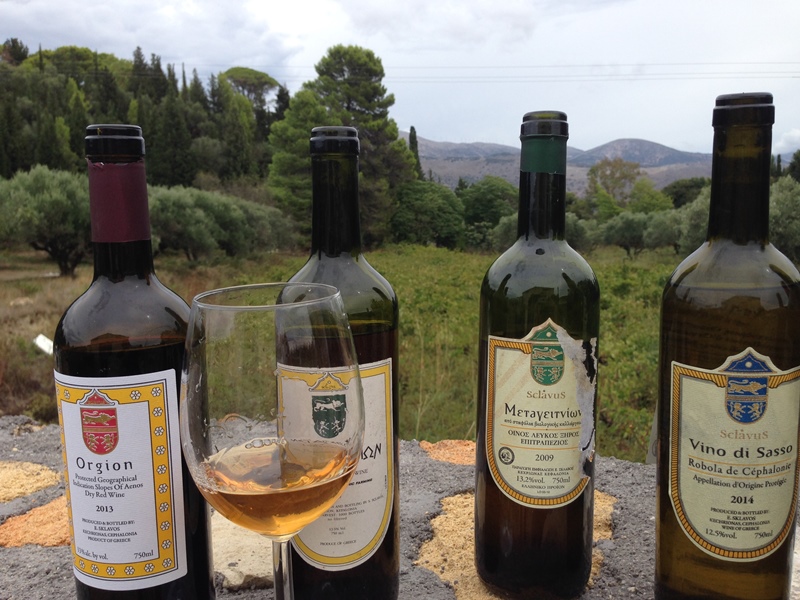 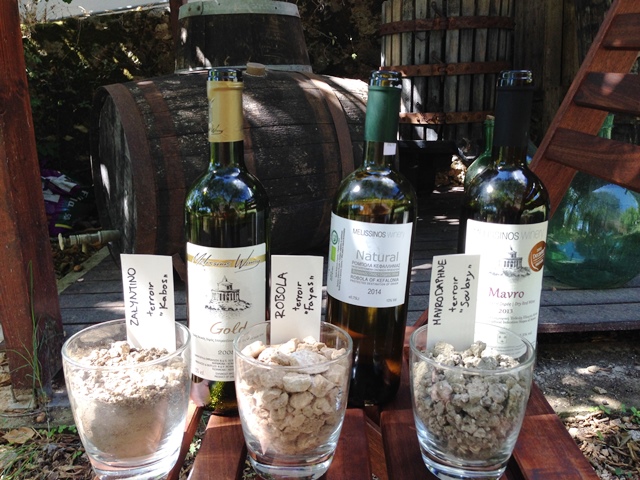