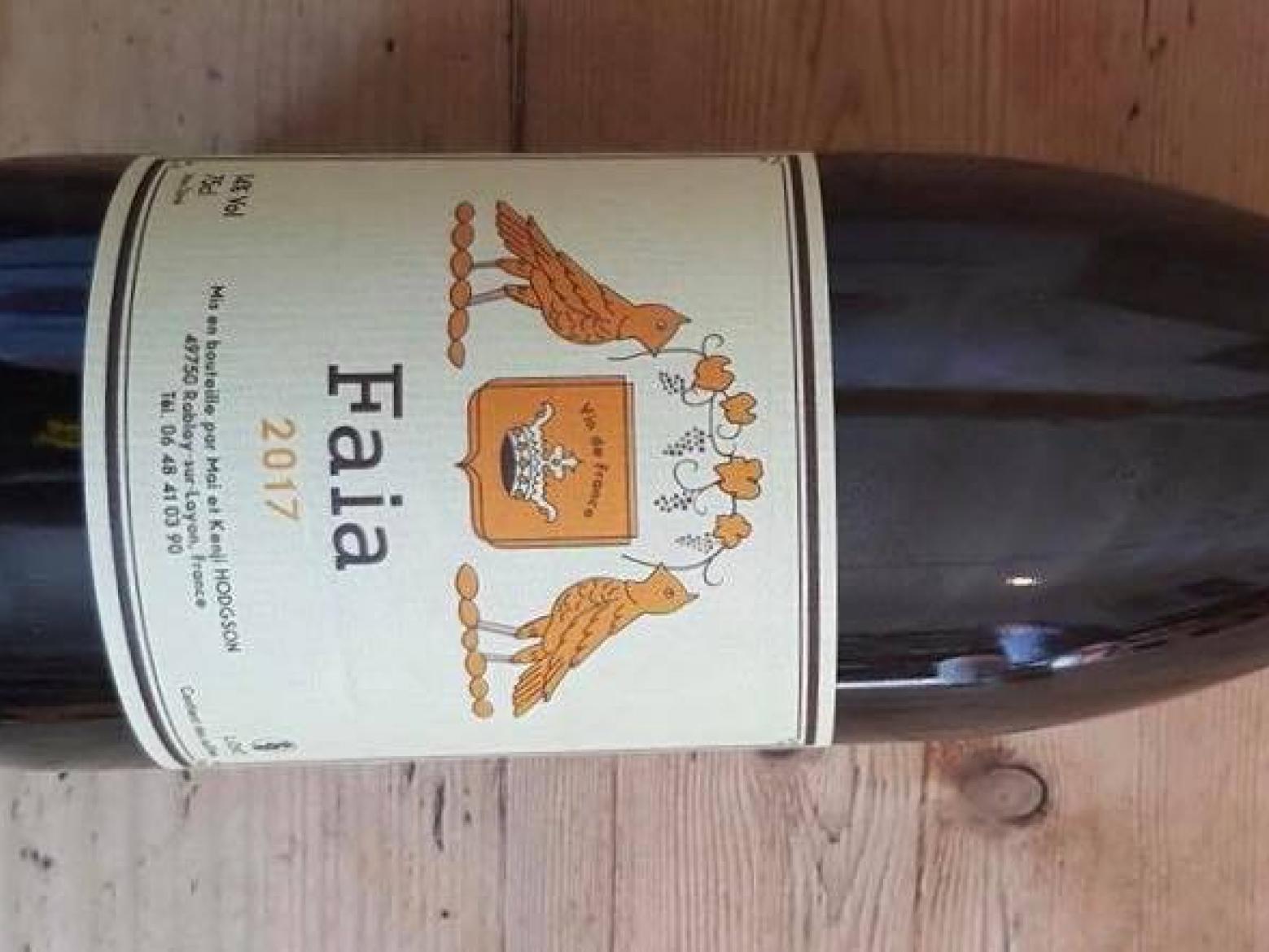 The Loire valley, and especially the small region of Anjou, are without a doubt the epicentre of the "real" wine movement. I use the term "real" because, in my mind, it is better suited to all those artisan vignerons who are trying to express the terroir of their vineyards and their grape varieties with the least possible intervention. Several varieties are planted in the region, but today we focus on a dry version of the greatest of all, Chenin Blanc. The label ‘Faia’, from Kenji & Mai Hodgson, was inspired by the ancient name of the village Faye D’ Anjou.

Kenji, from British Columbia in Canada, initially pursued a career in mechanical engineering, but thanks to a wine writer friend he became interested in wine. After some research he moved to Japan for an internship at the Coco Farm & Winery. There, the chief winemaker introduced Kenji to winemaking with reduced levels of SO2, indigenous yeasts, etc. When he returned to Vancouver he met Mai, a Japanese native who was working in the vineyards of the Okanagan region. For a while they spent their time reading about and tasting wines from domaines like Olivier Cousin, Marcel Lapierre and Guy Bossard, which led them to the decision of moving and exploring natural wine issues further, including the people behind them. While in Anjou, after a harvest with Mark Angeli of Ferme de La Sansonniere, that helped many other vignerons to find plots and settle in the region, they acquired two blocks in 2010 and an old facility that they converted to a winery in the village of Rablay Sur Layon. Their farming is organic but not certified (they don’t want to follow principles) and the vines are looked after meticulously, each individually. They own 4 hectares.

The wine is a blend of 4 parcels, with vines aged from 30 to 100 years, planted in shale (the hallmark of the region of Anjou) that gives wines tension and a dusty, mineral character. They harvest the grapes at full maturity (no botrytis) and press whole clusters in a traditional basket press. Everything is done by hand. It is fermented in neutral wood with the indigenous yeasts for 8 months. Malolactic fermentation follows, without stirring of the lees (they don’t want to enhance the wine with texture and aromas of the lees) and the elevage takes place in neutral 225L barrels. Bottled unfiltered by gravity. No sulfites are added in any stage of the vinification. 1600 bottles are made at each vintage.

The wine has spectacular tension and energy. It’s shy and needs time in the glass to reveal the elegance of Chenin grown in the Shale/Schist soils of Anjou. Meyer lemon, dried chamomile and croissant, along with a hint of "gunflint" minerality, characterize the nose. The palate is linear, with a very smooth transition of flavors from "stony" and austere to more plush and fruity. Good length that is defined by a strong salted almond flavor. Its strong energy, along with the acidity and the reductive character, will make this wine develop slowly over time and I would be pleased to re-taste it in 4-6 years.

A wine which is as complex and full of character can be enjoyed with various types of food, but a dream pairing would be with grilled Seabream eggs, raw zucchini slices and salsa verde. The crunchiness of the wine would accompany the crumbly texture of the eggs, while the smoked character of the dish will lift the salinity and the matchstick minerality of the wine. Because of the small production, Faia is not an easy find, but if you happen to come across it in a Parisian bistro or a modern wine bar in London, give it a shot.

You will be surprised.

Filippos introduced his self in the wine world randomly, while a forgotten bottle of "Sigalas Santorini 2005" in his family restaurant attracted his curiosity to  check if it was still "alive". Indeed it was, and since then he fell in love with all the histories and traditions behind a wine bottle. After a period working and studying in Athens now he is a sommelier in London. He loves the pure, traditional style of winemaking with the most soulful approach as possible. He would give his life for a glass of dry Chenin Blanc from Central Loire. 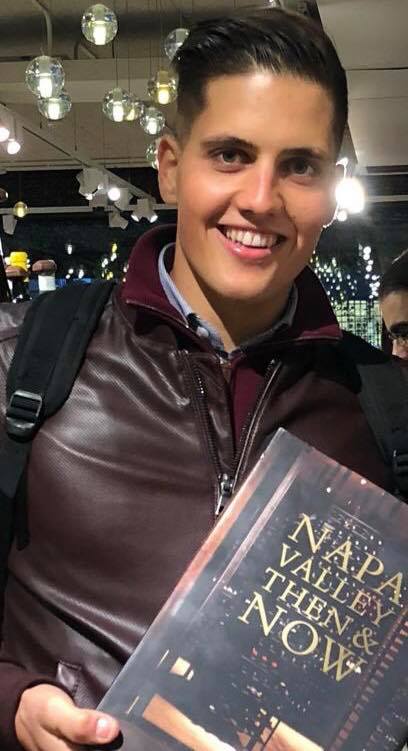