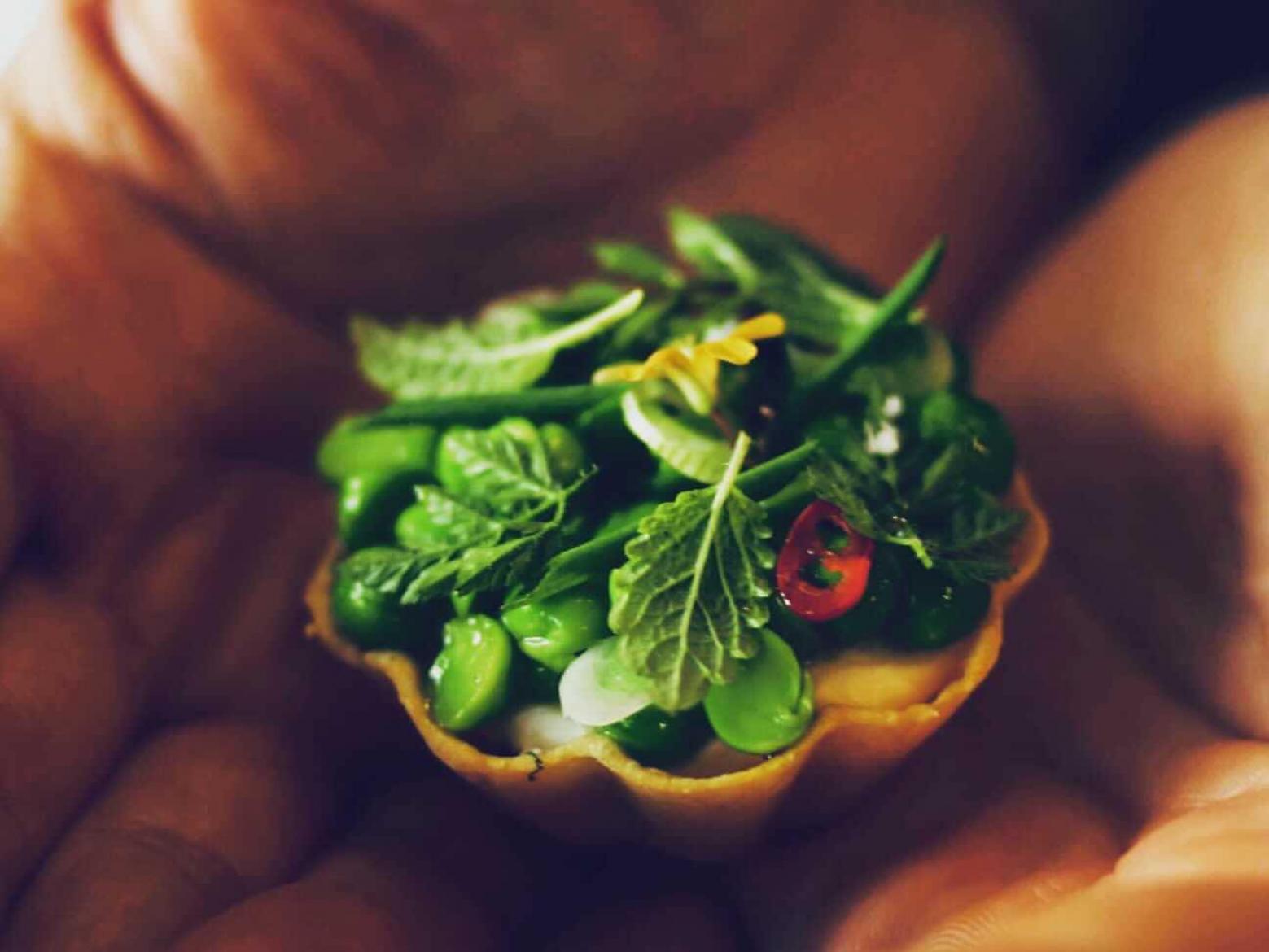 Selene restaurant and the birth of Santorini cuisine

Few places in Greece possess such a strong gastronomic identity as Selene, a restaurant inextricably connected to the heritage, rediscovery and promotion of the culinary treasures of Santorini. Established in Fira in 1986, Selene was the brainchild of George and Evelyn Hatzigiannakis. It has gone through many phases but has never ceased evolving and amazing its guests.

‘In the beginning, it was just about international cuisine. However, tourists were more interested in fava than filet mignon or duck breasts’, says George Hatzigiannakis, the father figure of Santorini gastronomy. Of course, introducing fava (split pea) to a wider audience was not easy, especially in a traditional style. But with the addition of other ingredients, such as savoury capers and Santorini’s Lilliputian tomatoes, it became an instant hit.

The first phase lasted until 1993. ‘Our ‘87 menu had three columns’, remembers Hatzigiannakis, ‘Santorini, Greece and International cuisine’. It was a tough mission back then, trying to please everyone, but between 1993 and 2009, Selene engaged with a broader audience through catering and organised events. Then, in 2010, Selene was relocated to Pyrgos and embraced a more creative ‘fine dining’ approach. At that time Hatzigiannakis worked with talented chefs such as Konstantina Faklari, Nikos Boukis, Thodoris Papanikolaou and Panos Tsikas, who contributed some of the restaurant’s most inspired dishes.

So what is Santorini gastronomy? It is another cucina povera (cooking of the poor), based on local ingredients, which conscientious restaurateurs and chefs have sought to develop over the years. ‘Evolution is fundamental’, explains Hatzigiannakis, ‘you must continue to develop recipes’. For example, his famous fava balls were initially cooked in a very classic way but later evolved into a koupa stuffed with caper gel and tomato, then to a fava tartellete
stuffed with egg and tomato (a combination of kagianas, ie scrambled eggs with tomatoes, and fava). There was even an attempt to present a hearty version of stuffed fava balls with lamb liver (sykotaria).

Santorini’s arid volcanic soil and low levels of rainfall ensure tiny yields and concentrated flavours, not just in the grapes for its internationally acclaimed wines, but for all crops cultivated on the island. Under such challenging climatic conditions, one can find unique vegetables, such as white aubergine, cucumber and tiny zucchini along with the famous small tomatoes and fava. Everything on Santorini is found in minute quantities, and therefore
the island’s needs are not fully covered. Despite the interest in local delicacies, the number of producers is declining, so it can be challenging to get hold of, for example, the small fresh tomatoes or tomataki grown on the island.

2020 heralded the comeback of Selene to the place where it had all begun, Fira, inside a former monastery at Katikies Garden Hotel. In late 2020 a collaboration with Michelin-starred chef Ettore Botrini was announced. 'I could describe the Selene concept and its new era as the score of a symphony. All performers read the same notes, the same musical symbols, but each artist is free to interpret them in his own way. Our intention is to respect the tradition of Selene and the rationale of locality, but to move into a new era, using local products and drawing inspiration from memories of recipes of the island. But it is equally important for us to present our point of view, to interpret the score with new dynamics, with a personal tempo and to express ourselves with our own culinary identity' comments the chef. 'What we want is to introduce the flavours and aromas of the island. To immerse our clients into a total experience of the five senses, which, with the help of the excellent wine proposals, will be the ultimate tasting experience and memory from Santorini.'

No doubt the gastronomic fermentation of Selene will continue, and we can look forward to many new flavours and tastes. Hatzigannakis and his team have always paid particular attention to wine, and it is my privilege to work with the people of Katikies and Selene as the curator of their wine programme.