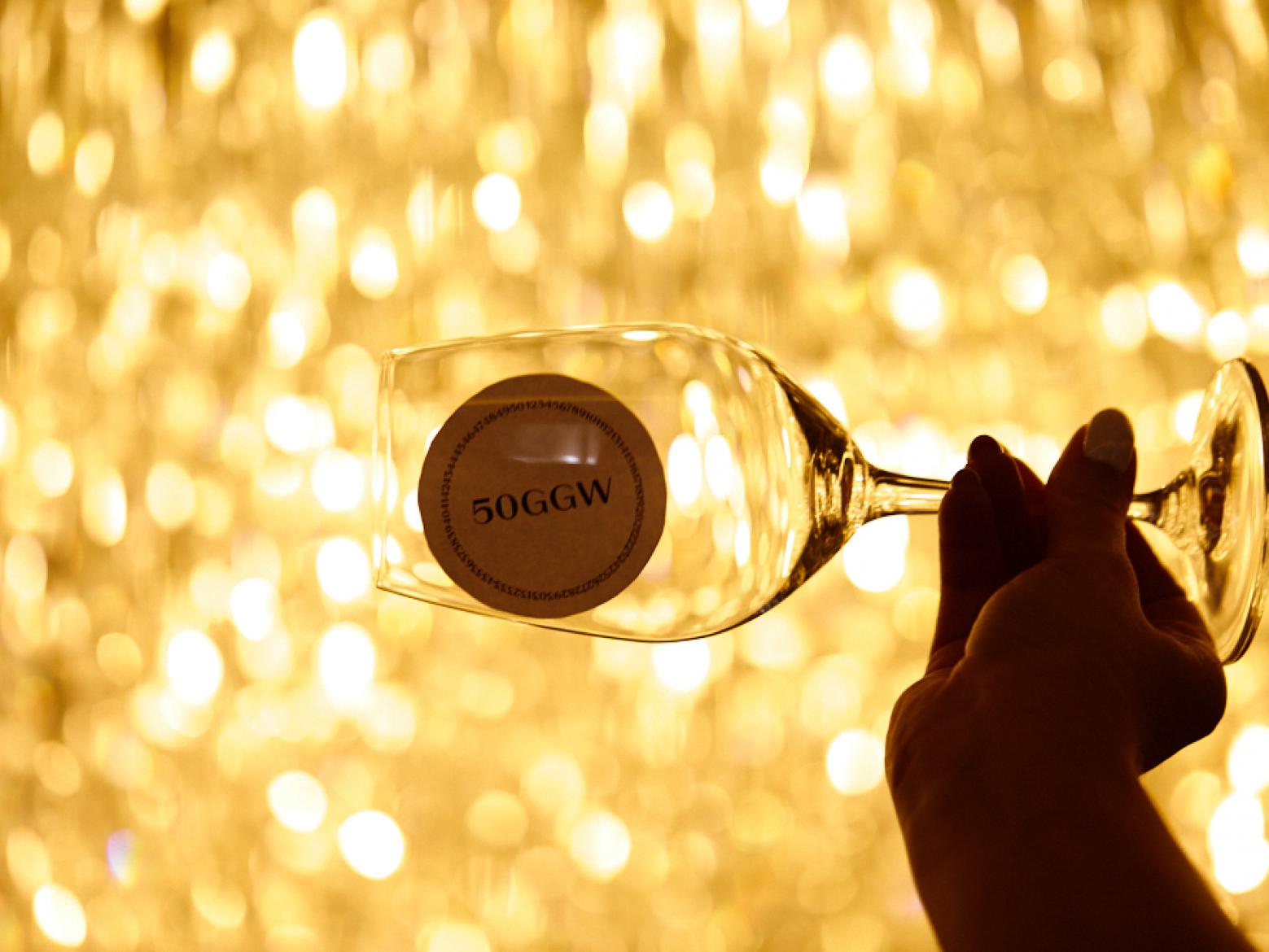 I woke up on Wednesday morning with a feeling of elation, and went about my morning routine humming Louis Armstrong’s ‘What a Wonderful World’. Now, in all honesty, these past few months have been filled with so much stress that it was nice to be looking forward to something different and new, for me, at least. Today, I would be going down to talk to the judges of 50 Great Greek Wines, and by pure luck, actually had the honour of watching a small part of the procedure from the wings. Tomorrow, we would be having dinner together, so I would have two separate opportunities of discussing some initial observations.

In the days prior to my visit, I had pondered on what makes a ‘great’ wine, great. Jamie Goode suggests that great wines are defined by terroir, reputation, perceptive expectation and relative scarcity. Hmmm! In this context, are Greek wines great? But, also in this context, are the wines from many countries of the world great? I'm quite sure few have the reputation, and perceptive expectation. So, I took my question to Yiannis and he said, “we could have a huge discussion on what defines a great wine, but if we keep it really short and basic, a great wine is one that is remembered. The next day, the next month, forever”! Hmmm! This definition seems simple upon first sight, but has a catch. The remembered forever bit, is not that easy to come up with. But, here I could definitely think of a few Greek wines. So, the time is ripe for 50 Great Greek Wines to be opening the discussion about the 'greatness' of Greek wine (tasted blind by a very experienced panel of judges), and to be promoting the idea that these wines can claim to be on an equal level with some of the great wines of the world.

When I got to the hotel where the tasting was being held, I hit the Assyrtiko tasting. Assyrtikos from all around Greece, including Santorini. I was quite impressed by the fact that all of the judges on the panel had rated the same wines with about the same rating and upon discussion they all agreed on which Assyrtikos on the flight they thought were typical of Santorini (I don't know if they were right, but I would very much bet on it). The next flight was one of rosé wines. My general impression was, that save two or three wines from the 12 on the flight, the judges were more restricted in their comments.

At lunch Lenka Sedlackova MW told me, “it was nice to see that Greece is following the general international trend that focuses on the drinkability of wine, with lower extraction, lower alcohol levels and less barrel”. This was confirmed by the other judges sitting at the table. By chance Lenka corroborated Yiannis' statement of greatness of a wine when she shared with me how when on the MW tour of Greece last year she had tasted a Santorini wine that stunned her. “I remember looking across at my husband and he whispered 'wow'. I have a very clear memory of that wine. Great wines stay with you”. All, also agreed that the morning flight with the rare white indigenous varieties they had found particularly interesting. 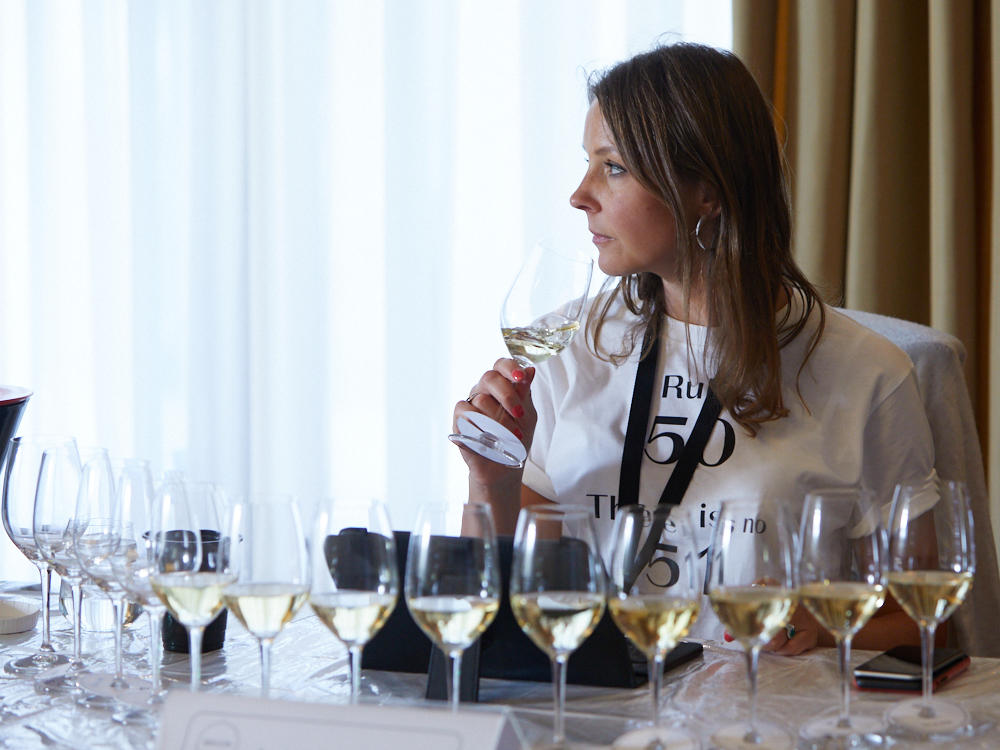 The following evening Wojciech Bońkowski told me, “the true realisation is that the white wines, in general, were better than the reds. I'm not saying there weren't exceptions, but overall the whites were more impressive”. He then went on to tell me that he believes in resinated wines and this is a style Greece has to hold on to, as there is always intelligence behind the wines made in each country. Stefan Neumann MS added, “Greece has been very open-minded about taking advice and this is something we saw in the wines we tasted. There is much evolution in the last couple of decades”. There was also general consensus that local varieties are the way ahead for Greece and that the world is now turning towards the lesser-known varieties. 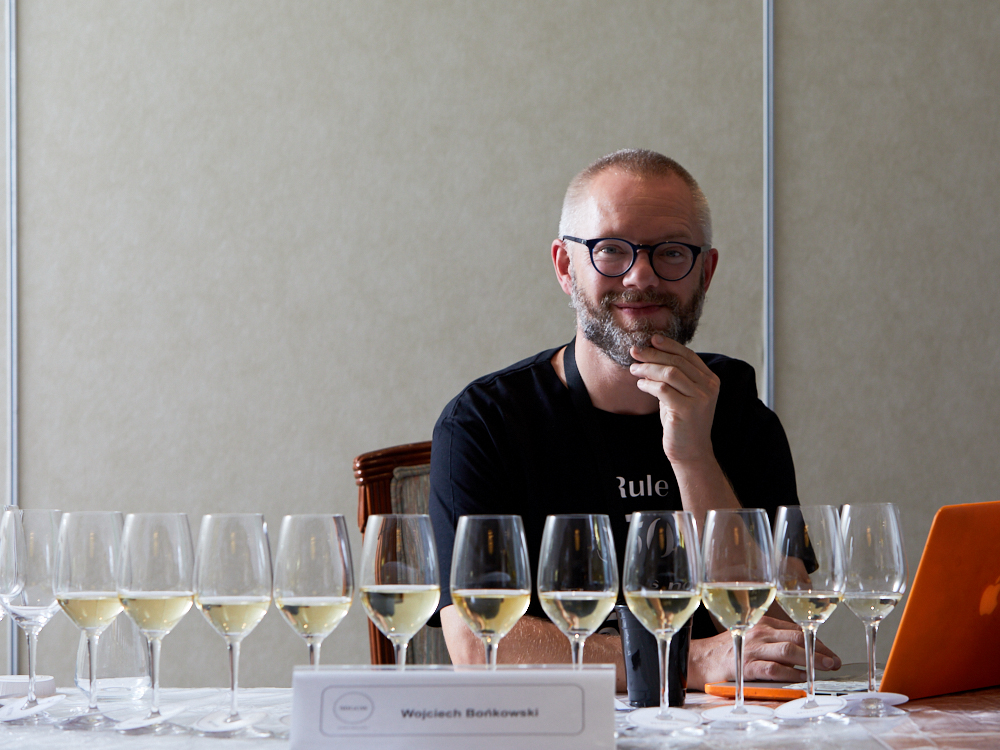 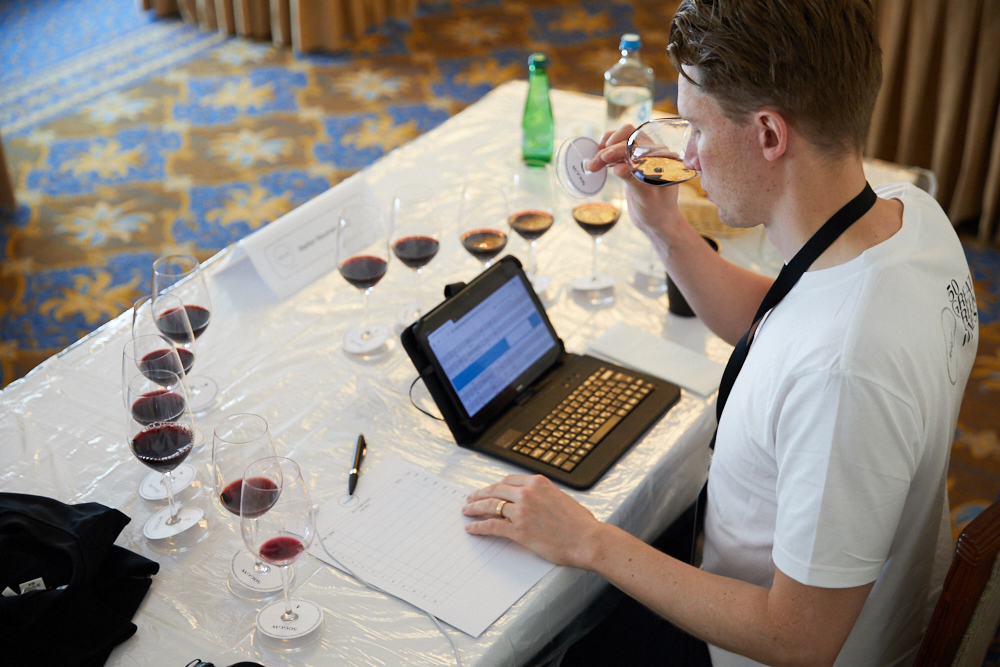 When I spoke to Terry Kandylis on Monday, after the end of the whole process, he said, “The tasting was particularly interesting for all of us. It was an amazing idea, very well organised, impeccably implemented. It would be nice to see 50 GGW established, and repeated year after year. It's important to have a portrayal of the country through the eyes of acclaimed judges. It's also important to have wines from larger and smaller wineries judged without preconceptions. What I take home is that overall the white and sweet wines were world-class. Also, we saw typicity, lower intervention winemaking that brings out the character of varieties. We all agreed that it is important to preserve 'retsina' as a style. Overall, the reds need some fine-tuning, although it was interesting to see that, eg for Agiorgitiko we tasted versions where the juicy red fruit, with the nice acidity, were in the forefront”.

I, on the other hand, feel particularly proud to have witnessed this celebration of great Greek wines. I started tasting Greek wines in my mid-twenties, I have followed the changes over the years, and thirty years later the change and evolution are decidedly impressive. Let's wait and see the results! 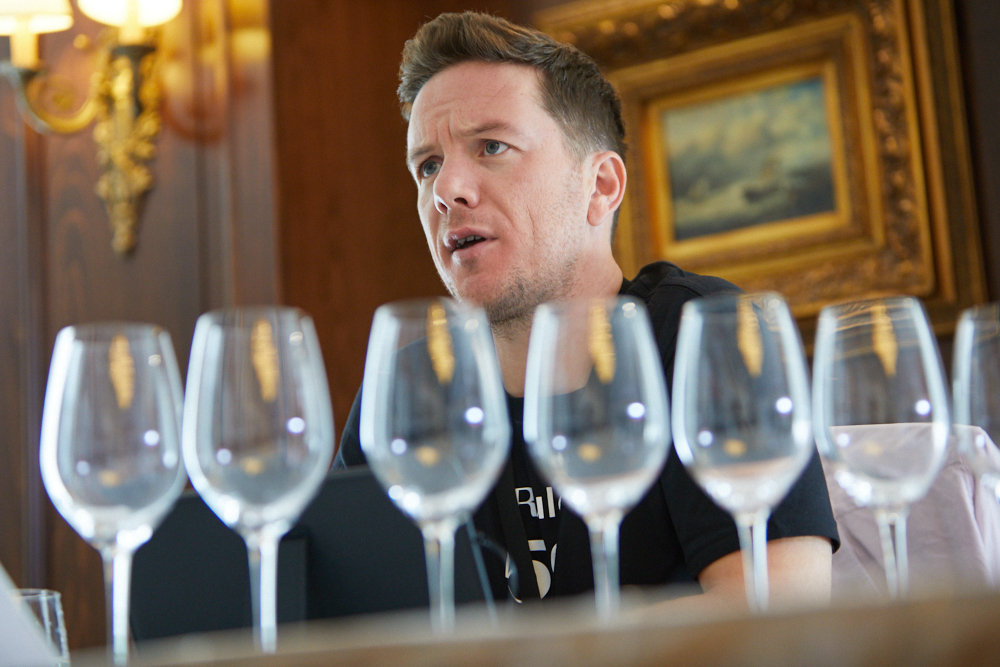 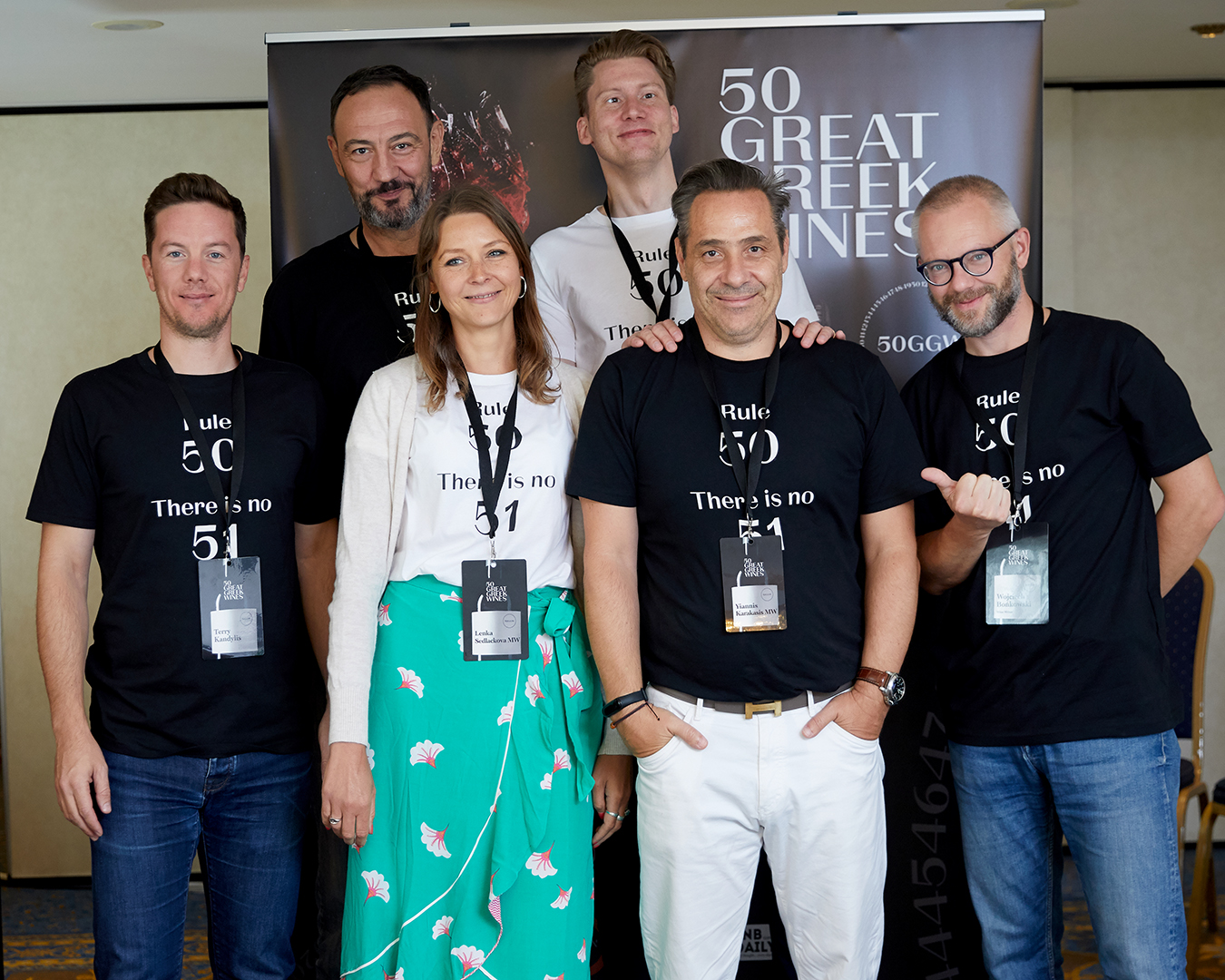