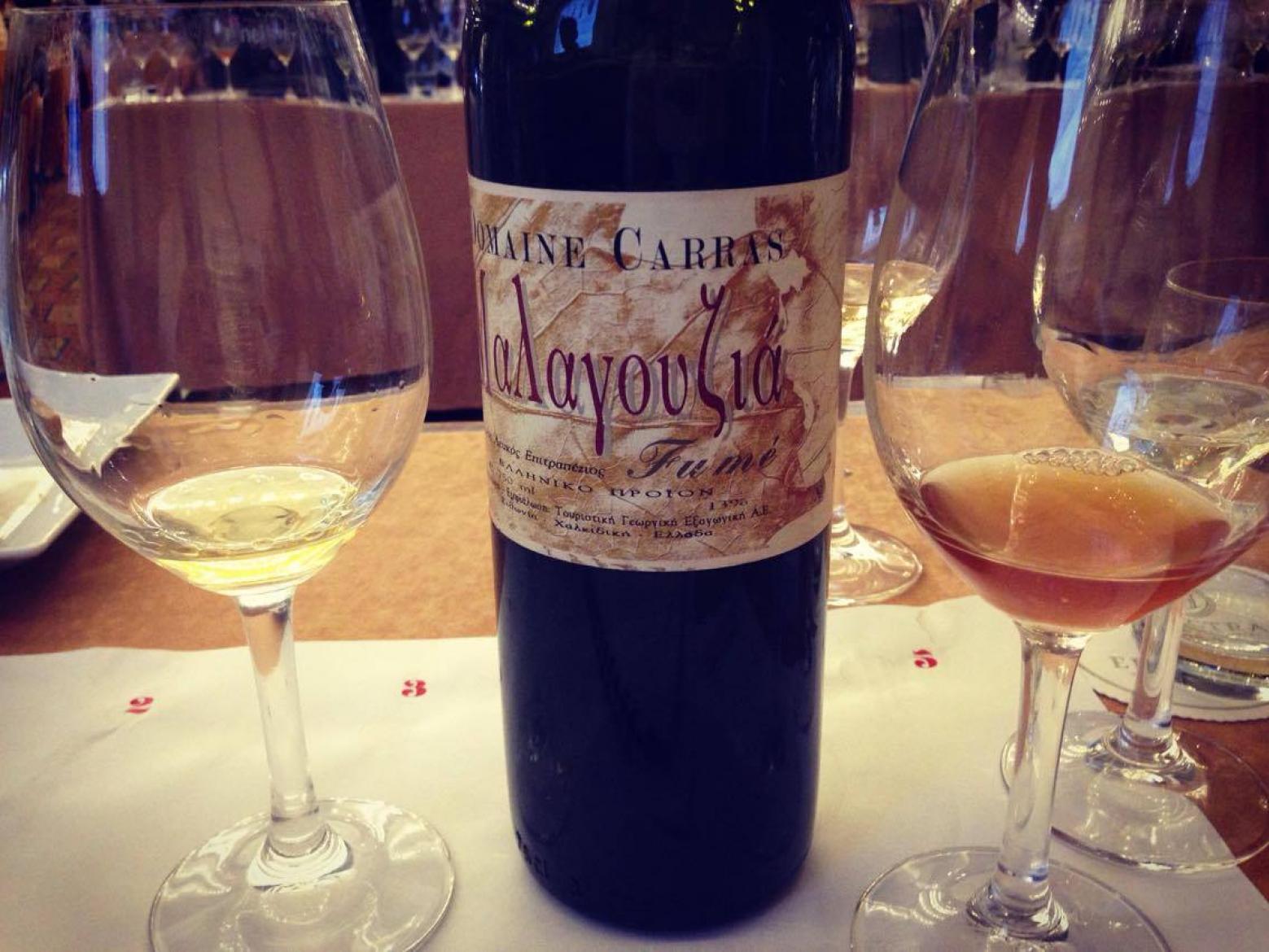 Most people know and enjoy Malagousia, a white Greek upcoming variety for its aromatic and exotic character along its soft and round palate which gives it a Gewurztraminer like personality. During a superb three and a half hours long masterclass that I moderated in Thessaloniki I had the chance to dig into the variety's styles and typicity. I plan to get back and become more analytic in an upcoming post.

In the masterclass I asked Vangelis Gerovassiliou, who is credited a major part in the variety's success being oenologist in Porto Carras where the variety blossomed in the early 90's, of its potential to produce truly outstanding wines. ''With Malagousia we have a different character compared to Assyrtiko. There is less longevity and the wines need to be drunk during the first 2-3 years after the vintage. Quality can be very good yet not with tremendous complexity'' he said to a large audience of 70 people.

And this is the reason I love wine so much. Because this is the rule, which was confirmed many times during the tasting, but then the 1994 first Malagousia bottling from Porto Carras was presented at the end as cherry topping that left me speechless. Gerovassiliou was working as a winemaker in Porto Carras and although there were experimental vinifications, it was not until 1994 that Malagousia was first bottled.

So we had in front of us the very first bottling of Malagousia! And how was the wine you may ask....

Quite youthful colour for a 22 year old wine with tremendous aromatic complexity full of toast, white chocolate, hints of pepper, dried apricot and hints of mango. Vivacious on the palate with fine balance, layered and utterly complex the 1994 Malagousia was much more lively than the magnificent 1989 Kallisti Boutari Santorini tasted several times over the last years. One of the most complete Greek wines I have ever tasted. Fermented in oak with Fumé on the label and 13% abv. 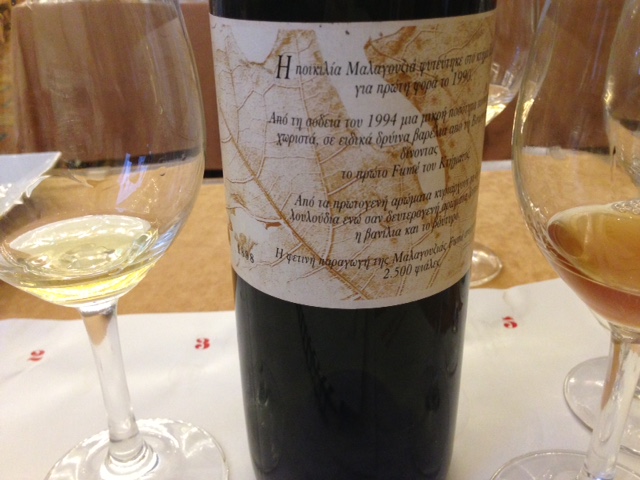