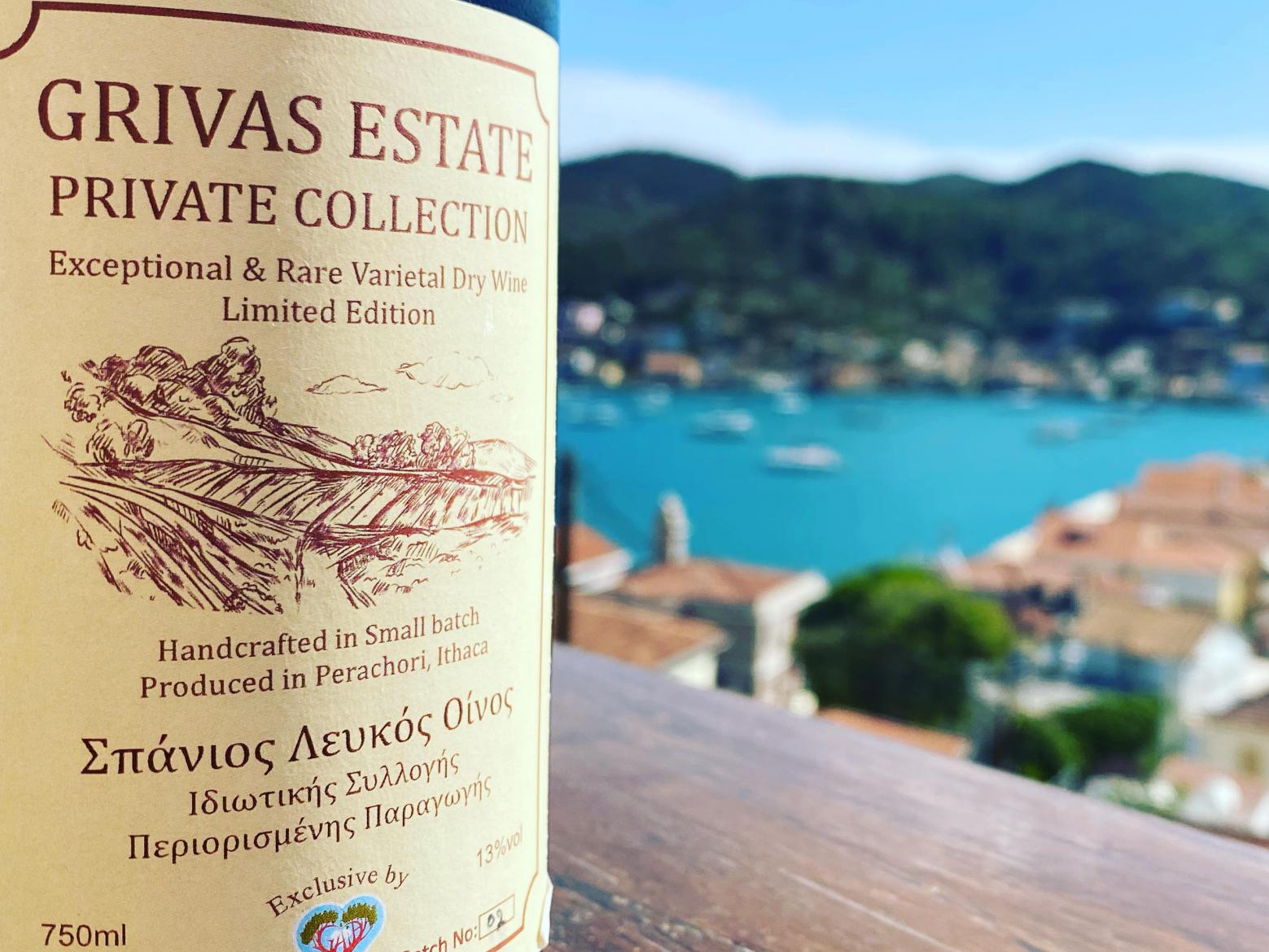 Wine from Ithaca? With or without its glorious mythological background, Ithaca is likely the perfect Greek island. Breathtaking scenery, dramatic geology, unspoilt nature, magical beaches, and charming fishing villages—Ithaca truly has it all. Well, almost all, as the local wine production is scarce; even the bulk stuff sold by the kilo in local tavernas comes from the Peloponnese.

So it was with astonishment that I saw a bottle labelled as “Produced in Perachori, Ithaca” in Vathý, Ithaca’s capital, at the Batis restaurant.

«White batch no. 2» on the label, but sadly, no grape variety is mentioned. 13%. A rustic, chewy wine with plenty of SO2 masking the fruit at the moment. Youthful but tight and neutral, this did not open up during the two days I tasted the opened bottle. 84

I tried to learn more about this wine, which included questioning the restaurant owner, incidentally also named Mr Grivas but unrelated to the winery. He sent me to a grocery shop in the back street of Vathý. They had no idea about the winery but sent me further to Gaia, a nearby natural products shop. This appears to be the only retail outlet where this wine is available (and which apparently has other “Batch numbers” of the same) but failed to put me in touch with Grivas Estate. I guess Ithaca must keep some secrets for itself…

Υiannis adds, ''very little information is available for the island's wines although sources are mentioning 16 indigenous varieties of Ithaca (mostly white grapes).  Some of the names mentioned are Papadiko, Avgoulato, Goulina, Kotsilia, Koufaki, Boubouli, and Skylipniktis (a variety that comes from Zakynthos or the Peloponnese according to Wine Grapes), Xinopodia and more.''