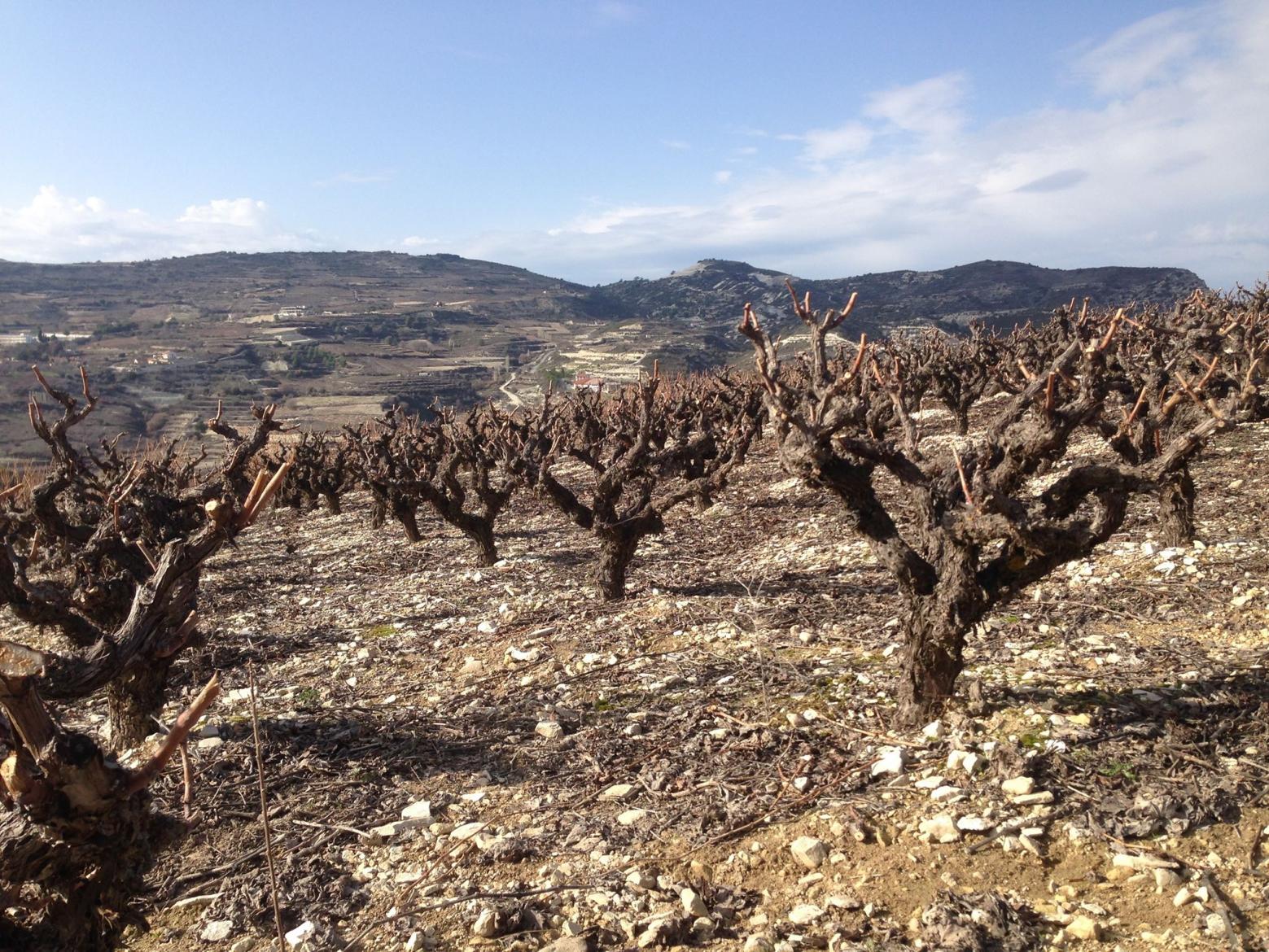 Xynisteri is the most planted white variety in Cyprus (20% of total plantings- 2,410ha). It is zesty, full of freshness and delicacy. Naturally moderate in acidity, when slightly helped by higher altitudes and/or some fine-tuning in the cellar, it manages to give balanced wines with spotless, delicate fresh fruit, in the stone fruit aromatic spectrum, complemented by herbal or floral nuances.

Over the last few years, winemakers have thrived on the production of a classic style defined by stainless steel fermentation and protective winemaking. This style produced an easy-drinking and approachable wine, which has found a hospitable home in casual restaurants in Cyprus.

Ιt was not until 2002 that Kyperounda winery with vineyards over 1400m shifted the discussion to another level with the production of Petritis Xynisteri. A benchmark high altitude Xynisteri in a more layered and structured version with a production of 150,000 bottles. “We treated the grapes differently; pre-fermentation cold soak, which was not a standard technique back then, together with extended lees ageing and some oak maturation to boost ageability” says Minas Mina, winemaker at Kyperounda. Also worth noting is the high percentage of old vines (some planted in 1910) and the low yields.

2014 signified the appearance of the first single-vineyard Xynisteri from the Zambartas winery. That was made in a ripe, creamy, but fresh style, from the village of Mandria in Krasochoria, Limassol at 950m. Whereas this was originally matured in 60% stainless steel and 40% oak and acacia barrels, this has now changed. “I found that old oak does a better job and it creates more layers”,  says Markos, who has adopted spontaneous fermentation as of 2016 and has recently gained organic status for the vineyard. With this label, wine prices rose, to approximately 17 euros, a rather sharp increase when compared to the standard price of entry-level Xynisteri, which sits at around 5.5 to 6 euros in the domestic market.

Single vineyard and a larger oak vessel approach is also the chosen recipe by Sofoklis Vlassidis, owner of the Vlassidis winery, who released his Alates 2018 in the summer of 2020 from 30-year-old vines. The result is a Burgundian take on the wine which is matured in 2000L oak casks for 5 months, expressive of a toasty and creamy character. “Our focus is on identifying the various characters of old vine Xynisteris that have found their balance. Only old vines in my opinion can fill the mid-palate with flesh”, Vlassidis points out, and he goes on to explain that using grapes from a single vineyard does not define quality in itself. Terroir is what counts.

More single vineyard wines are taking Cypriot vineyards by storm as Vasilikon winery in Pafos released an oak matured wine from Kathikas, at 700m altitude, which was planted with vines in 1965. Moreover, very recently Kamanterena Winery, in cooperation with Tempo and recently crowned fellow 'Master of Wine' Ido Lewinsohn, produced Eagle Rock Single Vineyard matured in 500L French oak, from an 11.4ha vineyard sitting on a white limestone rock formation, just outside the picturesque village of Inia, overlooking the Akamas peninsula. There is also more going on every day from other wineries as well.

Exploration of the dynamics of the variety has continued over the years. Vouni Panayia in Paphos has also taken part in this quest since 2017 with the impressive Microvinifications series. In 2017 they presented a ground-breaking spontaneously fermented Xynisteri (called My village), which included 6 months of battonage and resulted in a herbal character, not very common for the variety (although Petritis showed that aspect as well). Demetri Walters MW praised it with the following description ''the combination of 1000m elevation, cold-soak, wild-yeast fermentation and extended lees work have created a layered complexity -  an authenticity, if you will, that is very encouraging for this widely-planted white variety.'' This is a never-ending journey states winemaker Yiannis Kyriakidis, who points towards a whole-bunch, skin-contact Xynisteri produced in 2018, with 90 days on the skins. This was a big hit abroad opening export markets in the UK and USA. Their 2019 microvinification X is called “Xerika” and has seen 9 months battonage and 1.5 year of bottle ageing.

While battonage seems to work well especially with low pH values, such as those found in the Vouni vineyards (3.1-3.2), care should be taken not to overdo it. “pH is crucial as it provides microbial stability but also contributes to minerality. In my opinion pH management is the decisive factor. Concerning battonage, I believe it works well, as long as care is taken so as to not overdo it” continues Kyrakidis. 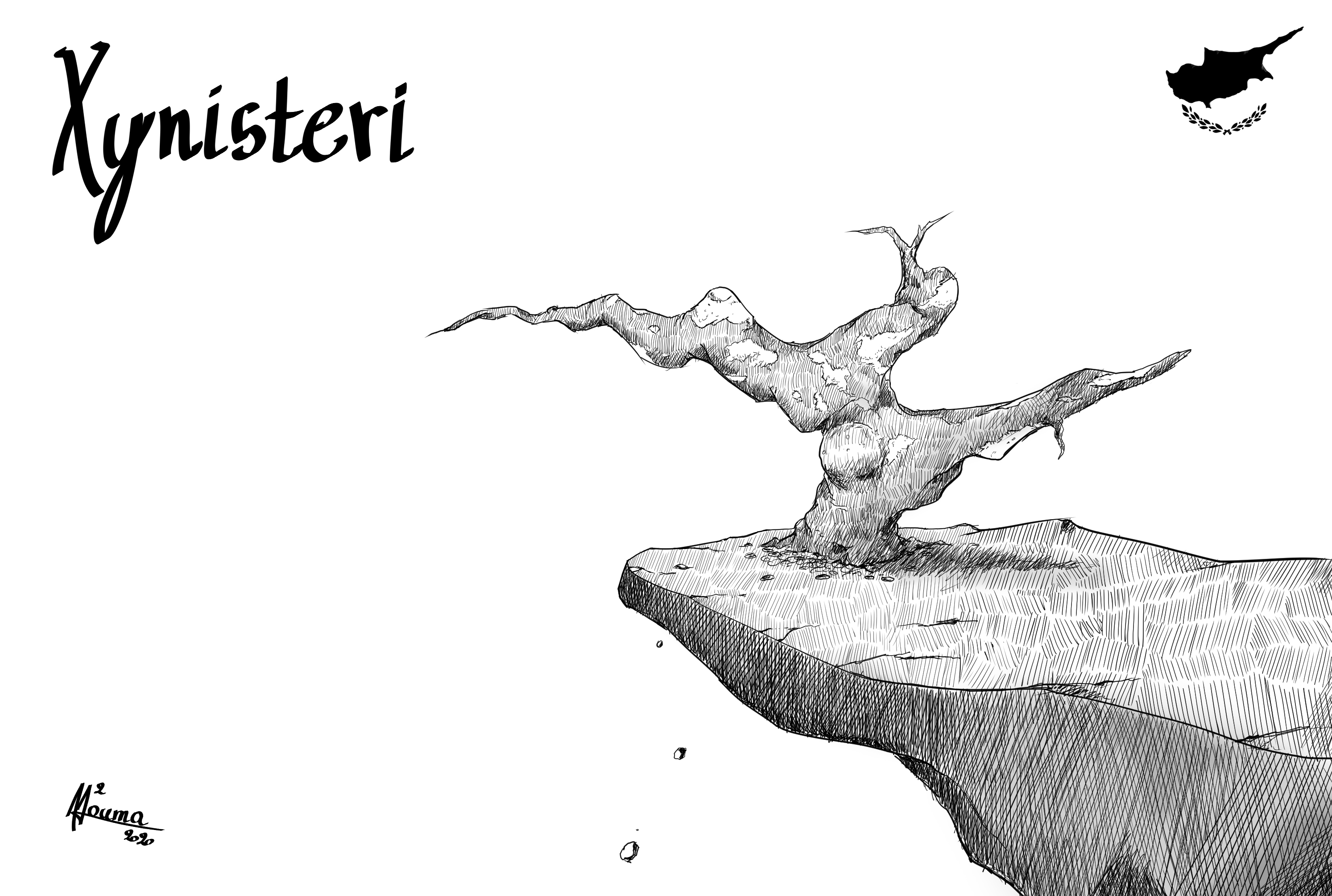 Other winemaking techniques are also of much interest. Oenologist Santiago Martinez Polo is behind the winemaking of another two exciting examples. The first is Plegma, from Olympus winery, a blend of 85% Xynisteri and Muscat of Alexandria that matures in used Commandaria casks for 5 months resulting in a wine with a nose of ripe peach, apricot and exotic fruit, like pineapple. The second is Tethys Single Vineyard, a project by Sommelier Andreas Kyprianou, where fermentation is carried out in a Numbold cement egg which gives a different, more mineral, more savoury and lean interpretation of Xynisteri. Tethys will also include a Commandaria matured Xynisteri in the near future. ''By using a concrete egg, we can display the pure face of Xynisteri especially when the grapes have been harvested early (at the beginning of September) along with a layered mouthfeel because of the lees effect; in the barrel, you get the Commandaria effect with oriental spices and complexity on the nose'' says Santiago.

The idea of using old Commandaria barrels has also been adopted by Tsiakkas winery in the highlands of Pitsilia where grapes from 60-year-old vines, at 1200m altitude, are partly fermented and matured for 6 months in used Commandaria Casks. “Over the past years the potential of making a great terroir Xynisteri has been growing and we find that old vines and high altitude vineyards tick all the boxes” says Orestis Tsiakkas, winemaker at Tsiakkas winery. The 2018 Terroir Xynisteri was released in 1000 bottles, with the old Commandaria barrels providing more layers of complexity.

But, perhaps, the maximum overdrive is the new project by Kyperounda, which has focused on two micro terroirs (two separate plots 500m apart) with different exposures. They will be making two wines, one called East and the other West, both of which I tasted during my last trip to Cyprus. In theory, the eastern aspect provides more freshness as it catches the early sun, and this was expressed by the wine. “We are exploring the boundaries of Xynisteri. Primarily in the vineyard and for this reason, we are carrying out 4 research programmes with universities in Greece, Italy and Cyprus”, says Minas Mina.

This brings us to the essence of our discussion. To achieve more complexity, more work is needed in the vineyard. We still don’t know which techniques are most suited, but we are in the process of finding out. When the questions posed have been answered and a critical mass of 2 mn bottles (according to Minas Mina) of quality-driven Xynisteri is produced, then the many faces of Xynisteri could perhaps become a better ambassador to Commandaria.