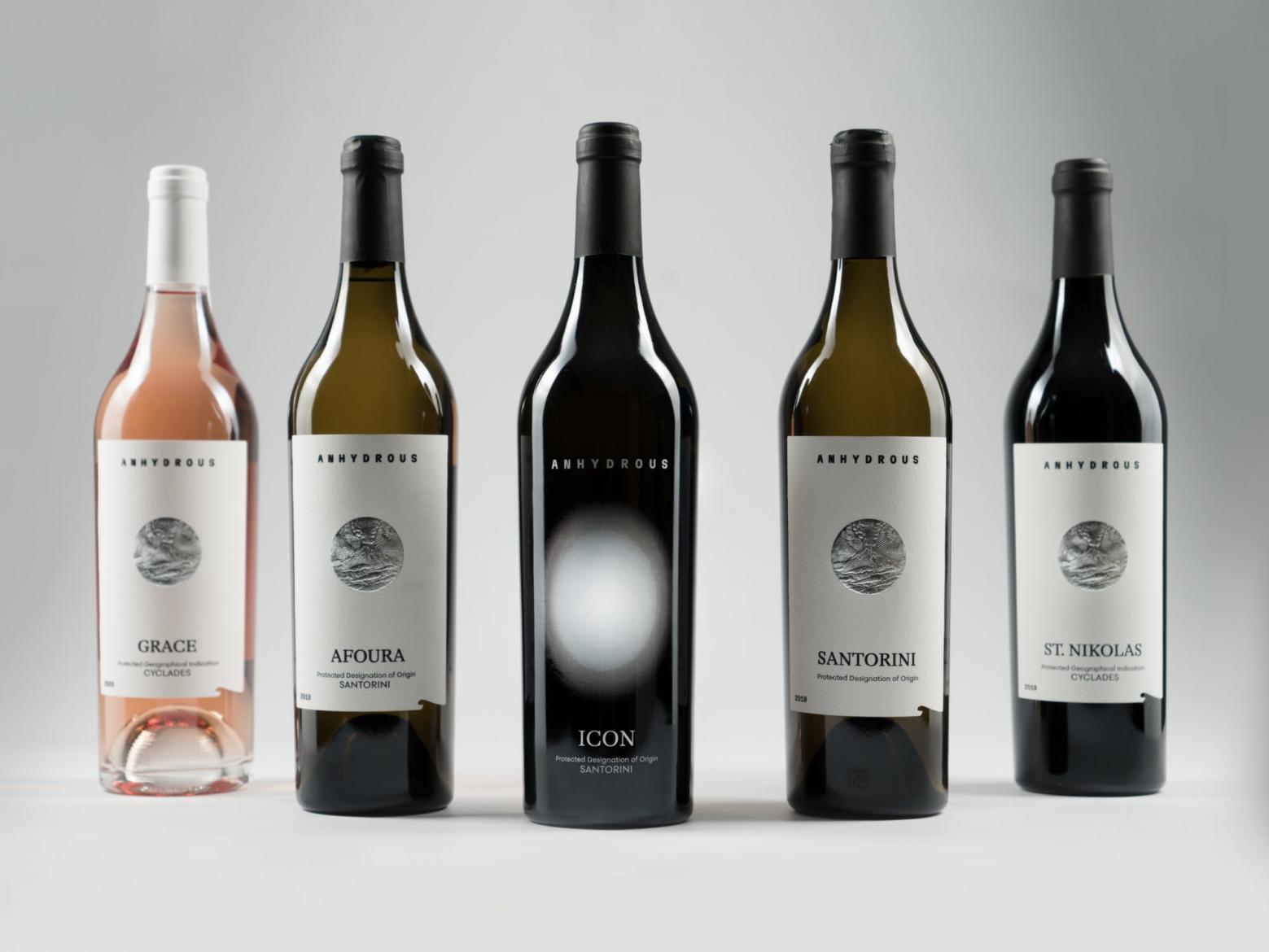 One of the recent additions to the wine map of Santorini is the Anhydrous winery, the evolution of Avantis Santorini, a family affair by Apostolos Mountrichas and his wife Lenga Gregoriadou. Everything started in 2012 when Apostolos decided to test his skills in one of the most challenging European terroirs (as he recently told me) and to give himself a powerful tool in the export markets.

“We started as Avantis Santorini, but on the way, we found our Santorinean entity and identity”, he comments. In the ten years of the winery, it has proven its care for this extreme terroir, with quality always being the main focus. Production is limited, and there are no plans to exceed 40,000 bottles. Of these, Santorini is 25-18.000, oaked Afoura, which showed much freshness and nerve last time I tasted it, is at 3.000, whereas the flagship Icon, which ages in cement eggs, doesn’t exceed 2.500 bottles. Apart from the Santorini triad, there are two more labels, the rosé Grace made from Mandilaria and Aidani, which is becoming better each year and I surmise that very soon it will be included in the list of the most interesting rosé wines of the country, at 15.000 bottles and red St Nikolas (Mandilaria/Mavrotragano) in another 2.500.

From the tiny first production of 2012 to 2022, with greater recognition and new company identity, the road towards establishment has been uphill and, I assume, not always easy. Apostolos says: “the difficulties I had to overcome in this project of mine have made me, as I understand it, a better winemaker, which is even more important to me than export success. Obviously, with the brand Evia (where Avantis winery is found), on its own, it was difficult in certain markets, and Santorini helped immensely”.

The winery works with 1ha contracted vineyard land and another 9ha of contracted selected growers. Our conversation naturally moves on to the hot subject of the vineyards of Santorini and the preservation of old vines. His views on the topic are apparent. “It’s difficult to convert to organic farming because there isn’t enough workforce, but also because once you declare a vineyard as organic, taxes paid to shoot up to fourfold for each 0.1ha”. Despite this statement, which many producers on the island share, I feel the need to communicate through my site – including Santorini – that chemical pesticides cannot participate in terroir wines. Everybody should realise this, and the sooner, the better.

Preserving old vines was of utmost importance to the winery. “This is our treasure chest; we must protect it with all our might. I think a legal framework should be in place for the protection of old vines”, he comments and adds that the law about construction offers some protection. Amen!

In the winery, progress is present in the form of much experimentation. As of 2019, all fermentations are spontaneous, without any problems, and the aim is “Santorini at its limits with different winemaking techniques. If the quality of our wines rises, we can command higher prices. But, not the other way around, it was wrong that prices increased based on the price of bought-in grapes. Thankfully, some balance has been restored now”, Apostolos Mountrihas concludes.

As I write in my book The Wines of Santorini, the wines of Anhydrous are steadily enjoyable and contribute to the rising reputation of the island. After having systematically tasted all the winery's vintages, I want to add that the wines are vastly improved and much more refined. They are a tribute to the vineyard of Santorini with much promise for the future. 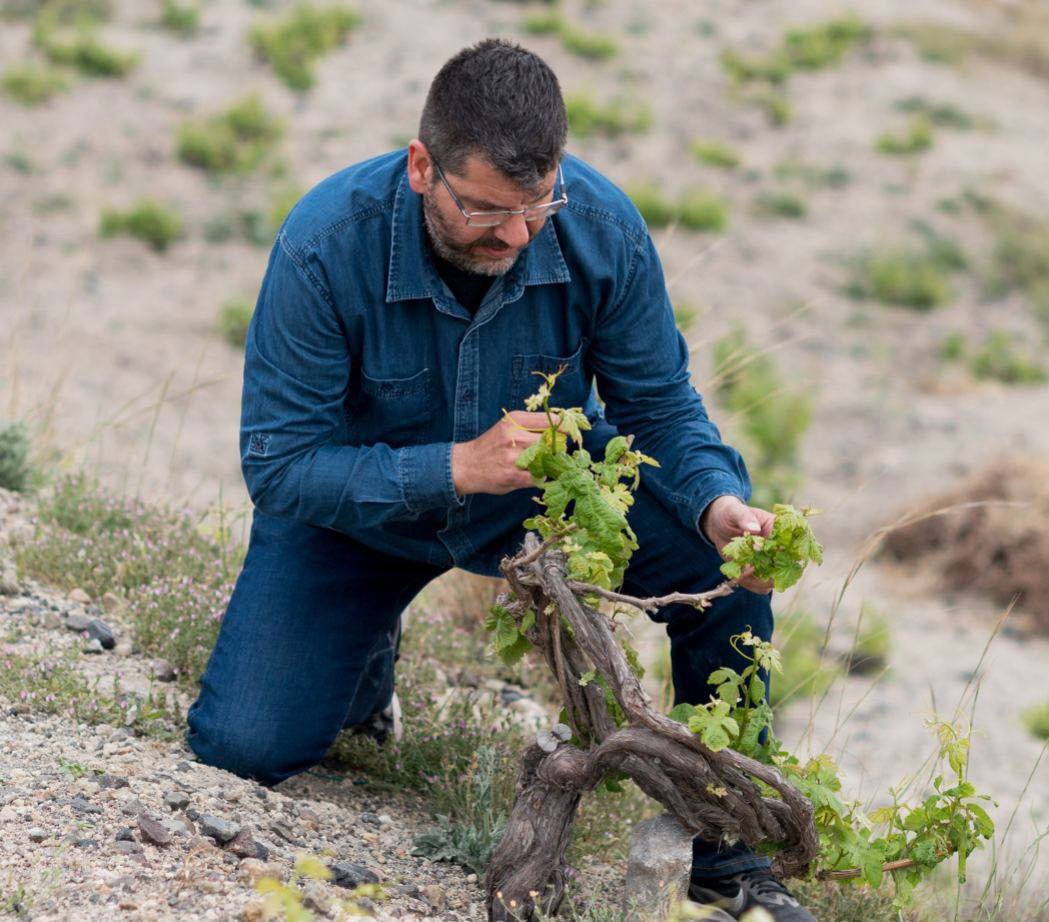