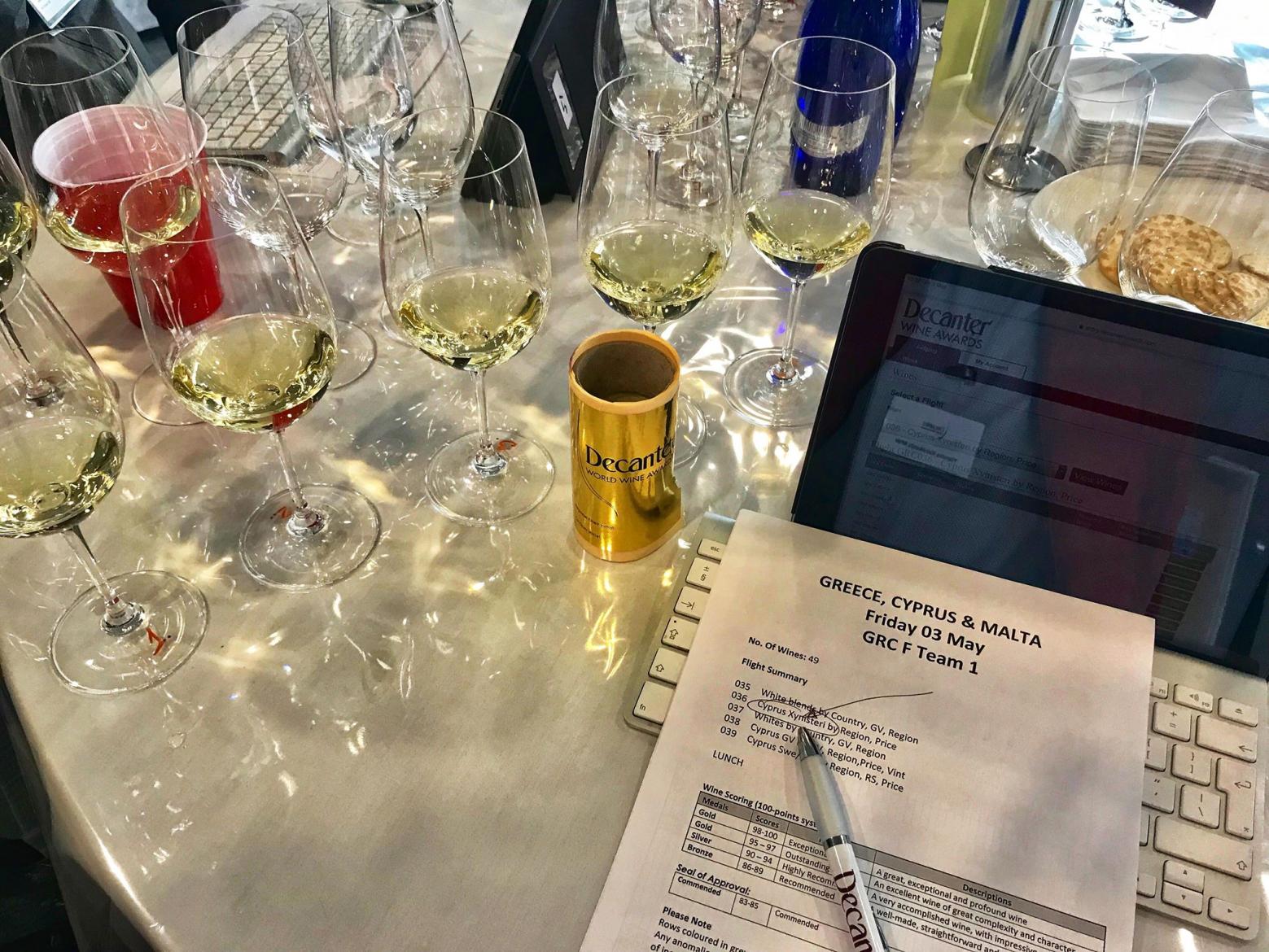 Decanter.com has just published the medals awarded to each country online; the most influential wine competition in the world. As always, I am happy to have been part of the judging team for Greece and Cyprus. Unfortunately, this year I only judged the last two days of the competition, so I got a taste of Greek reds (mostly international varieties) and a quite a few Cypriot wines.

Once again in 2019, a Best in Show award features among the Greek wine awards, which is regarded as the jewel of the crown in the Decanter Awards. Best in Show winners are all wines that have already received Platinum medals and have been re-tasted several times to make it to the top-tier; they have been tasted by Decanter co-chairs, Sarah Jane Evans MW, Andrew Jefford and Michael Hill Smith MW. Of more than 16,500 wines tasted, only 50 (0.3%) received the esteemed Best in Show medal.

Among these, the Bordeaux style Biblia Chora Ovilos white 2018, a blend of Assyrtiko and Semillon, is described by the judges as: ''This was one of two Assyrtiko blends which turned judging heads this year , underscoring the versatility and sheer quality of this outstanding Hellenic variety. The aim here is clearly to make a subtle, creamy, full-textured white wine for fine dining, and the challenge has been well met in this wine which we came to nickname, as we tasted and re-tasted it, the 'Greek Graves'.  Look out for subtle scents of soft citrus, beaten cream and courgette, and a generously textured and contoured flavour which combines citrus and vegetal notes in that same alluring style.  Brilliantly vinified, with no vulgarity or overstatement, and the general retained freshness suggesting that both varieties are happy in their relatively cool Pangeon location. Drink 2019-2021''

Cypriot wines showed a solid quality level earning 1 Gold and 14 silvers (versus 1 Gold and 9 silvers last year). You can check the Platinums and Golds below. Bear in mind that a wine with a Gold Medal has received a minimum of 95 points.

Congratulations to all winners.