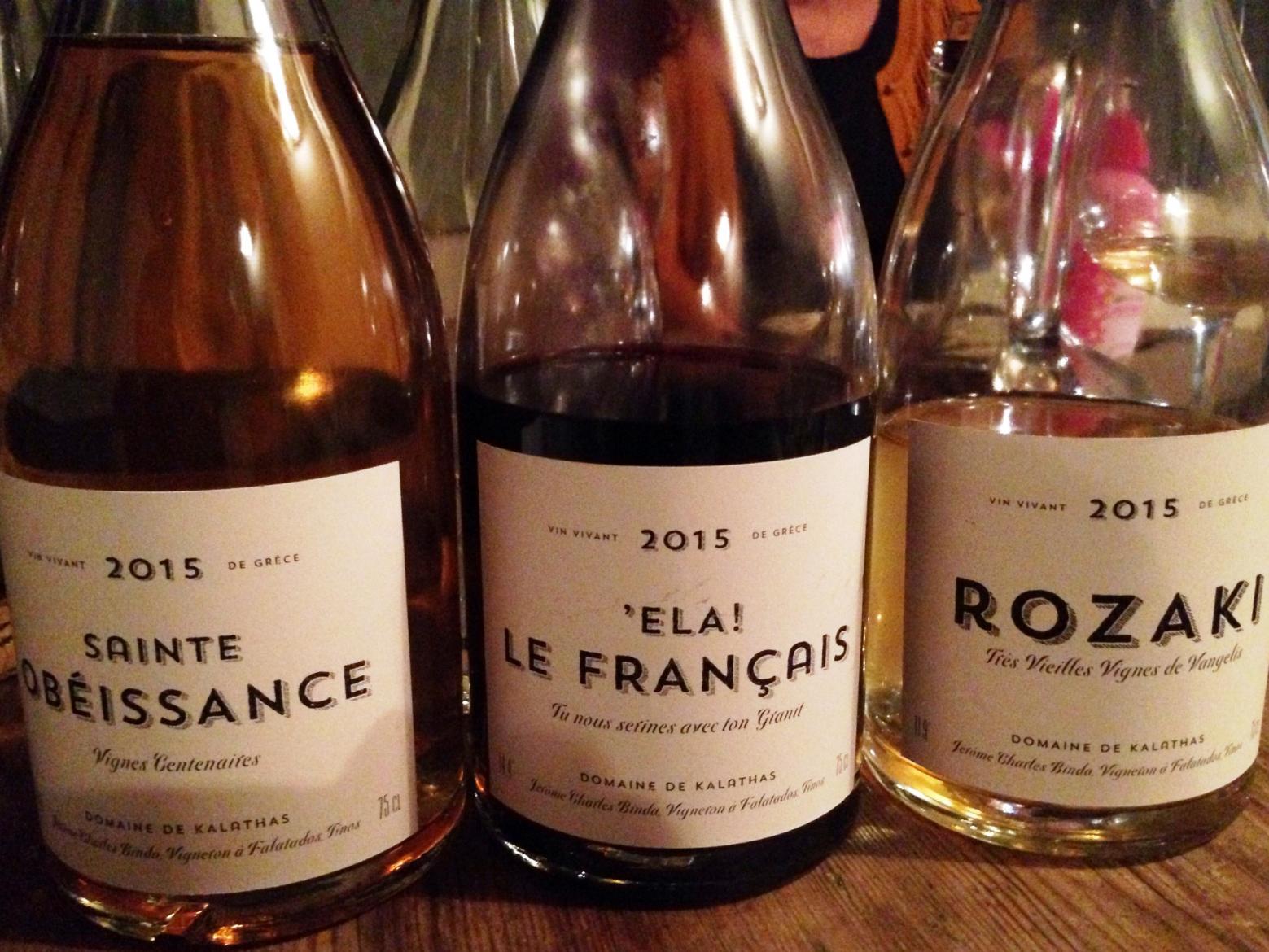 In Emerging Greek Terroirs I discussed Falatados in Tinos island describing the rocky landscape and the unique energy of the place. Archives indicate that cultivation existed there since the archaic era while more recently there was declaration of vine cultivation in Falatados dating back to the late 19th century. T-Oinos winery has been noted as the game changer in the island founding in 2002 a garage winery and producing wines of purity and precision. Fresh blood is following making the island a new wine destination.

First there is Jerome Binda who I call #ThatCrazyFrenchMan that has invested the last 5 years of his life in creating something unique and extraordinary in Kalathas, just few kilometres from Falatados. His work in progress is Domaine de Kalathas, has no web page, no Facebook and no Τwitter account. He has though an Instagram account and I bet he uses a phone as well. Second is Volacus winery also in Falatados who is producing so far a lovely Malagousia and plans to produce an Assyrtiko for vintage 2016 as well.

On the way from Chora to Kalathas, Binda talks about his past - every man needs to have a past - like every sinner has a future. For fifteen years he has been working as a graphic designer and antiquer arriving in Tinos in 2001. '''It is like I found my roots here. The island is a paradise and the place that I married my wife as well'' he speaks with warmth. Travelling around the world he made another stop in Japan where he started thinking of doing something with the land. He then settled for good in Tinos in 2011, made a brief move with essential oils before he was eventually infected with the wine bug.

Kalathas is four kilometres inland of Falatados and is there that Binda bought some vineyards. ''I own a lot to Thomas and Jason Ligas that helped me without asking anything'' he confesses. I ask him about his wine philosophy or if he has a wine manifest. ''I like the vigneron idea and I also like authentic wine even with some defects. I function with intuition, believing that one needs to learn from his own mistakes. So I go a lot with my heart, I use a little bit of SO2 like 15 mg total and I experiment a lot''. And how easy is for a French guy to find balance in Tinos is a natural next question. ''I have great respect for all the work that has been taken place here, I want to try to do something for wine and add to quality if I can'' he continues.

Binda bottled few bottles from vintage 2015 planning to double production in 2016. From the 10 hectares owned he has planted so far close to 0.6 investing in an intriguing combination of Assyrtiko and Mandilaria (which he brought from Santorini), native to the island Aspro Potamisi and Koumariano but has also a little bit of Syrah that he proudly comments that is Petite Serine a rare local clone of Syrah. He talks also about his attempt to vinify Rozaki which is a table grape. ''Rozaki is not a bad grape, with a good vigneron it can be transformed. I believe in transformation of a grape like the one in man and I hope that I can do something for my family, for the environment and me at the end'' he voices.

This first attempt shows a fresh breath of air producing unexpected, textural wines with character. Labels are fantastic and concept creates big expectations for the future. 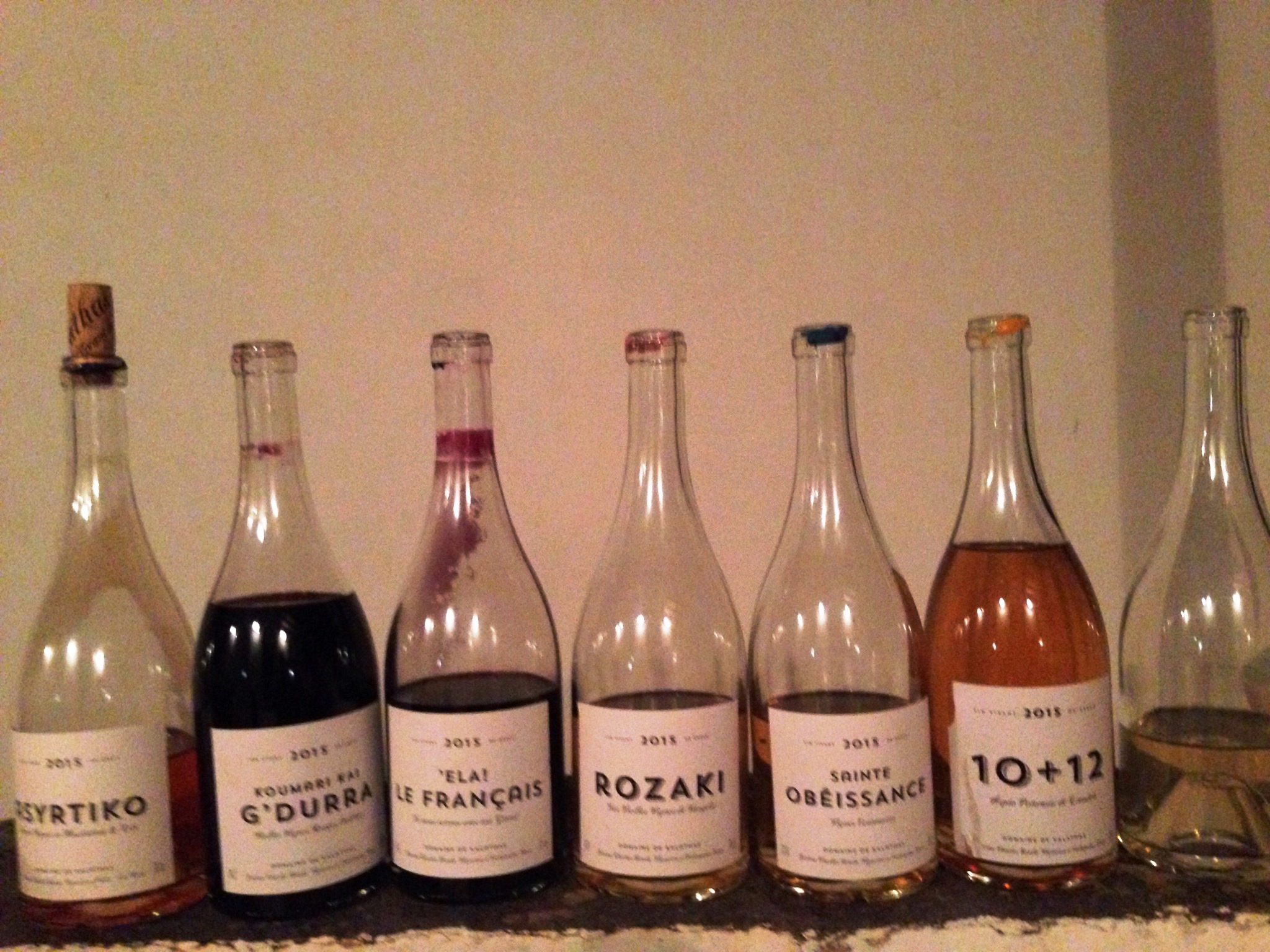 This Assyrtiko (written with one s on the label) has seen three weeks of skin contact and offers a lot of pleasure and excitement. Lovely combination of orange zest and minerals combined with a taut structure. A vin gourmand indeed with a tannic backbone. 91+

Intriguing blend of undervalued Aspro Potamisi 78% and Rozaki 22%, the latter mostly used as an edible grape. Hand-harvested from centenary and old traditional "crawling" vines at a max altitude of 350  m this was fermented very naturally. Very little sulphites added at the end of alcoholic fermentation (total SO2 14 mg/lt). Citrus and raspberries on the nose followed by a structured palate. Textural. 90

100% Aspro Potamisi, an underrated Greek variety that may produce some exciting results. Lots of apricot on the nose with real intensity on the palate. Slightly vegetal with a tannic grip at the end. 90

Another textural wine from Binda. This one has stayed on the lees for 8 months. Nose is expressive and ripe with pear hints and lemon blossom. Supple on the palate and slightly oily. 12.1 mg/lt total SO2. 89

Rozaki 100% hand-harvested from centenary traditional "crawling" vines at an altitude of 300m in Kalathas. Indigenous yeasts, lees, no filtering, no fining and very little sulphites added at the end of alcoholic fermentation (total SO2 is 13.2 mg/lt). More forward compared to Vorias (Rozaki sur lies), slightly tannic and fresher yet still oily. 89 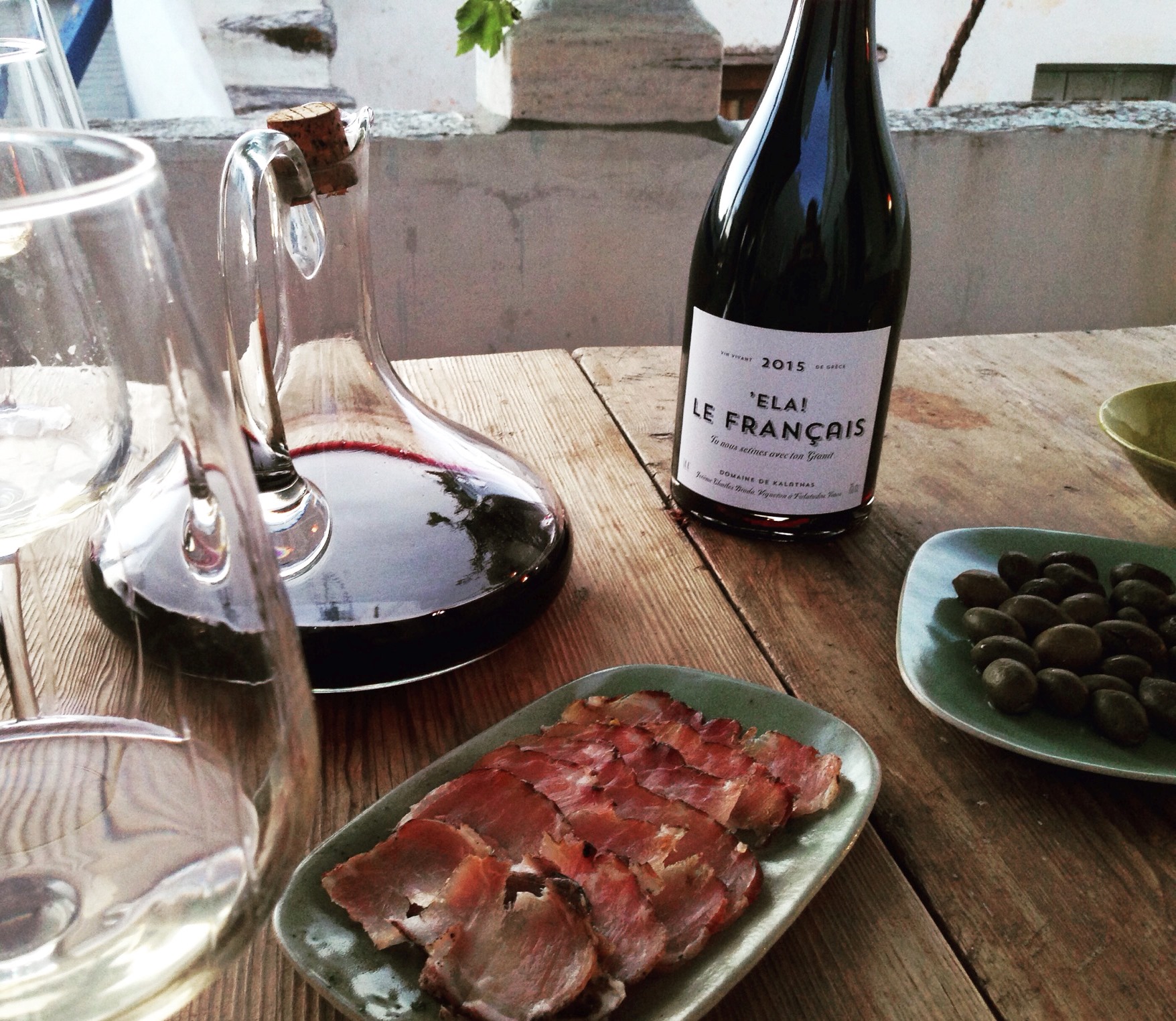 There are also three reds, one Syrah and two blends of indigenous varieties.

From three year-old vines, hand-harvested at an altitude of 300 to 375 m this is 100% Syrah. Jerom Binda proudly comments that it is own rooted Serine (old and special Syrah clone) brought from Jean-Michel Stephan in Cornas. Gentle semi-carbonic cold maceration at 18°C, indigenous yeasts, lees, no filtering, no fining and extremely little sulphites added at the end of alcoholic fermentation.  Very sweet fruit, nice peppery freshness and intriguing mid- palate. 91

The other two wines, A quatre sur l'echelles (blend of local four varieties Mavro Potamisi, Koumariano, Mandilaria and Mavrotragano) and Koumari kai G'durra (Vieilles Vignes Rouges Oubliées) which is Koumariano 65% and Kondoura 35% deliver a strong core of quality fruit but are quite tannic at that stage needing further oak maturation to be assessed properly. 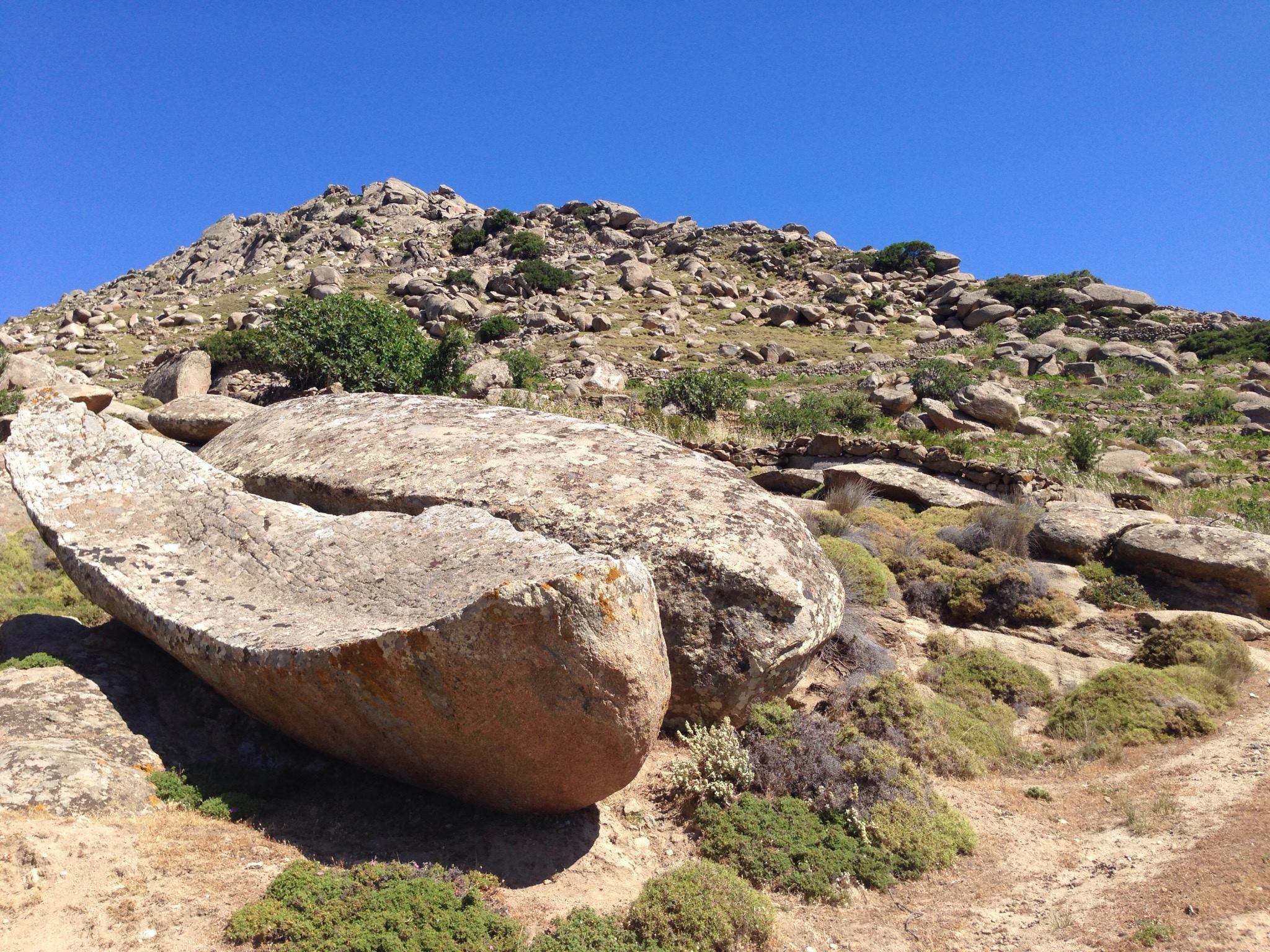 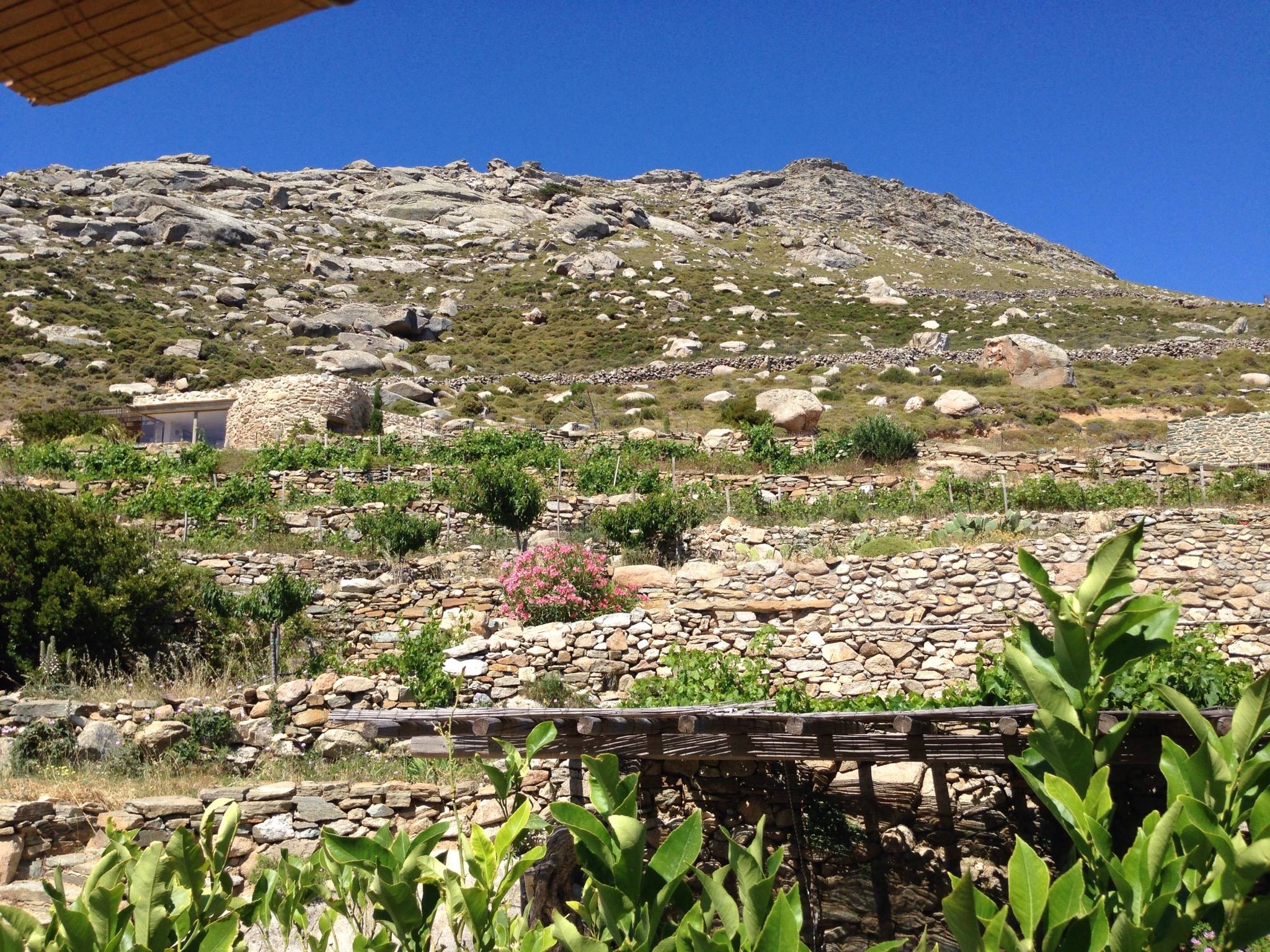 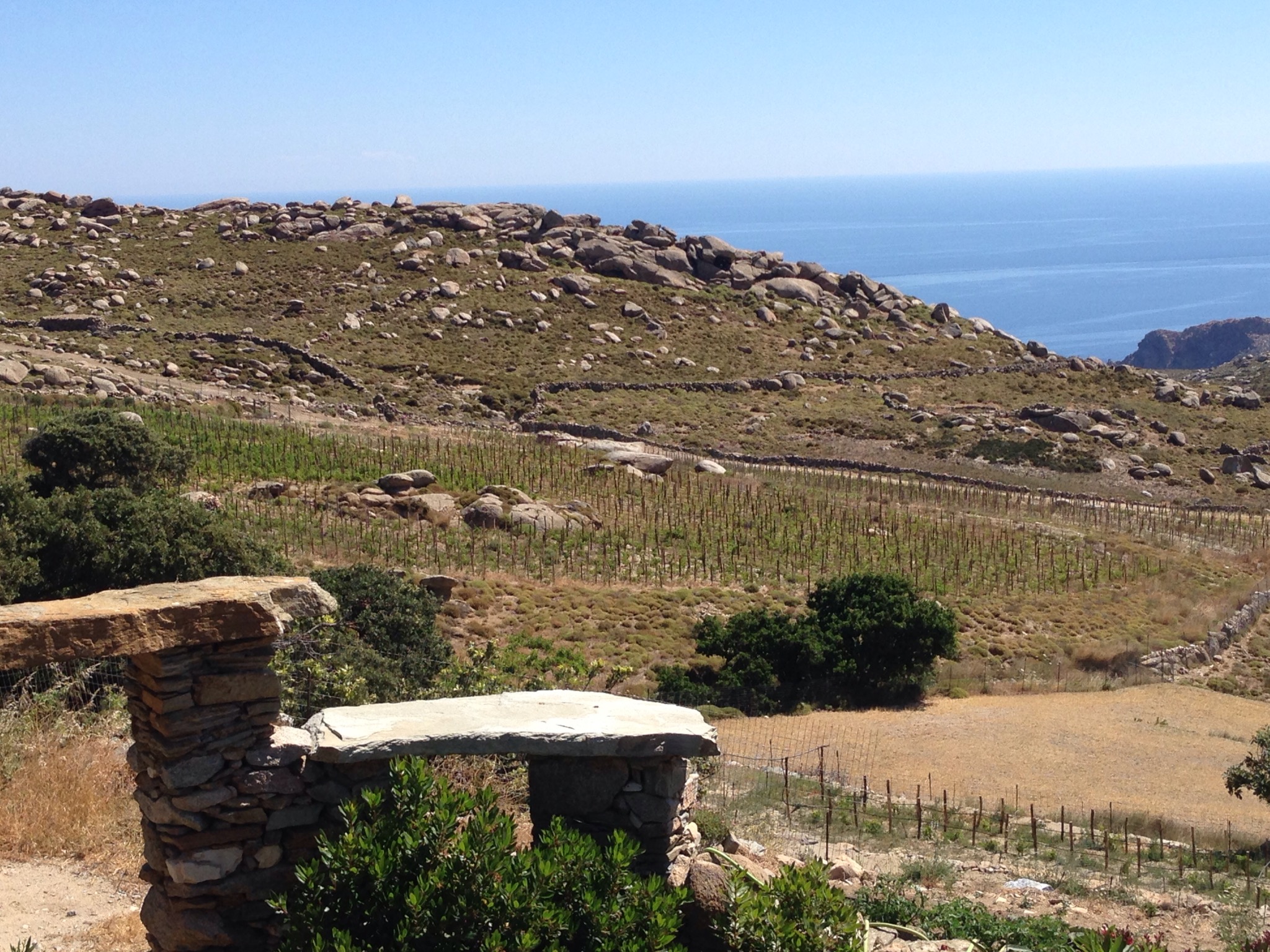 Tweet
Comments
Submitted on 06/01/2019 - 23:55 by Martin M.
My wife and I dared to try to find the winery of "the crazy French" on Tinos and visit. Found it and was amazed. However could not buy the wine there but bought the Obéissance at the Bio-Logos store near Tinos town. Also, at the Thalassaki restaurant they served it. Well, one word: "Beyond" ‒ never had a wine like this!! Thank you, all the Bindas for your contribution to humanity.
Post your comment