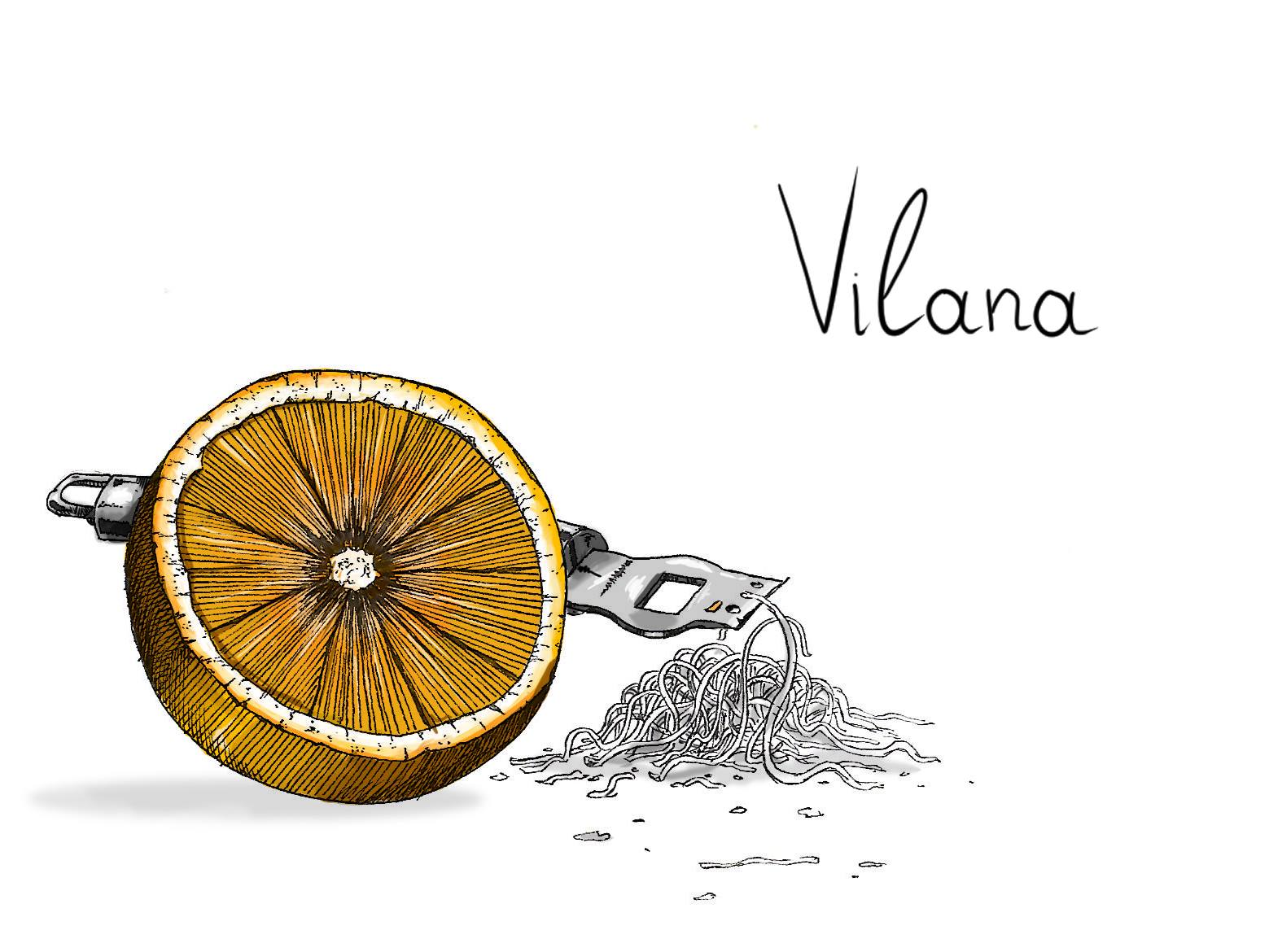 The naturally high-yielding Vilana covers approximately 300 ha. It continues to hold its position as queen of the whites, although the rise of Vidiano is seriously challenging this. It is considered the primary pillar of the Cretan vineyard and is produced almost throughout the island. It is on its best manners when grown at elevation and on slopes with good drainage. This helps retain a subtle freshness, which balances the relatively high alcohol.

It has mainly been explored in an unoaked style, either blended or as a single varietal. Still, there have been some new efforts with barrel maturation or a single-vineyard approach.

It usually expresses a medium intensity aroma of orange or lemon zest, pears, peaches, melon, and floral notes. It can produce some thought-provoking wines that can age. However, most are destined for early consumption, as it is a variety prone to oxidation.

Vilana is another Cretan variety possibly cultivated for many centuries in eastern Crete. Professor Vassilis Logothetis mentions (1975) that its name derives from the Latin word villanus, which means rustic. It probably belongs to the varieties that once participated in the famous Malvasia wine blend.

Vilana is genetically close to Vidiano and to another variety from Achaia in the Peloponnese that is no longer cultivated. It is both vigorous and productive, sensitive to mildews and botrytis when humidity increases.
So far, Vilana shows high clonal diversity with five biotypes under research. Older vines are bush-trained, whereas younger vines are wire-trained. It buds in late March, flowers in mid-May and ripens from the third week of August.

Heraklion and Sitia are its two main terroirs, but the broader Heraklion region predominates. In Peza of Heraklion, it is vinified as a single varietal. In Sitia, it is part of a blend with Thrapsathiri (30%), which boosts its aromatic intensity. Both areas are PDO designated. Chandakas-Candia includes a broader area of Heraklion, and holds a separate PDO. Vilana should comprise a minimum of 85% of a blend.

Peza PDO: elevation starts at 300 metres and reaches up to 600 metres. The mountains in the centre of the island protect the vineyards from the warm south winds, which can cause problems to the vine growing cycle. Simultaneously, the chilly north winds (absence of mountains on the north side) help moderate the summer temperatures. The region's climate is the typical Mediterranean climate, with an average annual rainfall of 650 mm. The soil includes a high percentage of limestone.

Favourable areas for Vilana are around Houdetsi, Panorama and Stirona.

Sitia PDO: is mainly a semi-mountainous and mountainous area with the main spread of vines between 300 and 700 metres. The soils show vast diversity due to their mixing by the pressures created by the tension of the European and Asian tectonic plates exerted during different geological periods. They differ significantly even at small distances from each other; phyllite, a metamorphic rock created from slate, on the mountain masses, versus clay and sand on the plateaux.

The region's climate is the Mediterranean, with a typical mild and wet winter and snowfall mainly limited to mountainous areas. The average temperature in the summer months is 25.5°C, whereas the maximum temperature is recorded in July and the minimum in January. The average rainfall is approximately 600 mm, and its distribution is from October to April. In Sitia, Vilana complements Thrapsathiri, adding tension and freshness to the Sitia PDO blend established in the late 1990s. It must be 30% of the blend. It is a successful blend as it also gives an extra grassy element to the nose. Moreover, old Vilana vines behave like an Assyrtiko; expressive of minerality and higher acidity.

Chandakas-Candia PDO: a broader area of Heraklion, in which Vilana should comprise a minimum of 85% of the blend.

Vilana can vary from classically Greek, lemony and crisp, to full-bodied and creamy, echoing a ripe Chardonnay.

Classic fruity/mineral: fruity and classic from the lowlands versus the more restrained and structured from vineyards up to 600 m elevation

Creamy: achieved by barrel fermentation that gives fuller wines with improved ageing potential. Increasingly a part of oak maturation is seen, usually for some months. Large older oak vessels are preferred, with a shorter maturation period

Blends: with other Cretan and international varieties, especially aromatic and semi-aromatic varieties, such as Thrapsathiri, Malvasia or Muscat, to boost intensity

As a rule, these wines show their best during the first 3–4 years following the harvest, gaining more layers on the palate and integrating all structural elements with time. Top wines from the best vintages can reach even a decade of life.

Vilana wines or classic Cretan white blends based on Vilana: Try it with seafood or pasta with vegetable sauces, like with zucchini and fresh tomatoes, topped with fresh mozzarella or Cretan graviera. 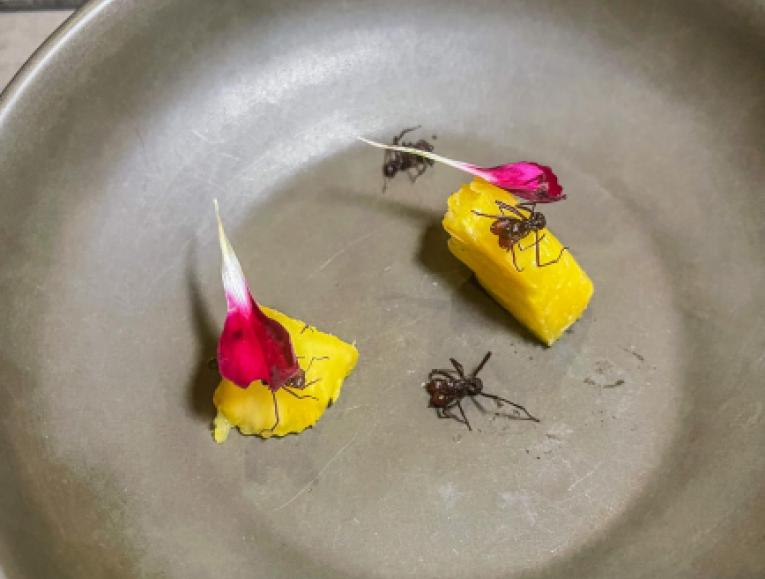 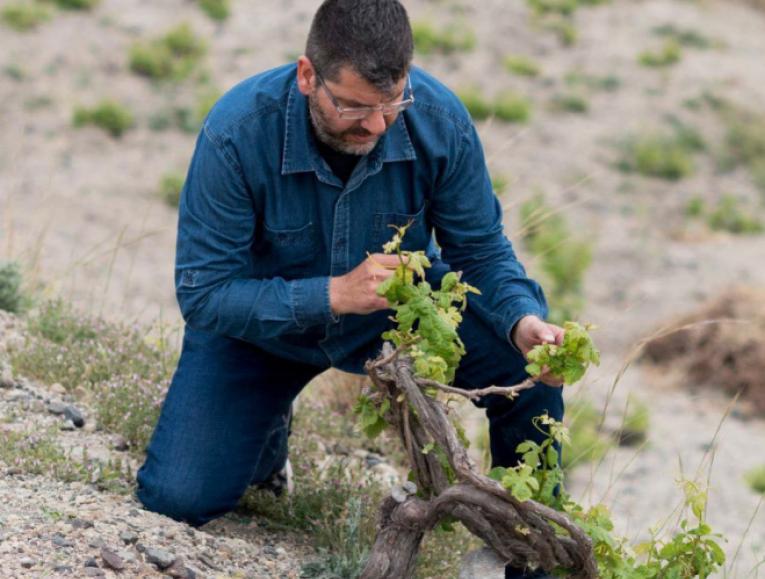