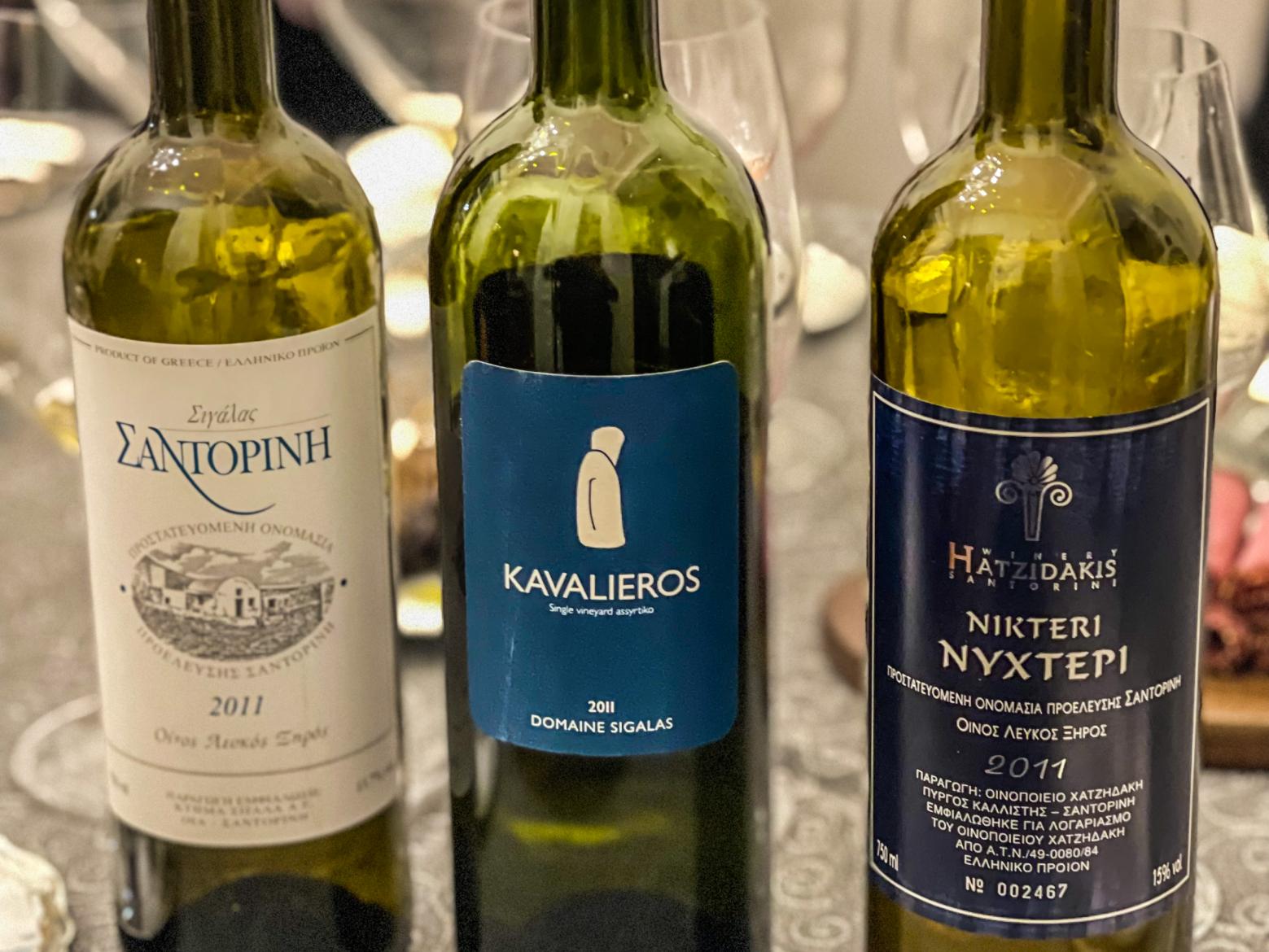 I had recently the opportunity to taste eight wines, to be more precise, eight aged Santorini wines, the youngest of which was six years from harvest and the oldest at ten years. Bearing in mind the last extensive tasting of Santorini wines (read How Santorini Ages: The Oxidation Game), I admit I had my reservations. Our conclusions last time recorded a ten-year window; this was based on the wines tried three years ago that had seen no oak maturation and on the fact that the older a bottle, the more the chance of bottle variation and thus, the more the risk. The wines were all tasted blind (except for the first wine), and the wineries whose wines were to be tasted were not initially revealed to me. The first flight had wines as far back as the vintage of 2012, and the second included three wines from 2011, an excellent vintage for the island as described in my book The Wines of Santorini. I think it sounds intriguing. So, let's see what happened.

A spherical Santorini drinking beautifully now with excellent balance between the sweet fruit and the lovely acidity. At its best. +3-5 years (YK)

The Vassaltis barrel Santorini was in great shape and well-integrated into the concentrated fruit. One wonders why this wine hasn't been promoted as much as the winery's other wines. +5 years (YK)

One of the best wines from the particular flight, with the oak smartly integrated and with a long finish—a synopsis of the Santorini terroir with citrus fruit, minerals and saltiness. As with Vassaltis Barrel, the Karamolegos Nykeri is another unsung wine deserving more recognition. +8 years. (YK)

This was a modest moment of the Cuvée 15, and this I can say with certainty as I have often had much better versions. This particular time it was on its way down. (Y)

Youthful in its colour as if it were a wine five years old. I wondered out loud about who the winemaker is, and I was proven right. Beautiful spice sitting like the lightest cloud over the concentrated fruit, perfect balance and great complexity in its flavour levels. Why is this wine not made any more? +10 years (YK*)

A catch me if you can situation for the first premium Santorini of the island. I still think of this wine, the layers, the lingering finish, the feelings it provoked ... and have its taste on my palate. Bravo! +10 years (YK*)

Almost invisible oak that the fruit had utterly absorbed. It was the sweetness of the fruit, presence of honey and nutty notes that screamed this was a Nykteri. +5 years (YK)

In conclusion, the wines showed remarkable ageing potential, both for the tank and the oak-aged versions. It would be tempting to re-taste them when they are at 15 or 20 years from the vintage to be more accurate in our predictions, but I suspect that the better examples will not have a problem reaching the 20-year limit or exceeding it. It is also worth looking at oak ageing again, depending on how each winery wants to handle its releases to the market. It is quite interesting that one of the most complete wines was the new oak fermented 2012, which is not in production anymore.....Just saying. 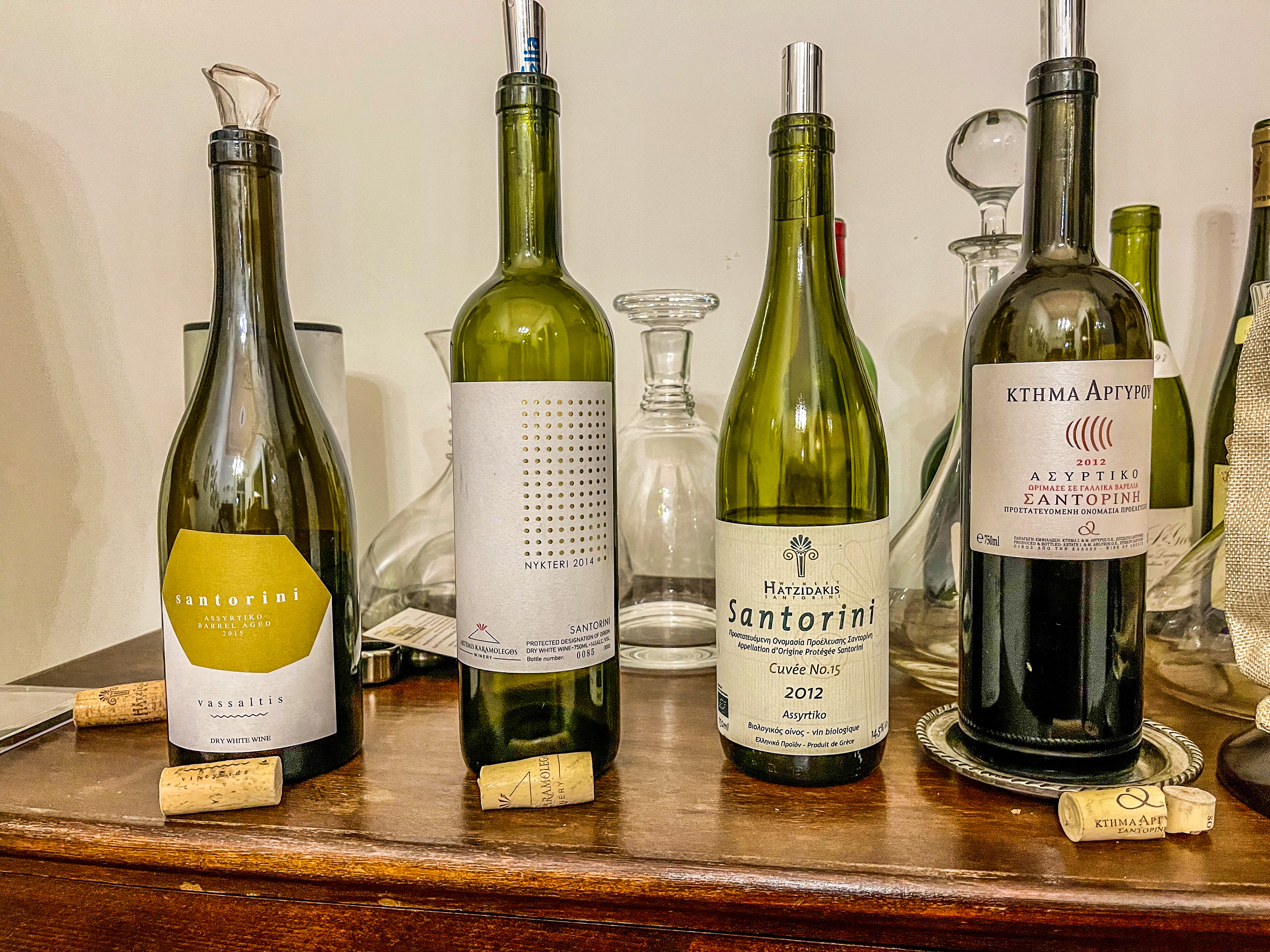 Tweet
Comments
Submitted on 04/08/2022 - 19:02 by Joe W
Thank you Yiannis - you are doing a great service to the public and the makers - there is not nearly enough coverage of these wines. Excellent report
Submitted on 04/08/2022 - 13:45 by Tim Clarke
Great tasting notes. If I can hazard a guess as to why the Argyros 'oak fermented' isn't made any more, it may be that it just wasn't popular when young. I remember putting on a Greek tasting about 10 or 11 years ago and no-one liked it or could see the point of what seemed to be excessive oak. The unoaked versions (Sigalas & Argyros) were universally loved.
Post your comment