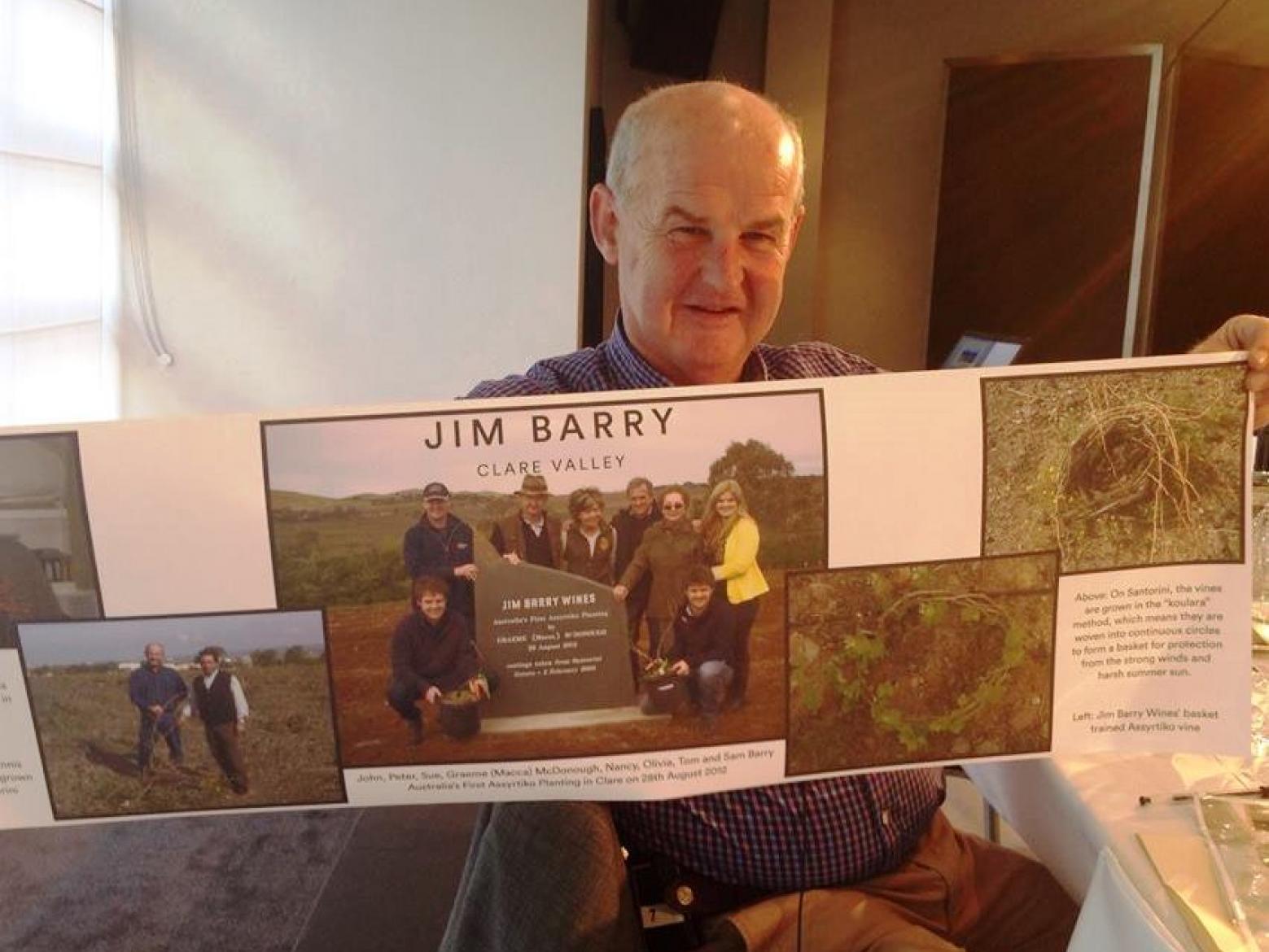 The Jim Barry affair: I have seen the future and it is Greek wine

As promised in Greek wine in Australia I am back with the Jim Barry affair with Greek wine, a project that came into light for Peter Barry when he visited Santorini few years ago.

''It has been a long journey from Santorini to Clare valley'' Peter Barry admits in the Assyrtiko Masterclass which we presented together in Sydney and Melbourne during the Wines of Greece promotional events.

''I tasted the variety in Santorini in 2006 and thought it was special and I had nothing to lose if I took Assyrtiko back home. I had never tasted such a flavour spectrum before and that lovely acid...'' he continues. A year later, in 2007 he visited the London Wine Fair and tasted Greek wines from thirty producers together with Konstantinos Lazarakis MW. Guess what? Assyrtiko stood out as number one!

Then, things progressed smoothly and he had to fly over to Santorini to collect fifteen cuttings from Argyros Estate which where put under quarantine conditions in Australia for almost three years. Finally, two vines made it, vines that Peter call them mother-vines. He has even planted basket vines like they are trained in Santorini and plans this year to add another 4000 to 5000 basket vines as well. First Assyrtiko vintage, that was 2014 gave 15 lts, vintage 2015 produced 2.000 lts and 2016 which is going to be the first commercial vintage 30.000 lts.

I tasted the 2015 last year and found it beautifully mineral on the palate with precision and tension. A year later it had finely developed an intense mineral character also on the nose, revealing much more complexity. A very good vintage and effort indeed. For the Assyrtiko Masterclass Peter Barry brought the 2016 vintage as a tank sample which showed firm structure and grand concentration. Not a finished wine at that point possessing however all the necessary structural elements such as pH less than 3 and TA close to 7 g/lt. 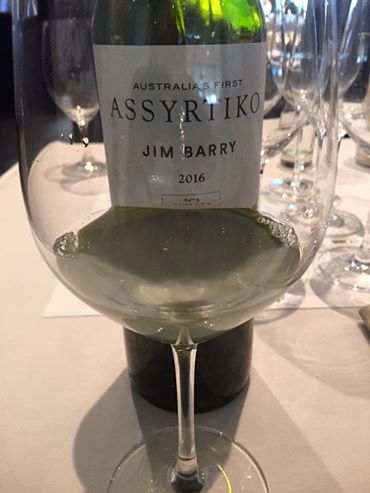 Being very passionate about Assyrtiko and why not other varieties in the future, Peter made two revelations. The first one that he would like to produce a Jim Barry Santorini Assyrtiko and sell it obviously throughout the world! And number two, since he controls the clones in Australia, he is at hand of closing a deal giving cuttings to a very reputable producer who is very determined about the variety and does not see Assyrtiko as a marketing trick. ''We share the same philosophy and this very important'' he commented.

He also talks about releasing a couple of tiers, one at 30 and another at 40 AUD retail and emphasises on that ''Respect comes with price''. That gives me the motive to add that this is exactly the way that Greek wine should be marketed and promoted. If we devalue our product how can we talk about terroir wines with character and individuality? Just asking there and I am sure that not everybody agrees, yet this is my point of view and I loved the endorsement by Peter that ‘’you shouldn’t care what you pay for Greek wine. It is worth it!’’

So it seems that Peter Barry has seen the future and is Greek wine with Assyrtiko being the main driving power. ''It performs spectacularly well in warm terroirs where it keeps acid even better than Riesling. This makes it also very important in a changing wine world because of the climate change'' he concluded.

Ι would only add that there is so much to discover beyond Assyrtiko and I rest my case! 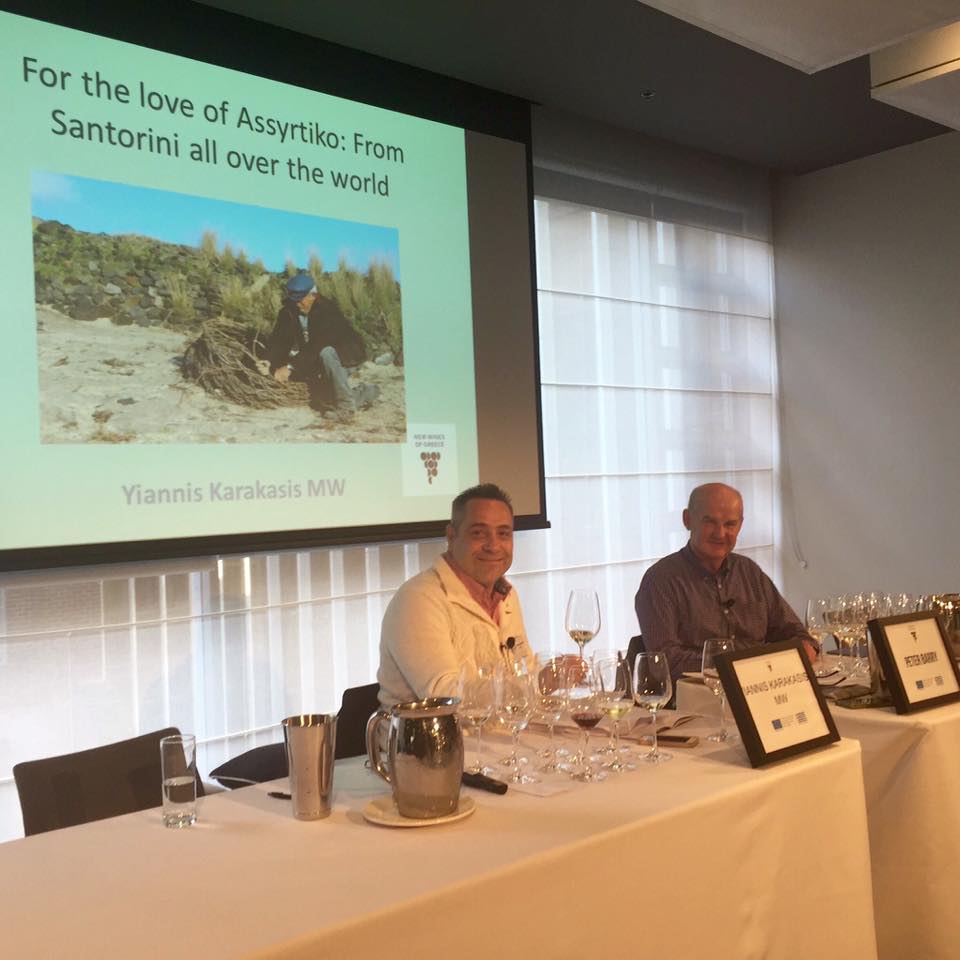 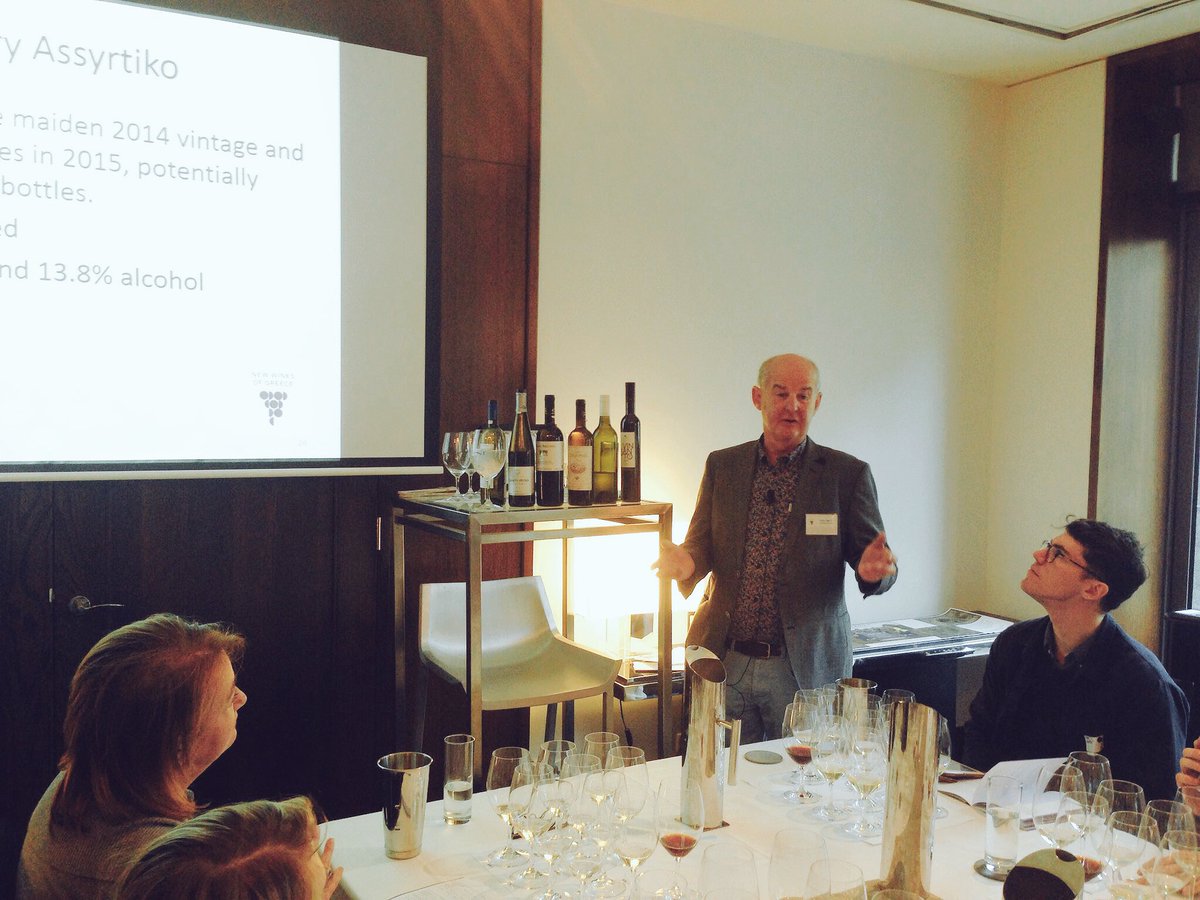 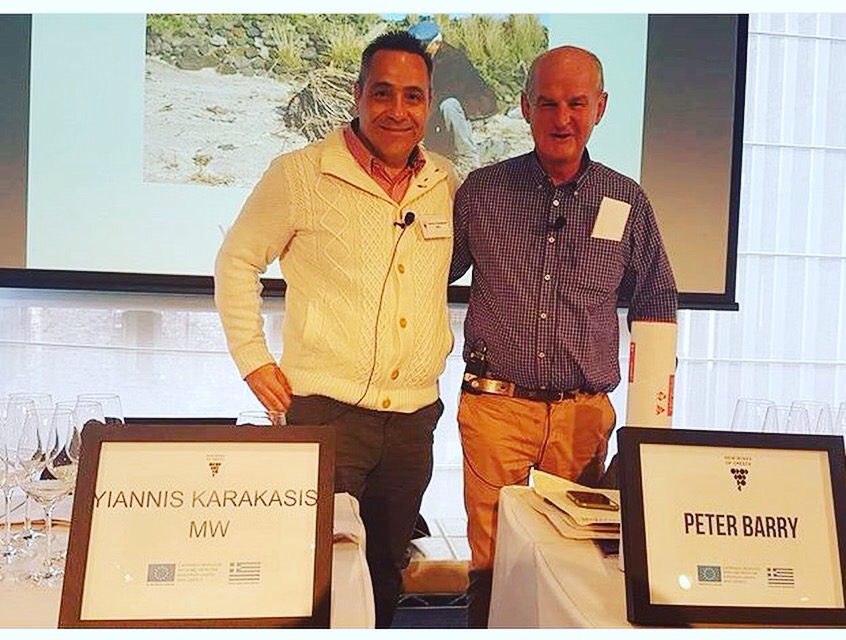