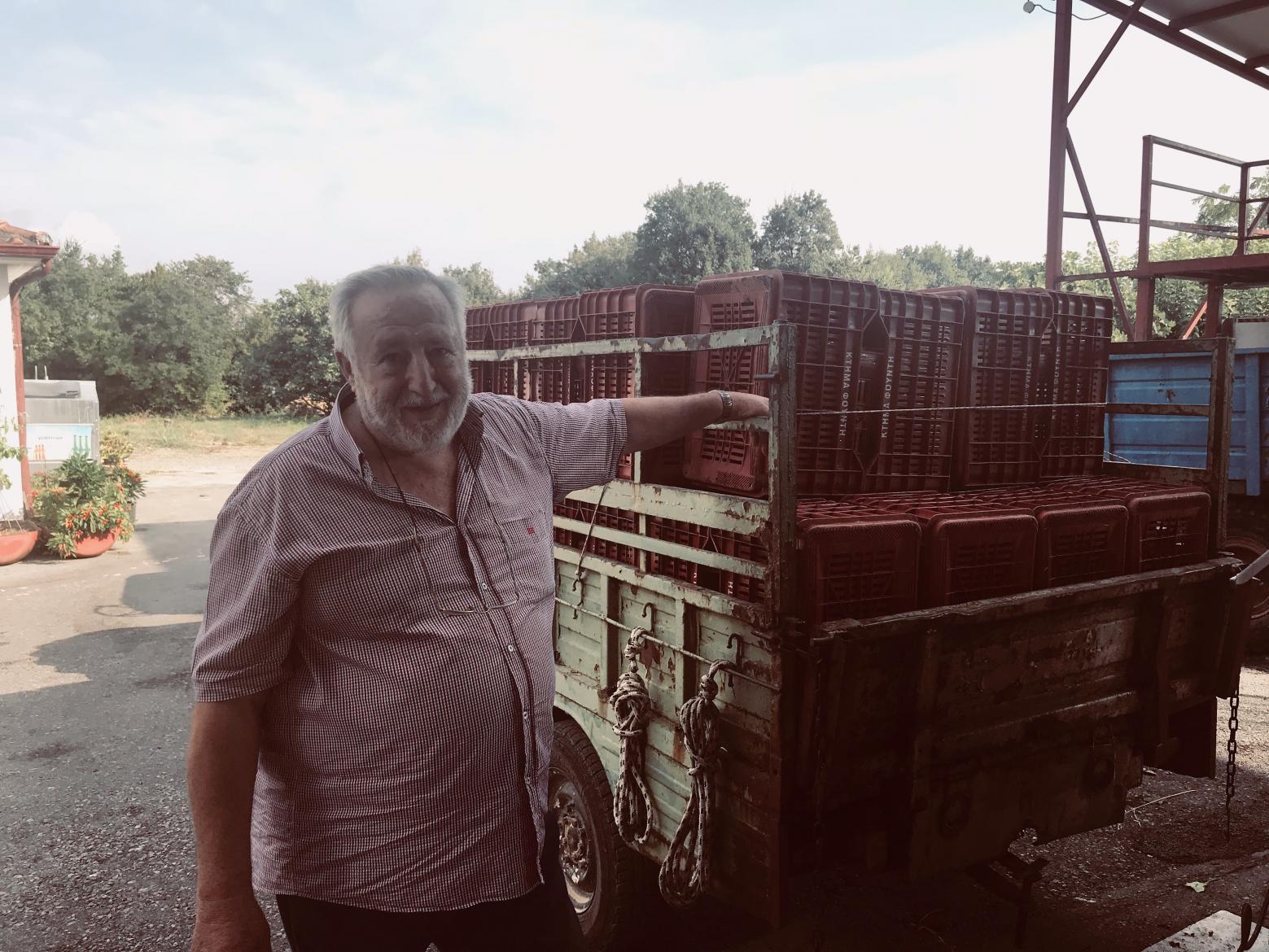 Report on Naoussa 2018: Away from the shadows

“In July I was completely disappointed with the weather conditions. I kept thinking to myself that I would not harvest at all” confesses producer Niko Foundis (pictured above), during my last visit to the region. The 2018 vintage seems to be another hard call for the producers of Naoussa and Xinomavro. It very much resembled the 2017 vintage; the vines suffered a prolonged wet period in July and a dry period in August, which, in turn, resulted in stressed vines and uneven ripening. Like Nemea, Naoussa was hit by heavy rainfall which caused mildew problems. Producer Kostis Dalamaras tells me that this was one of the longest harvests for Xinomavro; it began early September and was completed early October, for his Paliokalias vineyard. More on Dalamaras explaining the 2018 harvest in my short video here.

Viticulturist, consultant at large, and co-owner of the Argatia winery Dr.Haroula Spinthiropoulou describes the main vintage characteristics thus: “this was a very odd year, with a warm spring that encouraged early ripening. So the harvest started a week earlier than usual. The main feature of the year, however, is the uneven ripening, which is indicative of the climate change and the rising temperatures during the months of March/April. The secret to this year is to harvest selectively,” she adds. The general characteristics of the vintage include fresh acid, high pH and relatively low markers of phenols. Thus softer wines may be expected.

As most producers had predicted the possibility of an early harvest, some experimented with various techniques. Georgia Foundi of the Foundi estate, in Strantza, relates that, this year, they tried earlier pruning and de-leafing, in order to achieve ripeness at the right moment. This technique produced just 60 hl/ha and was assessed as being successful. Georgia and I tour all the plots of the Foundi vineyards, which are spread in the areas of Roundina (pictured below), Karaoutsa with sandy soils and Ramnista. It is a harvest day and I taste grapes from the different sites, in which I find lots of acid and brightness, with the Ramnista vineyard showing the most of these characteristics. 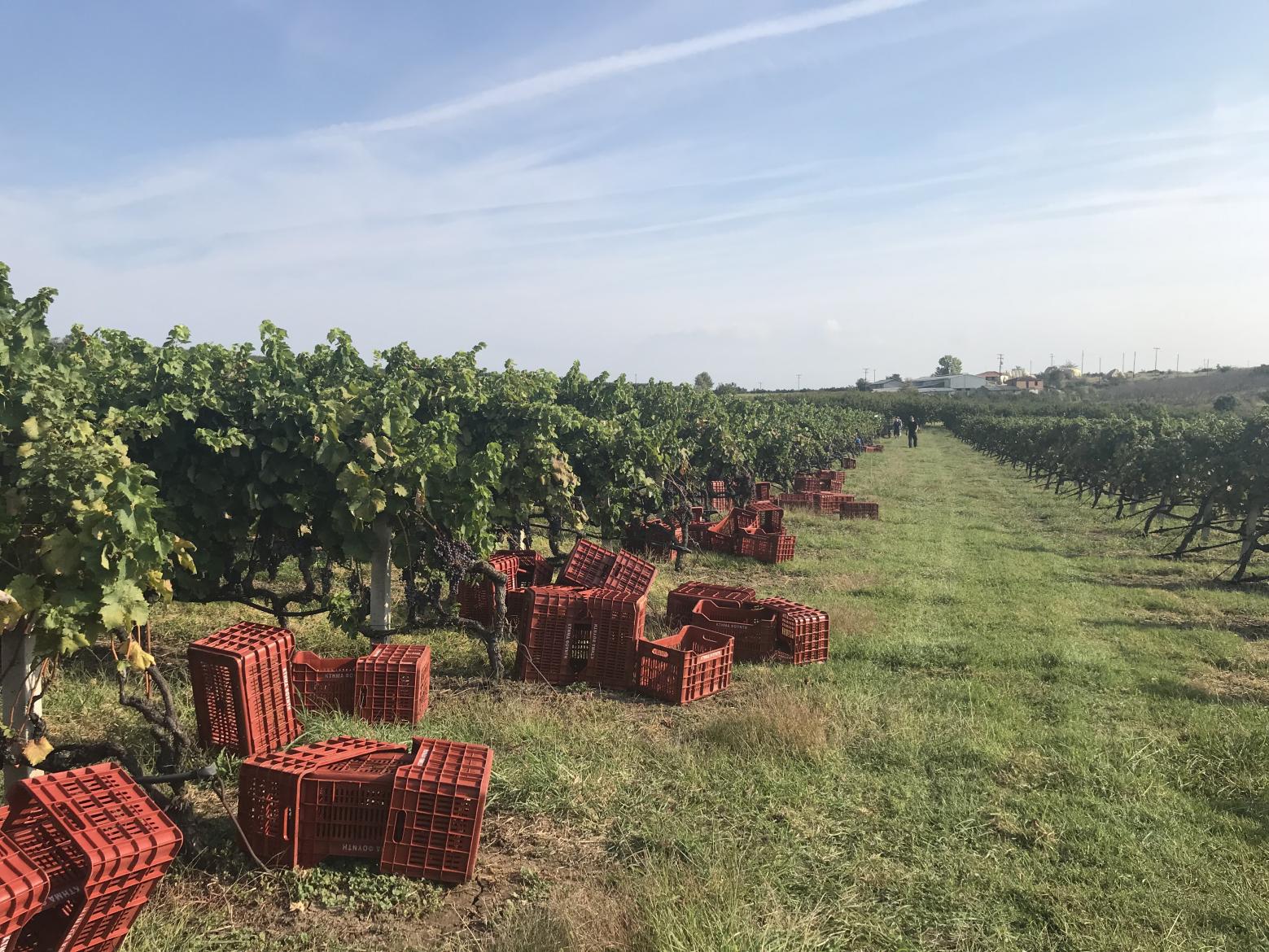 My next stop is Gastra, where Petros Karydas (pictured below)and his father are making significant effort in their personal “garden of vines”. Petros is rather unconventional; he produces a mere14.000 bottles from 3 ha of land and he seems satisfied with that! “When your business grows, you may find that your problems grow as well,” he admits, as we walk through the Xinomavro vines. “Deleafing is an art,” he continues, as he explains that he deleafs only on one side of the vines and keeps the other side intact. In Gastra the exposure is northern and this helped the vines to stay healthy. 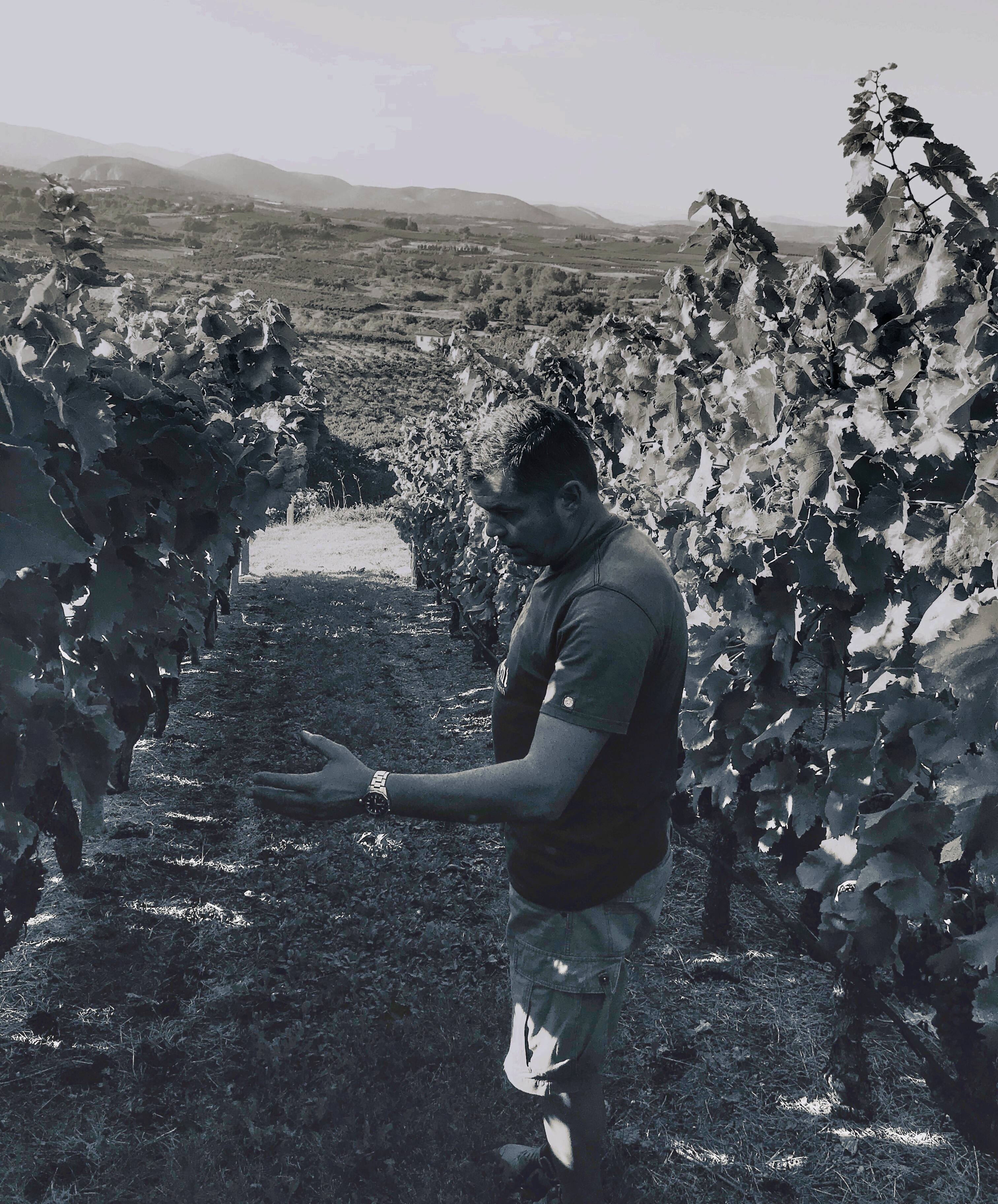 Two of my last stops are at Ktima Dalamara and Thymiopoulos Vineyards. Kostis Dalamaras talks about the difference that Trilofos plays in a blend, and praises Apostolos Thymiopoulos (pictured below) for educating the growers of Trilofos region in organics, how to prune and how to pay more attention to the vineyard. “From Gastra, and below that, we get better tannins and more phenolic ripeness” he says. Thymiopoulos adds that the grapes in the parcels of Trilofos were in good condition, and that he has higher expectations from the vines in Fitia.

(A note on the sub regions of Naoussa: Trilofos and Fitia are to the south, the former being one of the warmer terroirs, and the latter one of the coldest, due to altitude. Then, as we drive towards the north, there is Paliokalias, Gastra (the warmest), Mandemi just below and Strantza. In the north there is Ramnista, Rodochori and Polla Nera.) 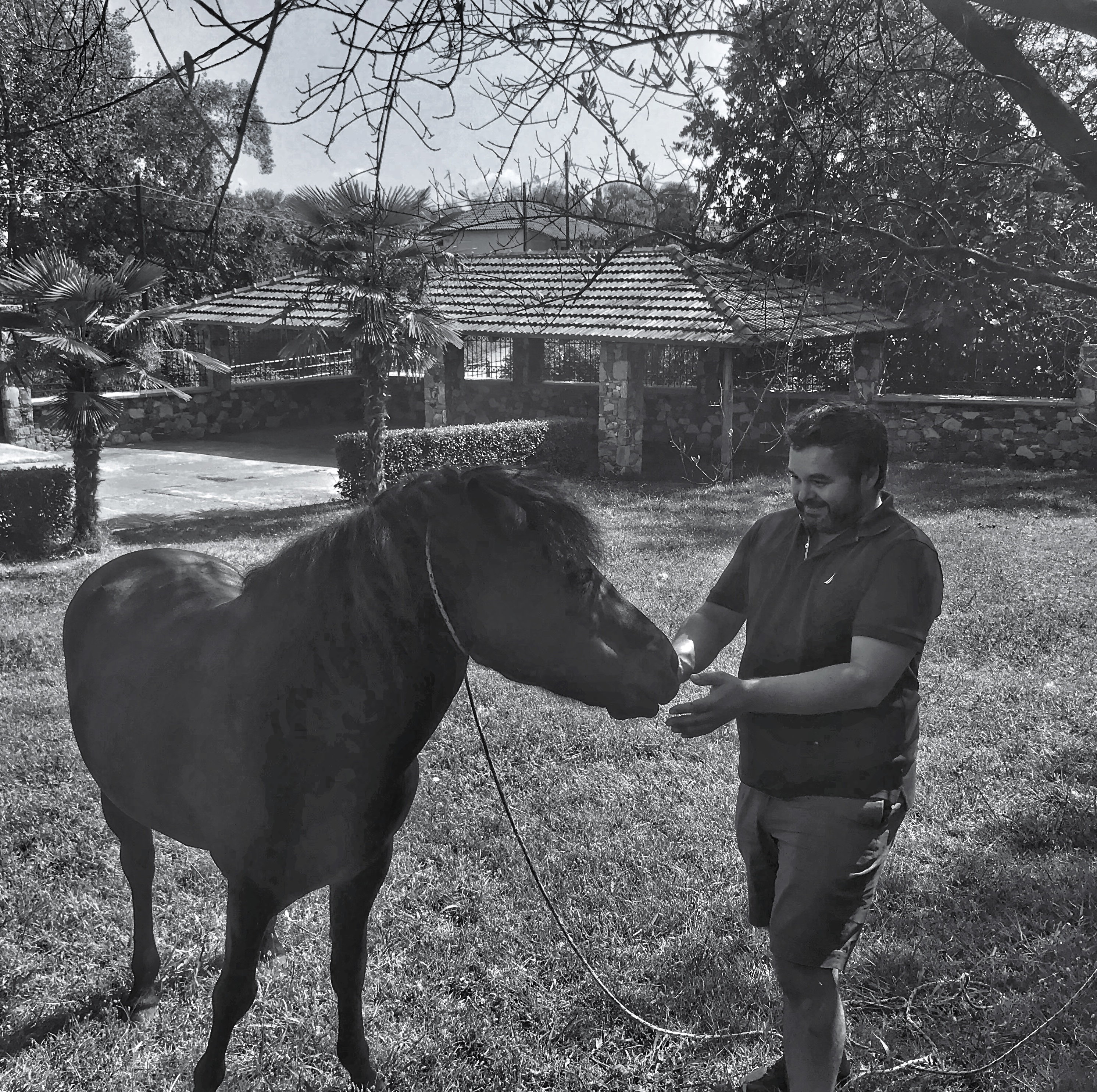 What lies in the future?

Naoussa continues to remain mostly in the shadow, and the area has shrunk to less than 300 ha under vine for Xinomavro. The slopes of Mt Vermion are impressive and well suited for viticulture, yet there are no vines planted there. “It is a pity” says Thymiopoulos, and Georgia Foundi explains that many producers invested in peach tree cultivations, which exported very well to Russia. This was the case, until the EU placed the embargo on exports towards Russia.

Her father, Niko Foundis, has just returned from the harvest. He is a very nice man, and is in the mood of talking about what is happening in the region. “The economic crisis damaged viticulture, but now there seems to be increasing interest in it; nevertheless, how can it be sustainable if producers are not allowed to plant vines?” he asks. “New plantings covered only an area of 3.8 ha last year. There are producers who have invested their lives in this work and cannot acquire extra land’’ he adds. As our discussion warms up, he tells me that the grapes and the labour they need are not respected if one considers the very low prices they fetch eg. 45 cents. Contrarily, he pays 70 cents for the grapes he buys and believes that the price should be around 80 cents for viticulturalists to be able to survive. Thymiopoulos, on the other hand, is more skeptical about whether new land permissions should be granted, and feels that there should first be an increase in the demand for the wines of the area.

The Foundis winery produces just 35.000 bottles, which demonstrates that productions in Naoussa are very small scale, with the exceptions of Vaeni, Boutari, Kir Yianni and lately Thimiopoulos. Karydas questions the viability of this business, as we tour the other side of Gastra where Melitzanis and few rows of Kir Yianni vines exist. “It is a hard job. Who can afford 12.000 euros per hectare to establish a vineyard that will not give an income for at least 3 to 4 years?” he asks. Moreover, he highlights the lack of a unified message for the wines, pointing out that: “I am now releasing the 2015 vintage, whereas other producers are releasing 2012s or even 2016s and 2017s. What message is Naoussa getting across about its wines?’’.

The producers highlight the problems of the area. Nonetheless, the major issue, for me, is the evolution of style, the refinement of tannins and experimentation both in the vineyard and the winery. I strongly believe that if this is achieved, and if the wine retains its sense of place and authenticity, things can only get better. Αnd then, Naoussa and Xinomavro will be on fire!

Will be continued on the wines of Naoussa tasted during my visit. 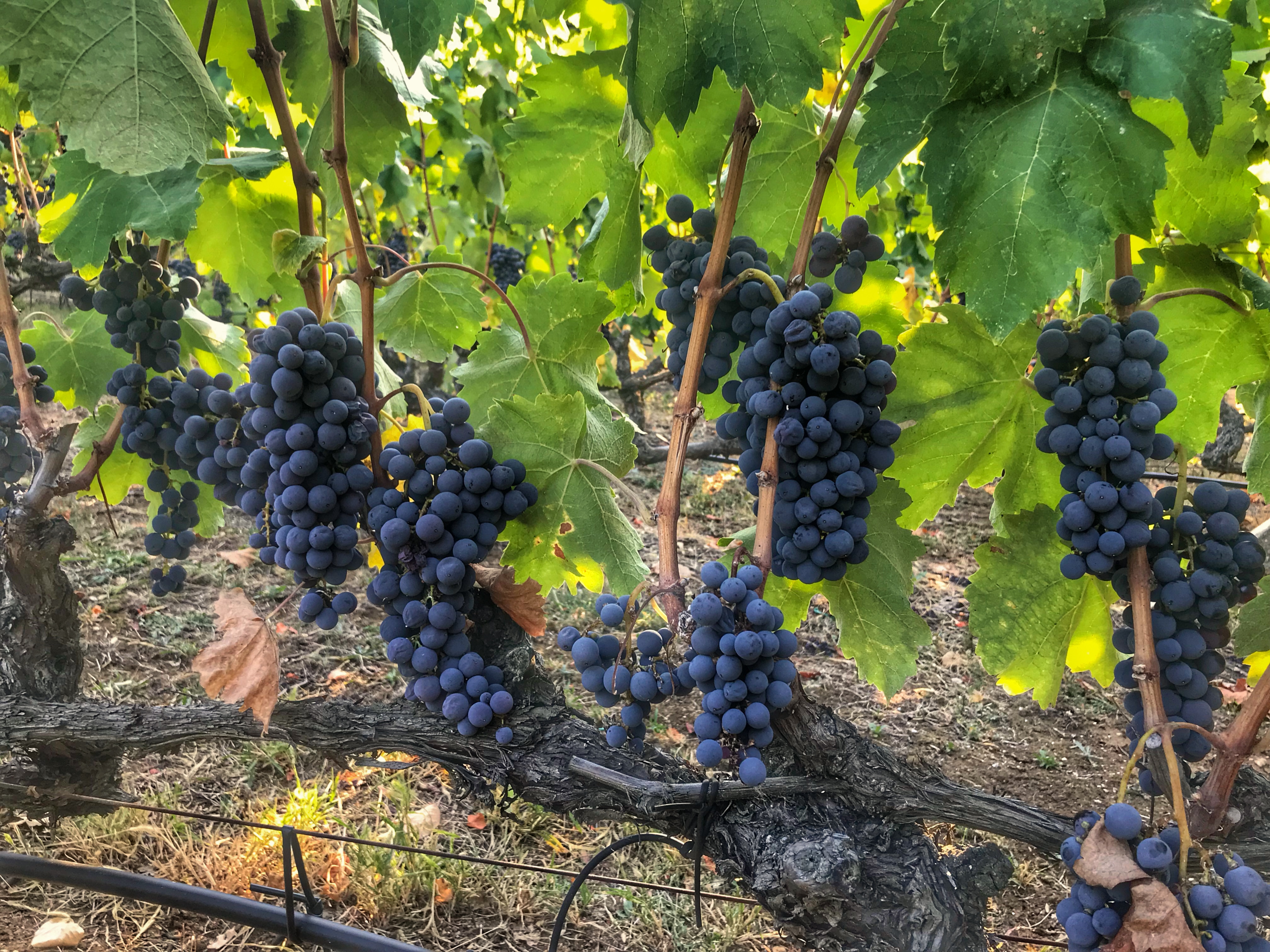