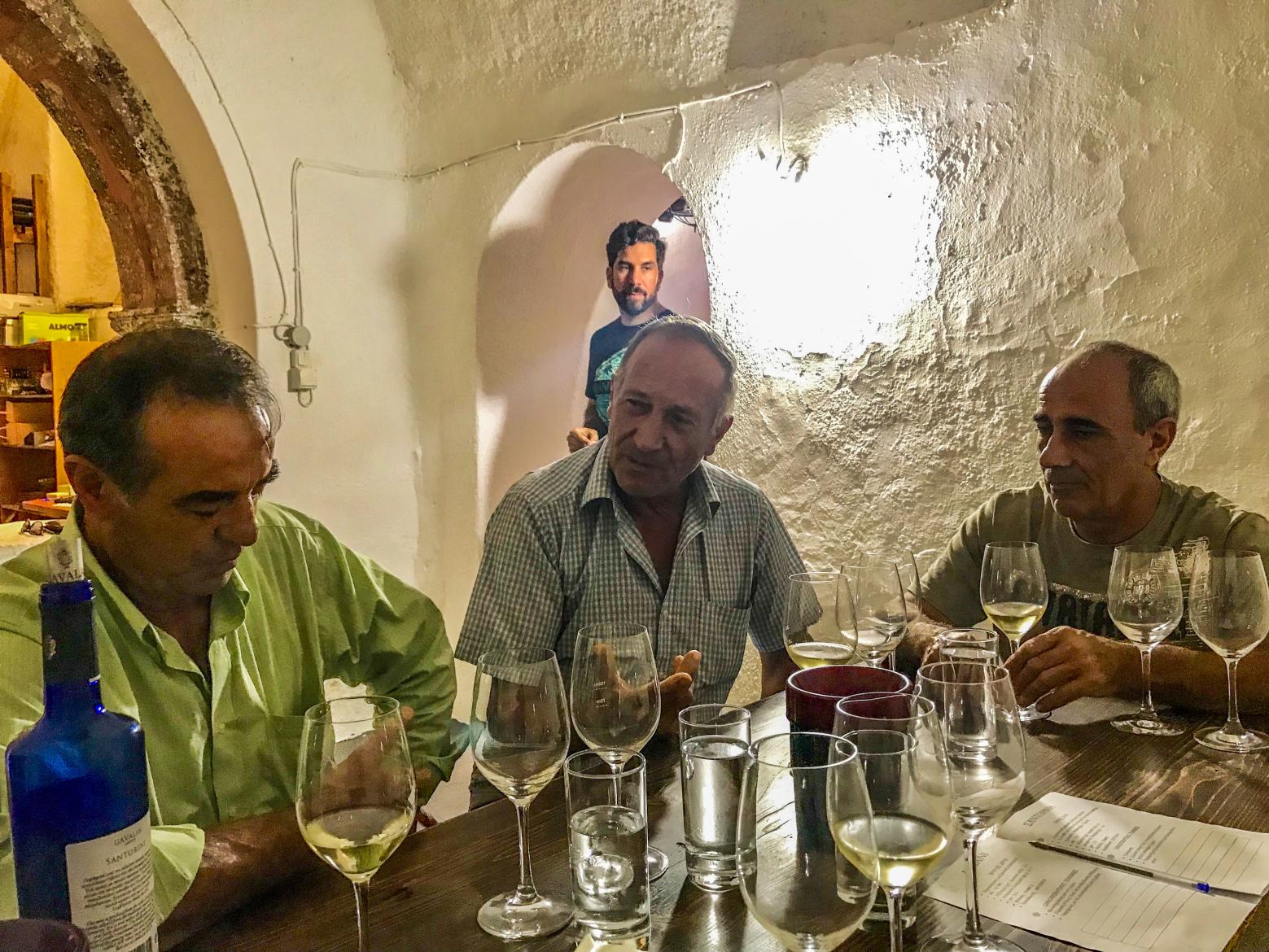 Santorini is a magical place, a combination/mixture of earth, wind and fire. A place that has risen to fame over the last two decades due to its sensational Assyrtiko wines that deliver a distinctive, mineral character. From just 6 producers in 1988, there are presently 20 who carry the torch of Greece’s most highly praised region.

Unfortunately, during the same period, the vineyard area has shrunk by more than two-thirds. The beauty of Santorini and its appeal to tourists is threatening the vineyards, as arable land is forced to compete with hotels and apartment blocks. As a result, the area under vine decreased from 4500ha (hectares) at the beginning of the
twentieth century to 1500ha in 1997 and has now stabilised at approximately 1200ha. It feels like Santorini has reached a critical point, one of much jeopardy and high risk, regarding the continuation of wine production in some of the oldest vineyards in the world. An in-depth presentation of the vineyard of Santorini, the perils it faces and its prospects, the producers and more, can be found in the updated, contemporary, digital publication Santorini Explained: Earth, Wind and Fire.

The following video arose, out of the blue, during a routine discussion in Santorini among producer George Gavalas, growers Nikolas Pelekanos and Yiannis Nomikos, Gregory Michailos and I. It is an unplugged discussion on the challenges Santorini faces and I hope it will provide food for thought.