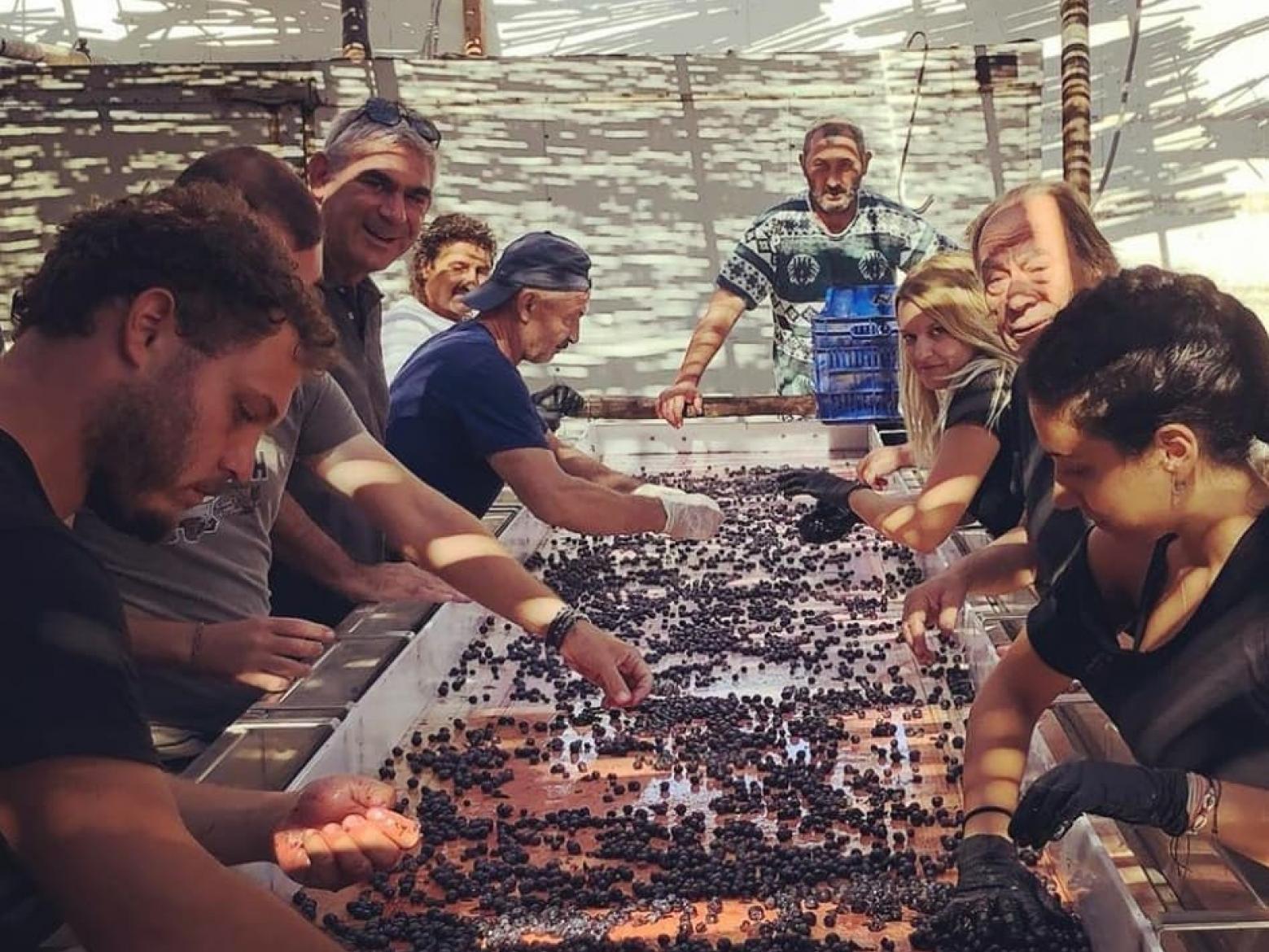 Santorini Vintage 2020: Back to normal?

In a most magical way, this year Santorini seems to be returning the fruit it deprived of its people in the 2019 vintage (a minuscule 1000 ton total production). This, at a time when it may not be entirely convenient for winemakers, as their warehouses are still stocked with the 2019 wine – if not also 2018. Nevertheless, it illustrates a return to a sense of normality, and for this reason, it can only be welcomed.

“It's a much better year than in 2019, but we should have no illusions. This predicted production of about 2500 tons this year is actually the expected annual production for the island”, says Matthew Argyros from Argyros Estate. “The year progressed normally; we had a good winter with a few showers, a mild spring without major disasters and cool summer nights”, he continues, estimating that the quality will be very high and the wines will be nice and crunchy.

Along the same lines, Giorgos Gavalas from the Gavalas Winery in Megalochori comments that “quantitatively I see a normal year close to 2200 tons. It may seem like a lot but it is just the norm of the island in recent years”. On his part, Nikos Varvarigos, oenologist for decades at the Santo Wines cooperative, talks about a total production of 2500 tons and he is optimistic about quality, given the fact that there were no heat waves or bouts of humidity.

Each year the price issue comes to the fore both for the Assyrtiko grapes (since all winemakers buy grapes and in the year 2019 prices exceeded 5 euros/kg) and for the wines. This grape price is astronomical even for the international wine market. Matthew Argyros feels that prices will compress a bit in 2020, due to Covid-19 and will be according to supply and demand. He predicts that a kilogram of grapes will be sold for about 3,5 euros. A figure he considers fair for both the winemaker and the producer/viticulturist. Stellios Boutaris from Ktima Sigala estimates a price of 3 euros for Assyrtiko, considering that “the final prices for wine will remain stable”. “We are aiming at a 10% profit for our basic labels. There is not much of a margin”, adds Argyros.

Strengthening the message of Santorini has proven rather difficult in recent years as there have been several setbacks that have not promoted uniform communication from the winemakers.
Yiannis Tselepos from Canava Chryssou-Tselepos sets the tone; the producers are worlds apart which makes it hard to include all of these differences into one single message. “But we have to work together for the benefit of the island, putting our personal interests behind, drawing inspiration from the vision of a premium Santorini. We should also be able to reach an agreement on defining regional Cycladic wine and make the framework it delimits stricter," he added.

"Those who have faith come forward" exclaims Giorgos Gavalas, who considers a collective effort necessary, while Stellios Boutaris says that there is already a charter in place and that the creation of a collective voice could only be helpful. Matthew Dimopoulos, Director of Santo Wines, considers this necessary but believes that there is still a long way to go before it is achieved.

The opinion of Paris Sigalas is always of particular interest, as he is a leading figure for the wines of Santorini. In a recent communication, he told me "We’ve got the water flowing, but we still have to overcome weaknesses that are due to both our mentality and the bad times of recent years (meaning low yields). Although I do believe that a winemakers' association will be set up, I do not feel that we are mature enough to see common interest”.

Common interest and coexistence is the key for Santorini to attain a higher level, a topic that I address in my latest digital book Santorini: Earth, Wind and Fire. With the harvest having already started (a little later compared to 2019) we have every reason to believe that this will finally be achieved.