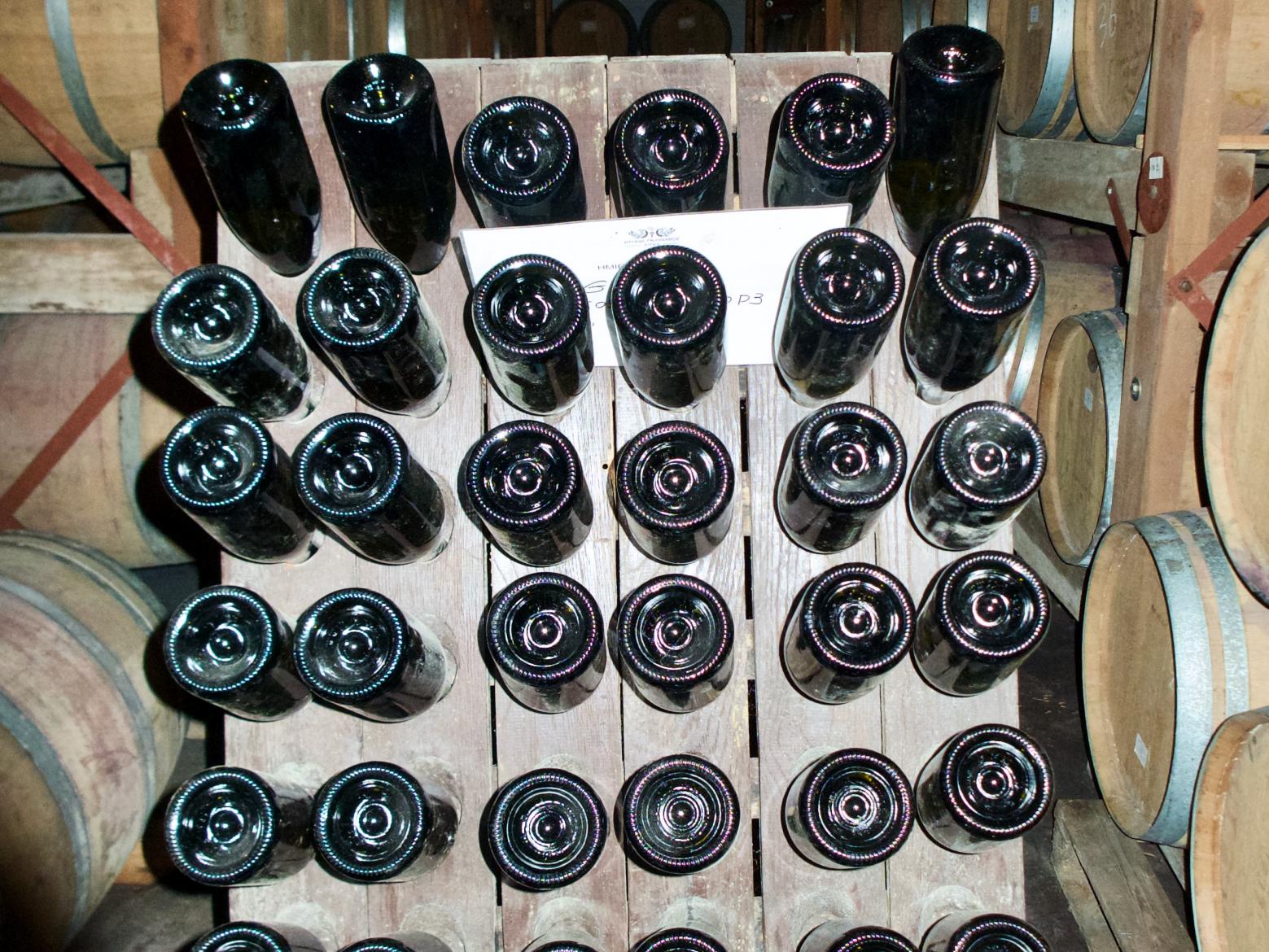 The wines of Glinavos winery

We're on our way back to Athens after our five-day visit to Zagorochoria, Epirus and I can't resist visiting a couple of wineries, one of which would have to be the Glinavos winery in Zitsa. It's an impromptu visit, because I wasn't sure we'd be able to manage it, so I hadn't called ahead.

We've been guided by the GPS on this rather wet and misty morning, and by the signs of the winery as we approach. The winery is situated on Prophet Elias hill and as we park our car outside the main gate, I gaze at the impressive building, which I am later told covers an area of 3.000 m2. There is also a separate distillery on the beautiful grounds of the winery, which, unfortunately, we did not get to see.

We are met by Konstantinos Pappas, the production manager of the estate, who very kindly and obligingly gives his unexpected guests a tour of the cellars and provides information. A young man I assume is in his mid to late thirties, obviously proud of the estate he works for, if I judge from the way he talks about it as we make our way down to the cellar. We are told Eleftherios Glinavos founded the winery in 1978 upon return from his Winemaking and Agricultural Chemistry studies in Bordeaux. Apart from winemaking he has a long history of social-political involvement, has served on the board of several societies of the viticultural industry and rallied the founding of the first school of Enology in Greece in 1985. In addition, he contributed to promoting the area's indigenous varieties, namely Debina, Vlahiko and Bekari. To the best of my knowledge, he brought Debina to attention outside the confines of Zitsa. The winery is now in the hands of his son Thomas who studied Economics in Stockholm, and is the one who upgraded machinery and developed the winery further.

The sustainable viticulture vineyard covers an area of 25 ha, both owned and contracted. The soils vary largely but could be considered mainly limestone, the climate is continental with temperatures that will never fall below -10oC or over +35oC (although in the summer of 2021 they did reach the amazing 37-38oC) and rainfall is spread throughout the year, altitudes range from 550-750 m, pruning is trellised Guyot, except for vineyards planted before 1980 that are goblet-shaped. About 400.000 bottles are produced each year, covering a wide range of styles from sparkling, semi-sparkling, still, traditional Zitsa from mainly Debina, Vlahiko and Bekari, and Cabernet Sauvignon, Syrah, Merlot, Pinot Noir, Malagousia and Traminer. The winery makes about 25 different labels.

As usual I include the tasting of two wines.

Primus Zitsa 2019: 100% Debina. Pale lemon in colour with rather low intensity aromas of pear, apple, lime peel, and chamomile. Light bodied, with freshness and not very long on the palate. A wine that has finesse, and must definitely not be too chilled to show its character.

Vlahiko 2018: A blend of the indigenous Vlahiko and Bekari varieties. Medium ruby, with aromas of cherries and blackberries, herbal, earthy with black pepper spice, and a touch of cumin lavender and cedar. Complex, with medium body and smooth tannins, much acidity, nice length, quite youthful. Interesting, different, seductive.