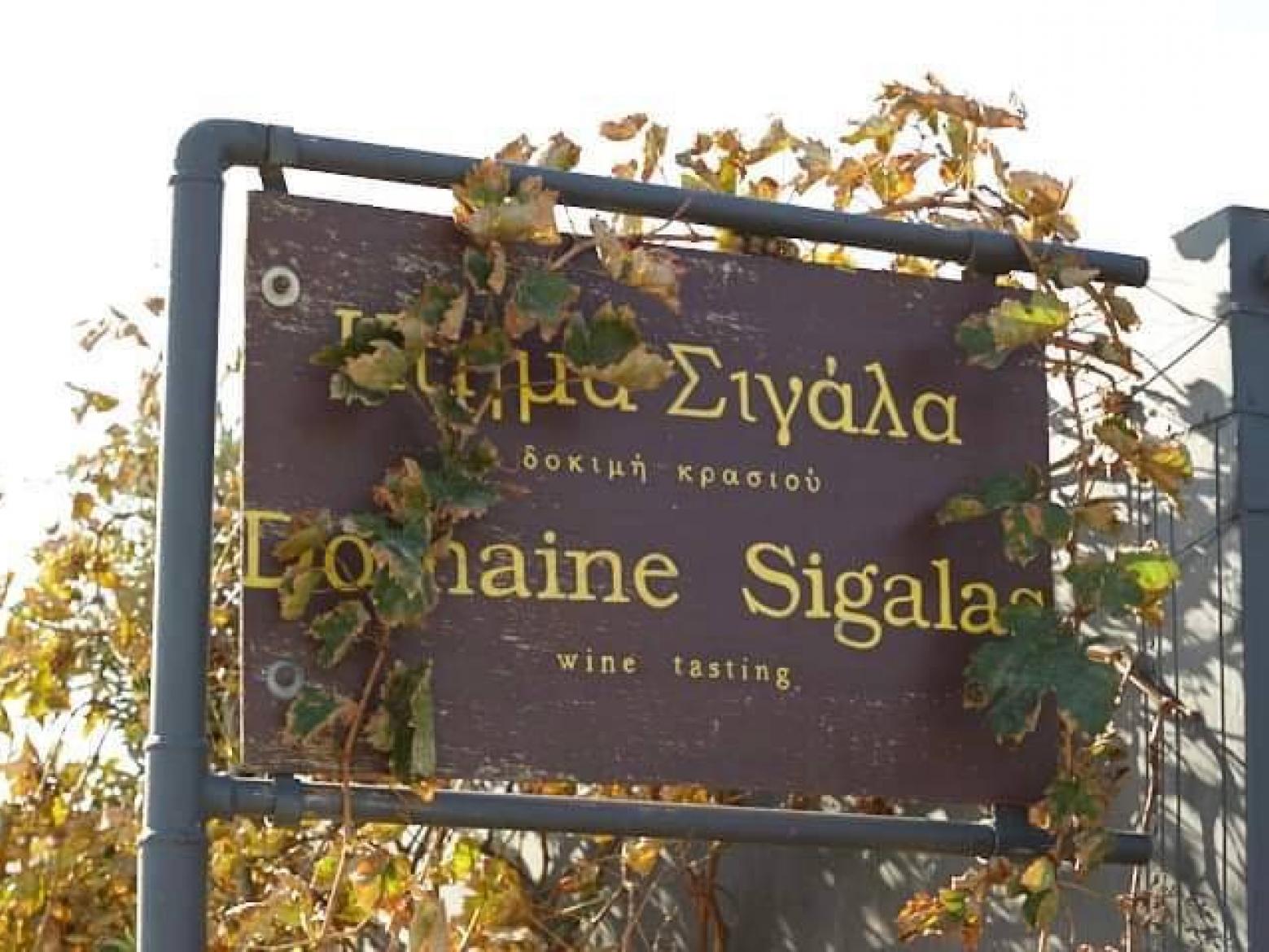 With a production of almost 300,000 bottles from about 37 ha (data from the book The Wines of Santorini), the historic Domaine Sigalas has been going through a new phase during the past two years. It was January 2020 when the ownership status changed, and shipowner Thanasis Martinos acquired a majority of 60% for 2.3 million euros. The remaining 40% was maintained by Ktima Kyr Yianni Estate, which took over the management of Domaine Sigalas.

"Not much has changed in the past two years as Paris (Sigalas) remained in charge up to the 30th of June", the CEO and producer Stelios Boutaris stated. "Now the challenge and responsibility are in our hands. Our top priority is the vineyard, and we have to see what needs to be done to upgrade it to combine both yields and quality optimally”, he says. A central axis for the estate is an irrigation scheme, particularly for the young and trellised vines (apart from the well-known kouloura, Santorini also has trellised vines known as the "heretics", first supported by Paris Sigalas). The producer believes that this change is for the better, and he adds that the aim is to restore quality in the raw material. This will be achieved by mapping the vineyards to reveal whichever weaknesses they may have, especially the vineyards that are not at the desired level.

It is known that viticulturists are particularly important on an island where most producers cannot be 100% dependent on their own production but need to buy in grapes. "We are building strong working relationships with our growers and are aiming at achieving a balance between quantity and quality. We are also exploring possibilities outside Santorini," says S. Boutaris. The Iles de Sigalas project with grapes from Paros did not satisfy us and will not continue. Instead, in 2022, the Aa will be produced again  (an Assyrtiko-Athiri label), but it isn't easy to know at this time if it will be released as Santorini or PGI Cyclades. Wine from the other islands of the Cyclades continues to be high on the priorities of the estate, and we cannot rule out the possibility that you may see some efforts from islands such as Naxos (Fokiano) or Paros (Mandilari), but also Serifos and Tinos in the future.

In this new Sigalas era, the style will remain 100% stable. “Paris has a larger than life personality with a huge footprint. The style of his wines are to our liking, and we will be following the same protocols,” says Stelios Boutaris. He continues by saying that he is happy that P. Sigalas will carry on expressing himself and creating with his new project Paris Winery.

The Estate is optimistic about the future since the turnover in 2021 amounted to 2.8 million euros, with a prediction of 3.3 million euros for 2022 (15% rise). "A large investment was made of 1.1 million euros in 2009 with no return on it yet, and of course the more recent investment by Mr Martinos. Despite covid setbacks that took us to 1.6 million euros we are very optimistic since we have tied the loose ends of many years and managed an evenly distributed turnover between Greece / exports / Santorini” the producer states.