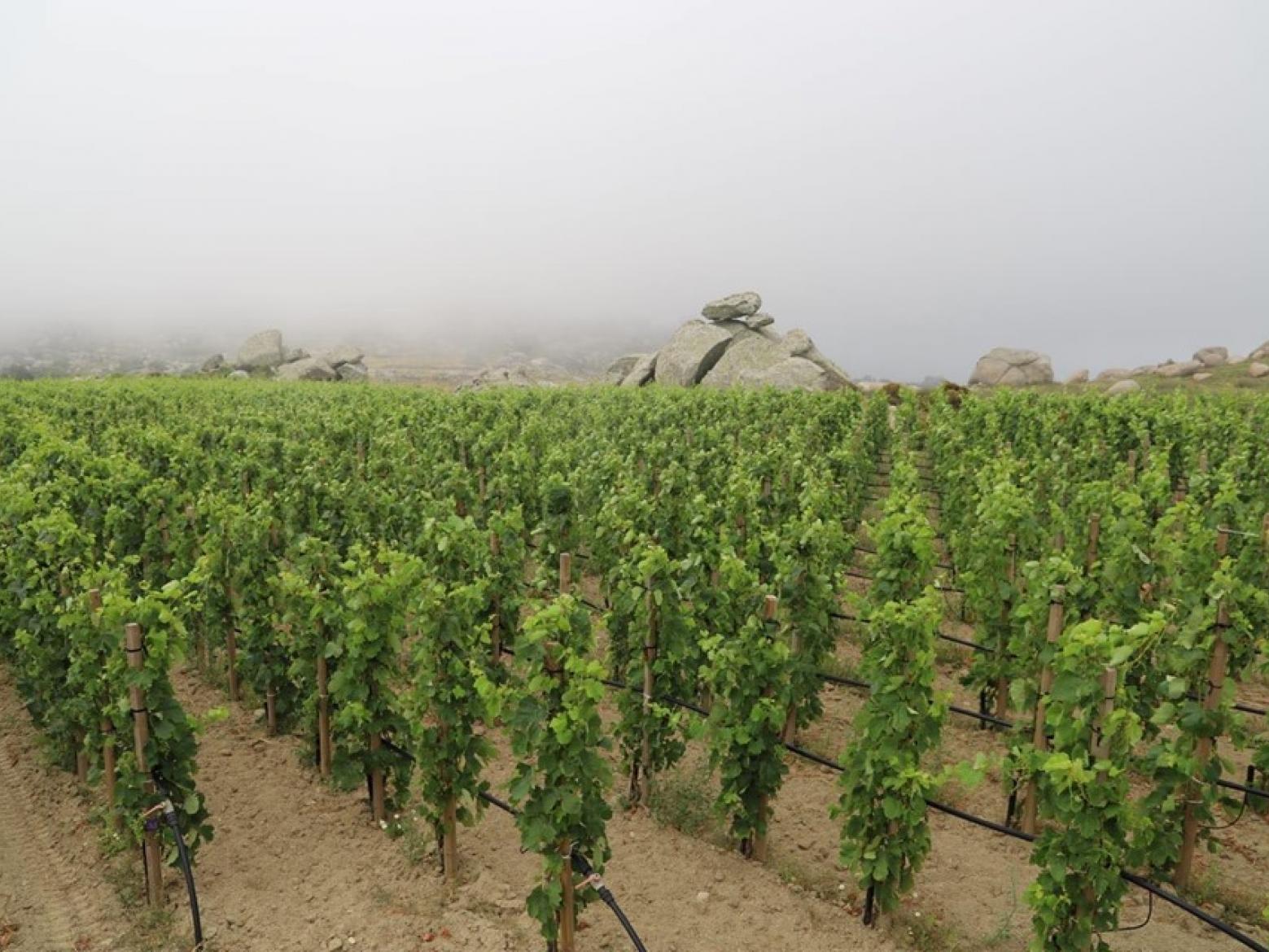 Pirates of the Aegean Part 2: Visiting T-Oinos in Tinos

Humans are creatures with great curiosity, don’t you think? They try to make sense of their surroundings and explain the wonders of their world. From the very beginning of civilization, science or religion were used to interpret these wonders of nature. In ancient Greece, in particular, the creation of the Cosmos was depicted in Greek mythology as the massive battle between the Gods and the Titans, known as Titanomachy.

It is with this myth that the mystery of the huge granites found on the island of Tinos is answered. The story tells us that when Zeus defeated Saturn and the Titans, who were drowned in Tartarus, Gaia (Earth) was infuriated with Zeus and all the Gods of Olympus, including their children. She stirred up the Giants and they fired huge stones and flaming acorns into the sky. The myth also tells us that the aid of a mortal would lead the Gods to victory. Hence,  Athena, the daughter of Zeus, asked Hercules for help and then Dionysus, the god of wine hurried to assist Hercules. Isn’t it fascinating that the God of wine was involved in the creation of one of the most exciting terroirs in Greece?

In geologic terms, the shapes that constitute the island, like those of the neighbouring islands, are seated on an underwater plateau, that roughly covers the centre of the Aegean, the surface of which is found at 100-200 metres depth under the sea. This plateau is mainly made up of transformed rocks, characterised by granitic infiltrations. The mining wealth of the island has been explored for centuries and it has brought much prosperity to the island during the different eras of its long history. The granite rocks of Tinos have an age (middle - later Miocene period) of 18 - 7 million years and they form a triangle; one tip is at Exombourgo, one in the bay of Leivadas and one in Kakia Skala. The total area of granite covers 22,6 kilometres. The impressive feature of these granite appearances is their various geomorphs, which were created by humification.

There is no doubt that I personally prefer the version of the myth to the scientific explanation.

It is this terroir that drove Alexandre Avataggelos and Gérard Margeon, the executive head sommelier of the Alain Ducasse group, to establish the T-Oinos winery at the beginning of the new millennium. The first vines were planted in 2002 & 2003, on 110R rootstock and with wooden stakes, resembling some of the vineyards of the Rhône valley. Or to be more precise, due to the presence of granitic boulders, Sierra de Gredos in Spain. The extreme density of 10.000 vines per hectare is quite unique for Greece. Precipitation allows dry farming, but drip irrigation has been installed to help young plants and to avoid excess stress in warmer years. The Meltemi winds, which are quite fierce during the summer, plus the 450m altitude push the harvest to about a month later than that of Santorini.

The majority of the vineyards are around Falatados village, in the central-south part of the island, where their famous Clos Stegasta vineyard (pictured above) is located. A 7ha parcel that is planted with 95% Assyrtiko which was imported from Santorini and went through the needed quarantine and virus check period. There is a 0.3ha surface covered with Malagousia and Mavrotragano. Most of their Mavrotragano, that constitutes the Clos Stegasta red wine, comes from their Rasonas vineyard, which is on lower altitude and clay-schist soils. Total vineyard area is about 13ha and even in the most generous vintages total annual production rarely exceeds 20.000 bottles.

It didn’t take long to establish Tinos and T-Oinos respectively as one of the most upcoming terroirs in Greece. Assyrtiko on granite is a different ‘beast’, something between the austere and racy examples from Santorini and the fruitier and more playful wines found in the northern part of the country. The pH is slightly higher than that of the wines of Santorini, averaging between 3.10-3.15, which gives a fine string of acidity that lingers on the palate of these wines. The fruit is a bit more pronounced, with some zesty and stone-fruit notes, backed with a creamy, oaky texture that adds weight and roundness. I have to confess that on my first encounter with the wines, I found them rather heavy on the wood. This has changed dramatically and the oak now plays a supporting, rather than a dominating, role. Thanos Georgilas, the chief winemaker and day to day manager of the estate confirms that back in 2013-2014 barriques were used, which had a dominant effect on winemaking. Since 2015 and with the consultancy services of the terroir genius who listens to the name of Stéphane Derenoncourt, there was a gradual change in style.

Stéphane Derenoncourt leads the team with his unique approach of ‘listening’ to the terroir and intervening the least possible in the winemaking process. He is an autodidact, who shocked the world in the early ’90s when he transformed some of the estates of the Right Bank. Some of his clients are famous Ch.Pavie Macquin and Larcis Ducasse in St.Emilion or the Ch. Talbot in St.Julien to name just a few. He and his team manage more than 200 wineries around the world, from Bordeaux to Napa, Turkey and Greece. We have met on numerous occasions at Bordeaux tastings and en Primeurs and I was excited to hear his involvement with T-Oinos. Under his guidance, the winemaking team started using demi-muids* from Taransaud and Stockinger coopers, alongside 3 terracota jars** from Italy and one amphora from France which is cooked at a much higher temperature. The results are fascinating.

For the white wines, whole bunch pressing is used and then cold settling. Fermentation takes place in a 2-ton stainless steel tank and subsequently the wines are transferred to the combination of vessels described above. There they stay on their fine lees for a period of 5-6 months for their classic cuvée and 6-7 months for their ‘Rare’. The ‘Rare’ is also terroir specific, as it comes from 2 parcels within the Clos Stegasta vineyard that has a higher percentage of clay, which gives a broader and more powerful expression. 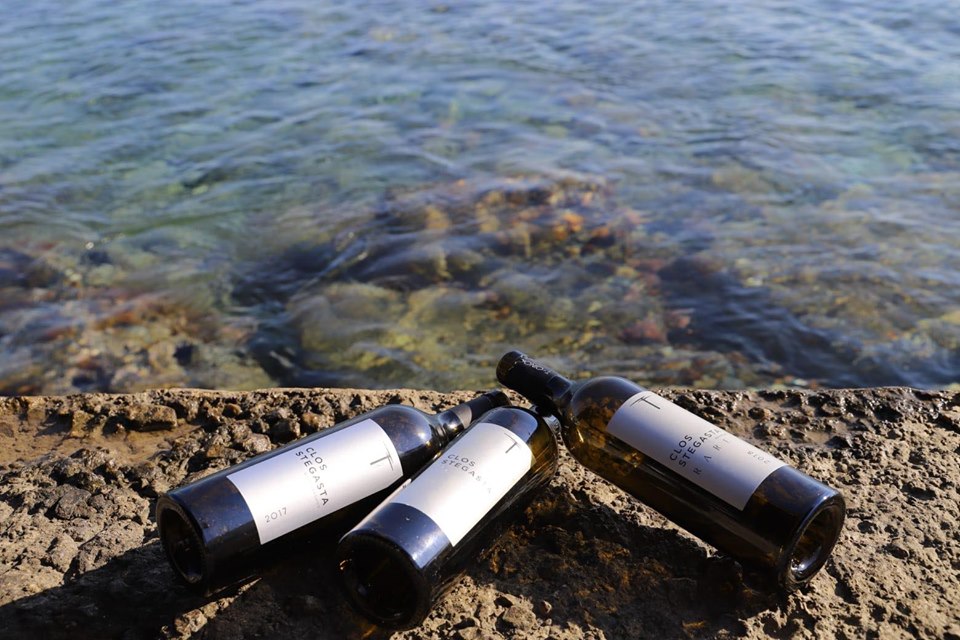 Tasting their 2017 and 2018 vintage side by side, is a fascinating operation. The 2017 has an appealing and playful nature without sacrificing the long and fine, vertical profile, as I call acidity that derives from the granitic soil. It is a joy to drink now and of course for the years to come. The 2018 shows the warmth and generosity of the vintage, with concentrated fruit and slightly pronounced oak and sulfur that both need a couple more months to integrate. Bear in mind that these wines have just been bottled. Sulfur is kept at a minimum, with 30ppm free SO2.

Mavrotragano examples almost follow suit with the Assyrtikos. The ‘normal’ cuvée comes from schist soils and the ‘rare’ from clay-rich soils. Regarding winemaking, some stems are retained in the fermentation process and according to the vintage, this varies from 10-20%. After fermentation, the wine is transferred to a combination of barrels and stays there for 10-12 months for the classic and 12-14 months for the ‘rare’ cuvée. The classic cuvée, and especially the 2017 vintage, shows an elegant spiced roses nature wrapped in crunchy red and black fruit notes, with bright acidity and a long finish that is totally different from any other Mavrotragano I have ever tried in Greece. The ‘Rare’ is a thoroughbred that has the muscles and stamina needed for the long run. It maybe lacks the immediate pleasure that the classic cuvée demonstrates at this early stage, with a firm tannic structure that definitely needs time to come together. Also, it seems to have the right concentration of fruit, which is darker, riper and compact. My advice is to drink the classic now but wait for the ‘Rare’ to mature.

I have spent most of my career abroad and always felt proud of speaking to international crowds about Greek wines. The progress of the last couple of decades has been phenomenal, but I have to admit that the reason that I am always modest is because that I believe that we could be doing much better as a country. We have not yet reached the point of hosting a Romanée Conti, a Vega Sicilia or a Conterno in our land;  iconic wines that people burn to get their hands on and are willing to spend a fortune for. There is potential though which hides in the unique terroirs and the even more unique grape varieties that are hidden like forgotten pirate treasures in every corner of this beautiful country. Follow the pirates of the Aegean for a unique journey around the islands. You might not get rich on investing in these wines, but as Cavafy told us in his famous poem ‘Ithaka’, Crete, Tinos or Santorini will give you the journey; the pleasure and the adventure.

*Demi- muids are 500-600lt barrels, bigger than the normal barrique which holds 225lt. This means that the wood to wine ratio is different and the wine gets fewer woody notes from the barrel itself.
**Terracota barrels or jars, from the Italian word meaning baked earth, are vessels that are normally cooked in ovens at about 700°C. At this temperature, they have a Micro-oxygenation rate which is 4 times more than that of regular wine barrels. To reduce their porosity you need to ‘cook’ these vessels to a much higher temperature, with the most known example to be porcelain which is literally non-porous. Hence the French amphora that they are using is less porous and allows smaller quantities of oxygen to go through. 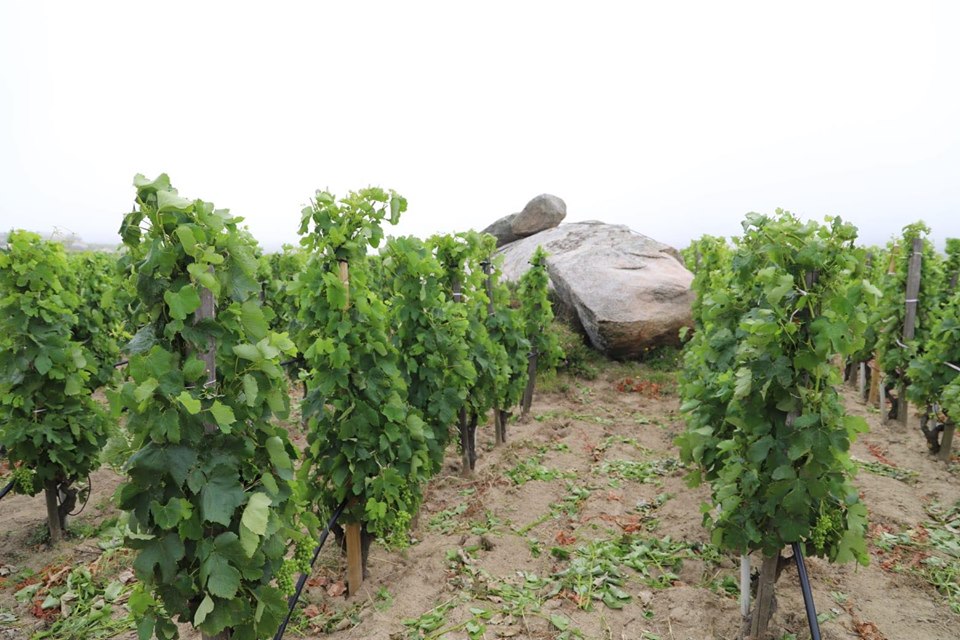 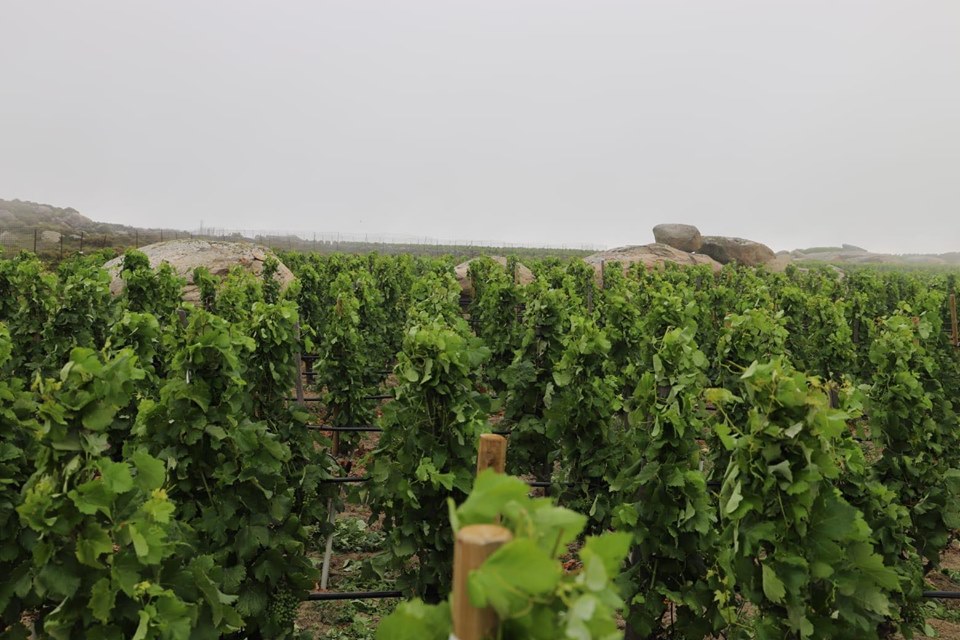 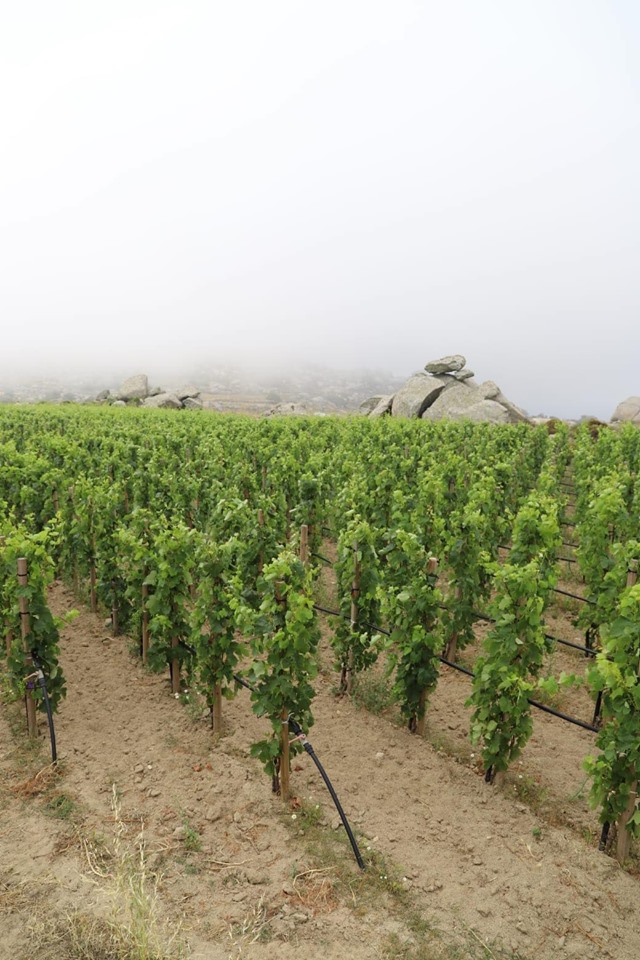