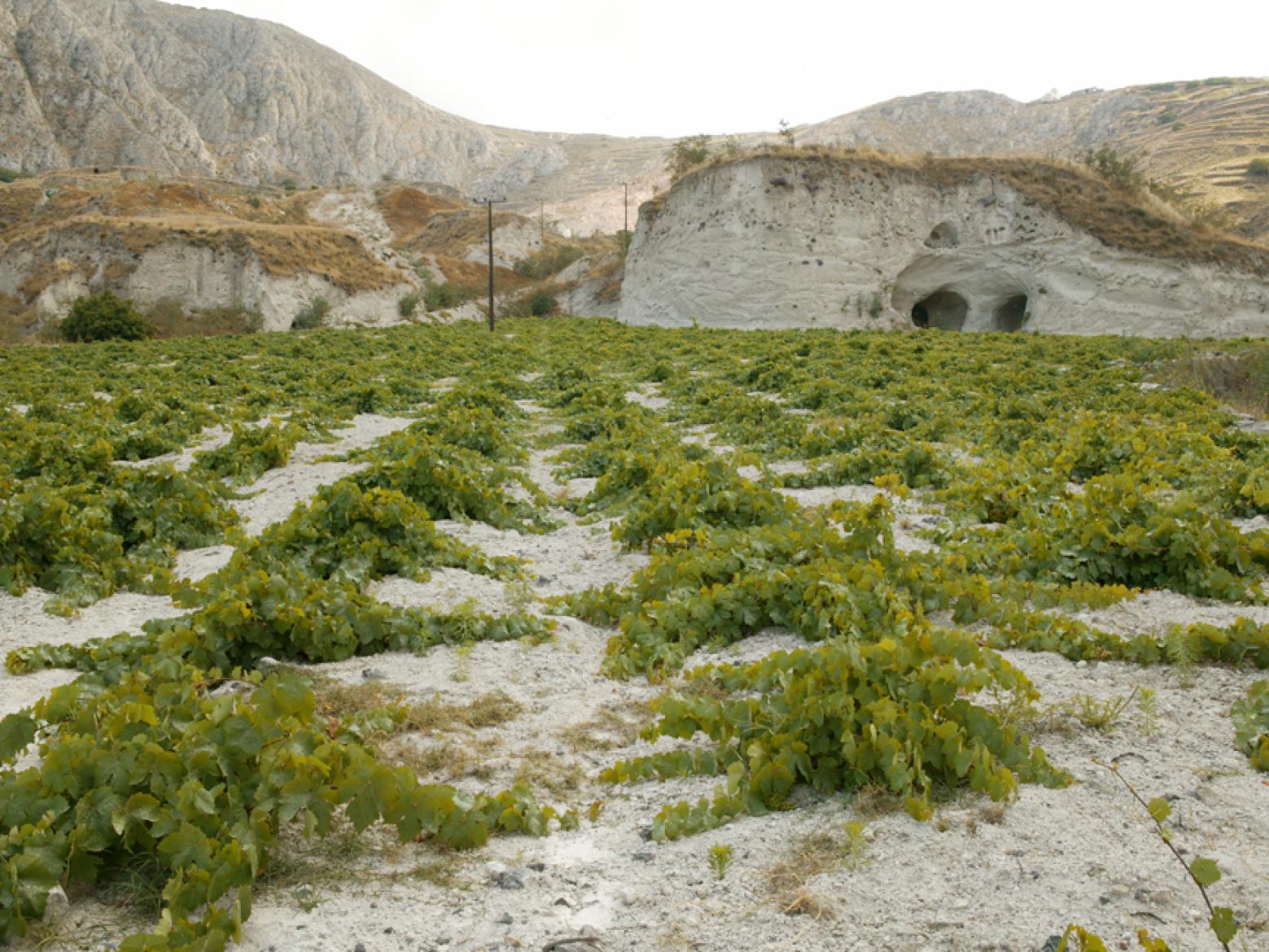 The thousands of years of wine history and the claim that ancient Greeks were the first to institute a wine culture could make Greece the place to look when seeking wines from old vines. Let us not forget that the most famous Greek wine of our times, Santorini Assyrtiko, is sourced from century-old vines. Moreover, the Pausanias ancient vine that Pausanias, the Traveler (110-180 AD), visited in 172 AD, is located on the Prefecture of Achaia and the Prefecture of Arcadia on Peloponnese, just 140 km from Athens.

On Santorini, the Jurassic Park of vines, no one knows the exact age of the vines. They could be 100 years old, or even 200! These majestic vines are a wine-wonder, having survived through wind and fire. Some vintages were incredibly hot and arid, such as 2017, or highly windy such as 2019, which massively impacted quantity. However, quality remained very high, with old vines playing their role. The wines combine power and freshness, breadth with razor-sharp acidity, focus and precision. Are Santorini wines, as Andrew Jefford argues, the most pronounced vin de terroir in the world?

But, if one says that Santorini is the only place in Greece with old vines, it would be like saying that Picasso only painted The Young Ladies of Avignon or that Prince (or the artist formerly known as Prince) is only known for his song Kiss. Greece has so much to contribute to this discussion. From north to south, there are scattered plots of old vines in Macedonia (Amyndeo and fewer in Naoussa), in Rapsani and Central Greece, in Attica, where most Savatiano is more than 50-60 years old, and the Peloponnese (Achaia, Nemea and Ilia). A high percentage of my home island of Cephalonia is planted with old vines, and on Crete, there are patches in Rethymno, Chania and Sitia. Other islands in the Aegean, such as Tinos, Rhodes and Samos, also boast such examples.

In short, there are old vines everywhere in Greece, with more than a handful of winemakers inspired by the idea of crafting wines that are highly expressive of their origin. The question is, for how long will this be so. The fact that these vineyards have not been recorded threatens them with extinction. This could mean that rare varieties will also be lost this way, some of which may not have even been identified. "I missed the opportunity of saving an old Limniona vineyard in Rapsani for just a few days. The viticulturist pulled up the vines", a well-known producer confessed to me a while ago, with heartache. I've been told the same sad story repeatedly by producers from Crete and Tinos to Naoussa and Amyndeo. Even in Santorini, some voices support the uprooting of old vines that are counterproductive and would like to replace them with new ones that will be more generous-yielding.

There is no doubt that the old vineyards need different management. At the first Old Vines Conference held, the famous viticulturist Marco Simonit spoke about decisions concerning the architecture of the plant and the pruning methods that affect the yields and longevity of the vine. For example, he argues that the old wood should never be pruned, only the new wood. I am sure that the Old Vines Conference will provoke a chain reaction that will raise the awareness of all those involved in protecting the old vineyards, so I am happy to participate as a regional ambassador.

This is the call we need to undertake; this is the idea we need to defend. By protecting the old vines, we preserve our heritage and our tradition. We show respect to life and nature, and we advance the discussion about authenticity and terroir further.

The old vineyards of Greece are another wine treasure that we have not yet highlighted enough, especially outside Santorini. A challenge that may add valuable elements to Greece's wine narrative, especially in combination with the plethora of our indigenous varieties. 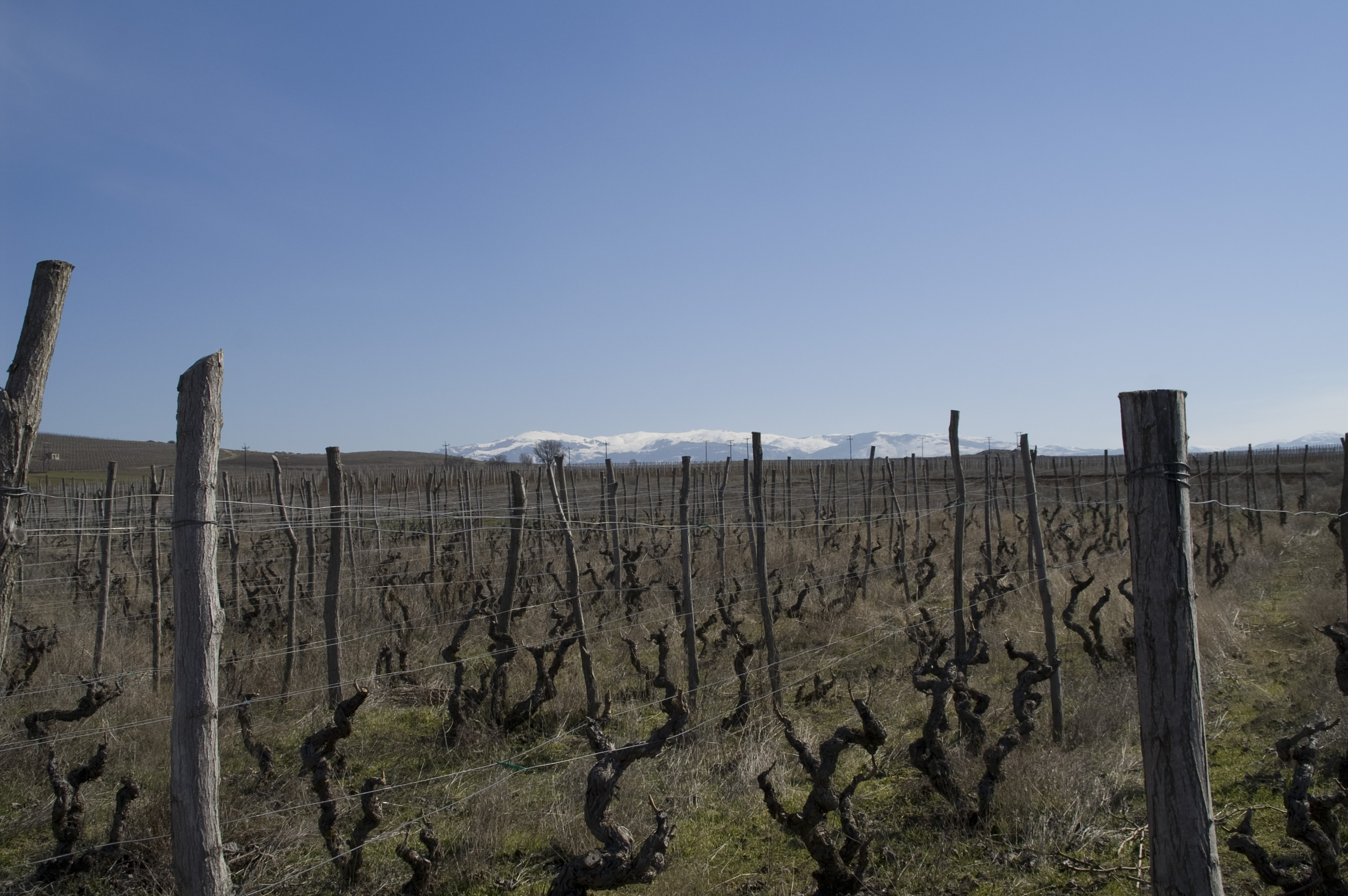