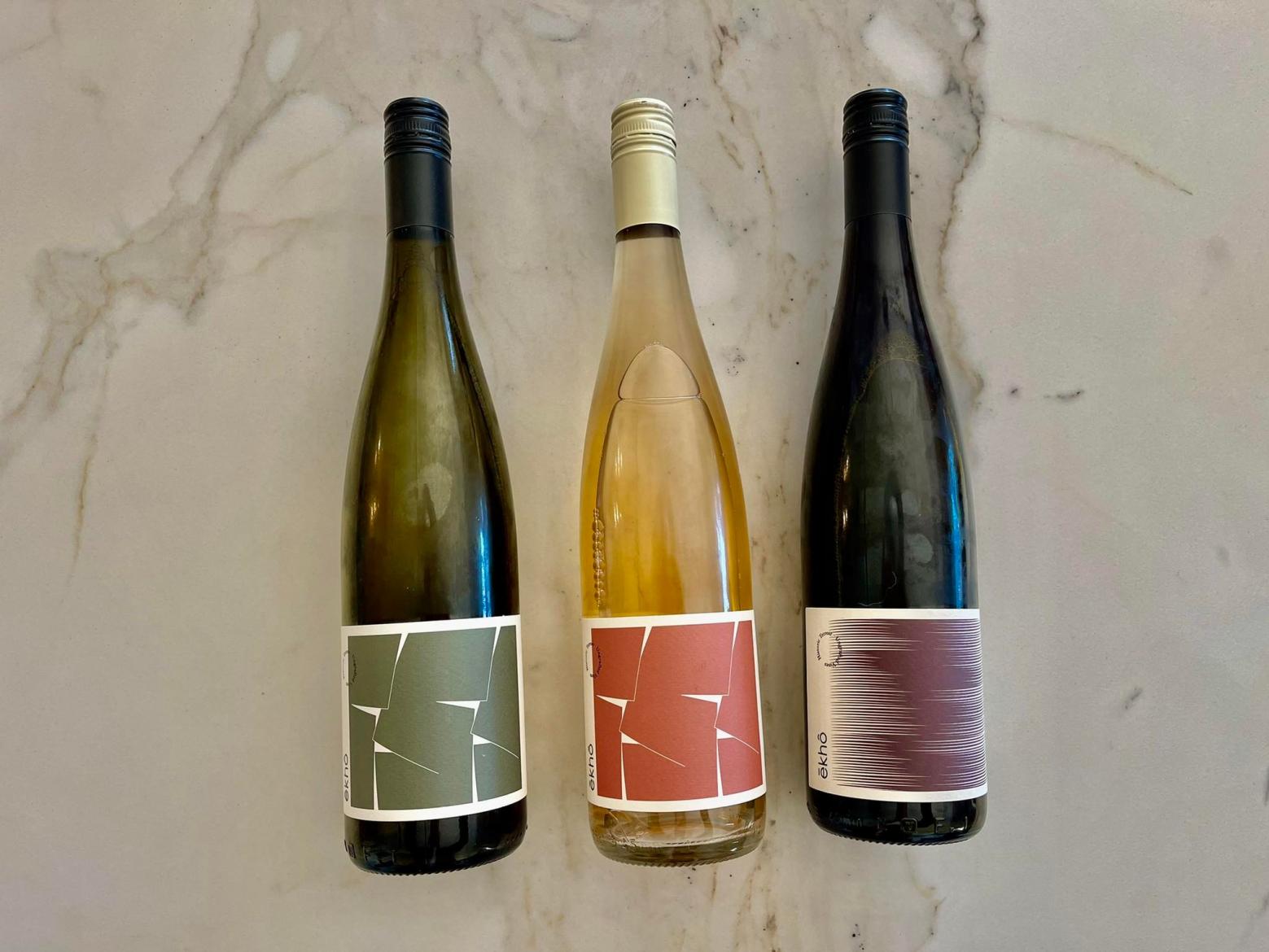 The Ekho wines project is a new venture that deals with old vines from areas of historical significance. "It's a  transportation of the past and its reflection in the present", comments Lefteris Anagnostou, the oenologist and co-founder of Ekho wines, with extensive experience in Santorini wines. He explains that this is an idea he had been toying with for at least four years, with the foundations set in 2020.

"The idea of the project is based on the intent of re-approaching wine regions of historical significance in Greece and restating their expression through the vinification of particular plots. These areas have powerful bonds with vine-growing and winemaking, lost over the centuries, and in most cases, produced wines that were renowned in ancient times. The historical bonds are the unifying element, whereas the old, own-rooted vines, of both known and unknown varieties, are the instruments of this transportation to our days using a contemporary approach."

Naxos was his starting point, which Anagnostou describes as a staggering and wild landscape with a plethora of old vines, some of which are found on very steep terraces with absolutely no access and are over 120 years old. "I have been working with Konstantinos Makridimitris since 2018, the owner of the wineshop Oenohoros and a local producer. Together we have been searching for vines and just generally….running around," he continues.

Naxos, an unexplored vineyard territory, has a rich heritage of varieties entirely unfamiliar to most. There is a white variety, Karaibraim, recorded, however, as a black grape variety in the bibliography, which means we do not know precisely what it is. There is also much Potamisi, Aidani and many of its variations like Moscaidano. There are two more varieties, one rather provocatively named Bastardiko and the other Tzemeri which I have never heard of, but of course, one can also find the better-known Assyrtiko, Fokiano and Mandilaria. Most are own-rooted bush vines. Some literally crawl on the earth. (you can find photos from Anagnoustou archive at the end of the article)

Vines can be found on clay-loam soils, except in the northern part, where they are mostly sandy near Apeiranthos (considered the birthplace of Dionysus), Philoti and Kommiaki. "We buy grapes from contracted growers with who we have steady working relationships. Unfortunately, many abandoned vineyards are in danger. For the time being, we vinify outside the island, but there are plans to start a winemaking installation". 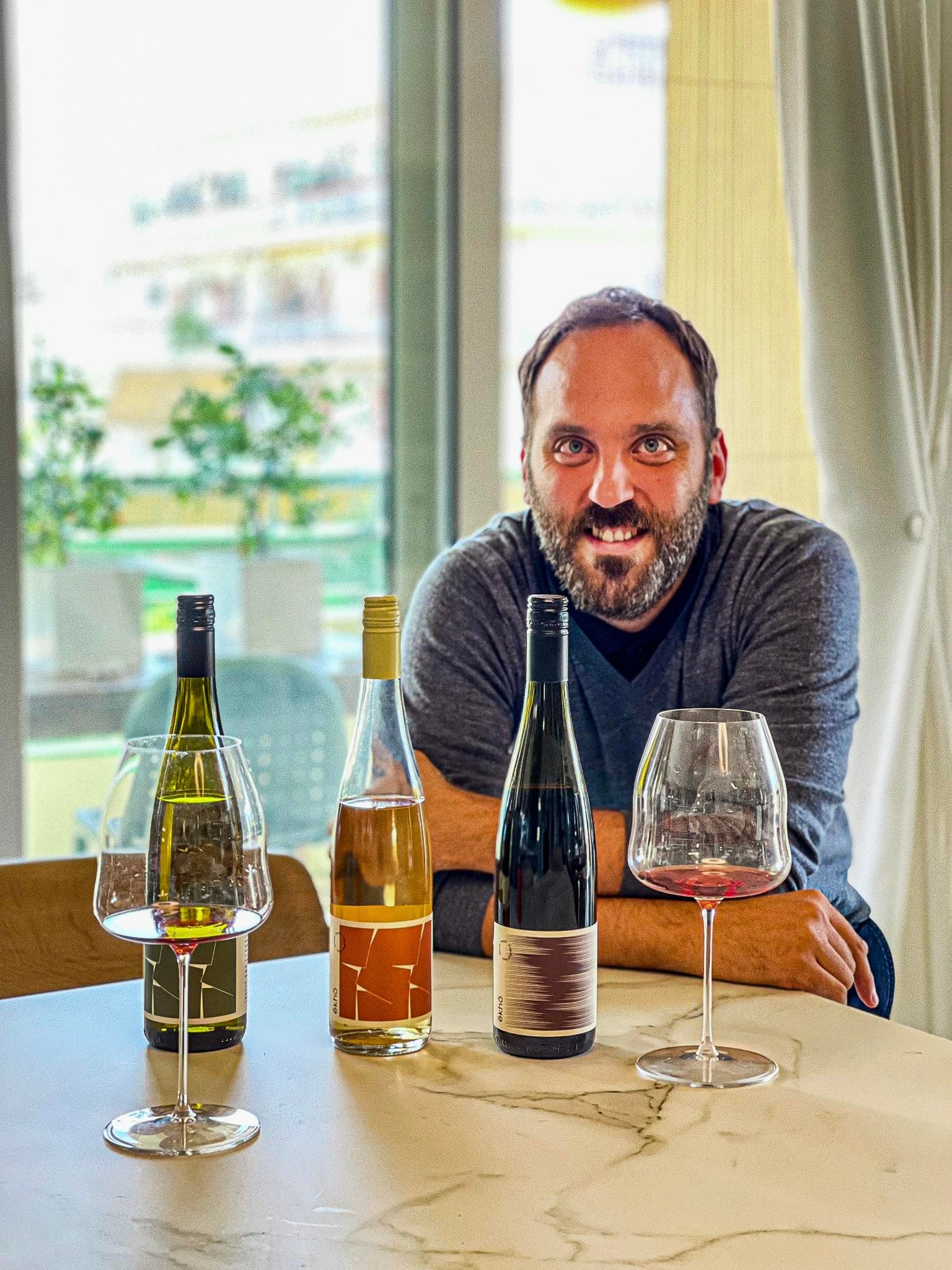 Below you will find my notes on these three new wines as I consider this project innovative by all standards. In addition, I am fascinated by the idea that it is trying to showcase lost wine stories and treasures that we probably didn't know existed.

The grapes are sourced from a vineyard about 1km from the sea at about 200m altitude in northern Naxos. A field blend of the black variety Fokiano and some inclusion of the unknown white variety Bastardiko. An own-rooted vineyard, about 50 years old, low-yielding, on terraces.
The grapes were harvested early to retain acidity. Vinification with neutral yeast, lees ageing for 10 months and using acacia barrels for 1/3 of the wine. Production is at most 1215 bottles.

Tasting Notes: A sweet, floral nose with oak notes hovering in the background. Aromas of cherries, strawberries and peaches. A lively palate with lovely acidity and a tiny amount of tannins that give it character and structure. A gastronomic and idiosyncratic rosé. Price, 25 euros. (YK)

The grapes are from a highland vineyard at 600m elevation at the foothills of the Za Mountain in the centre of Naxos. A field blend of several white varieties based on Potamisi, Aidani and Karaibraim. Own-rooted, over 150 years old, low-yielding vines on terraces. Vinification in stainless steel is initiated with ambient yeast for aromatic complexity. 10 months of lees ageing. 1010 bottles.

Tasting Notes: Herbal on the nose with sweet aromas of apricots and some herbaceous notes, the palate has zesty acidity with a Santorinean salinity, tension and energy. Price, 25 euros. (YK)

The red is an experimental wine yet to be released from the 2020 vintage made from Limnio from the salt marshes of Limnos. One of the few remaining own-rooted vineyard plots of the island aged over 80 years. 100% Limnio, low-yielding vines on sandy soils of volcanic origin. 20 months of ageing in stainless steel and 300L third-use barrels for 60% of the wine. A total of 580 bottles.

Tasting Notes: Floral with pronounced pomegranate, sweet tomato, dark cherry, pepper, and nutmeg. Light and contemporary on the palate with refined peppery tannins. A wine of light extraction that is also explosive and allows the variety to shine through. (YK*) 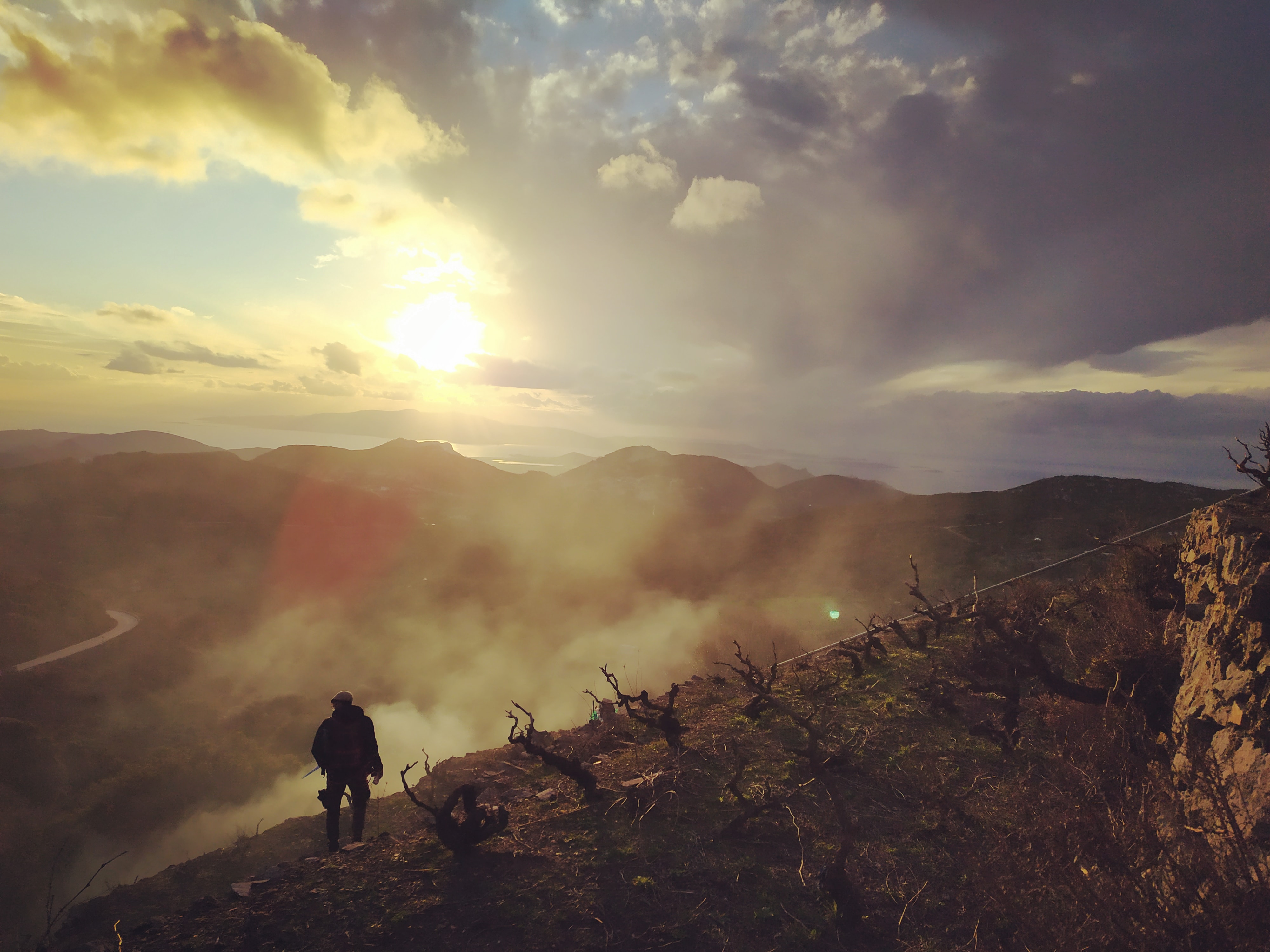 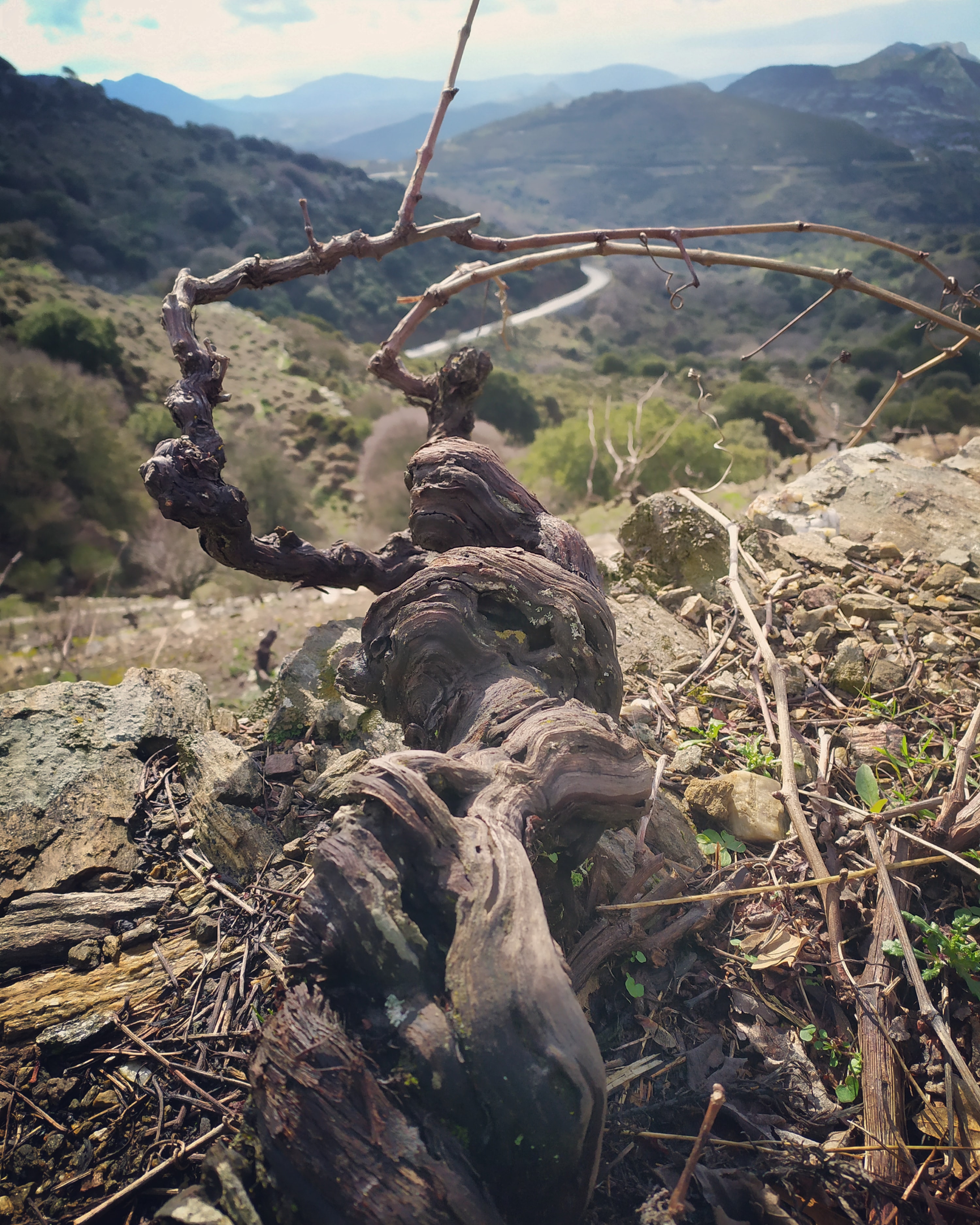 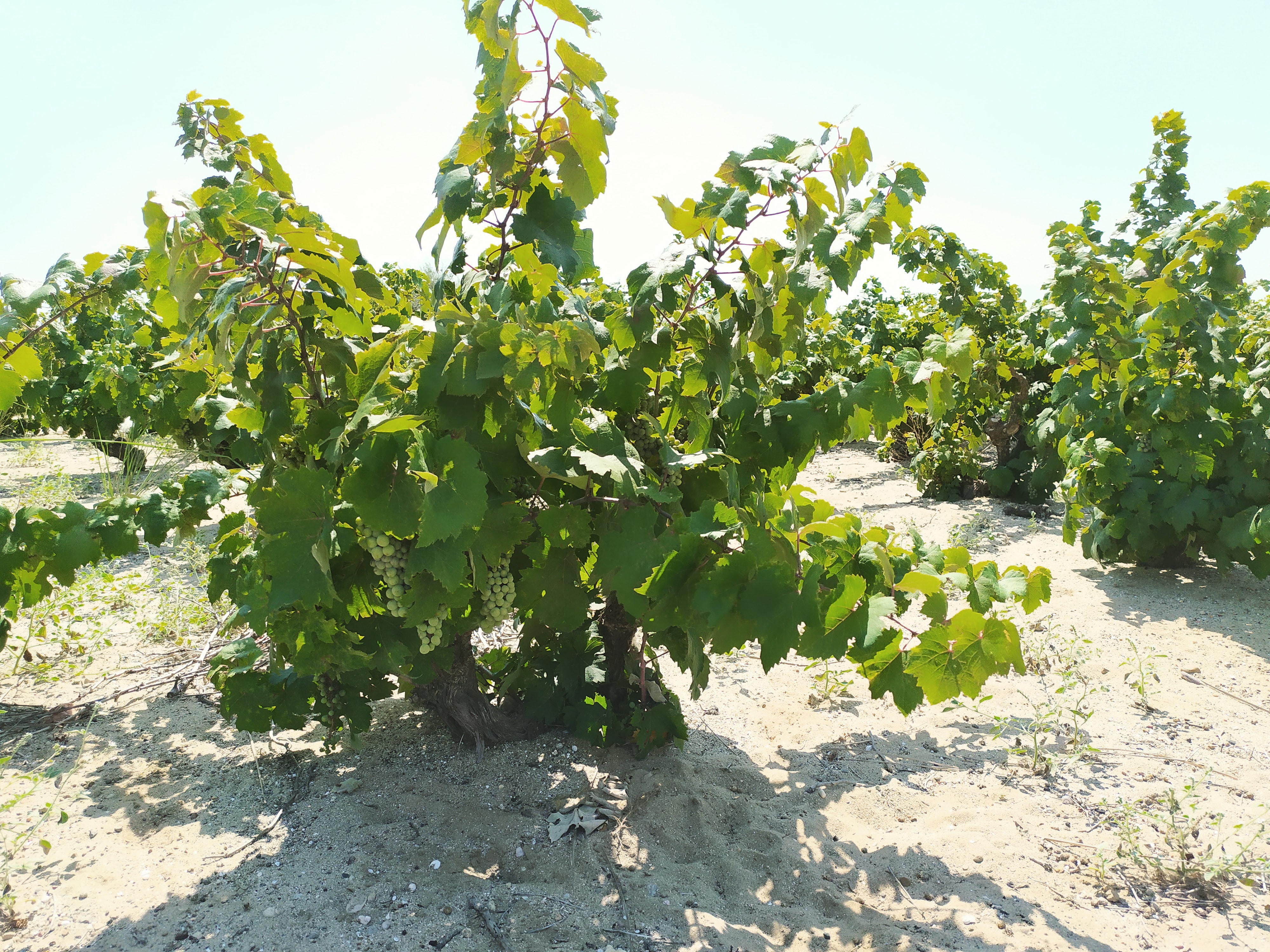 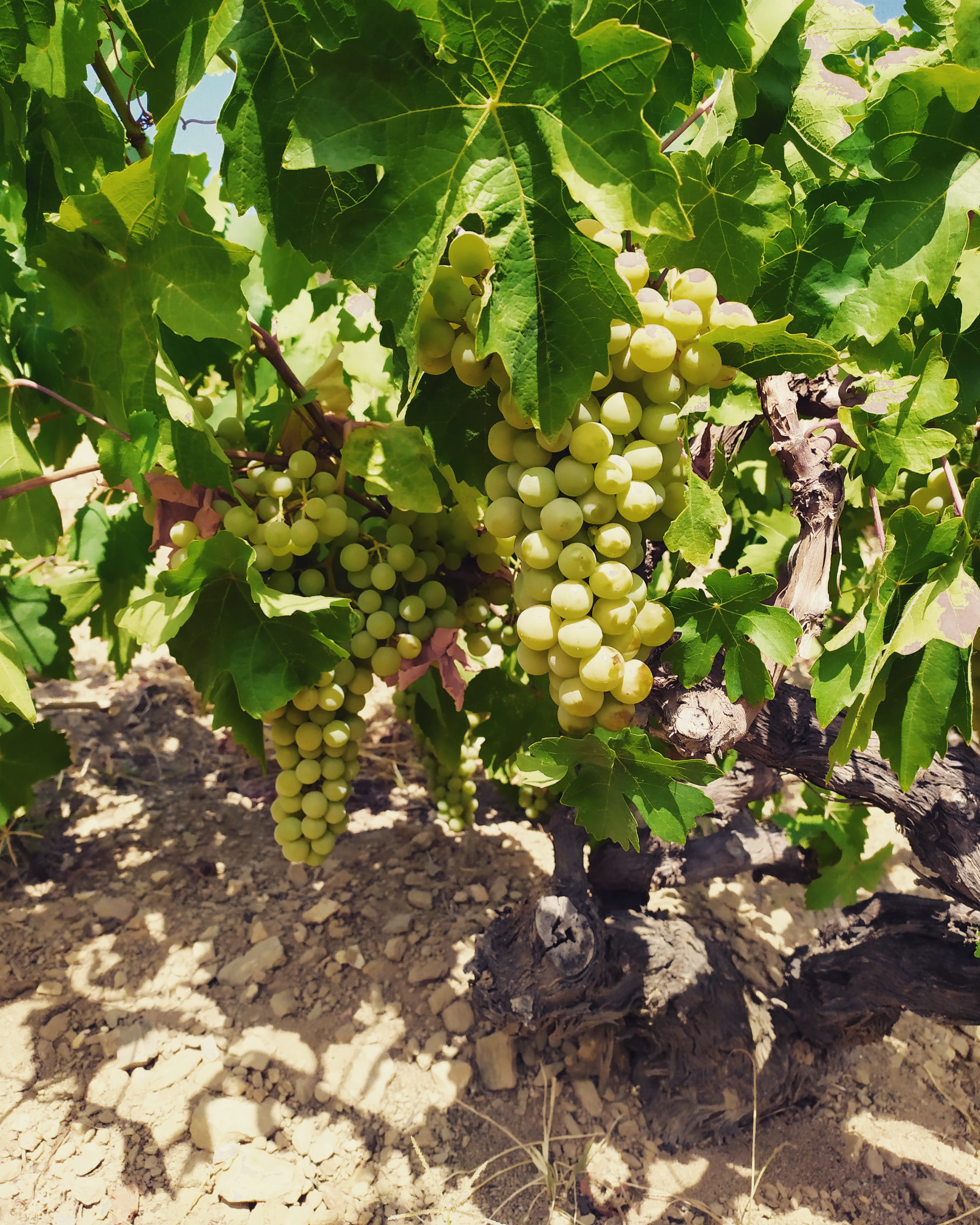